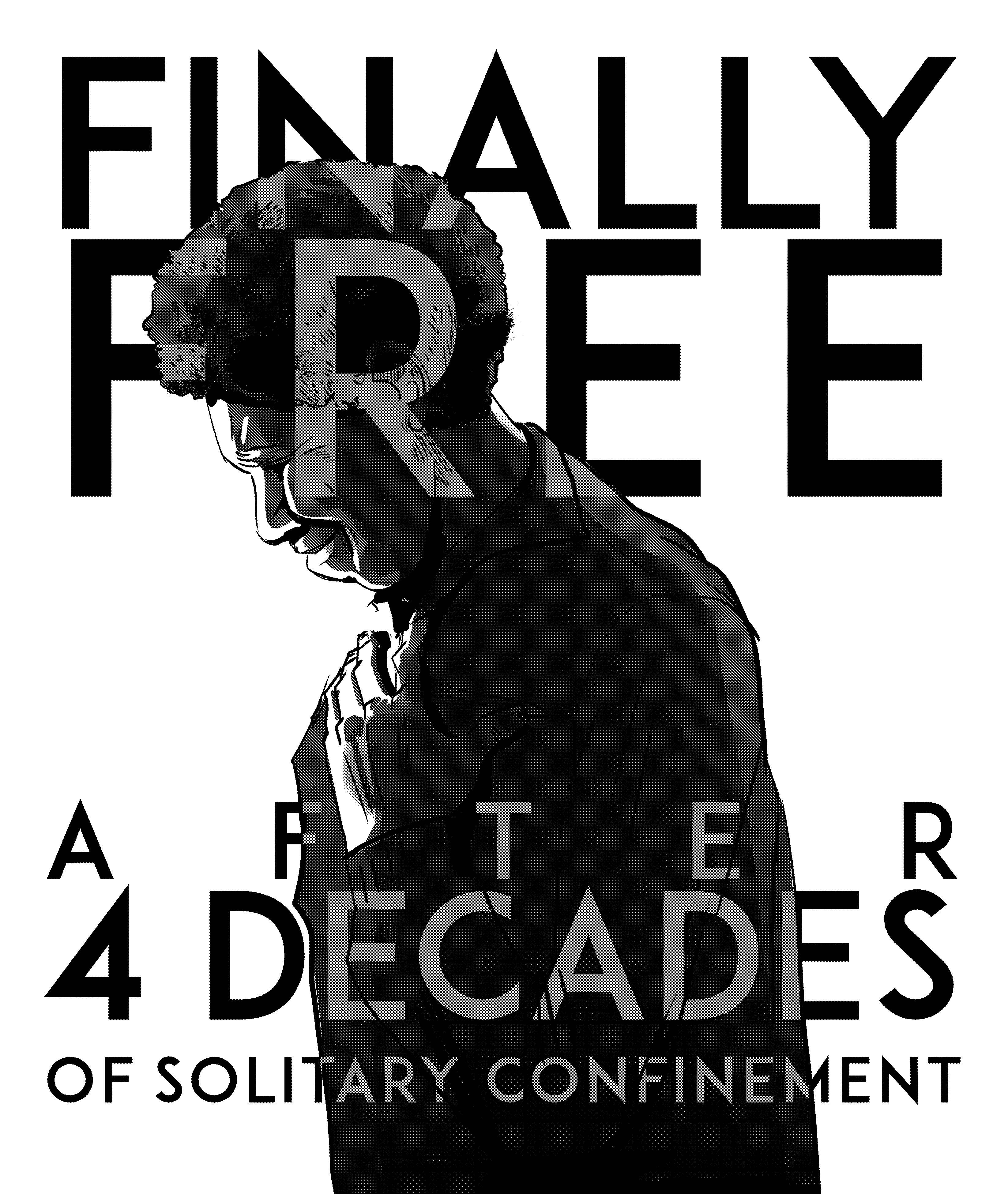 The secret is out: we are men!

But the blunt, open articulation of this secret has frightened the nation to death. 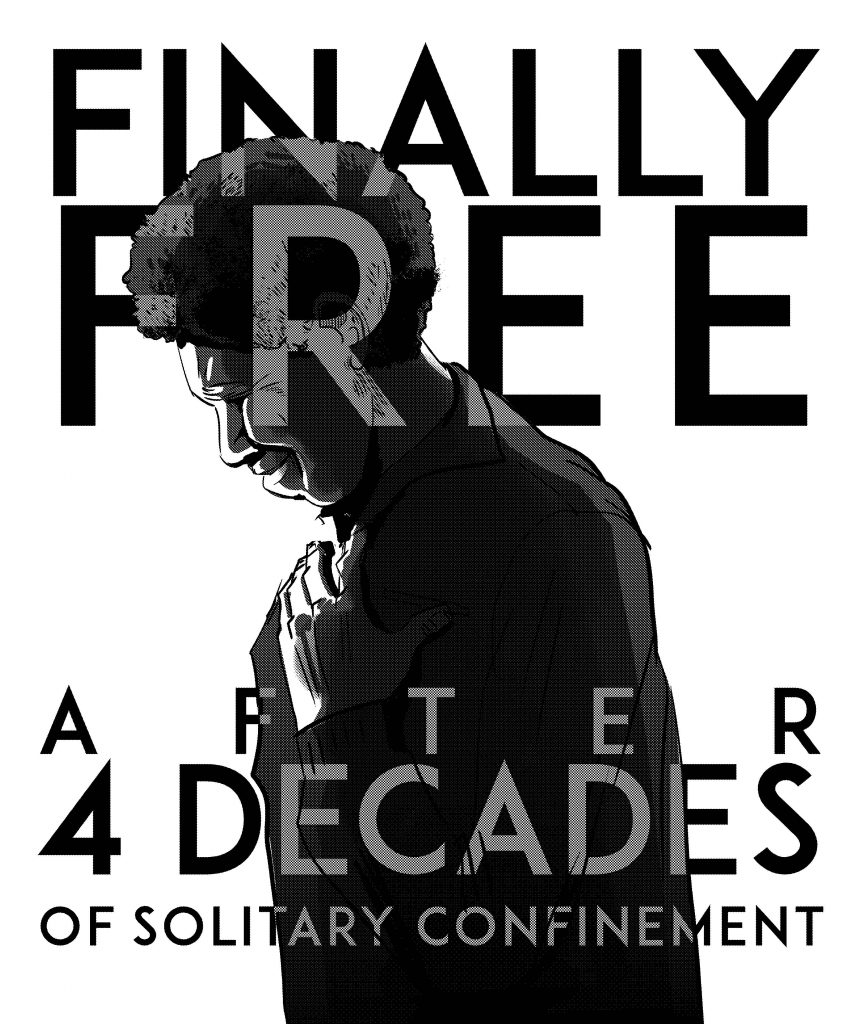 A Cold War-era joke, popular with quietly disgruntled citizens of Soviet Russia, tells the story of a plumber sent to the gulag as a political prisoner. A puzzled intellectual asks him how a simple plumber came to be considered a political prisoner, and he replies: “I was called to the politburo office to check some problem with the sewage pipes, and when I told them that the whole system is broken and has to be replaced, they threw me in here.” During his long sentence as a political prisoner, Albert Woodfox never stopped actively advocating for radical systemic change. He studied law, offering legal advice to other inmates, petitioned for better conditions, and avidly read political thinkers like Malcom X, Martin Luther King, Frantz Fanon, and James Baldwin. In recent interviews, Woodfox has maintained that it was focusing on the larger social issues which helped him keep his sanity. It also made him a formidable opponent of the State of Louisiana, as he tirelessly fought legal battles against the conduct of the prison and the failure of due process throughout the four decades he was held.

Albert Woodfox, who until recently was the last member of the Angola 3 to remain incarcerated, was sent to Angola Prison in 1971 for armed robbery. Shortly thereafter, he escaped and ran away to New York City, where he joined the Black Panther Party. After being sent back to Angola, he and other members of the prison’s chapter of the BPP succeeded in organizing fellow inmates to protest against the brutal conditions there. In 1972 he and Herman Wallace, also a member of Angola’s Black Panthers, were convicted of murdering Brent Miller, a young and newlywed prison guard, though there existed no physical evidence or motive tying them to the crime. Woodfox then spent the next 42 years in solitary confinement, in spite of the fact that his conviction was overturned three times. As of February 18th, 2016, he has been released from custody on a no contest plea. 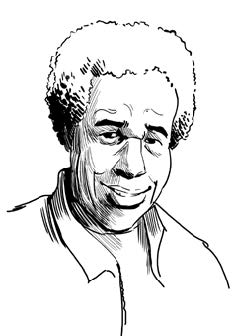 That Woodfox is now a free man is nothing short of a miracle, since when it came to the Angola 3, Louisiana officials were contemptuous of federal orders, repeatedly disregarding overruled convictions and demands for immediate release. Former Louisiana Attorney General Buddy Caldwell once stated that Woodfox is the “most dangerous man on the planet,” though considering Woodfox’s near-perfect record of good behavior, he couldn’t be referring to persisting violent tendencies. Indeed, without a political motivation it is hard to explain why the State of Louisiana spared neither time nor expense in attempting to keep Woodfox behind bars for the span of his natural life. Marina Drummer, a California-based activist who spearheaded much of the public pressure for their release, was stunned by the breach of justice when she learned about the Angola 3 from their friend and former Black Panther Malik Rahim. “I foolishly thought that considering what an egregious, inhumane action it was to keep them in solitary here in this country for so long, that I would put a little energy in, it would all be resolved, and that would be the end of it,” said Drummer. On the contrary, the more public support they had and the more money raised for their defense, the more the State seemed to dig in its heels.

In 2012, I caught a ride to the Baton Rouge courthouse with Amnesty International activists and former Black Panthers, hoping to write about the hearing set to determine racial discrimination in the selection of the jury during his 1998 retrial. The room was filled with optimistic supporters. The judge was fair, even sympathetic, and the lawyers for the defense had built a strong case. Towards the end of the proceedings, I stepped outside to make a phone call. On my way out, a security guard caught my eye and motioned me over. He asked me if I, or any of the other activists here for the trial, knew the name of the prison guard allegedly killed so many years ago by “that man in there.” I answered that I did. I saw his distress, and appreciated his concern for the victim and his family, but it seemed to me anyone who was somewhat acquainted with the case would agree it had little to do with finding Brent Miller’s murderer. When Miller was found stabbed to death, Herman Wallace and Albert Woodfox were nowhere near the scene. According to the prison records, neither one matched the bloody fingerprints on the wall near the body. Neither did officials ever solve the mystery of who the prints did belong to, even though cross-referencing is a relatively simple matter in prison, where the fingerprints of each inmate are already on file. In lieu of physical evidence, the prosecution relied on the eyewitness testimony of one man who was legally blind, and another, a serial rapist named Hezekiah Brown, who was notorious in prison for being a “professional snitch.”

I asked the security guard how he thought Woodfox’s history with the Panthers came to bear on the case, and he thought for a moment, before looking me straight in the eye. “Have you ever seen a rabid dog? Would you know what to do with one? Well, I’ll tell you: you don’t have any choice but to shoot it before it infects the others.”

The security guard’s words are a chilling metaphor for the belief which Burl Cain, the Warden of Angola from 1995, openly embraced. For Cain, Woodfox’s guilt or innocence in the murder of Brent Miller was beside the point. In a 2008 deposition, Cain said that even if Woodfox were innocent, he should still be in solitary confinement: “It seems as though Albert Woodfox and Herman Wallace is locked in time with that Black Panther revolutionary actions they were doing way back when. And from that, there’s been no rehabilitation… I still know that he is still trying to practice Black Pantherism, and I still would not want him walking around my prison because he would organize the young new inmates. I would have me all kind of problems, more than I could stand, and I would have the blacks chasing after them.” 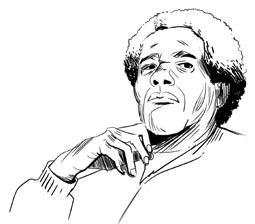 Angola’s view of Black radicals as being dangerously contagious is also evident in the treatment of the third member of the Angola 3, Robert “King ” Wilkerson. A few days after the death of Brent Miller, King was transferred to Angola from Orleans Parish Prison, where he had met and worked with members of the New Orleans Black Panthers who had survived the police shootout at the Desire housing project in 1970. Even though he couldn’t possibly have been involved with Miller’s death from over 100 miles away, officials justified the 29 years he spent in solitary confinement by continuously claiming he was “under investigation” for Miller’s death. The only connection between him and the other two members of the Angola 3 was their shared political values.

This is far from the only case of our legal system holding a grudge against Black Panthers and other radical minority groups with a similar creed. Leonard Peltier, a prominent member of the American Indian Movement, an organization which (like the Panthers) believed in structural change through community support and self-defense, has been serving two life sentences in Pennsylvania for shooting two FBI agents since 1975. The agents, along with an AIM member whose death has never been investigated, died in a shootout at the Pine Ridge reservation in South Dakota. There has never been sufficient evidence to suggest Peltier was the shooter. Like Woodfox, Peltier has fought tirelessly for a fair trial, with little success. When public pressure created a push to see Peltier pardoned at the end of President Clinton’s term, hundreds of FBI agents came to the White House to protest. The long list of incarcerated veterans of the politically volatile Vietnam era includes former Black Panther and death row inmate Mumia Abu-Jamal, Puerto Rican activist Oscar López Rivera (serving a 55 year sentence on charges of “seditious conspiracy”), and many others.

Malik Rahim, the founder of the New Orleans BPP chapter and indispensable advocate for the Angola 3, told me during an interview in 2012 that this kind of political persecution has long lasting consequences. “The warning has been engrained in everybody that if you buck this system, we gonna lock you up just like them and it will take you 40 years. And you better hope you get lucky that someone will get behind you.”

To observe the treatment of ‘60s and ‘70s political dissidents is to see into the heart of the prison industrial complex, a construct which Angela Davis, in “Are Prisons Obsolete?” says requires “understandings of the punishment process that take into account economic and political structures and ideologies, rather than focusing myopically on individual crime.” If the prisons act as practically unassailable mechanisms of control for a larger economic and political system, how do we reevaluate our right to freedom of speech and assembly in that context? If fighting for self-defense and determination is a crime, then what does it really mean to be a criminal? What does it mean not to be?

These are urgent questions in a time and state where mass incarceration is at epidemic proportions. For those of us on the sidelines of the hard-won victory of Albert Woodfox, it is crucial to follow his dauntless lead. Soon after his release, Woodfox told The Guardian that he had no intention of slowing down in his fight against the prison system, saying: “We have got to stop this, and having been a victim of it for so long myself, that’s what I’m going to do.”