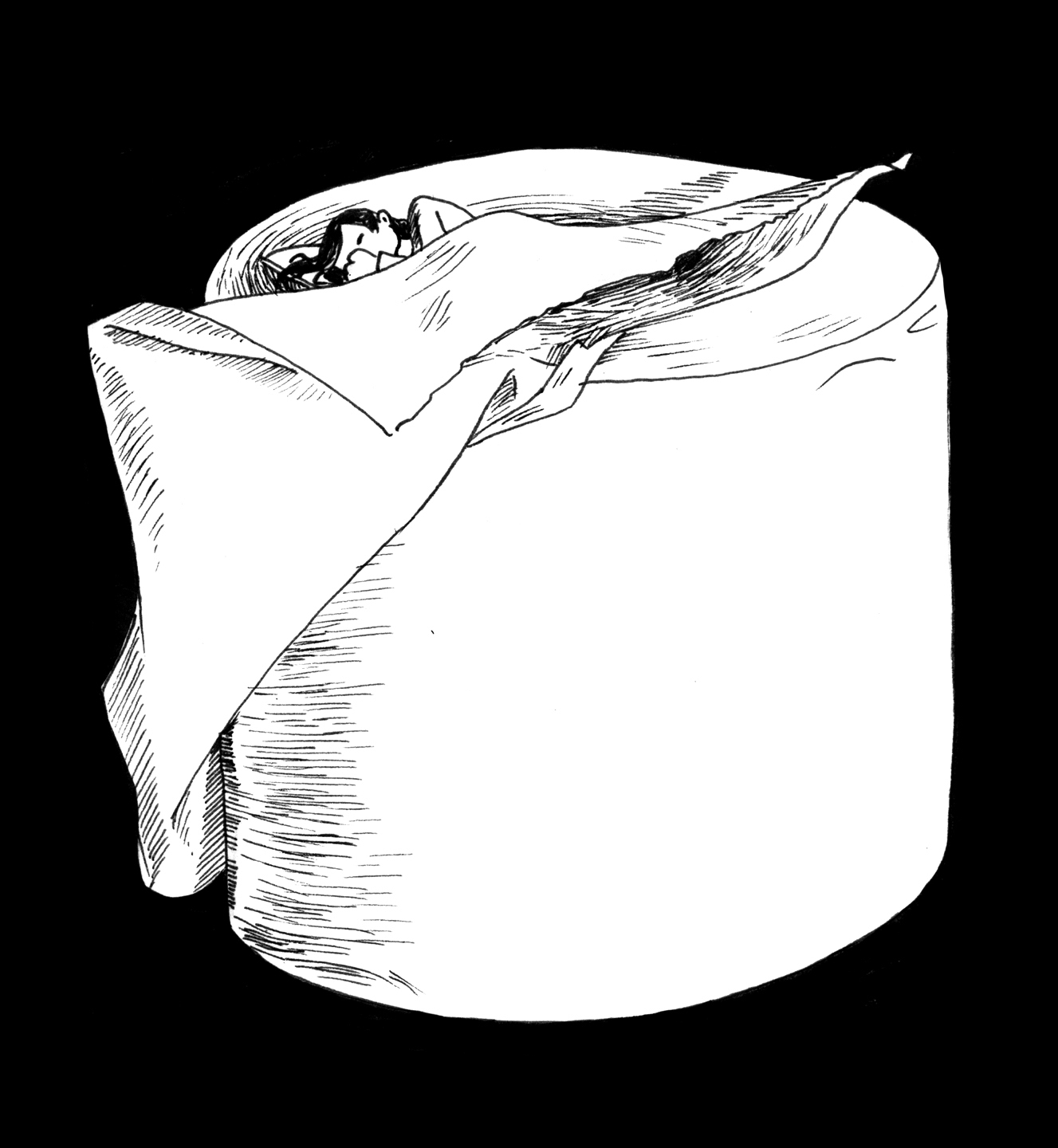 The nation is hunkering down at home with cleaning supplies and canned goods to prevent the spread of the deadly new coronavirus. But members of at least one vulnerable population are unable to head home, practice social distancing, or even use hand sanitizer: incarcerated people.

Groups that advocate for people in prisons and jails around the country worry that as the virus is increasingly found in these facilities, it could spread rapidly, sickening those behind bars and spreading into communities as workers and released prisoners head home.

A coalition of organizations including the American Civil Liberties Union of Louisiana, the Southern Poverty Law Center and the Justice and Accountability Center of Louisiana urged state and local officials to release prisoners who pose low risk to the community, especially people awaiting trial or nearing the end of their sentences, and stop jailing people for minor infractions in order to reduce crowding in the facilities.

These groups also urged free access to sanitary supplies and water for washing, planning for staffing if employees or inmates with onsite jobs get sick, and plans for testing people in custody for the virus and safely housing them if they are suspected of having it.

“When—not if—the COVID-19 virus enters detention facilities, the virus will spread ‘like wildfire’ due to close quarters, unsanitary conditions, a population that is more vulnerable to COVID-19, and the large number of people that cycle through the criminal justice system,” the groups wrote to Governor John Bel Edwards on March 16, quoting a statement from Michele Deitch, a professor at the University of Texas and co-chair of the American Bar Association’s Subcommittee on Correctional Oversight.

In New Orleans in particular, home to the majority of the state’s diagnosed coronavirus infections, advocates say they have ample reason to be concerned about conditions in the Orleans Parish jail complex where cases of the virus have been detected among inmates and staff. The Orleans Parish Sheriff’s Office, which runs the jail system, has been subject to a federal settlement agreement (or consent decree) since 2013, after inmates alleged in a class action suit that jail conditions violated their civil rights. In approving that settlement, U.S. District Judge Lance Africk found “stark, sometimes shocking, deficiencies” in the jail health care system and “unsanitary conditions” in cells.

While even critics, as well as court-appointed monitors tracking jail conditions under the consent decree, have said conditions have improved since 2013, prisoner advocates have still expressed concerns about conditions in the facility.

“The lack of access to adequate medical care in the jail is notorious and well documented,” a coalition of advocacy groups led by OPPRC argued in a March 18 letter to local elected officials. “The jail is already under a federal consent decree due to inhumane conditions, lack of quality medical care, and improper sanitation, and the most recent jail monitor report indicates that the facility continues to struggle with health care for those inside.”

The groups urged local judges to order the release of pre-trial inmates who are at high-risk categories for the virus as defined by Centers for Disease Control and Prevention guidelines, people held because of outstanding fines or fees, and those arrested for misdemeanors and nonviolent crimes that don’t require prison sentences if convicted. On March 25, in addition to these groups led by OPPRC, the Orleans Public Defenders filed an emergency request urging Criminal District Court judges to release such inmates amid the city’s high infection rate.

“We must do more to prevent the spread of the virus and mitigate the dangers for everyone inside the jail,” Chief Defender Derwyn Bunton said in a statement. “We are putting hundreds of people in the direct path of the contagion the longer we wait. We are imploring the Court to take action, even as NOPD continues to arrest for nonviolent charges that could otherwise be given a summons.”

In an interview, Bunton said that in general, from early on in the pandemic, they have been taking steps to curb the potential spread of the virus, including postponing “all but the most essential court matters” and giving careful thought to who they send to jail.

“What we’ve seen in their decision making is very much toward only reserving the space for the most serious cases and really being thoughtful about their bail decisions and release decisions,” he said.

The jail population has declined since the crisis began: As of March 31, there were 781 people in the Orleans Justice Center, the jail complex’s main facility, along with 42 in the onsite Temporary Detention Center and 10 in the Intake and Processing Center, according to a statement from the Sheriff’s Office.

Jail numbers have been reduced in part by donations to the New Orleans Safety and Freedom Fund at Operation Restoration, which helps to pay bail for people who couldn’t otherwise afford it, The Times-Picayune reported. That included a $20,000 anonymous contribution made specifically in light of the virus.

As of the time of publication, press representatives for Mayor LaToya Cantrell hadn’t responded to multiple emailed inquiries. “The mayor’s been very vocal about this virus,” Dumas said. “However, we have not heard her speak about the jail population.”

The New Orleans Police Department suggested in a tweet that it is reducing the number of people it arrests, although the NOPD didn’t respond to inquiries for this article.

“During this public health crisis, the NOPD is issuing citations and/or summons when possible rather than taking people into physical custody for low-level offenses,” according to the tweet from the official NOPD account. “But the NOPD maintains the authority to arrest any individual actively breaking the law.”

Prosecutors have reportedly been skeptical about the push to reduce the inmate population. “It is disheartening that the Orleans Public Defenders would seek to exploit this public health emergency by asking our police and courts to turn a blind eye toward criminal conduct,” said Ken Daley, a spokesperson for the Orleans Parish District Attorney’s Office, according to a report in The Times-Picayune. “We review bond-reduction motions on a case-by-case basis, and oppose them when appropriate in the interest of public safety. This is hardly a time to encourage lawlessness.”

The DA’s Office drew sharp criticism from City Council Vice President Jason Williams. “The DA’s policy instructing his prosecutors to argue that coronavirus is a reason to keep people in jail is inhumane and barbaric,” he said in a March 19 statement. “As this sobering crisis demands cooperation and thoughtfulness from all levels of government, this DA is using it as a strategy to keep poor nonviolent offenders in jail.”

For its part, the Sheriff’s Office has adopted a “pandemic response protocol” for handling the disease. As of March 18, the latest version of the protocol included teaching inmates and staff about the disease and hygiene practices, and screening incoming inmates for symptoms or contact with people who “traveled outside the United States within the last 30 days with an emphasis on China and other areas facing the most significant challenges from the COVID-19 pandemic,” with those showing symptoms isolated from the rest of the jail population. Workers and members of the public are also screened for the disease, wrote Sheriff’s Office spokesperson Philip Stelly in an email. “Everyone is screened and their temperature taken before being admitted to the building,” he wrote. “If someone’s temperature is greater than 100.4 degrees Fahrenheit, that person is referred to the nearest medical facility for testing.”

Since then, the Sheriff’s Office and medical contractor Wellpath have also deployed daily pulse oximeter staff for inmates and staff and are asking inmates “several targeted questions surrounding their activities and interactions over the past 14 days,” the Sheriff’s Office announced in a March 31 statement. The jail is also quarantining sick inmates and has suspended “non-essential visits,” including moving attorney visits and first appearances to video conferencing. The Sheriff’s Office is also providing free “soap and other toiletries” to inmates, according to the statement.

“The OPSO is also working to ensure that it is equipped with enough supplies to combat COVID-19 on a prolonged basis,” according to the statement.

Some advocates say the protocols alone are not enough to keep the virus, which experts have said can be carried by people who aren’t showing symptoms, from spreading in an environment where social distancing is difficult and some sanitary supplies like potentially intoxicating alcohol-based sanitizer is not available.

“They are providing measures to their staff, deputies and support staff, but the people they are in charge of taking care of, it’s pretty much business as usual,” said Bunton. “The sheriff is not providing any more effective antibacterial agents or providing hand sanitizer as they continue to view that as contraband and dangerous in the jail environment.”

Prisoner advocates also say that, despite the suggestions from the District Attorney’s Office, changing policies on who’s in jail and their conditions once incarcerated are more than just a progressive pipe dream. “We see great things happening across the country,” Dumas said.

Other jurisdictions have taken steps to reduce jail populations during the outbreak. In Los Angeles County, daily arrest numbers have dropped from around 300 to around 60, with the jail population reduced by more than 600, The Los Angeles Times reported on March 16. New York City Mayor Bill de Blasio has said about 300 mostly elderly inmates will be released from the city’s Rikers Island jail amid the virus outbreak. And in Chicago, the Cook County Sheriff’s Office “is doing everything in its power to release detainees who may be at great risk if they contract the virus,” the Chicago Sun-Times reported on March 17.

“We’ve got cities around the country who are taking serious measures,” said Bunton.