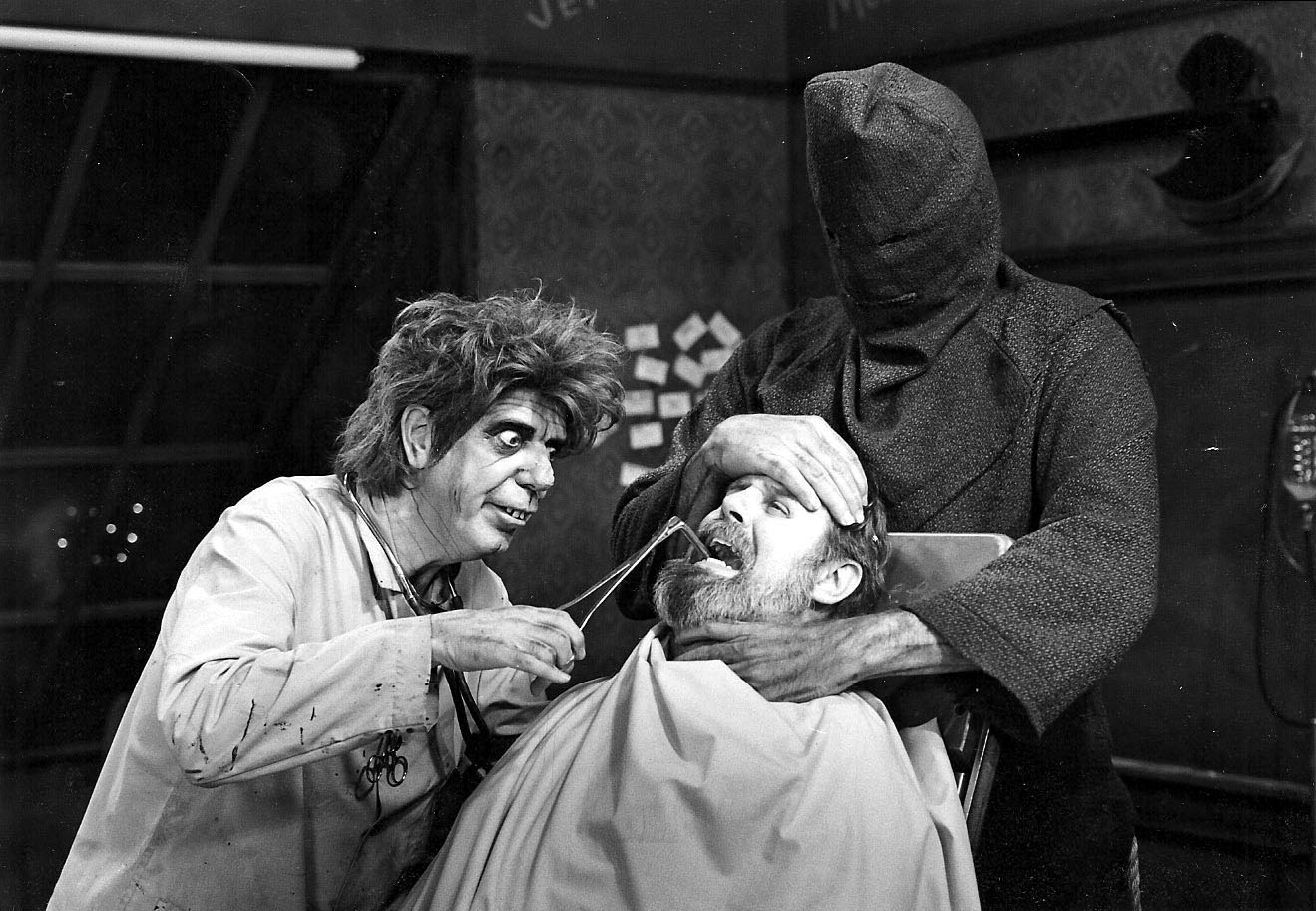 Sixty years ago, New Orleans was gifted with a television show that combined the spooky atmosphere of classic horror films with campy elements of the sci-fi drive-in circuit. The term “horror host” doesn’t even begin to describe the role Momus Alexander Morgus (a.k.a. Morgus The Magnificent) played in local pop culture. The innovative scientific experiments conducted during every show in his dreary lab (above the Old City Ice House) became more appealing than the features. With the help of his assistants Chopsley (a 7-foot-tall masked goon with a heart of gold), and Eric (a sharp-witted talking skull), Morgus would test out his inventions, which were always designed to improve the state of the world through science. Though these experiments always ended in disaster, the viewers were left in stitches. The approach was perfectly suited to New Orleans.

The show—originally titled House Of Shock—first aired to a mass of unsuspecting viewers in 1959. It had a solid run into the early ‘60s, leading to the production of the film The Wacky World Of Doctor Morgus, which exposed his antics to a wider audience. Throughout the mid ‘60s and into the early ‘70s, the beloved mad scientist would randomly pop up on the small screen and for special appearances off-screen (including a stint in Detroit as a horrific weatherman that was way ahead of his time, as well as visitations to the now defunct locale Pontchartrain Beach). In 1987, his show returned, new and improved, with a whopping 52 episodes under the name Morgus Presents. A new generation of fans were introduced to this comic genius and this helped tremendously with solidifying him as a New Orleans icon.

The backstory that Morgus created for himself was extremely detailed and had many layers to it, often leaving the audience perplexed. What is the “Higher Order” and does M.A.M.I. really exist? Is his I.Q. really in the 300s and did his ancestors truly build the pyramids? Did Chopsley’s face really get disfigured in one of his experiments? What is the speed of dark?

The mystery surrounding this unique persona is vast, but the aura around the man beneath the dirty lab coat and mangled teeth is even greater. Sidney Noel Rideau (Sid) kept his life outside of Morgus private, and he chose not to reveal his real identity to the public (even his kids were unaware). This spawned much curiosity from his fans, but also probably lent something to the authenticity of the character he created. Now, after six decades of mystery, Sid will be performing a one-night-only multimedia show where he will discuss the history of not only Morgus, but also the personal life of the man behind the phenomenon.

I was fortunate enough to catch up with the doctor at his hideaway for a little chat about his upcoming show. I can tell you first-hand that this man is every bit as sincere and interesting as one would be led to believe. I’d say they don’t make ‘em like that anymore but I’ve witnessed the creation of Morgusoroids on his show, so I know better.

When your show first aired in the late ‘50s, it was a change of pace from the usual local programming. Why do you think it caught on so well?

Morgus came at the right time. There were a lot of ideas that were futuristic and eventually some of them have come to be. You know, the heart transplants and all that… we did a whole thing on there on that. And of course he claimed to invent the cell phone and the other things that eventually came. And then he had the Morgusotronic Electro Magnetic Prognosticator, which was the weather computer. We did that back in the early ‘60s before there were any computers except in a couple of big industries.

Morgus was always ahead of his time.

He was a little ahead of his time with a lot of things and of course he took credit for everything and that was typical. [laughs]

You certainly have a very dedicated fan base in New Orleans.

There’s a cult out there, a Morgus cult. I didn’t know it really. I don’t follow it too well. But they are there.

Did you see the character being something that would be part of your life for so long?

Normally I got away from doing all the Morgus things and had a life of my own really, but I could never get away around Halloween. Every year they’d bring things back with Morgus and so we kind of kept it going.

You know, we ended up getting a couple of different generations of people. When we came back in the ‘80s, we tried to do it right. We tried to put in enough that would give it some lasticity and were able to control everything. We didn’t have to tie in with the movies. Back in the old days, we would satire the movies. 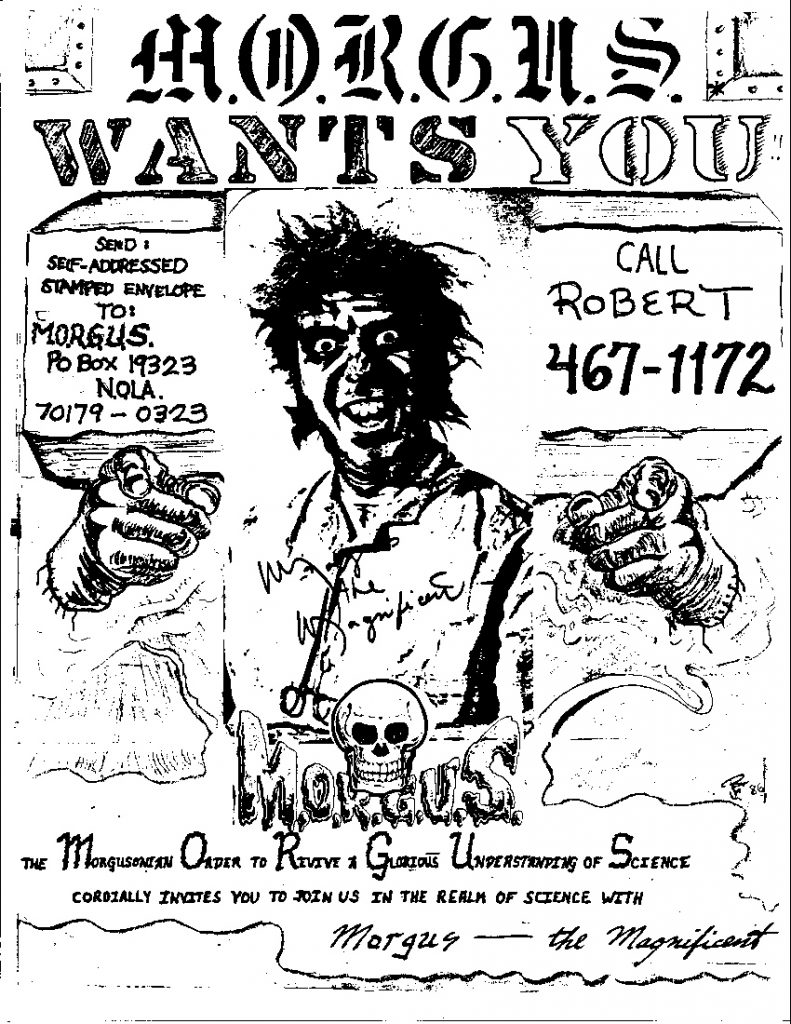 The movie selections were great, but your experiments were always the most entertaining part. I would assume that you influenced a lot of people to delve further into science.

You’ve definitely inspired me as a filmmaker.

That’s terrific, I tell you what. You know, I envy you. Boy oh boy. I was born at the wrong time. All this new stuff. I mean, if you were around when we were doing the Morgus show… we didn’t have any of the technology we have now. With the tricks… it took all night to do any kind of little tricky things, and boy has that changed.

That’s funny because I feel the other way around; I kind of wish that I would’ve grown up in the ‘50s and ‘60s.

Oh boy, and you guys are so sharp now. You’re so up on all the new changes and electronics.

It has come a long way.

Oh yes. You came up at the right time though, because it’s such a great world now. It’s great! What I’m surprised about is the social media thing. I mean, there’s a lot of potential there if you use it properly. They’re still trying to figure out the best ways to control it, but anyway.

Your upcoming show at The Orpheum will be a retrospective of not only the TV show, but also your personal life. Can we talk about that a bit?

By all means. We can talk about getting the friends of science and so forth to be there for the first and only time you’ll ever see the whole personality there. Morgus on the big screen and Sid Noel on the big stage—what a mixture!

It is… it’s a good touch. And nobody’s ever done things like that where you can play two characters on the stage. We are now putting together the video for that, which will run about 30 to 40 minutes, and then Sid will come out. I’m going to do a standup there. I’m going to really cover the history of all this—the behind the scenes of all the funny things that happened and all of the characters and people that were in my life… and all of this as I go back into old radio in the early ‘50s. So it’ll be just a kind of verbal biography and a visual biography that evening. But it’ll be humorous and interesting. The key thing of course is the fact that you’ve got a split personality going on the stage there. On one side you have Morgus, and the other side you have his alter ego. It kind of gives us all thought about how we lay things in life. How we pretend to be one thing in front of certain circumstances and how we perform when we’re alone or when we’re with others. It’s life, and that’s what Morgus is all about. There’s a lot of psychology in the scripting that we did with Morgus.

I really agree with that and I think a lot of people can relate.

Yeah, they definitely can. That’s what he is. He represents both sides of our whole character. We all have a way of maybe fitting in or moving on or some of us are not the same as we were whenever. We can always move into other chapters, you know? That’s what Morgus has done. In fact, the whole series that we have there are chapters. Each one of the little programs and experiments was a different chapter. Really like a verbal and visual biography of Morgus and his plights.

I always thought it was really cool how you were working on experiments to improve the world, change the world for the better. And despite all of the problems, you would keep going.

Yeah. Because behind it all, he had good intentions and everything. And many times we do also. Whatever we’re doing, some benefit comes from it one way or the other. The whole pull of that is in there. Morgus and Chopsley were Don Quixote and Sancho Panza. They really were. That is so true because Sancho was like Chopsley. He tried to keep his boss on the straight and narrow.

As a kid watching the show, I didn’t realize that I was actually getting life lessons and sort of learned to keep on keeping on no matter what goes wrong.

Given your history as a jazz drummer, a vocal group leader, and your involvement with the Detroit surf act The Daringers, can we expect any musical aspect to your upcoming performance?

Morgus is going to introduce a couple of ideas in the show and one is a song he wrote. So that’s going to be part of it too. Since I’m not going to sing anything, I’m going to rap it for them. [laughs] It’s not hard rock now, but it’s a song that Morgus put together for a couple of other reasons, which we’ll find out later. 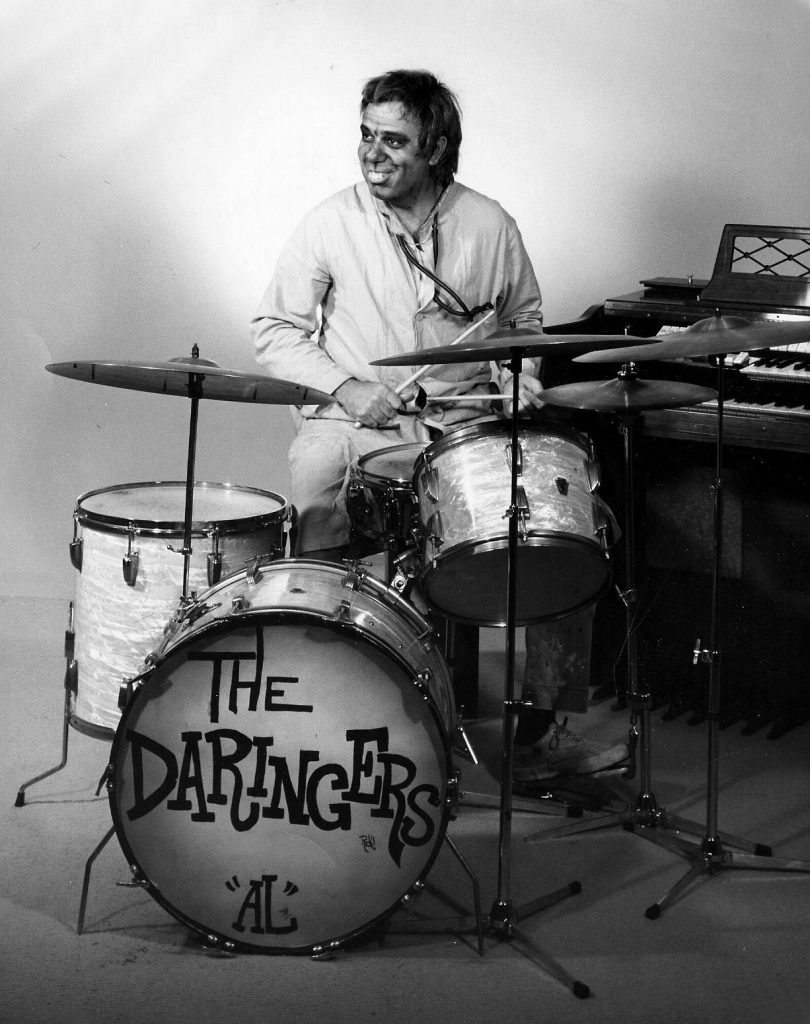 It’s going to be historical because it will cover everything from the beginning of that era. We’re talking about 60 years! I’m telling you, in 60 years… you weren’t here! Let me tell you, in those 60 years, though, those are the biggest changes in the human condition. What took place in those 60 years in my life and yours… so many changes came in. All we had way back then… we didn’t have television. Television was just coming in after the war. We had radio.

And the event serves as a fundraiser, correct?

Nobody is getting paid here. All of the money will go to the Alzheimer’s [Association] local chapter. I never thought I’d be doing something like this in person, but I’m doing this for such an important reason and many personal reasons. And the entire show is being recorded and given to the Historic New Orleans Collection.

That’s amazing. It’ll be a real treat for your fans and it’s for a great cause. In closing, is there any advice that you’d like to offer your friends of science?

You may not have a high IQ like me, but remember: IQ cannot measure creativity. Go for it.

An Evening With Sid Noel: Recollections Of A Mad Scientist will take place at The Orpheum Theater on Sunday October 13. All proceeds from the event will be donated to the Alzheimer’s Association of Louisiana. For more info visit morgus.com.