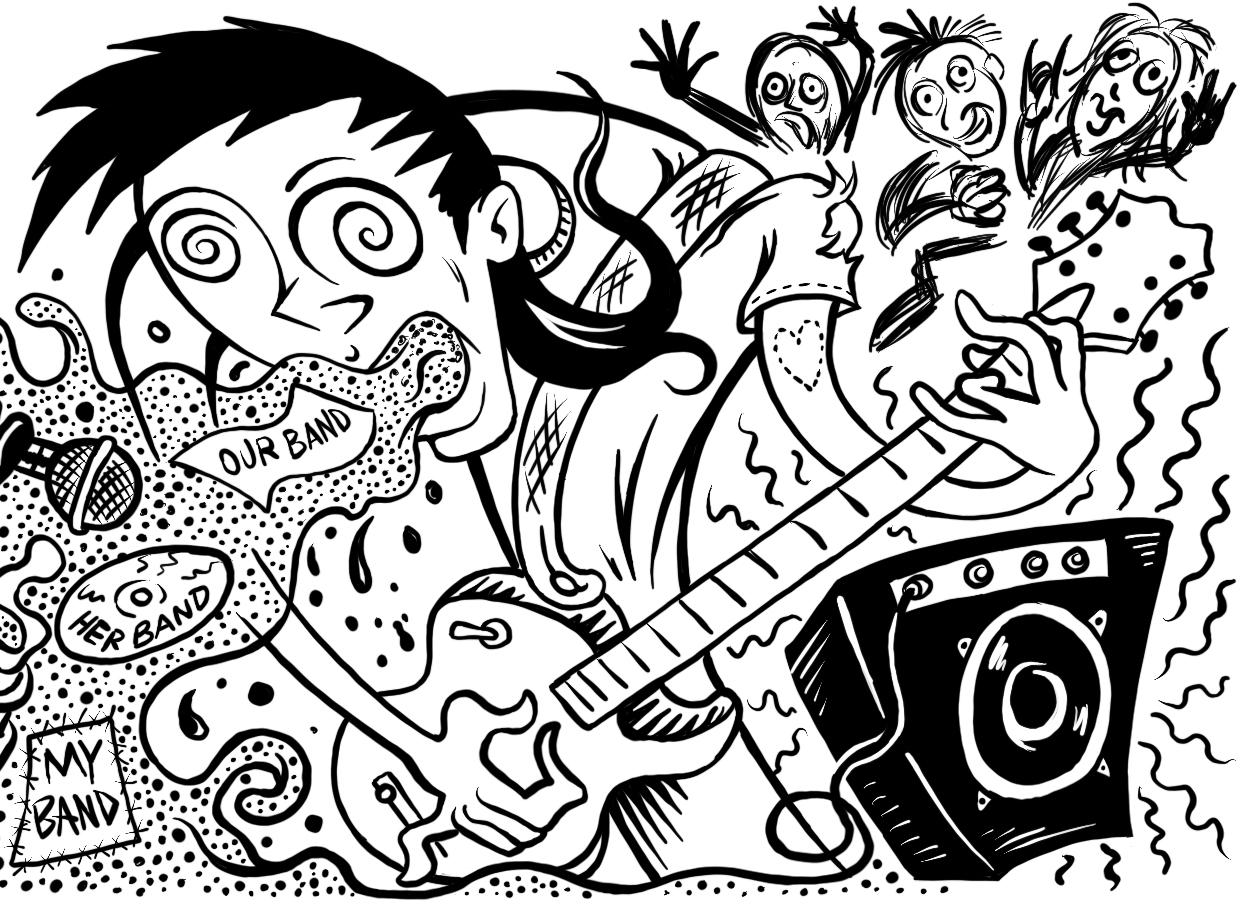 In the interest of lowering New Orleans’ standard of quality (a monumental task for sure), and because this writer has years of experience in this matter, and because we need some juicy clickbait for our website, I present nine easy ways to ensure your band is terrible (or at least mediocre) and stands absolutely no chance of success.

1. DO A LOT OF OTHER STUFF
Life is short and you’re here for “a good time not a long time,” right? Committing to one thing sounds so vanilla, so… monogamous. Your shitty band should just be one of many outlets for your creative passions, so don’t devote too much time or attention to any one of them. In fact, a great way to enhance your band’s shittiness is to be in as many other bands as possible. With the right attitude and a little scheduling creativity, you can form an army of shitty bands big enough to conquer the scene!

2. PRACTICE ONCE A MONTH (MAX)
Here’s a dirty little industry secret: bands that practice twice a week are professional wannabes who think that with hard work and constantly rehearsing their set, they’re going to “make it.” Delusional, right? Being in a band should be a social endeavor, a good excuse to get wasted and jam every once in a while, and an effortless way to accrue social capital. If you wanted work you could get a job, right? And hey, if you come off sounding sloppy and unprofessional, don’t worry: ProTools fixes everything. And if not, that’s just your band’s “flavor.” People can get on board or fuck off!

3. GET A SIGNIFICANT OTHER
Let’s face it: you’re in a band to get laid, so if you’ve managed to snag someone to love on, why does your band need to be any good? And why suffer through hours of rehearsal (see #2) when you could be home gettin’ it on? Make sure you express this sentiment to your bandmates early and often! One bonus of the band-romance dynamic is that the more resentment and contempt you can foment in this open relationship, the shittier each will become! You will be, as Private Pyle famously decreed in Full Metal Jacket, “living in a world of shit” soon enough, my friend!

4. NEVER ANSWER EMAILS
What are you, some kind of desk jockey drone? No ma’am: you are an artiste, freed from the shackles of mundane secretarial work! So why should you have to respond to emails, voicemails, or texts from promoters and bookers and such? Chances are, those people didn’t actually need anything and are just bothering you for their own personal amusement (sorry, losers! If you were so great you’d be in a band!). Who needs to confirm shows anyway? If you show up you show up; if not, well, aren’t you and your bandmates just mysterious ne’er-do-wells?

5. NEVER TOUR
Don’t tour. Straight up. Touring sucks. It’s nothing but one piss-stained couch after another in a town that’s not yours with shows that no one attends and last-calls that are far too early for even the most casual of New Orleans drinkers. Also, touring is a great way to meet people and build a network that you could use in the future, and how lame is that? Networking? That sounds like something normies and Chads do. Best to stay home, where hopefully you have a stable of friends, family, and lovers you can guilt trip into coming out to bask in your homebrewed shit.

6. DON’T BEFRIEND OTHER BANDS
Let’s revisit this mysterious aura you’ve cultivated: you don’t want to ruin that by being a part of the community. That’s for scenester-poseur-hipsters and you’re so above that kind of mentality. It would be a complete waste of time to check out what else is going on around town. Let’s be real: your band is the pinnacle of originality, and you’ve crafted the most unique sound ever, so what could you possibly gain by keeping up with other acts? They probably suck and ripped your style off anyway (or they’re way better than you and who needs that headache?), so why subject yourself? Of course, it’s completely fair to insist that everyone still come to your shows. Support the scene, man! Also, and this is key: always borrow another band’s equipment but never, under any circumstance, lend yours out. You’re no sucker.

7. MERCH FIRST, MUSIC SECOND
Songs are just something you can fart out in five minutes. Way more important is making sure your marketing package is 100% ace go. Prioritize the right things like t-shirts, beer koozies, and what your logo should look like. Create as many social media accounts as possible and bombard your followers daily. Also, make sure you and your bandmates argue to the death over every detail of every facet of this stuff, because you’re all geniuses with visions pure and perfect. Break up the band if you have to, because being in a band is cool, but you know what’s even cooler? Being right.

8. BOOK A MILLION LOCAL SHOWS
So you’ve gotten this far, huh? Hopefully by now your band is stinking it up on the regular, playing almost every weekend (with the Facebook invitations to match—see #7), in the same venue, to the same captive audience. By now, you should have a loyal crowd comprised exclusively of the same bands you always play with, your drummer’s other bands, and the people who have somehow agreed to keep having sex with you. Also—and this is blackbelt shittiness—play a long set, 45 minutes minimum, especially if you’re the opener. Not only will 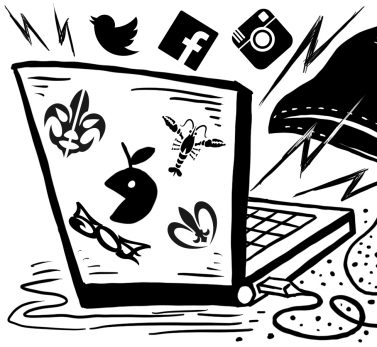 you alienate the audience, but you’ll completely mangle the rest of the night’s schedule, ensuring you draw the wrath and contempt of every other band on the bill, the promoter, and the crowd (all of whom are probably a bunch of assholes you don’t need anyway). Want to be a real shit ninja? Show up late and/or argue about your slot on the bill.

9. STAY SALTY
Focus on what’s “fair” and broadcast any bitterness about said fairness to the world. If another band is getting more attention because their singer is hot or their parents are rich—or they’re actually good—make sure you let everyone know how fucked up that is. If you’re not covered by every media outlet on the regular, take it personally. If you don’t make the cover of your favorite local rag, you can be guaranteed it’s because the editor is a sniveling creep who’s only trying to rob your shine. Bottom line: the world owes you for your half-assed efforts, so be sure to collect. That’s what being in a shitty band is all about!