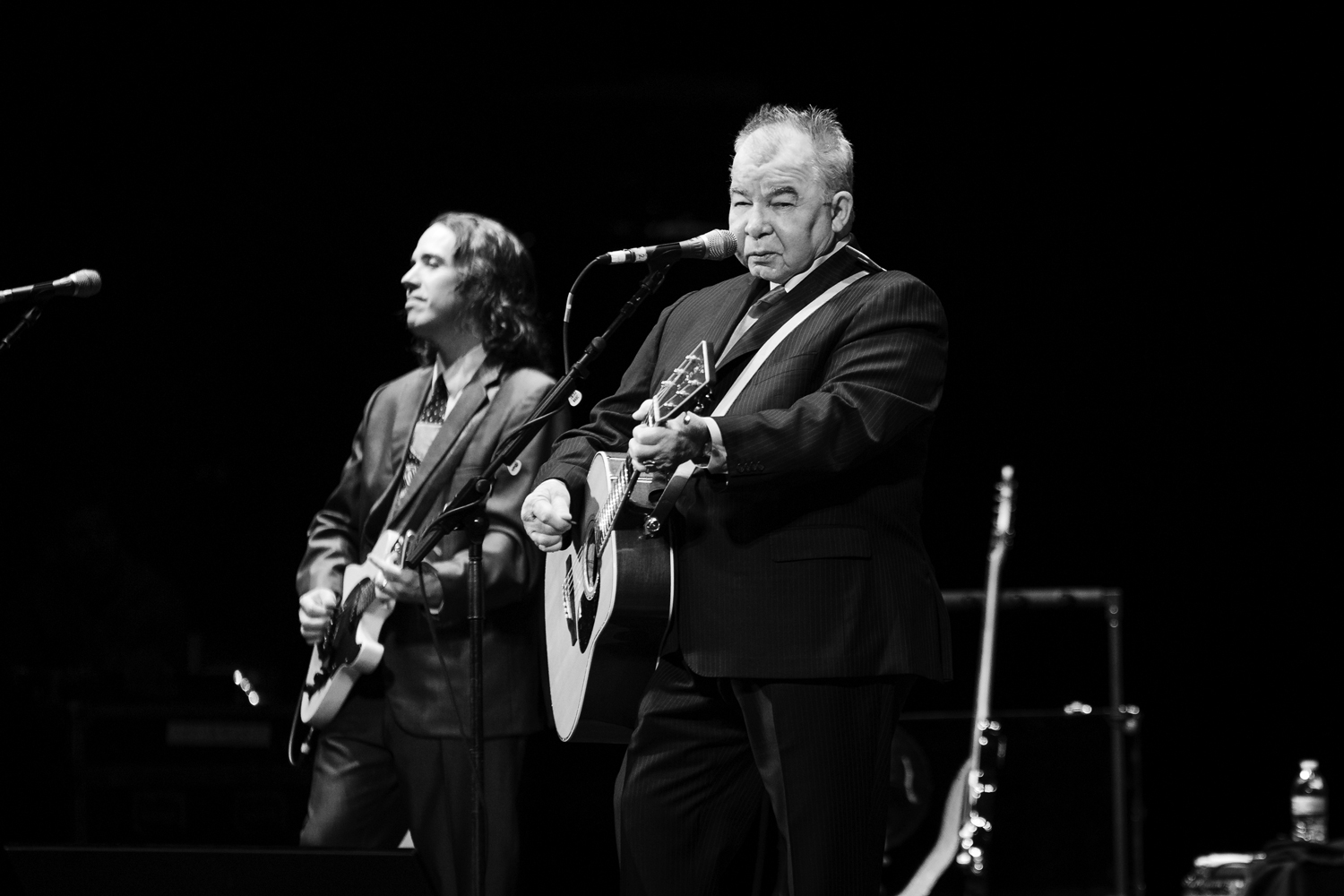 By Danielle Dietze May 2020

A full pink moon hung in the sky as songwriter John Prine laid his head to its final rest on April 7th. Prine passed away after suffering complications from COVID-19. He was an American treasure, a master of songcraft, and an architect of the ordinary. Like the rural folk traditions preceding him, his music transcends generations—passed on from mother to son to granddaughter, and amongst friends. Whether singing from the perspective of a lonely elderly couple or a pregnant woman, Prine embodied the songs he sang. His lyrics crack open the human experience, letting all the ugly, harsh, romantic parts rush out.

John Prine was born in blue-collar suburban Maywood, Illinois. His father, William Prine, worked at the American Can Company and was the proud president of the local steelworkers union. A hardworking man, William passed on his admiration of country music to his four sons, of which John was the youngest. Prine learned his first three chords from his older, fiddle-playing brother Dave Prine. Along with some basic chords, Dave gave John three impactful records: The Carter Family, Elizabeth Cotten, and Mississippi John Hurt. The first record taught him rhythm, the second fingerpicking, and the last, storytelling. Prine further pursued his passion at Chicago’s Old Town School of Folk Music (as a much better student than he had been in a traditional classroom).

Prine’s first job out of high school was delivering mail. He did that until receiving a letter himself in 1966, which drafted him into the Army. Stationed in West Germany, working as a mechanical engineer, Prine was nearly sent to Vietnam. When he returned to Chicago two years later, his reliable mail job was waiting for him. The familiar route allowed Prine’s mind to wander. He composed many of his most influential songs walking through those suburbs, including the remarkable “Sam Stone,” a harrowing ballad of a veteran struggling with PTSD, and his inevitable death by overdose. Prine wails, “There’s a hole in daddy’s arm where all the money goes / Jesus Christ died for nothin’, I suppose.”

Prine’s first stage performance came after a few beers at an open mic in a Chicago dive, singing “Paradise” and “Hello In There” to an unknowing audience. Soon Prine had a gig playing at the Fifth Peg where Chicago Sun-Times critic Roger Ebert stumbled upon him by chance. In the now-infamous first review for Prine, “Singing Mailman Delivers a Powerful Message in a Few Words,” Ebert describes Prine: “He sings rather quietly, and his guitar work is good, but he doesn’t show off. He starts slow. But after a song or two, even the drunks in the room begin to listen to his lyrics. And then he has you.”

After country mogul Kris Kristofferson heard him play, he quickly introduced Prine to Atlantic Records, who offered him his first contract in 1970, under which he released his impressive self-titled debut LP in 1971. There was no doubt that Prine had the chops, but the thirst for massive fame eluded him. This temperament led to a strained relationship with the label, resulting in several incredible records, but not much commercial success. Jaded, Prine began Oh Boy Records in Nashville, Tennessee, in 1981. With a small, trusted team, Prine built the second oldest artist-owned independent label in the country.

John Prine never released what music critics would deem a “hit.” He didn’t accept the lofty offers to buy his label from conglomerates like Sony. His songs weren’t too radio-friendly. But since Prine wrote “Sour Grapes’’ at the age of 14, he continued to spite all of the standards of the music industry, inspiring and challenging us all to rework how we consume and experience music. There was nothing Prine was too afraid to capture: the opioid crisis, political gravitas, elderly loneliness, the death of a child.

According to a recently released Rolling Stone article, Prine’s family plan to spread his ashes, as he wished in his song “Paradise”: half of the ashes deposited in the Green River and the remaining buried in Chicago beside Prine’s parents, Verna and William. In “When I Get To Heaven” the closing song of Prine’s final album, The Tree of Forgiveness, he fantasizes about what he’ll do upon arrival in the afterlife: “I’m gonna get a cocktail / Vodka and ginger ale / Yeah, I’m gonna smoke a cigarette that’s nine miles long / I’m gonna kiss that pretty girl on the tilt-a-whirl / ‘Cause this old man is goin’ to town.” 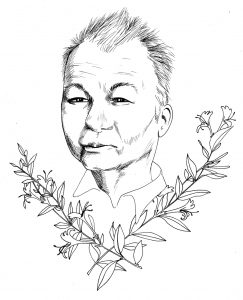 photo of John Prine at the Saengar Theatre, 2016 by Caitlyn Ridenour