By Chris Staudinger May 2017 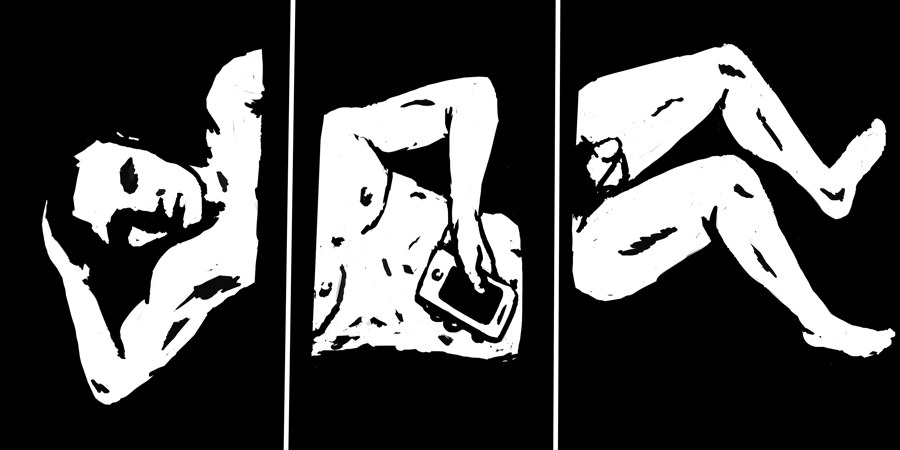 Strange things happen when you’re a queer child in church. One minute, the holy spirit is lighting the hair of the disciples on fire and the next, I have a sudden and inexplicable erection. Once in church I wished that everyone in the building who was like me would have a bright beam of light rising to the sky from where they sat, a beam that only we with the beams could see, and no one else. “Like me” meant, for the most part, queer and different. I knew that out of the hundreds of people sitting in that church, I couldn’t be the only one, and I wanted to know who they were. It bothered me that we were invisible to each other.

Can you imagine the reaction of my childhood self if he was told that such a miracle of technology would exist in a mere 20 years? Because it does, in a lot of ways, with Grindr and Scruff and the other gay dating/hookup apps that are free and available to people with smartphones. If I’m in a crowded room (or a church), I can take out my phone and find the signal of other gay people nearby. The technology goes beyond my childhood dream, and we can have conversations, laugh, share naked pictures, and even hurt one another, without anyone around us even realizing.

Yet the special powers of these apps aren’t necessarily celebrated. When I asked one friend what they thought of Grindr, they called it “a necessary evil.” As ubiquitous as the apps are and as often as we use them (Grindr says its average user spends 90 minutes per day on the app), I don’t think I’ve ever heard somebody say they actually liked being on them. People flake, play games, send fake pictures, abruptly end communication. Browsing through profiles, it can feel at times like a gay Wal-Mart of things you don’t need but for some reason want: naked people rushing around horny and frantic with airbrushed photos and random bits of high volume, racially-charged conversations.

I have found easy answers in the Phoenix before, so I went there again to ask people whether they thought Grindr was bad for the gay community.

Beyond the general disdain is a kind of budding paranoia about the deeper effects the apps are having on the queer community. One of the most frequently aired worries is that so many people are sitting on their couches at home, alone, on their phones, that the bars are losing business and closing up. An article last year in the New York Times associated the doomlike onslaught of these apps with the end of five clubs or parties in Manhattan: “Susanne Bartsch, who in 2014 hosted four weekly gay-friendly dance events and now has only one (a summertime party at Le Bain at the Standard), agrees that technology has upended gay night life. ‘Social media changed the landscape of going out,’ Ms. Bartsch said. ‘One doesn’t have to have dancing to be part of flirting and hooking up anymore.’”

But beneath worries about the closing of gay bars is an even deeper worry that the bars are a kind of indicator species for a murkier gay malaise affecting the community. There was an article written recently in the Huffington Post called “The Epidemic of Gay Loneliness” which began by rattling off a series of shocking figures about a gay health disparity, and ended with Grindr. The statistics were a lot to process: “Gay people are now, depending on the study, two and ten times more likely than straight people to take their own lives,” the article said. It then cited one researcher who “found that gay men everywhere, at every age, have higher rates of cardiovascular disease, cancer, incontinence, erectile dysfunction, allergies and asthma—you name it, we got it.” It then somehow connected those statistics to the closing of gay establishments and finally Grindr: “In the last 10 years traditional gay spaces— bars, nightclubs, bathhouses—have begun to disappear, and have been replaced by social media. At least 70 percent of gay men now use hookup apps like Grindr and Scruff to meet each other. In 2000, around 20 percent of gay couples met online. By 2010, that was up to 70 percent. Meanwhile, the share of gay couples who met through friends dropped from 30 percent to 12 percent.”

The article transported me to some of the most gloomy places of my sexuality but left me with few answers. I have found easy answers in the Phoenix before, so I went there again to ask people whether they thought Grindr was bad for the gay community. I spoke to the bartender, who chose to be called Vickie. Two older, drunker men had used the internet jukebox to play Tammy Wynette’s “I Don’t Wanna Play House!” and were singing it loudly. Exasperated, Vickie said he should write his own book on Grindr, but he didn’t share details. He hasn’t used it in over a year because of all the “bullshit and fake conversation.” Though the Phoenix is “doing all right,” he said, you could ask any bartender in New Orleans whether the apps have affected business in gay bars, and they would all say yes.

In the last decade, the landscape of gay and queer establishments in the city has definitely shifted. Gone from the French Quarter are Le Roundup, Ninth Circle, Second Skin, and The Club New Orleans (the city’s only gay bathhouse). Also worth noting is the unqueering of the The Country Club. But no landscape has gone unchanged here in the last ten years; the date-raping straight guys at the Country Club had ridden a wave of white paint and Airbnb rentals that altered most of downtown. Neither Vickie nor any of the articles have been able to make any kind of statistical connection between the apps and the bars closing. I talked to Andrew DJ Shield, a historian who researches Grindr and other gay hookup apps at the University of Roskilde, near Copenhagen. He doesn’t know of any studies that have shown any large scale effects on the gay community or its bars from the hookup apps. “It would be a hard study to do,” he said. “You’d need to have a longitudinal analysis of a lot of people’s behaviors and how they’ve changed over time and it’s hard to do that. We can see some changes. But it’s hard to say what changes relate to what.”

“When I hear about gay spaces closing in New York or San Francisco,” he said, “my first thought is gentrification and the price of rent, and not blaming gay people for not knowing how to integrate technology into their social lives.” His research has looked at the more positive role that the technology has played in the lives of gay men who have recently immigrated to Denmark, many for asylum from countries in the Middle East. In his paper “New in Town: Gay Immigrants and Social Media,” Shield wrote about how Grindr helped recent gay immigrants break through language and cultural barriers to find housing, jobs, and friends: “[On Grindr] Pejman from Iran met one of his earliest contacts in Denmark, a friend who eventually rented out his apartment to Pejman and found him a part-time job. Many users of gay dating sites blur the lines of friendship and romance when posting and responding to messages; some also discuss logistics like housing and employment or share information about local events or meeting-spaces. ‘Looking for friends, dates, work,’ one user advertised. ‘If u could help me find sth, I’d be thankful.’”

The world is changing and queers aren’t looking backwards. There’s a Pew Research survey from 2013 that says, “LGBT adults are heavy users of social networking sites, with 8o% of survey respondents saying they have used a site such as Facebook or Twitter. This compares with 58% of the general public.” There are three New Orleans Facebook groups—Queer Exchange, Housing, and Jobs—with a combined 7,041 users where the queer community helps each other with rideshares, yard sales, fundraising, massage therapy, moving, job applications, lingerie, wigs, skinning snakes, and writing articles. I posted about this story and someone shared three alternative apps that have recently emerged: Gendr (for the gender variant and queer community), Teadate (“where transgender and trans-attracted hearts connect”), and Her (for lesbian, bisexual, and queer people). “There’s drug abuse, there are depressed people, there’s suicide, and to link these things to Grindr or any other form of emerging technology is short sighted,” Shield told me. “Especially when one pays attention to all of the ways that these apps in particular link people to other people, often with the end goal of meeting in person.” 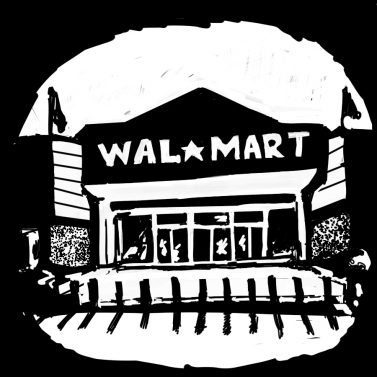 More worrisome than the bars for Shield was the blatant racism that people find acceptable to air on Grindr. Shield read through 3,000 profiles in the greater Copenhagen area and found so much recurring racism and xenophobia that he wrote a paper to document and categorize it, from users saying they’re “not into” certain ethnic groups to food metaphors (“brown sugar”) to the conflation of immigrant groups and people of color with sex work (racism is also common on profiles in New Orleans). The opposite, more positive thing that Grindr can do with issues of race, though, is provide a space for people to directly call out other users for hate speech by writing about it in their profiles, which Shield also documented in the paper. Grindr and these other location-based dating apps have a supernatural quality about them: they can make visible things around you that are unseen. They prophesize love and change in your life and the potential to have it immediately. I don’t want to be a chicken little of emerging technology, but there is something about this that terrifies me. “They’re addictive,” one friend said. “You keep coming back and you just want to see if you’ve got any new messages or if that person that you messaged is replying to you. You can easily get sucked into being on it for an hour instead of doing something else you had planned to do for that hour.” The psychological term for “just wanting to see” is “variable ratio reinforcement.” It’s the same pattern that keeps people chained to slot machines in a casino. “The more you play, the more your brain thinks something good is just around the corner,” writes psychologist Greg Cason. Every app in every person’s smartphone has that addictive potential, but according to a February analysis of dating app data, Grindr users worldwide spent an average of 165 minutes per active user per week on the app. That’s more than twice the time spent on the next most used dating app, Badoo, and triple the time spent by Tinder users.

Andrew Shield is not as worried as I am. “I think that nothing changes everything,” he said. “There are a lot of continuities between the ways that people use Grindr and the ways that people use personal ads that they used to write in the back of magazines in the ‘70s.” In between there have been AOL chat rooms, Craigslist personal ads, and lots of different dating websites. Plus, the difference between a dating app and a slot machine is that app users do have the agency to choose which conversations they’ll have, what they’ll write in a profile, and who they’ll talk to. Whether you’re at the Phoenix, on Grindr—or in church—it probably helps to know what you want and how you plan to get it, and that you have to find out for yourself.