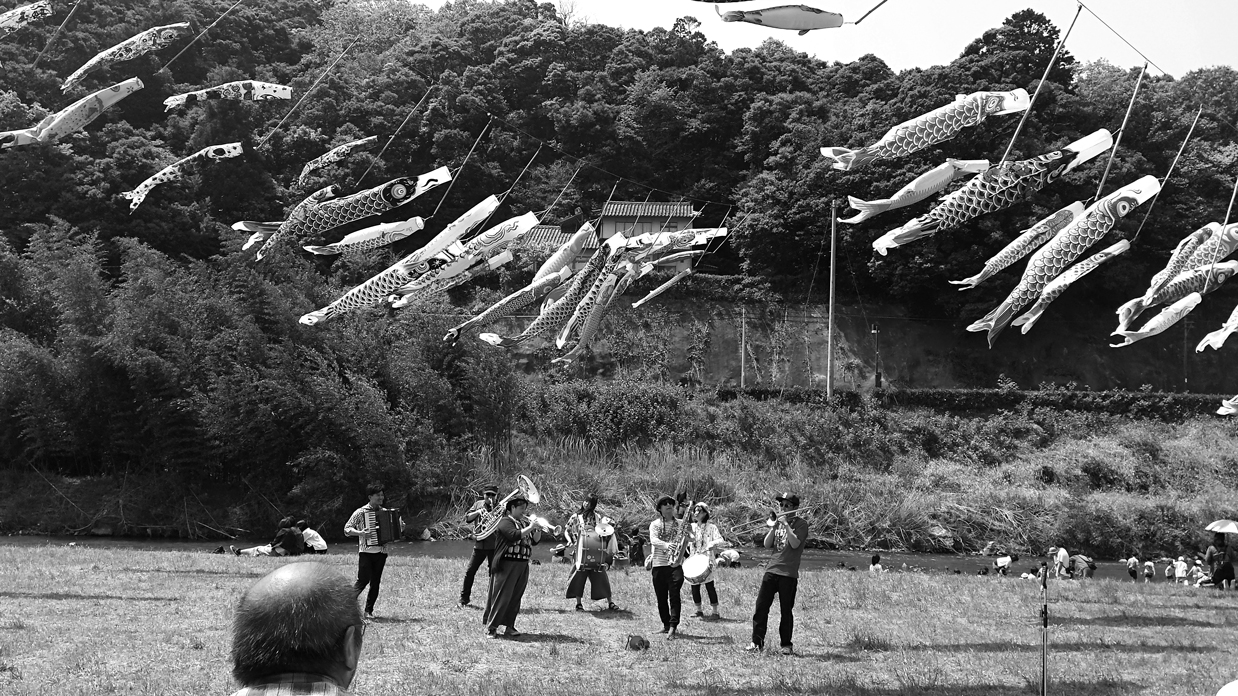 The familiar sound of “Go to the Mardi Gras” booms across the parking lot as the brass band slowly inches nearer. The sight, however, is not familiar. Above my head, dozens of colorfully decorated carp streamers flutter in the wind. As the band slowly crawls down the vibrant green hill, children frolic in the shallow river. Nestled between two mountains, the view starkly contrasts the flat terrain of home. While the sound is distinctly New Orleans, the sight is definitely Japan.

I’m at a small community event on the outskirts of New Orleans’ sister city, Matsue. Their very own New Orleans-style brass band plays through a selection of tunes from back home. Most of the band dons Mardi Gras beads, likely souvenirs from their trip to New Orleans the week prior. “Down by the Riverside” echoes in my ear, but this certainly isn’t the riverside that Louis Armstrong had in mind when he helped catapult the song to fame.

The quiet little city sits between two lakes, similar to the way New Orleans is wedged between the Mississippi River and Lake Pontchartrain. Located in southern Japan, the spring sun beats down with an intensity that also recalls home. Everywhere I go, residents warmly greet me. Many express surprise at seeing a visitor from their sister city. Located far from the tourist traps of Tokyo and Kyoto, Matsue probably doesn’t see many visitors from New Orleans. They appear to take a great sense of pride in the relationship. So how did New Orleans acquire a sister city in Japan? 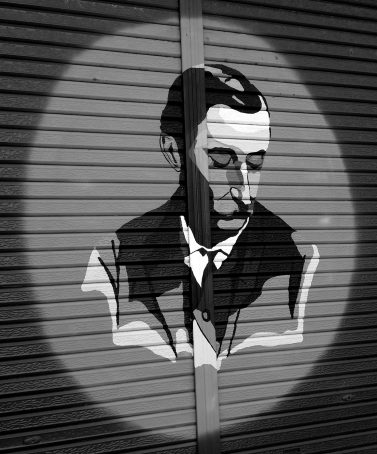 For that, we can thank Lafcadio Hearn. Born on a Greek island in 1850, he made his way to America and settled in New Orleans in 1877. There, he worked for the Times-Democrat, writing many pieces—including Marie Laveau’s obituary. During his almost decade-long residence there, he wrote multiple books about the city, including one of the first Creole cookbooks. While covering the Cotton Expo in 1885, Hearn became fascinated with Japan via the country’s exhibit at the event.

In 1887, Hearn left New Orleans and spent two years in Martinique, then set sail for Japan. Eventually, he found work as an English teacher in Matsue and became one of the first foreigners to write in-depth about the country in English. Today, his large body of work is highly regarded both inside and outside Japan. In particular, Kwaidan, his collection of Japanese ghost stories—many of which he learned in Matsue—is highly esteemed. Marrying the daughter of a Matsue samurai, Hearn became a naturalized citizen and adopted the Japanese name Koizumi Yakumo. Their marriage was only the 191st international marriage in all of Japan.

Although he moved to other parts of the country later, Matsue takes great pride in him. In a country where everything has a mascot, Hearn is practically Matsue’s mascot. Everywhere I look, there is some image of the writer, whether it’s on busts, murals, or maps. The city hosts a bilingual museum dedicated to him. It presents Hearn’s life, ranging from a difficult childhood in Europe (including a family bankruptcy and a traumatic eye injury) to his largely unprecedented integration into Japanese society. Although the New Orleans section is short considering his near decade in the city, it is still quite informative. Next door, for only a couple dollars, you can walk around his former residence—a small building with a charming garden. You can even buy sake with his face on it. I passed on the sake in favor of a Japanese translation of his Creole cookbook and two mangas about his life.

The city has more to offer than just connections to home. Matsue Castle stands tall in the landscape. Sometimes referred to as “the black castle” for its dark exterior, it is one of only twelve remaining original castles left in Japan. Completed in 1611, it is one of a few that have not been destroyed or badly damaged as a result of World War II bombings or other disasters. The wood panels squeak as I lunge up the steep steps. From the top of the small castle, I see the whole region. Vivid green mountains covered in trees stretch out as far as I can see.

A few minutes walk from the castle, I arrive at Jozan Inari Shrine, the fox shrine. Hearn routinely visited this site on his way to work, writing about it in Glimpses of Unfamiliar Japan. Living up to its informal title, cluster piles of fox-shaped statues and figures litter the edges of the grounds. They all exhibit varying states of wear and tear from being left to the hands of nature. The once vibrant red paint on figures has dulled to a murky brown. Statues now lay cracked and crumbled from the elements. Wandering the tiny grounds is an isolated reprieve from the rest of the world.

In 1890, Hearn became the first foreigner allowed on Izumo Taisha’s grounds. Books widely credit it as Japan’s oldest shrine. The country’s oldest chronicles—Kojiki and Nihon Shoki, both completed in the early 700s—make references to it.  Hearn describes Izumo as, “the land of gods” in reference to its prominent role in Kojiki’s myths. Even though the shrine now readily welcomes foreigners, there aren’t many around. On my bright Saturday afternoon there, I only encounter two other foreigners: an elderly man in a Tulane shirt, and his wife.

Only a scenic hour train ride away from Matsue, the shrine offers a gateway to the past. This massive wooden structure is a millennium older than New Orleans, and the surrounding thick greenery feels older than time itself. Seemingly ancient trees consume my sight line and a feeling of ease overcomes me. It’s as if all the trees join together to form one giant lifeform. 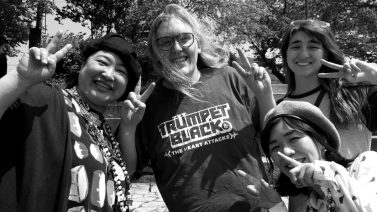 Back at the festival, members of the brass band approach me and compliment my Trumpet Black shirt. New Orleans musician Travis “Trumpet Black” Hill died while touring in Japan in 2015. They call him by his first name. I wonder if they met him during his travels. They recommend going to Green’s Baby for gumbo, but it’s closed. The world is a small place.