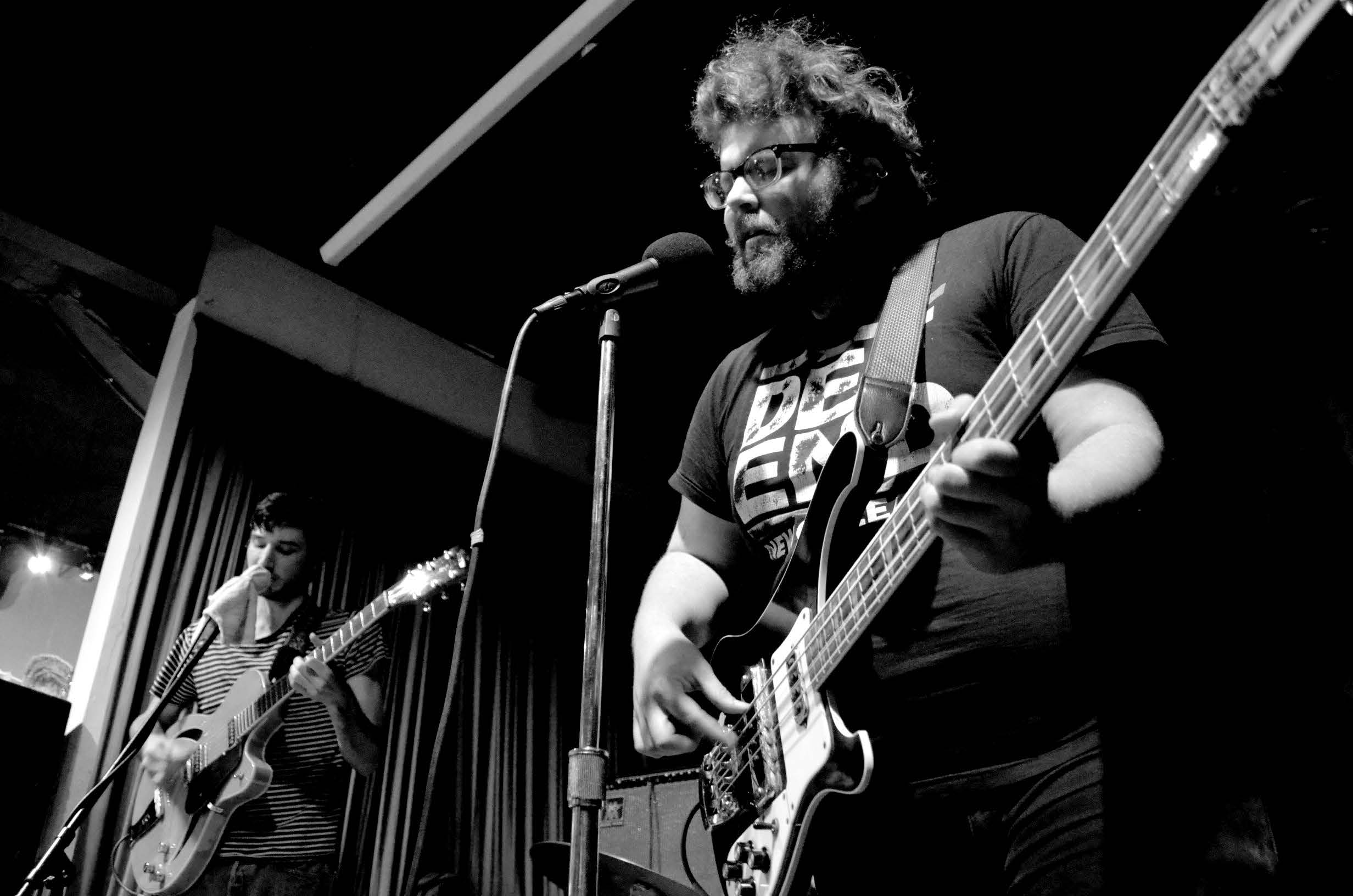 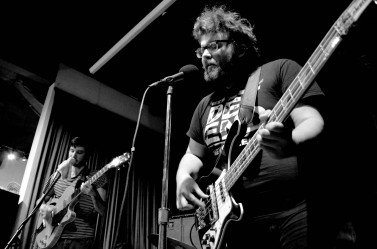 Four years ago, Native America was only a creative thought of Ross Farbe, who played percussion and keyboard along with bass player John St. Cyr in Sun Hotel, one of Loyola University’s musician collective. Meanwhile, Ray Micarelli was playing drums in the now-defunct New Grass Country Club. Fast forward to 2013 and Farbe is fronting Native America on guitar, shifting from at-home solo recordings into a full on rock’n’roll band with St. Cyr on bass and Micarelli on drums. Fresh off their first extended tour, a CD release party at the Big Top for their first full-length (Get Well Soon) and an oddly-booked middle school lock-in performance at St. Matthew Apostle, Native America has strong momentum leading into 2013.

How did you guys meet each other and how did the band form?
Ross Farbe: Loyola University is where we all met but me and John had actually been playing together a lot with other bands that we were all in before college started. He was in Gamma Ringo and I was in Mojo Method; and our bands played together all the time. Then we were in Sun Hotel together. After that I started recording some solo stuff. When it was time to find people to play live with I called on John. It took us forever to find who else would play with us.
John St. Cyr: We went through a lot of different people. First Adam Gertner played drums, then this guy Kyle Heinz, who was in Mojo Method, played guitar; and then Adam quit and Devon from Sun Hotel played drums for a little bit. And then Devon quit and Chris Rehm from Caddywhompus played drums for one show with us in Pensacola, which was awesome. Finally, when we played with Ray for the first time it was like, “yea, that’s right.”

How did you initially approach the recording process and what drove you?
RF: It started as my ideas for songs and me just trying to record them just so I could give it a shot. I met Chris Rehm and saw that he was recording all his own shit all the time; and I thought maybe I should just try to make some songs and see what happens. I made the EP and when it came to playing it live (and since I formed this band), it kind of has become a much different thing now. As Ray put it, it’s a lot about the pop song. The pop sensibility is a big goal of ours.

The new album is a collection of recordings you’ve done over the past couple years. Are you surprised they actually manifested into a full length album?
RF: Once I released the first EP of songs I had been recording by myself, I knew the next goal was to make a full length album. So I started recording some stuff and it never really came together for a long time. We finally said let’s record all these songs we’ve been playing, because we slowly wrote [them] over the past couple years of playing together as the three of us… Ray actually added a song he wrote (“Bayhouse”) to the album. The other recordings started off with me by myself and I layered a bunch of stuff on top. These we started off with the three of us playing live. It’s loud guitar, drums and bass; and then we layered some things on top of that. It’s rooted more in the full band. 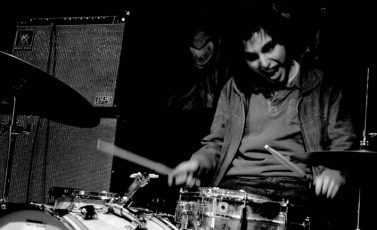 You’ve mentioned rethinking the song “Reminded” after listening to Chuck Berry. Does that style of classic rock’n’roll influence your sound?
JSC: That’s a big influence.
RF: Yeah, that’s definitely a lot of it. When I wrote that song I wrote it for a cassette to show my girlfriend. It was very personal and then I was with her in Nashville and she was on this Chuck Berry kick, listening to Chuck Berry non stop… and I thought, hey maybe that song would sound cool totally different than how I first recorded it, with the Chuck Berry sound.

Are you happy keeping the band simple and remaining a trio?
RF: When we first started playing with the trio we knew it clicked, but we were thinking it would be awesome to get somebody to play other shit so that we would be freed up to try some new things. We’ve tried a little bit but it seems like the trio is working out so well that we don’t really want to complicate it.
JSC: I just want to say if D-Ray wants to ever join Native America… please.

Do you think a new scene is forming in New Orleans outside the jazz/funk/soul culture the city is so famous for?
RF: There is definitely a flourishing young music scene going on in New Orleans right now. We’re part of the collective that we call Chinquapin Records. We try to pool resources to make things big.That’s a big thing. We’re trying to not just be local. It’s cool that we have this community because if one of us gets an email from a touring band and we can’t play the show, we can ask this big community of bands and somebody will play. It really helps to give touring bands nice shows. In the past few years, a lot of really cool bands that were big in other parts of the country would skip New Orleans on their tours because people in New Orleans wouldn’t even know about them. A lot of it just kind of doesn’t get past the bubble of New Orleans. Recently there’s been a lot more touring bands coming to town, which is awesome to see.

You just got back from Native America’s first real tour. How was the experience?
RF: There is such a steep learning curve on touring when you are doing it all yourself and booking it all yourself. JSC: A lot of things can go wrong. RF: Me and John have done the do-ityourself tour enough times to where we’ve kind of learned a lot of small things that help a lot. Like how to eat cheaply on the road and make sure we’re all fed. When people get hungry, everyone gets pissed off quickly. JSC: Touring is also the most intense form of practice. You’re playing as hard as you can every night. It’s incredible. Nothing makes you tighter as a band.

How was it coming back to New Orleans to play at the Big Top and then a middle school lock-in the next night, after being on the road for two and a half weeks?
RF: Coming back and playing the Big Top show was incredible.
JS: So much love to Greg and D-Ray for organizing that. Probably the most well run show I’ve ever seen.
RF: Everything about that show was perfect. Great line up, on time, everything was really organized. The next night, though, was the real cap off to the tour: middle school lock-in. It was hilarious. It freaked Ray out when I told him I was in that auditorium when I was 5 years-old. We played for these little kids. It was kind of awkward at first because they were all just sitting down. They were being really attentive. They were all sitting and watching and after the songs they would clap. Finally I said “Hey, if y’all feel like dancing with us, feel free.” Then they all stood up and started running around and partying. Ray had the genius idea of telling them that the next song was going to be a dance competition. Who ever had the best moves would get a free CD.
Ray Micarelli: That offer still stands for any show that we have in the future.

For more information about Native America and their latest release, Get Well Soon, check out nativeamericamusic.com