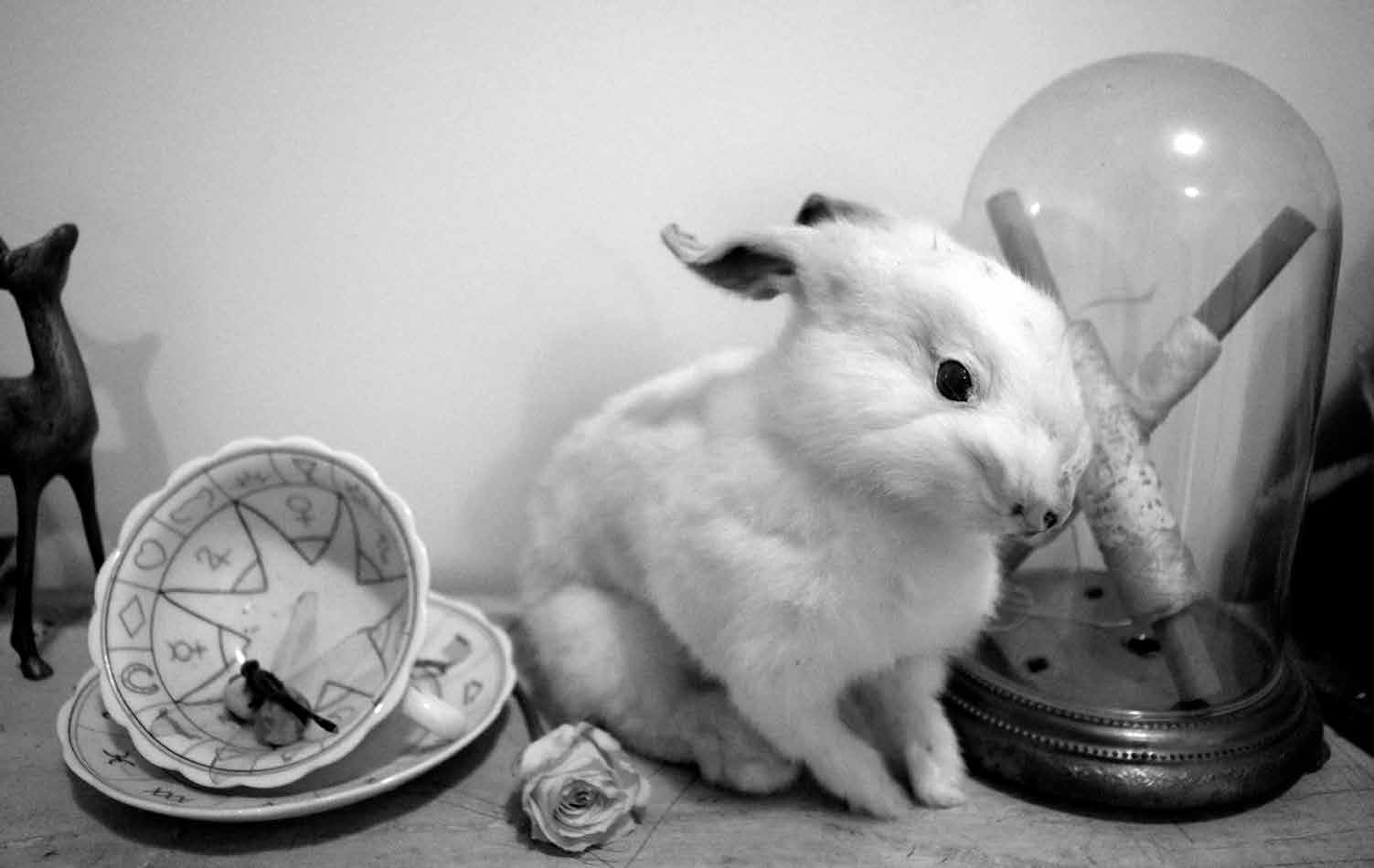 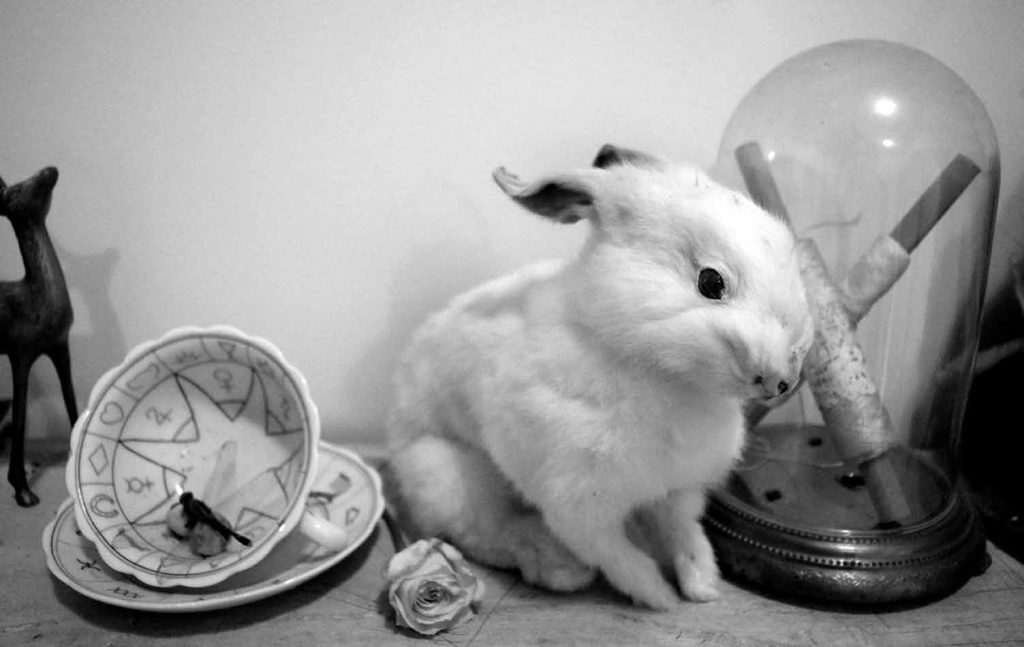 “I think we deal with pleasure very well in New Orleans.” So Micah Learned, one half of Momma Tried— an interdisciplinary art project and irreverent nudie magazine-meets-installation piece—succinctly concluded an interview regarding Spa Castle, their latest installation in conjunction with local contemporary art outfit Pelican Bomb. Learned and Theo Eliezer, the other half of Momma Tried, curated an immersive experience to inaugurate the opening of Pelican Bomb’s new space, Gallery X, in celebration of the organization’s fifth anniversary. The goal of Spa Castle, as Pelican Bomb Executive Director Cameron Shaw put it, was to whisk visitors away “to some of history’s most decadent celebrations, real and imagined.”

Spa Castle, as I learned through hasty texts to friends in New York, is a Korean-style mega bathhouse which, according to its website, is billed as “the perfect combination of traditional Asian and luxurious European spas.” Eliezer described it in passing as a “big casino of pleasure” with a bunch of “Roman statues outside that make no sense,” whereas my friend Haley wrote me that “It’s giant and an old dude died in a whirlpool there last year of a heart attack.” It’s clear, at any rate, that whoever termed it both a spa and a castle, believed it to be very grandiose indeed.

“We wanted to focus all our programming around the concept of parties: real, fictional, theoretical, art historical,” Pelican Bomb Creative and Operations Director Amanda Brinkman said. Thus Brinkman began a dialogue with Momma Tried that involved The Factory, Story of O, Caligula, and the Mad Hatter’s tea party as inspiration for the Crescent City incarnation of Spa Castle.

Spa Castle proceeds through three rooms and three different scenarios: the first, a white hall in which six life-size cutouts of Greek gods are positioned colonnade-style around the room’s perimeter, with an empty concrete fountain in the center, littered with golden apples, rose petals, pennies and other loose change, and one stray, empty pint of Evan Williams. The second room represents the Mad Hatter’s tea party and is decorated with Victorian-looking furniture, fake cherry blossoms, several taxidermy rabbits, playing cards, teacups, and some very well preserved dead butterflies and dragonflies. The third room, or The Factory (as it were), is visible through several glory holes cut into the room housing the Mad Hatter’s tea party (with steps to give you a little boost, should you need). It is lit in red and wallpapered entirely in silver, with large silver balloons spelling GLORY HOLE over the wooden bar.

My Spa Castle initiation occurred at a gathering following the gallery opening, where I was greeted by a surprisingly delightful cacophony produced by a rock band practicing loudly upstairs, whose jams spilled over into the ‘70s hits from the back room, commingled with party chatter. I didn’t realize it immediately, but things spilling would emerge as a prominent motif throughout the evening. Eliezer graciously intercepted me from my wandering from where she had been chatting with her mom about the Angelo Brocato pastries in the Mad Hatter’s room to walk me through Spa Castle.

She began with the Greek gods and goddesses, all of whom were New Orleans friends reimagined as mythological figures: gender bending Nyx, Dionysus, Apollo, Artemis, Eris, and Palaimon flanked the room with penises, tits, pubic hair, tattoos, and blonde, brunette, and pink wigs. Palaimon, as Eliezer explained, is one of her favorites, because after his mother pissed off Hera, she jumped off a cliff into the sea with him in her arms, where he was transformed into a god that rode around on a dolphin saving sailors.

A fountain occupies the center of the room (in the style of a Roman impluvium, I might add). Beyond her faculties for photography and curating spaces, Eliezer tried her hand at concrete casting for the fountain, realizing on the night of the opening that she’s “clearly not a qualified pool technician.” A slow leak gave way to many little leaks, inducing a frantic bout of Momma Tried and Pelican Bomb’s editorial team bailing out the fountain with little cocktail cups.

Like so many acts of serendipity, though, it turned out to be “a kind of perfect twist of fate,” as Eliezer put it. Two of their performers used it as a dance pit, and, she continued, “If you go visit the exhibit now, the fountain is still full of all sorts of wonderful trash and rose petals, the top is covered in footprints and mysterious stains, and the concrete is crumbling off the sides from hours of dancing on it, all of which we feel is totally in keeping with the spirit and aesthetic of Spa Castle.”

The Mad Hatter’s tea room proffers a cornucopia of trinkets to the curious viewer, or at the very least, a compelling madcap-Victorian veneer to those accustomed to glossing over detail. Momma Tried excels in creating precise and even maniacally nuanced spaces: dead insects sat in various teacups in all corners of the room; a taxidermy bobcat joined the legion of taxidermy rabbits; and Eliezer’s childhood paraphernalia (a portrait of baby Theo, a copy of Alice In Wonderland opened to “Advice From A Caterpillar”) found its way in amongst the spools and bird beaks heaped in bygone corners—in short, little pieces of magic.

The most engaging aspect of the room, however, were the fortune eggs hand-blown and painted by Eliezer (with watercolors inherited from her “hippie grandmother”), and delicately stuffed with fortunes she wrote after descending into a trance, as she put it, activated by reading Yoko Ono’s Grapefruit and listening to The Smiths. Smattered around the room, the eggs were then to be smashed in hand and the detritus thrown to the ground. Mine read: “embroider your favorite memories into a winter coat,” and later, “your memories are shadows that live inside of you.”

A fellow partygoer wandered by from the Glory Hole dive bar doublefisting a Miller Genuine Draft and Capri Sun, which she described as tasting like a spritzer when consumed in combination with one another. In the dimly lit, silver-papered Factory room, I noticed the white couch was covered in clear plastic at the same time that a guy next to me spilled beer on it. It seemed Momma Tried had succeeded in preparing for most eventualities associated with legendary decadence. A sign stood next to it that read DANCING NIGHTLY UNTIL TW in blocky sign letters. A roster of Fleetwood Mac, David Bowie, and Led Zeppelin wafted from the boombox.

“We see the friends that appear in our projects making amazing, exciting work, and think of them as artists and muses of equal significance to luminaries of the scenes at the Factory and the Chelsea Hotel,” Eliezer said. “It feels like we’re currently living moments that will be remembered in the future as having cultural and artistic significance, and we want Momma Tried to be part of how people remember this time.”

To an exhausted but blissed out bunch of post-Mardi Gras revelers, the notion that New Orleans in the now may be considered—or already has been considered—a mythologized scene, a bastion of art and culture, a petri dish of muck and glitter, despair and humanity worthy of posterity, is compelling. In a city where even the ground shifts from second to second, everything is up for grabs and nothing exists beyond the realm of possibility (for better or for worse).

Perhaps it is our culture of pleasure that elevates New Orleans to a place of significance; perhaps it is this daring to simply be as you are, to fly a fat middle finger in the face of the peanut gallery that tells us what to buy, what to eat, how to dress, and to instead insist on “do what ya wanna.”

This is where Spa Castle succeeds, in a carefully engineered storm of time and space: as the viewer progresses through these rooms, they (hopefully) grapple with the notion that they are experiencing a simulation of these legendary moments in time, in what could very well be its own historical moment.

And yet, an equally powerful aspect of the installation regards these scenes after the revelers have gone home, to sink glittery cheeks upon the pillow: What does the Mad Hatter do when left alone amongst his teacups? Decadence, after all, comes from the Latin word for decay; decay referring to an exchange between life and death, where one feeds upon the other and transforms expired matter into new life.

Gallery X is located at 1612 Oretha Castle Haley Boulevard. Spa Castle will be on view through March 13th, Wednesday through Sunday, 12 p.m. to 5 p.m. A closing reception will be open to the public on Saturday, March 12.