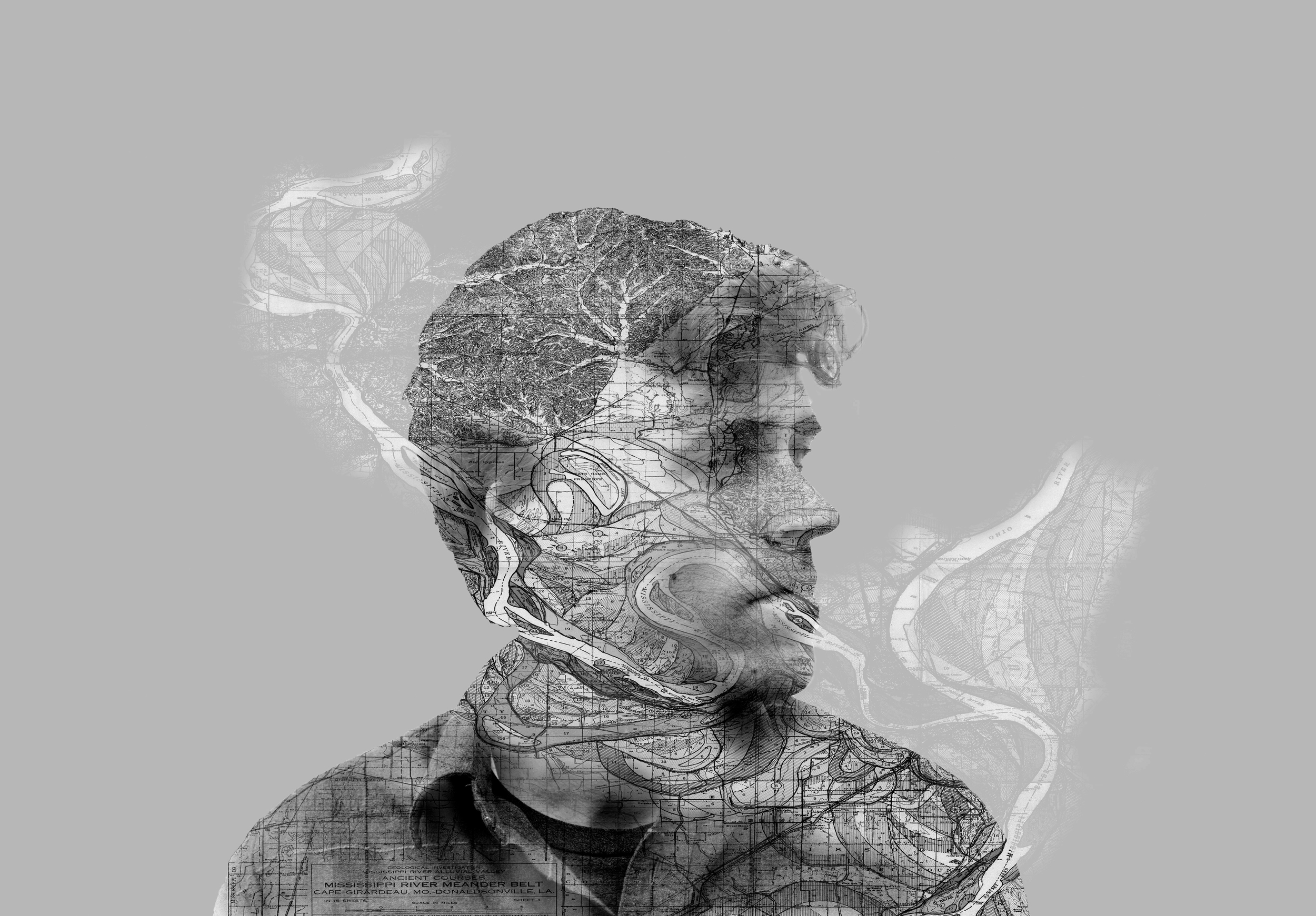 Sam Doores got his start as a street musician in New Orleans, busking for a few bucks with an open guitar case. He played with Hurray for the Riff Raff in their origins until joining the honky-tonk group The Deslondes. In the few years since, he’s helped build a jamboree roots country community in the lower Ninth Ward. Turning his levee-resting home into a makeshift studio, he’s recorded all the best roots-country bands in the city, subsequently releasing and producing two local compilations under Mashed Potato Records. Now the grinning harmonica crooner is venturing out with his first self-titled solo album.

While on a European tour with The Deslondes, Doores met producer Anders ‘Ormen’ Christopherson. Doores wasn’t expecting to put out his own album, but in Anders’ old-school studio, they cut a few original tunes on reel-to-reel tape. Throughout tours, Doores would return to Berlin and fortuitously record a few more songs; eventually, he had a 13-track record. The result is a cleansing collection of songs exploring themes of heartache, loss, and redemption alongside an experimental score of organ and wayward instruments—though it still hasn’t lost the feel of his busking days. Doores brought the songs back to Nashville, where he enlisted engineer Andrija Tokic (Hurray for the Riff Raff, Phosphorescent, Alabama Shakes). The final touch was scored back home in New Orleans, when friends in the local country-folk circuit joined in, including Tuba Skinny, Twain’s Mat Davidson, and Hurray for the Riff Raff’s Alynda Segarra.

I caught up recently with Doores about his musical influences, old style doo-wop, and the effect of place on his songwriting.

What records were you listening to during the process of making this album? Anything that particularly influenced you?

This album deals with a lot of things that are highly personal in nature. How did writing and releasing it change your perspective on songwriting?

Working on this record gave me the opportunity to write and record songs that wouldn’t necessarily have fit the bill for The Deslondes, due to their more personal content and experimental arrangements. It was liberating and helped me break through some writer’s block at the time. Before, when I sat down to write, I’d generally have an aesthetic or lyrical direction already in mind intended to fit the format and vibe of the band. Suddenly, I had an outlet for any new song or idea, no matter how strange or vulnerable.

How do you think recording the album over a few years affected the process and sound? How did that movement relate to the themes of ongoing change throughout the music?

It was a different experience not having any deadlines or designs on a finished product while chipping away at this. Whenever The Deslondes had a European tour, I’d just tag on a little extra time in Berlin to mess around in the studio. For better or for worse, this gave my subconscious a chance to stir up new ideas and tweak throughout the year, and the songs just kept transforming. This can be a double-edged sword as there’s something powerful about making a thing and putting it out into the world without overthinking it. Luckily, Anders was patient with me, and I’m glad we had the opportunity to take our time and ride out all the changes. It made sense, given the circumstances of our lives, and ultimately allowed us to hone in on the sound we wanted.

The album spanned cities as well as time. Berlin, Nashville, and New Orleans. How do you think this contributed to the sound and view of the album as a whole?

Berlin and New Orleans both profoundly influenced the sound and scope of this record. At first, recording in a foreign environment with a new cast of musicians inspired me to take risks and experiment with more cinematic, psychedelic sounds. Toward the end of the process, though, we had the luxury of bringing it all back home to New Orleans, where a handful of old friends and longtime musical collaborators sweetened up the tracks. This was when it all came together in my mind—blending the new and the familiar.

How did you find time to write between touring with The Deslondes and your work recording in New Orleans? What’s your process like?

Finding the time to write on the road or even at home while recording and producing other projects is challenging. Opportunities to sit alone in a room and work stuff out are few and far between. I wish I could say I’ve figured out a process or discipline over the years that consistently works for me, but the truth is I am still searching. I often find that deadlines help, and having these dates on the books when I knew I was going to Berlin really gave me the kick-in-the-pants I needed. Also, a lot of the writing for this record would actually happen right there in the studio. We’d sit around the kitchen table, and I’d play Anders and Micah [Blaichman, co-producer] a handful of new half-songs, and they’d help me focus and finish arranging the ones they heard some potential in.

How has this album been different than your previous work?

Do you see your solo career changing things in the community moving forward? Will you miss your music buds on this tour?

The community is always evolving, and I don’t suspect my “solo career” will have too much of an impact either way. I’ll be taking music buds on the road with me, and I intend to keep drumming for The Janks, producing Mashed Potato recordings [and] compilations, etc. A lot of local bands seem to be finding their stride and honing their sound right now. I’m just glad to be a part of it.

‘50s doo-wop, in my opinion, is some of the most ironically somber music ever made. The contrast of singing sad lyrics while the music remains upbeat jolts me. What draws you to that old-school sound?

The combination of sad lyrics with upbeat music is so often used all over the world to cheer people up. It’s cathartic to talk about the hard stuff while you’re dancing to an infectious beat or singing a catchy melody. Doo-wop is no exception. I grew up singing in church, and ever since I’ve been drawn to harmonies and group singing. There’s a power and connection in it that’s hard to find elsewhere. I used to have a doo-wop band with some friends here called The Carondolettes, and we all had a ball laughing and singing those sad-ass songs together.

What’s the perfect day in New Orleans look like for you?

Oh, I don’t know about perfect, but a lot of my favorite days here have involved recording with friends til about sundown… going for a stroll on the levee at the end of Deslonde to watch the sunset over the skyline and pet neighborhood dogs. A delicious home-cooked meal is probably in order, and then a night spent on the town, dancing it all out. 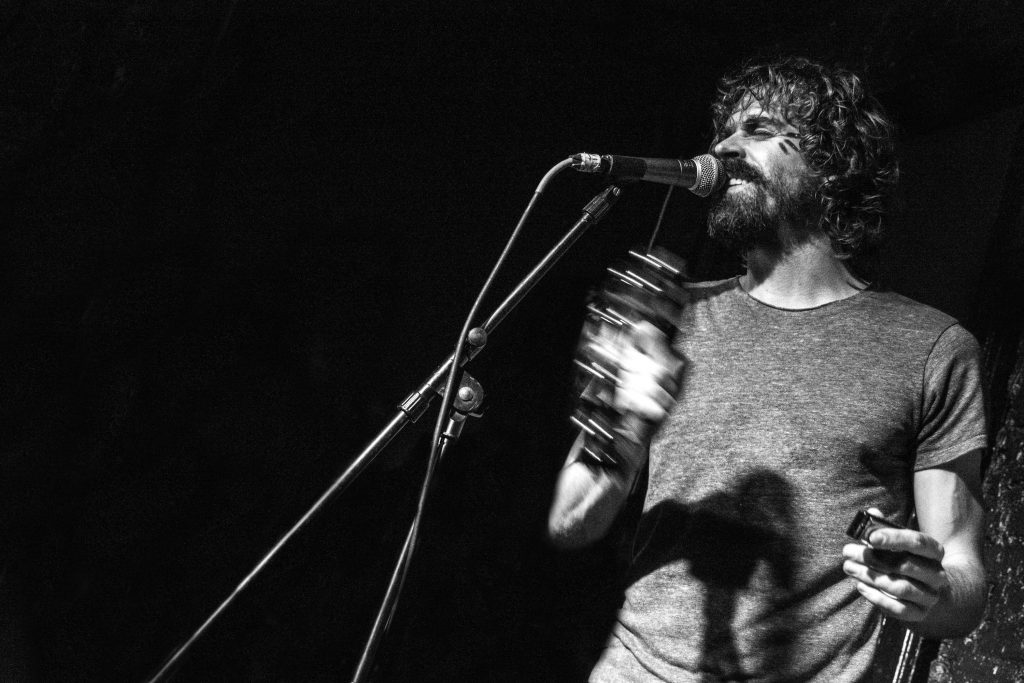