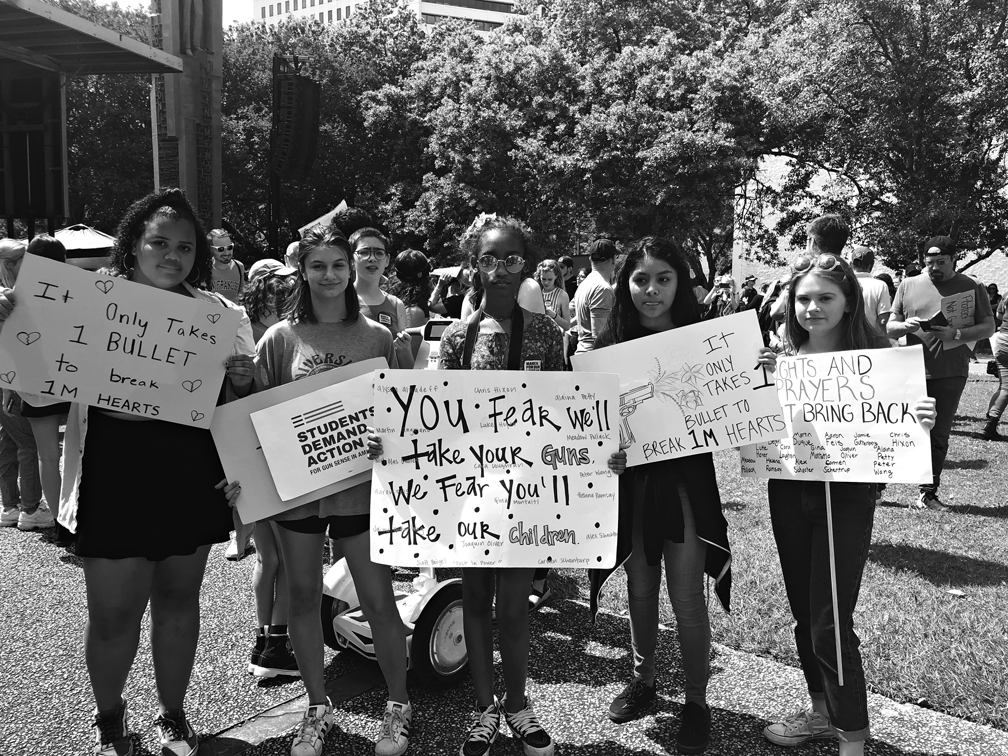 I was nine years-old when the Sandy Hook massacre occurred, 10 years-old when five people were killed in the Santa Monica College shooting, 11 years-old when four lives were lost at Marysville Pilchuck High School, and the list goes on. The morning of February 14th was one of fear. I was sitting in my uncle’s car, having just left brunch with my friends during the Mardi Gras break, when the radio echoed out the number of unconfirmed deaths. It was 10 at the time but I was later informed that it had gone up to 17. 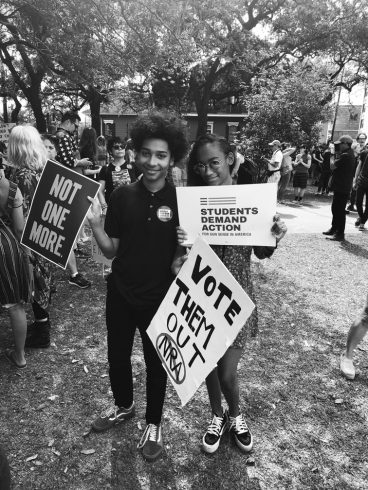 Being a freshman in high school intensified my fear. I realized for the first time that it could’ve been me. It could’ve been my school. It could’ve been my friends whose faces were flashed across the Channel 4 news. Immediately, my social media feed was flooded with outraged teenagers feeling a combination of fear and anger. I was informed of the March 14th walkout, which sparked a rather controversial debate between students. One side argued that the walkout was pointless because it will not change policies. A friend of mine even went so far as saying, “But even so, what’s the point of complaining about it when that’s how literally everything works nowadays?” Many felt that if nothing had been done in years prior, then what was the point of us even trying; while others felt that it was our job to make a change. They felt that they were doing their role by showing the government they were there and they were watching, signing petitions, and exercising their first amendment right. Soon after the shooting, my school vowed to crack down on security by making sure that all students had on IDs at all times, and locking all exits throughout the day. This system sounded brilliant on paper but was poorly executed. I walked around half of the time not wearing any ID and the other half wearing one of a friend. I did not and do not feel any safer in my school. Two days before the walkout, at around 9 p.m. the Sunday before, I received an email from our principal saying that school was canceled until further notice due to “threats of violence.” Luckily, the suspect was arrested and school resumed.

The school announced that they had scheduled 40 minutes of the day to address the gun violence situation. We had the opportunity to make posters and signs in the days prior and even on the day of. During the “walkout,” our student council had the opportunity to speak, news stations were there, and a petition against gun violence was passed around. I felt that the “walkout” was very nice, as it presented viewpoints that I had never considered, such as those of administrators and parents. I felt that it was informative and effective in getting me angry, but it lacked in actually taking action. Sure, saying the facts is nice but changing the facts is what I’m aiming to do. The next step after sensationalizing these problems should always be to take action.

Nevertheless, I attended the march on March 24th. I was so proud of the amount of young people who had decided enough was enough. I had the opportunity to walk on the front line, next to my peers. Of course we received people booing and cussing at us, but the amount of adults that supported us in our fight brought tears to my eyes. I wish that by saying I had the opportunity to speak to a congressman equated to me feeling as if I had made a dent in the probIem; but honestly, my voice most likely won’t make it past his ears. And I know that. That does not deter me from continuing to make noise. I will not stop. At some point, someone will get fed up with teenagers protesting and they will begin to listen. I want my voice to be one of the voices that tear at the wall dividing us from Congress.

Parkland survivor Justin Gruber said it best: “I was born into a world where I never got to experience safety and peace. There needs to be significant change in this country because this has to never happen again, and people should be able to feel that when they go to school, they can be safe.” I want to feel safe at school. I hate feeling that every goodbye to my mother will be my last. I hate feeling powerless. I hate not having a voice. I have written legislators and made phone calls, as I’m sure thousands of others have as well; but when will it be enough? President Trump assured us that we “are never alone;” but I feel alone in this fight. I am not saying that it should be impossible to obtain a firearm but I am saying that there should be stricter regulations that include not just handing out semi-automatics to anyone who wants them. I understand that the government makes money from it but it feels as if they are selling our lives in exchange for money from firearms. I am no longer sad; my tears have been replaced with anger.