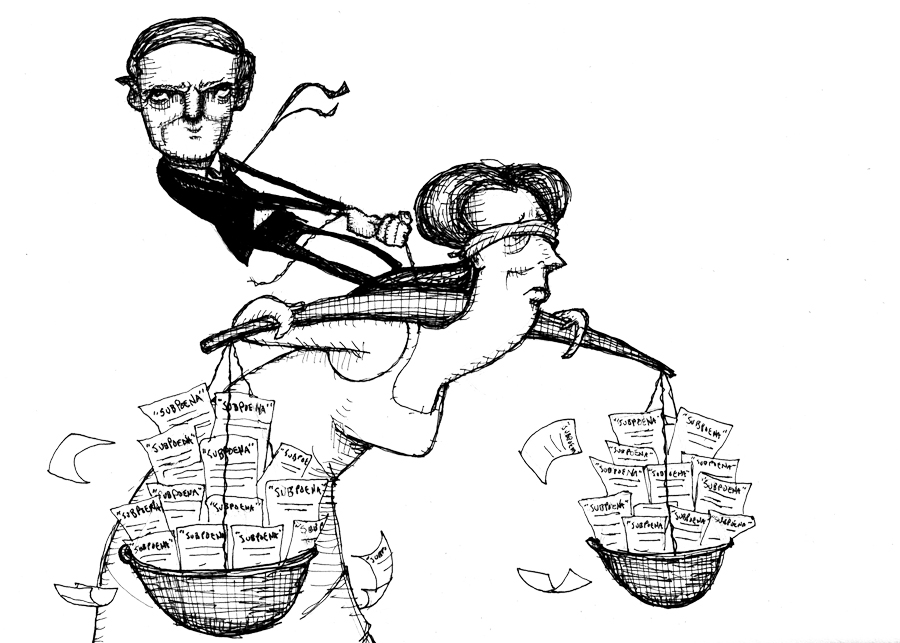 Orleans Parish District Attorney Leon Cannizzaro has had a shitty couple of months. Actually, if you asked him, he’d likely tell you his whole year has been bad. After City Council decided to reduce his 2017 budget by $600,000—a decision interpreted by the DA as “punishing” his office “on account of its aggressive prosecution of criminals”—Cannizzaro gave a speech to the Metropolitan Crime Commission in January criticizing the cuts, asserting that “the bad decisions of politicians, if left unchecked, will destroy this city.”

“Destroy” is a pretty strong word, but in that same speech Cannizzaro also described New Orleans as “literally drowning in gunfire,” so one can presume the man can be a bit melodramatic. Cannizzaro does have a tendency to err towards severity, employing a “tough on crime” approach that’s resulted in more New Orleanians being sent to prison for longer periods of time.

Since taking office in 2009, the DA’s acceptance rate of cases jumped from 50 to 90%. Even as incarceration rates throughout Louisiana have declined, the number of state inmates from Orleans Parish has increased. Along with that, Cannizzaro’s office leads the state in exploiting a habitual offender statute that allows for harsher sentencing for those with prior convictions—like imposing a life-sentence on a man found guilty of stealing $15 out of the open driver’s side window of a police bait vehicle, a sentence later overturned by an appeals court who deemed it “unconstitutionally excessive.”

In addition, Cannizzaro has been roundly admonished for the frequency at which his office prosecutes juveniles as adults, including juveniles with developmental disabilities and juveniles accused of nonviolent crimes. Approximately 200 children have been sent to adult court under Cannizzaro’s watch, according to a 2016 report from the Southern Poverty Law Center that describes Cannizzaro as “out of touch with the community he serves and indifferent to the standards and best practices of his profession.”

Cannizzaro’s fixation on punishment has torn families apart and ruined lives, and it’s wildly unreasonable to think that locking so many people up has improved anything. He’s also charged witnesses with perjury for recanting their testimony and attacked an overloaded and underfunded public defender’s office by threatening defense attorneys and investigators with criminal charges. These types of prosecutorial practices betray a vengeful DA’s office with a compromised notion of justice. As recent reports now raise concerns about Cannizzaro’s treatment of witnesses, the integrity of the Orleans Parish DA is once again being called into question.

In April, the nonprofit watchdog group Court Watch NOLA released a report lambasting the DA’s office for arresting crime victims in order to force them to testify in court. The report found that material witness warrants had been secured for at least 30 people last year; witnesses jailed included survivors of violent crime and sexual assault.

The day after the report’s release, Cannizzaro went on Eyewitness Morning News on WWL to defend the practice, stating, “If I have to put a victim of crime in jail for eight days in order to keep the rapist… off of the streets for a period of years, and to prevent him from raping or harming someone else, I’m going to do that.” The American Civil Liberties Union (ACLU) of Louisiana responded, stating, “Jailing people who refuse to testify against their abusers or attackers not only compounds the trauma they are already experiencing, it effectively criminalizes the innocent for having been victimized.” A recent New York Times Op-Ed by the late Deborah Cotton, herself a victim of violent crime, also denounced the practice. “Arresting victims for failing to testify for the prosecution fosters a sense of powerlessness by further victimizing the person,” she wrote. “And it is a show of aggression by our elected officials who are supposed to be the authorities we turn to so that our sense of stability in our community can be restored.”

After City Council decided to pass a resolution condemning the DA’s practice of jailing victims, Cannizzaro again defended locking up victims of sexual assault and domestic violence, stating, “I must balance the concerns of the victim with the safety of a community that is being torn apart by violent crime.” The next day, The Advocate ran a story on Marc Mitchell, a shooting victim who was arrested at his place of work and jailed as a material witness. BBC News reported on the same story shortly after under the headline, “’Scared for my life’: Why are crime victims being jailed?” “Rights groups in Orleans Parish allege that the use of material witness warrants form part of a pattern of coercion by a DA’s office chasing prosecutions at all costs,” the article stated.

Despite widespread criticism of Cannizzaro’s decision to jail victims, he’s remained obstinate and made no indication his office will end the practice. This disturbing abuse of power by the Orleans Parish DA’s office has created a situation wherein a rape survivor wanting to report their abuser to authorities has to consider the possibility that they themselves will end up behind bars. While Cannizzaro touts this as a public safety measure, no practice so devoid of ethics could ever have the wellbeing of the general public at heart. In reference to his decision to jail a rape survivor for eight days, Cannizzaro asked, “Is it more important for a witness to be inconvenienced for a very short period of time or is it better for the community to get the violent offender off the streets?” Clearly, the DA’s primary concern is convictions.

Another recent report shows some of the convictions Cannizzaro has pursued relied on fraudulent documents produced by the DA’s office. In late April, an investigation by The Lens reported that Cannizzaro’s prosecutors were utilizing fake subpoenas to force witnesses to cooperate in criminal investigations. The notices sent out by the DA’s office read “SUBPOENA” at the top of the page and threatened fines and imprisonment for failure to obey. But these forms were neither authorized by a judge, as is required of legitimate subpoenas, nor were they issued by the Clerk of Court, which sends out said subpoenas. Although the documents sent out by Cannizzaro’s office carried no legal weight, they were drafted to appear as official documents in order to intimidate witnesses to talk. It’s unclear how many of these fake subpoenas were sent out, as the DA has repeatedly refused to hand them over.

A demonstration last month outside of the Orleans Criminal District courthouse called for Cannizzaro to be removed from office and his prosecutors punished. And now the DA has his own legal troubles to contend with, as three separate lawsuit have been aimed at his office. The MacArthur Justice Center filed a lawsuit against the DA for refusal to hand over fake subpoenas, cited by the group as a violation of public records law as well as “a serious abuse of authority.” The ACLU of Louisiana followed close behind, suing Cannizzaro’s office for “refusing to provide public records identifying the lawyers in his office who have issued or authorized false subpoenas, or documents that claim to be subpoenas but were not issued by a court.” And then The Lens also filed a suit, asking a judge to force the DA to hand over records of false subpoenas they were denied after filing a public records request.

While the DA’s office announced they will replace the fake subpoenas with a “notice to appear” form, Cannizzaro’s pattern of violating the public’s trust is irrefutable. His tactics aren’t merely aggressive, they’re cruel. The Orleans Parish DA’s office epitomizes the senselessness of the criminal justice system in New Orleans, where prosecutors put people away with such vigor that “incarceration capital of the world” has become a well-worn title for the city. 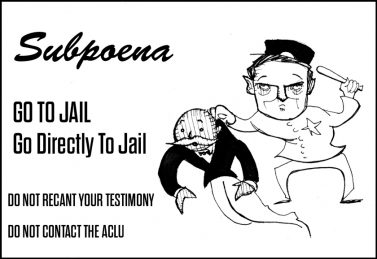 Cannizzaro remains in office until 2020, when his six-year term will be over and he’ll be up for reelection. Keep in mind: district attorneys aren’t term limited; Cannizzaro has already been elected twice, running unopposed in the most recent election. It’s unsettling that people would either have to vote this guy out or wait for him to step down, rather than him being removed from office. Cannizzaro has made a career out of punishing others. Now would be a great time for the tables to turn.