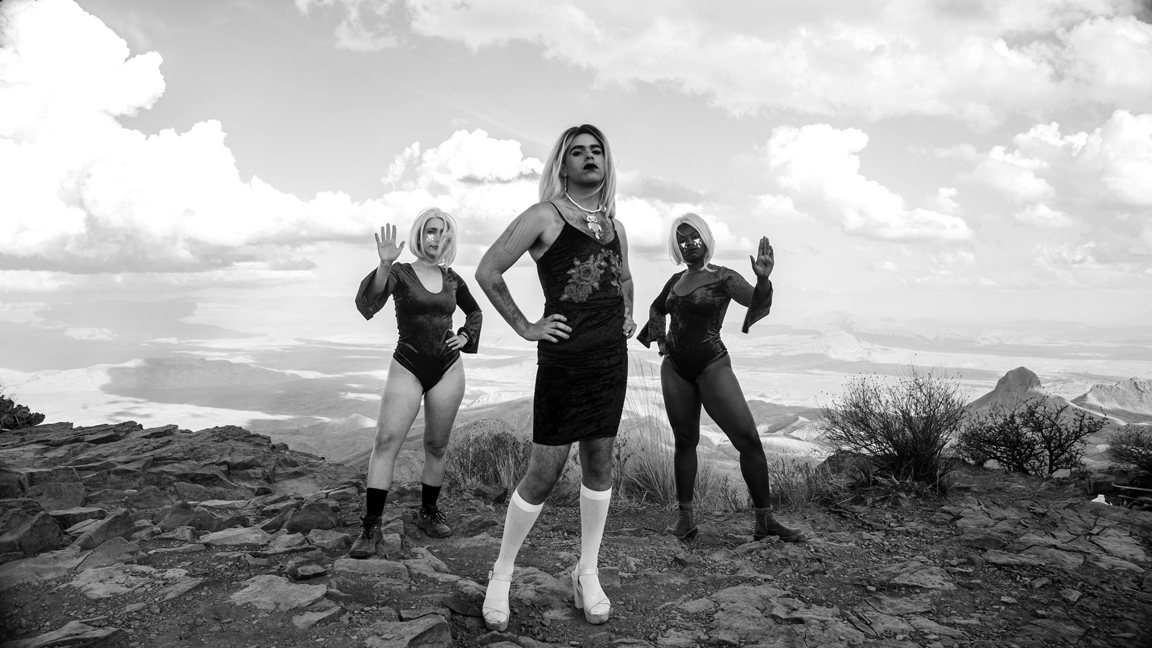 I first met New Orleans noise queen Lucia Honey, a.k.a. Oblivia, in 2015. We were both part of Endless Gaycation, a tremendously awkward drag show at Kajun’s Pub. The audience consisted of other queer performers and tourists clearly staying at Airbnbs nearby. I pranced wearing only saran wrap; Lucia’s performance was a Katy Perry song (“Firework”) with the lyrics “Do you ever feel like a plastic bag” on loop. It was awkward and we’ve remained friends since. We kept in touch through Instagram, and I’ve seen Lucia evolve into Oblivia through one of my favorite mediums, noise music. Lucia recently released a short film, a noise opera appropriately titled The Bottom, which captures Lucia the most wasted she’s ever been in her entire life, with epic cinematography and gag-worthy outfits. We sat down to discuss her film, how not to give a fuck what other people think, and her next plan of action.

What’s an emotional rock bottom for you? What’s the inspiration behind this piece, and why Las Vegas?
That’s a good question.

Hunter S. Thompson much?
[Both laughing] Start right out into the grit! An emotional rock bottom is an idea of a place that maybe we’ve all been to at times. That’s maybe where I get my inspiration from, pain or sadness. My lowest points rebuild from there. What was the second question? Oh, wow. Vegas. I visited Las Vegas on a road trip with a couple friends from California. We were driving from New Orleans and we stopped in Las Vegas for one night and stayed at Circus Circus.

That hotel is gnarly. I’ve stayed there before.
It’s also really cheap to stay there for the night. We split it five ways. We got there after midnight, and wandered around the strip. We walked into a casino and convinced tourists to buy us drinks. We left the next day but I remember feeling very intense about that place, just the way it looks. It’s in the middle of the desert and it’s a sci-fi futuristic-looking city; and we were listening to Heaven Or Las Vegas by Cocteau Twins, just to set the scene upon arriving to the city. It was beautiful. From that moment I decided I wanted to do a video when I got back there and get extremely wasted and have my friend film it.

What did you drink?
I drank a Moscow Mule that I made myself. It’s vodka, ginger beer. I don’t drink a lot so I’m not very good at it; I’m not good at making drinks or [buying] alcohol. I go with 100% proof vodka.

Oh, Jesus!
I thought that it meant it was top shelf; I wouldn’t get a hangover or something like [that], ha! …I don’t know what alcohol brand, but I know it was on the cheaper side. I maybe spent $13. The next day I drove to Joshua Tree by myself. I was deep in the desert, extremely dehydrated for about three days—probably the most dehydrated I’ve ever felt in my entire life. After that I didn’t drink for a very long time.

You blacked out drunk, your friends filmed this, you went to the desert. Who made these outfits? Who are the other folks involved with The Bottom?
I thought of it as queer and self-loathing. The outfit I had bought at a store called Viva on Canal Street after Mardi Gras day. Every year they have these really nice 50% off sales. I bought the gown and wore it in Vegas. I bought these outfits the dancers wore… My friend Jami Girouard, [who] does fashion under the name Yung Hussy, made silver gloves. She makes a lot of jewelry now. The other videographer was Sarrah Danziger, who shot the scenes in Texas.

Oh, so this was another remote location; this wasn’t just Las Vegas or Nevada?
Sarrah was more of the expert of this location; I’ve never been there before. She told me about it. It looks very similar to the Grand Canyon. It’s a place near us where you could get the least light pollution with a super epic sunset. We stayed one night in the desert part and drove up to Chisos Mountains, which overlook Mexico, and you could see the U.S. turn into the Border. You can actually walk into Mexico from there.

Incredible. What about border control?
There is a lot of border patrol right over there. Yeah, you can’t really walk into that area.

They say pain is the touchstone of growth. What’s the next point from here? Do you plan on touring with this film? This should be in the Mix Film festival.
I am in Mix. I applied late and they’re still showing it. I do want to show it at other locations. I haven’t been focused on this specifically; things are happening in my life right now.

What’s going on?
I’m going to Mexico City. I was there for six months last year. Right now I’m more focused on finishing my album, Suburban Legend. The Bottom acts as a bridge between my last album Martyr Complex. The Vegas footage noise track I’m dropping hints that I’m violently disintegrating; it’s the only song I’m releasing on there.

What other people think is none of our business. How do you make your words and actions match and get into that mindset? In other words, how do you learn not to give a fuck?
I went to college for performance art, which is a funny joke in my life, where at 18-years-old, you’re getting naked in front of 30 students and doing weird-ass shit for two hours, talking about it in a self-serious way. That environment was helpful for my growth but I don’t like their art world and the way it’s set up. I went to this school [School of the Museum of Fine Arts in Boston] because it’s pretty alternative compared to other art schools. I’ve met a lot of important mentors in my life at this point, and a lot of people that inspired me to take my weirdness in to make it into an identifiable art form. I’ve been an artist for a long time, my whole life really. I think being queer has set me up for not caring what others think or perception of others. I used to, but I think that’s something unavoidable. I won’t let it stop me from doing what I want. I try to understand people’s perception of me and my work. That’s important to me. But it doesn’t stop me from articulating myself honestly. And that is the most important goal of my art. 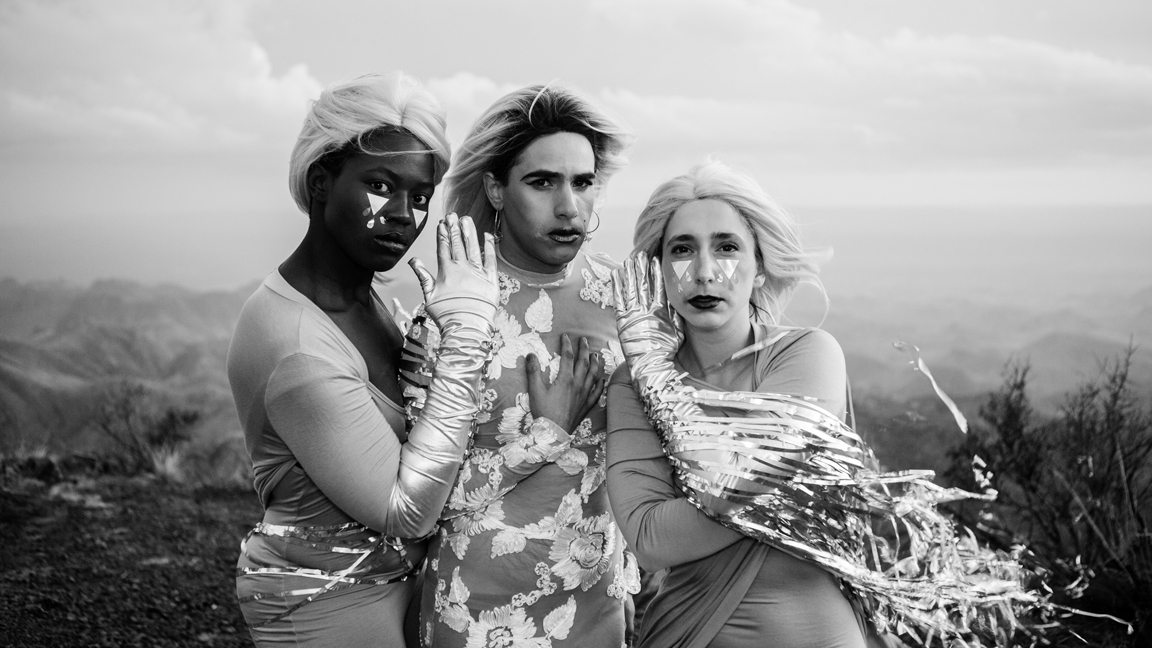 Oblivia – The Bottom: a Noise Opera is available on Youtube. For more info on Oblivia’s music, check out ifellasleeplikethis.bandcamp.com and follow her on @harm_seduction.