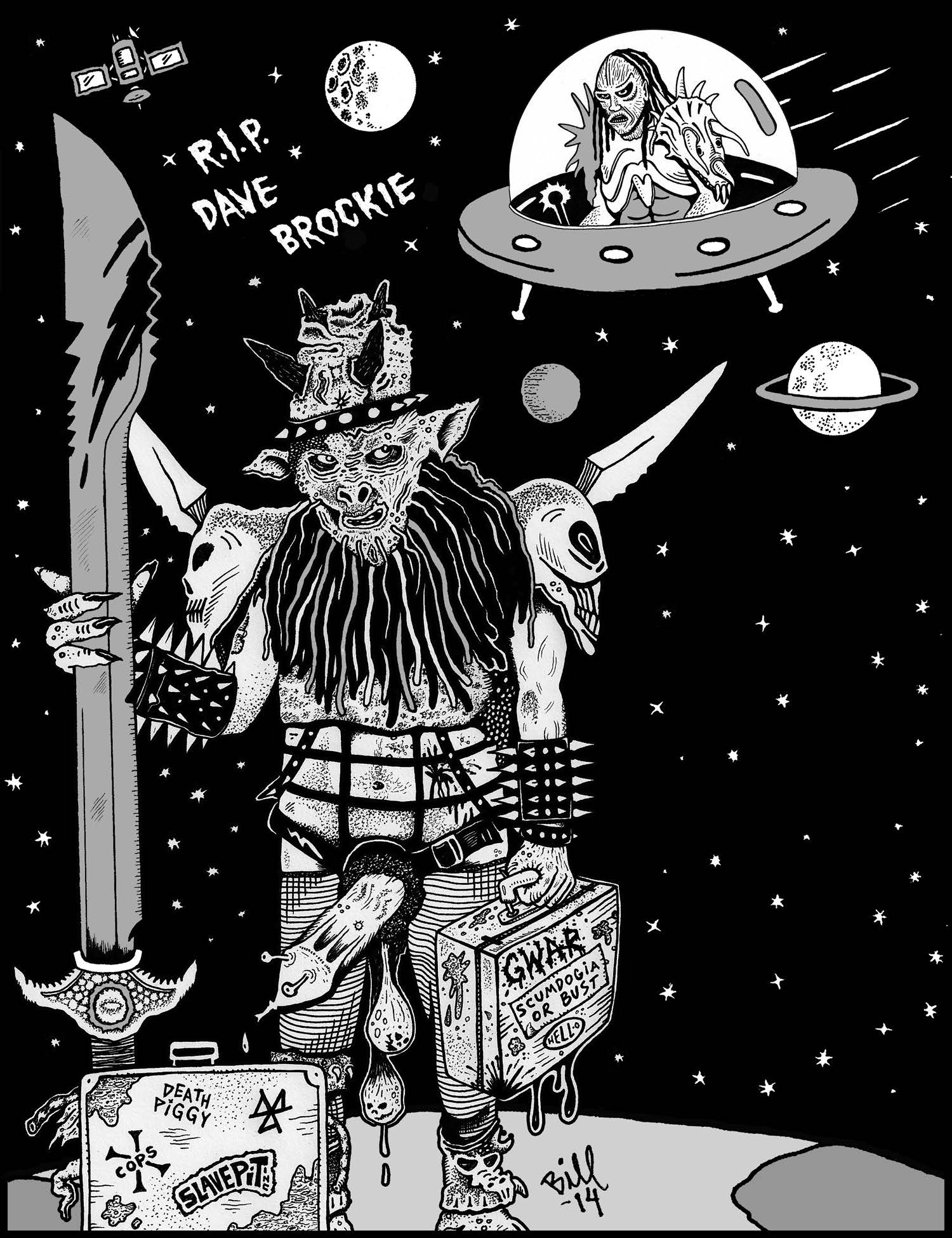 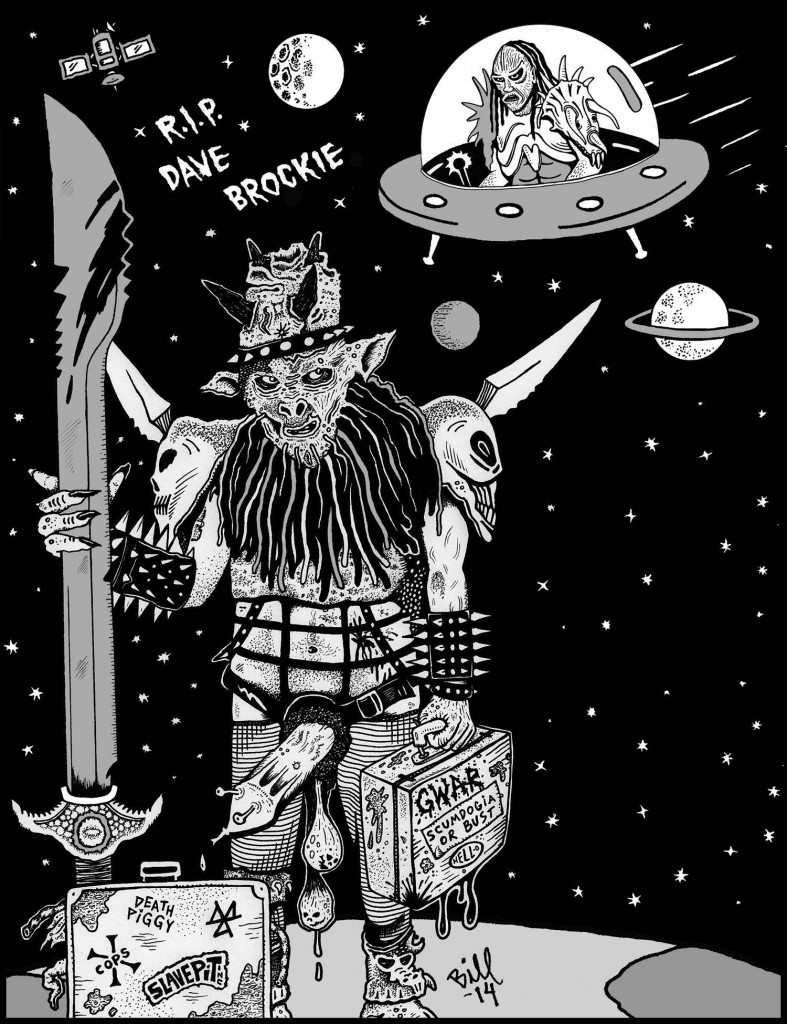 March 23, 2014 was a sad day for heavy metal and horror fans alike. The great David Murray Brockie (best known as Oderus Urungus, lead vocalist for the shock rock band, GWAR) was found dead in his Richmond, Virginia home by his roommate. He was only 50 years old and showed no signs of slowing down, as GWAR had an extensive tour planned for their 13th album, Battle Maximus. The title of the new album served as homage to GWAR’s recently departed guitarist Cory Smoot (aka Flattus Maximus), who died of a heart attack in November 2011.

Originally from Canada, Dave relocated to Richmond, where he formed a hardcore punk band called Death Piggy in 1982. The band would use various theatrics to create an entertaining stage show, which led to the inclusion of local artists Hunter Jackson and Chuck Varga of Slave Pit. The two artists had been designing costumes for a “space pirate” film that was to be called Scumdogs Of The Universe, and this gave Brockie the idea to use these costumes for a fake band. The fake band went over so well that Death Piggy and Slave Pit merged to form what we know today as GWAR. Since 1984, GWAR has grown to become the ultimate combination between thrash metal, horror movies, political satire and tongue-in-cheek humor.

I first found out about GWAR from my mom, of all people. My brother dragged her to a tattoo convention at which GWAR played live some time around 1990. She told me the next day about a metal band that I would love, complete with robots shooting blood and cursing. I was an 11-year-old skater that loved horror movies and heavy music, so naturally I was curious beyond belief. Later that week, to my surprise, I spotted Live From Antarctica at Major Video. My anticipation had built up so high that I figured nothing could match up to what I had been imagining. I popped in the VHS tape and proceeded to watch what would become one of my favorite bands ever. I had already seen some really graphic horror movies, so I was a hard kid to shock, but the amount of debauchery that video contained was certainly something new for me. I couldn’t understand how they could play so well with slaves bouncing all over the place and blood shooting from decapitated victims. My mom watched some of it with me and told me that I had “better not tell any of the kids at school about this.” I think I spent the whole next day going over details of the video with my friends. Shortly after that, they released America Must Be Destroyed with the film Phallus I Wonderland to match. I watched that movie so much that I could recite it word for word.

GWAR has had a huge impact on me as an artist, a musician, and a filmmaker. In a way, they—and Dave especially—made me feel that that my fucked up way of looking at the world wasn’t all that fucked up; sometimes celebrating the horrible things in life is the best way to live with them. Luckily, I’ve had the pleasure of seeing them live ten times and was never let down once. Their musical style evolved over the years a bit, but the stage show was consistently gory and hilarious, which made them my favorite band to see live.

Dave always mentioned that GWAR is a band that could last a thousand years because the costumes allowed other people to step in and play the character. However, as the last original band member, the brains behind the concept and the voice over the music, it seems impossible to replace him.