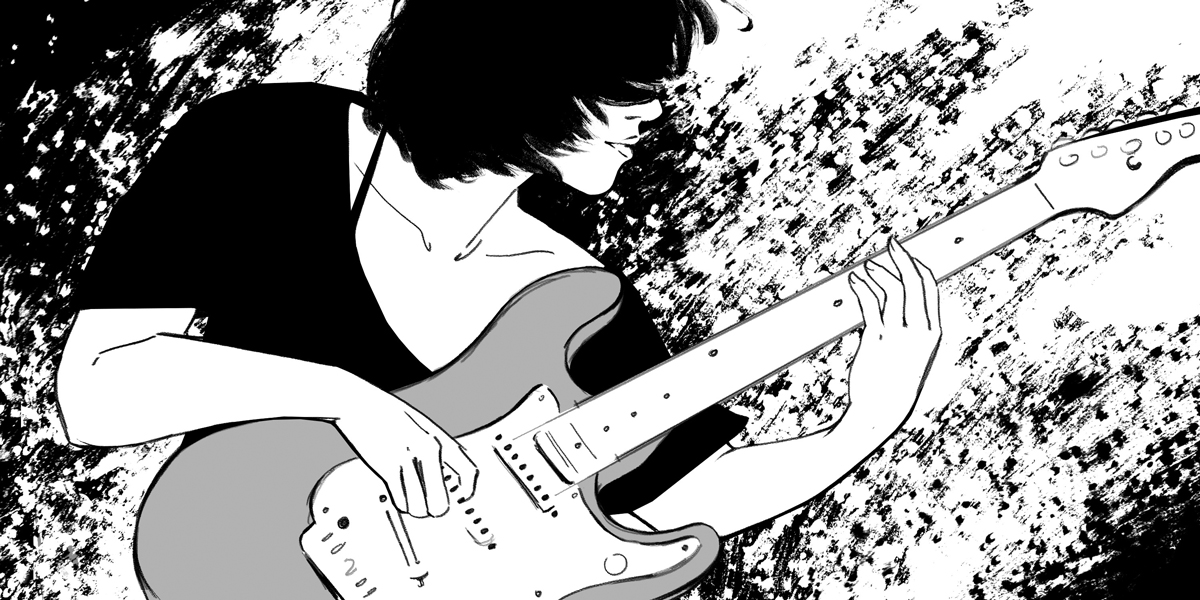 Punk music nowadays has moved away from the humanism that made the genre so necessary in the 1970s and ’80s. Gone are the days of Iggy Pop singing “we been separated” or Paul Westerberg crooning “let’s count the rings around my eye” when they were really lamenting a lack of human connection or self-worth. Luckily, Screaming Females have been maintaining the same integrity—and lineup, for that matter—since they started in 2005. Singer-songwriter-guitarist Marissa Paternoster has led drummer Jarrett Dougherty and bassist King Mike through six albums, their classic three-piece full of fury and pain. Their breakup song “Empty Head” from 2015’s Rose Mountain was easily one the most heartfelt and empathetic songs of the year. With such a flexible aesthetic, their sound is always fascinating: Paternoster jumps from crunching rhythm to shredding lead to piercing silence, leaving enough room for Mike’s bass to shine through while Dougherty’s slick drumming ties everything together. And it’s this kind of fun that makes their covers so enlightening: versions of Sheryl Crow’s “If It Makes You Happy” and Taylor Swift’s “Shake It Off” are practically revolutionary. Luckily, I got to ask Paternoster a few questions, ranging from the way she defines “punk” to advice she would give my six-year-old daughter.

Marissa, with all the shades of punk that contemporary musicians can be inspired by, where do you find inspiration for your very human, personal brand of punk music?
I suppose I find that very inspiration within myself. I’ve learned a lot from my contemporaries, bands like Bikini Kill, +HIRS+, Street Eaters, etc. I think a lot of our music is bred out of anger and frustration. Punk music has always sort of seemed like an airing of grievances to me, coupled with an appeal for positive change. That’s why it has always remained exciting for me, personally.

You mentioned anger and positive change as essential parts of the punk ethos. How do you feel like you’ve continued to marry these two concepts?
There is a lot to be angry about, but punk taught me that I did not have to languish in despair. I could focus all of my anger on my artistic output, which is a healthy way to grapple with life’s frustrations and transform them into something that I can be proud of.

Your band has done some really awesome covers. What is it about covers that you enjoy?
I don’t think we drop a lot of value into our covers repertoire. Sometimes an opportunity arises that requires a cover song, so we think of an artist’s song that excites us and run with it. That excitement can be drawn from a great deal of discussion. We are genuine music fans who listen to all sorts of stuff, so agreeing on a cover song can often be difficult!

Given the things that you’ve written about, are you more prone to the personal or political?
I think the personal and the political are so inherently intertwined it’s nearly impossible to sing about one sans the other, especially in the current climate. I am in a constant battle with ego to crush my hubris and refrain from being preachy, so I try to relay universal experiences through metaphor. I hope I can succeed in that regard.

What’s your favorite kind of venue to play?
Screaming Females love playing all ages DIY arts and culture spaces that assist their community for the greater good.

As a three-piece band, I like how you all give each other shared space in a given recording, not unlike Cream or The Police. How do you and the other members negotiate that ground?
We never really discussed it in detail. I think if one member of the band feels passionately enough about a melody or a composition or a riff, we trust one another’s taste enough to know that it’s for the greater good. We always try to settle on consensus.

One of my buddies says that there’s a lot to be said about the first concert you went to. Do you believe the same? And either way, what was your first concert?
I can’t really say the first concert I went to affected me deeply. It was fun! But it’s not in my personal canon of special shows. I saw Weezer.

Another friend claims, “Sad people listen to the lyrics, and happy people listen to the music.” Your thoughts?
I listen to both! No matter how catchy a melody is, a bunk lyric can ruin a song for me. Lyrics weigh pretty heavily on me. There are some bands I don’t particularly like musically that I adore lyrically. It’s never really worked the other way around.

I have a six-year-old daughter who enjoys The Feelies, Public Image Ltd, and other alt-rock and punk bands. What’s your recommendation for young girls who like punk and want to start playing music?
[laughs] Whoa, your six-year-old is very sophisticated! My recommendation for those who want to play music is not gendered: if you want to play, you’ll do it. You don’t need my advice. You already know what you want to do, and you’ll succeed at it in whatever incarnation you choose regardless of what nonsense you hear me say. In my personal experience, I’ve been really lucky in having opportunities to have surrounded myself with radical humans who share the same moral compass as me. I wish the same for all the young ladies who want to pick up an instrument and play.

Screaming Females will be performing at the First Unitarian Church (S. Claiborne at Jefferson Ave.) on October 28th with Street Eaters and GLAND. For more info, check out screamingfemales.com