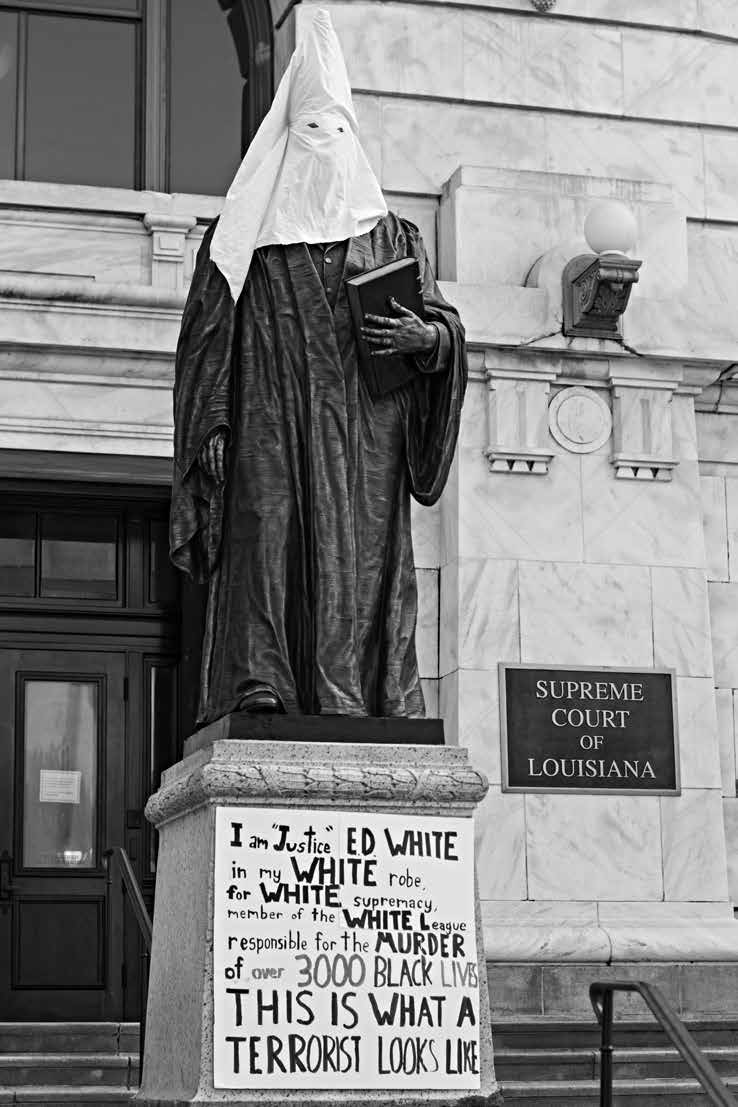 If you were in the French Quarter the last weekend of November, you may have noticed something different about  the statues and monuments in the area. On that Saturday (November 28th), the #TakeEmDownNOLA Coalition  conducted yet another powerful and innovative art-based action to counter the racist symbolism in the city’s most popular tourist destination, the French Quarter.

The event, “Action Jackson,” was the latest installment in a series of rallies, teach-ins, and campaigns by the group to remove the statues and symbols from the city, even as mainstream attention has faded from the issue. The event highlighted four monuments specifically: the statues of Andrew Jackson, E.D. White, Bienville, and the White Liberty monument on North  Peters. At the site of the Jackson statue,  organizers addressed the crowd and spoke to Jackson’s actions as president, laying out red rose petals to symbolize the brutalization of Native Americans during  the Trail of Tears, a forced relocation of Native populations that happened during Jackson’s presidency. Black rose petals were also laid out, symbolizing  the enslaved Africans Jackson kept. 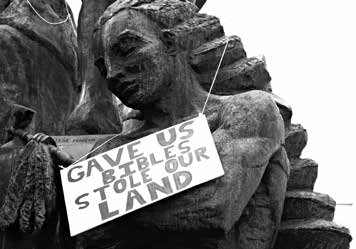 At the E.D. White statue, organizers spoke on the history of White, highlighting his involvement in the White League. A Klan hood was installed over the head and a sign erected over the existing plaque. Next, the procession made its way to the Bienville Monument, which features Bienville, a “defeated” Native American, and a member of the clergy. The group concluded by making its way to the Liberty Monument where they threw red paint and put up a poster that contained the original inscription celebrating an insurrection by an all-white mob against a newly integrated police force in 1874.

#TakeEmDownNOLA is a Black- led, multiracial, intergenerational coalition of working professionals, organizers, and activists. Members of #TakeEmDownNOLA have a shared  interest in grassroots work and education to undo racism and the structures and symbols that uphold systemic oppression. The group recognizes that the removal of the statues is just a first step in addressing the layers of violence and trauma faced historically and presently by the Black community.