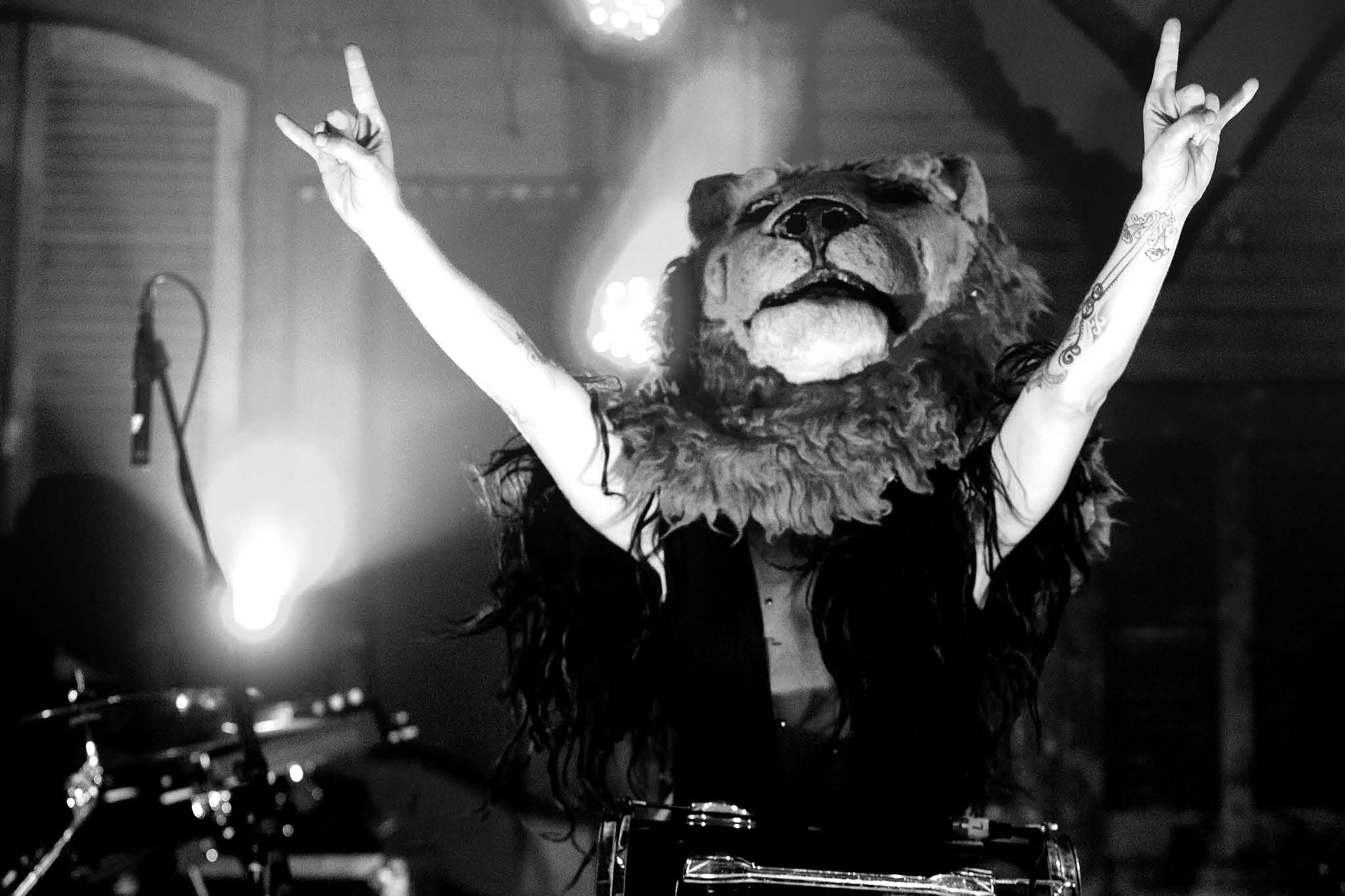 Voodoo 2013 or Lollapalooza  ‘95? Hard  to tell with this year’s lineup, which is topped by icons of  the last millenium like Pearl Jam and the Cure. But  hey, those were some golden times to relive (imagine seeing these bands with  no fucking cell phones in the way!!!) so enjoy the trip down  memory lane—or  this modern age—with  artists as timely and timeless as Dr. John himself. Here are the AG picks for 2013. Party on, dudes! 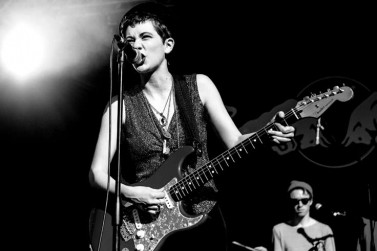 Those Darlins
When the shaggy foursome of Those Darlins rolls into town for Voodoo, they’ll be skating on the heels of their recently-released third LP, Blur The Line. It’s already scoring great reviews and looks to be the next step in honing their vintage rock’n’roll sound. The group started out as a female trio plus a lone male member, but is now a 50/50  outfit. The new album’s lead single “Optimist” is about as close as you can get to slimy ‘70s glam without reading cheesy. In a festival lineup that feels thin on gritty rock acts, this Nashville group is a welcome sight. ––Erin Hall

Shovels & Rope
Would it be wrong to call Shovels and Rope the Ramones of country music? As a simple husband-and-wife 2 piece, Cary Ann Hearst and Michael Trent have burned down the false idols and gilded gods of Nashville and reclaimed the hardened soul of a genre. And like the Ramones, S&R bury something dark and evil beneath sweet harmonies and rap-tight rhythm. Ballads like “Shank Hill St.” (off their most recent, O’ Be Joyful), where they both sing “buzzin like a locust/vibrating right out of my skin,” harkens back to evil, spooky country classics like “Long Black Veil.” These aren’t gentle tunes for your momma’s porch—more like closing time or way past. S&R are slated to play right around sundown, a perfect time to watch two people swallow an entire stage. ––Dan Fox 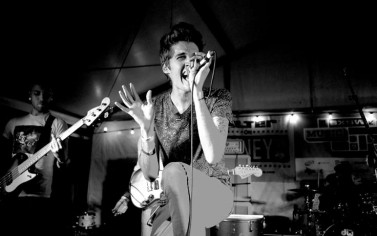 Royal Teeth
Locally grown Royal Teeth have returned after several weeks on the road in promotion of their new album, Glow (reviewed  in September’s issue). Royal Teeth has been burning up the festival circuit since winning the Nikon and Warner Creative Invite last year, which landed them a spot at SXSW and launched them onto the national scene. Bouncing with percussion, Royal Teeth compels you to “oooh-ahhh-ohhh” along with them and their infectious indie pop anthems. Though they are far from stereotypically “Louisiana,” there are hints of their roots in songs like “Mais La,” in which, of course, they urge you to sing along. It’s like a musical antidepressant. ––Sara Pic

Macklemore & Ryan Lewis
Macklemore caught some shade earlier this year from gay rapper Le1f, who called him out on Twitter for appropriating queer culture in his hit song “Same Love.” Le1f (@ LE1FNY) bemoaned “that time that straight white dude ripped off my song then made a video about gay interracial love and made a million dollars.” Although I’d much rather watch Le1f  perform his single “Wut” than Macklemore & Ryan Lewis perform their strikingly similar song “Thrift Shop,” I’ll probably still check them out. “Thrift Shop” is undeniably catchy and promotes one of my favorite activities––bargain- hunting. While I disagree with the assimilationist politics of “Same Love,” my heart is still warmed by the sentiment of Mary Lambert’s uplifting chorus (sampled from her song “She Keeps Me Warm,” which is actually about queer relationships). ––Rachel  Lee

Billy Squier
For anyone who remembers the era when MTV used to actually play music videos, the name Billy Squier should ring familiar. Songs such as “The Stroke,” “Everybody Wants You” and “My Kinda Lover” were in heavy rotation back then and for a moment it seemed as if Squier would go the distance. Unfortunately, an ill-timed video for the song “Rock Me Tonite” featuring Billy writhing alone on a bedroom floor seemed to stop his hit-making career dead in its tracks. For over 20 years, he has been the subject of more than a few “Where are they now?” inquiries despite the fact that he never really stopped making music. Squier has stayed busy, playing the festival circuit with a slower, bluesier sound that still features his trademark songs. His inclusion on this year’s Voodoo lineup should appeal to an older set as well as those who just plain dig some classic rock nostalgia. ––M. Bevis

He’s My Brother, She’s My Sister
Robert Kolar, the guitarist and “brother” of this troupe, describes their sound and show as “country cabaret.” Watch percussionist Lauren Brown tap-dance on a drum while hitting some other skins as accompaniment, while Oliver Newell wields his stand- up bass, Aaron Robinson works the lap-slide guitar and Rachel Kolar sings her heart out on original tunes like “Lazy Daze,” “Electric Love” and the irresistibly infectious audience favorite “Tales That I Tell.” Their quirky take on a latter-day gypsy roadshow, crossed with the B-52’s energy, will have you dancing and singing along in no time. ––Leigh Checkman 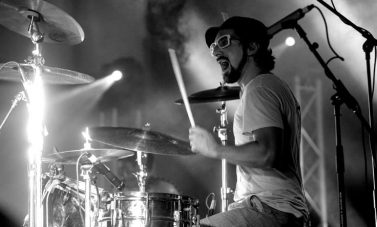 Reignwolf
Saskatoon, Saskatchewan’s Reignwolf (a.k.a. Jordan Cook) is a one-man blast of blues- inspired rock. With a minimal stage setup (electric guitar, bass kick drum) and a sultry growl, Cook creates a soulful, modern take on a vintage sound. But this is no retro trip for Reignwolf; his songs are full of the bluster and swagger only young rock dudes can muster. And since he’s no stranger to large outdoor performances, expect an afternoon set full of songs that will make you swear that you were in a smoky dive bar, on the business end of  midnight. ––M. Bevis

Big Gigantic
Sometimes it takes looking back a little to define the remix, and the duo of saxophonist/ producer Dominic Lalli and drummer Jeremy Salken began to do so in 2008, injecting their beats with heaping doses of Lalli’s jazz-inspired  keyboards and sax. This Colorado pair is at their best when whipping the crowds into a frenzy with music from their latest release, Nocturnal; but keep listening for their remixes of Notorious B.I.G. and Wiz Khalifa, as well as any other surprises they might throw into their feast of sound and light. ––Leigh Checkman

The Weeks
The Kings of Leon produced this five-piece’s most recent album, 2013’s  Dear Bo Jackson. The young Mississippi rockers bring a charming, playful vibe to soulful Southern rock, which they accentuate with matching tattoos, long hair and bro tanks. Check out “Wo Is I,” “Hold It Kid” and “Brother in the Night.” ––Kate Russell

Beats  Antique
Need a change from the usual dubstep spectacle of “DJ constructing beats at a laptop with a possible light show thrown in?” Beats Antique serves up musicians and dancers galore in a Middle Eastern-influenced spectacle that can leave you wondering why no one has put together belly dancing and electronica quite like this before. Look for main dancer Zoe Jakes to bring some incredible moves to beat and instrumental masters David Satori and Sidecar Tommy’s originals “Egyptic” and “Revival” as well as their own renditions of covers like Daft Punk’s “Get Lucky.” ––Leigh Checkman

Delta  Rae
This North Carolina six-piece is composed partly of three siblings, all imbued alike with innate musical gifts and fire in their bellies. Their live performances are marked by tent revival-style expressionism and a drive to involve the crowd in the experience. Their work spans from accessible pop-tinged rock to spiritual blues and soul. ––Erin Hall

The Cure
The Cure was a seminal ‘80s band and their impact cannot be ignored, even if you dislike their tunes or can’t relate to their penchant for sad-bastardness. New Orleans at Halloween seems like the perfect time to witness them, so pardon me for being straight up giddy about it. I was never a goth kid, but I was a huge Cure fan in my college days. I’ve since moved away from regular listening, but that won’t stop me from belting every word to “Close To Me” and “Just Like Heaven” as if I were once again a 19 year-old riding around the Quarter with a car full of drunk Irishmen. Ah, memories. ––Erin Hall 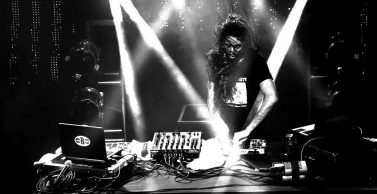 Bassnectar
California EDM king Bassnectar makes his first Voodoo appearance in 2013, on the heels of Skrillex’s dynamic 2012 show. Bassnectar, who originally played in a death- metal band, specializes in thundering basslines, shifting tempos and unpredictable momentums that leave audiences reeling. His physical music hits hard, though he does occasionally reel it back for an eclectic groove. The best place to attend a Bassnectar show is at a natural outside venue, where the audience experiences a fascinating interplay between booming sound, neon lights and intense natural settings. If you’re a stranger to Bassnectar, listen to “Bass Head” and “Vava Voom” to get an idea of what you’re in for. ––Kate Russell

The Real Night Tripper: Dr. John
A true son of the Ninth Ward, Malcolm John “Mac” Rebennack adopted the stage persona of “The Real Night Tripper Dr. John” in the ‘60s as a way of paying tribute not only to the Hoodoo origins of the name but the sound of his hometown as well. Far from the dapper image he usually presents, this version of the Dr. John repertoire is an earthy, psychedelic affair complete with trademark headdress and full-on Voodoo priest costume. It’s only fitting that he brings this legendary character back to life at this year’s Voodoo Fest, surrounded by the same ancient oak trees that were around back when New Orleans was a grittier sort of paradise. ––M. Bevis