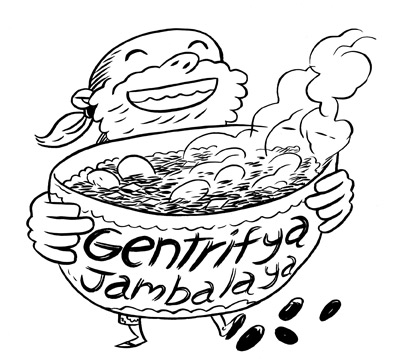 Readers Respond to “Fork In The Road: Who’s Behind The Push For New Orleans Food Trucks?” 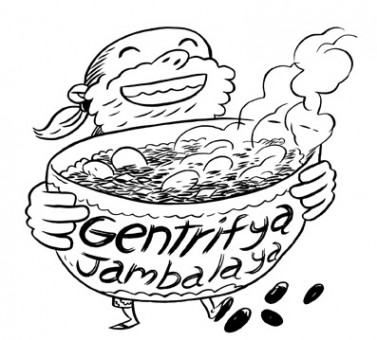 Last month’s issue featured a lot of incendiary talk, from Bryan Funck heckling bands with no sense of humor (see how that works?) to Erin from Hand Grenade Job fantasizing about aborting her fetus on the White House lawn. But it was Jules Bentley’s shot at the food truck industrial complex that got everyone all up in arms; pretty classic priorities, New Orleans! Some of you loved it, lots of you hated it and ol’ Jules was called everything from “Norma Rae” to “a left-wing Pat Buchanan,” his writing described as “smart and well-written” to “masturbating your dog onto a sheet of paper.” Even serious journalists like Alex “Bob” Woodward were groaning painfully from behind their news desks. Needless to say, our virtual switchboard lit up faster than a propane stove. Here are some of the best responses we received; thanks everyone who took the time to write us or leave (freakishly literate for the internet) comments on our website. 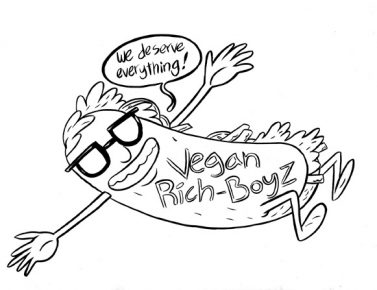 “I’ve lived in LA, been to Austin and Portland, and take it from me: food trucks are bullshit! New Orleans has the best food in the world, and we’re doing just fine without peanut butter tacos and cheeseburger sushi at $12 a pop. You won’t truly know what a blight on the landscape these trucks will be until it’s too late. You’re not paying for good food; you’re paying for the trendy paint job on the truck. You think Lucky Dog is bad? Just wait til you try the new Kool-Aid Po’ Boy.”
–M. Marquis

“Deregulation is not in itself a moral good. Generally speaking, deregulation tends to lower prices for the consumer but also increases risk. For business, it increases profits and decreases pro rata expense. The danger is in the increased risk and the lowered expense. Both risks are borne by the public, as consumers and as workers… This article is not just about whether food trucks will make life better for some underserved parts of the city. Deregulation has consequences which are long and deep. Don’t jump on any bandwagon just because it promises a cheap hot lunch or an easily affordable way to go into business.”
–Anitanola 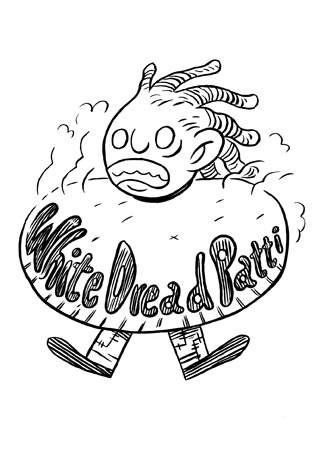 “The nice thing about taking on ‘rich white kids’ as a target is they’re never going to defend themselves, because absolutely fucking no one self-conceives that way. The ‘true hipster’ is going to ignore it or they’re going to pretend like you’re talking about someone else. So. Easy pickings, right? …That’s why you need to keep hammering away at crucial targets like gutter punks and hipsters. It authenticates whatever you self-conceive as. I do think you’re dead-on correct about Neighborland’s astroturfing/covert-gentrifying ways (I’ve run into those dudes before), and I think you might just be onto something with the stuff about the Food Truck Coalition too. I’ve talked with owners of brick-and-mortar restaurants who bemoan the food truck scene because they don’t have to participate in the same kind of neighborhood engagement/safety/outreach efforts.” –D. Bambrick

“All of the the things that NOLA is doing have happened [in Miami]… the Restaurant Association and independent brick and mortar places speaking out against them, the city dealing with bringing its codes up to date, the city agents bullying the truck owners, the foodies rallying behind the trucks (sometimes undeservedly because some of them sucked). Of course, there was also the Coalition. This thing popped up out of nowhere and began speaking up for the trucks and forcing their agenda upon everyone on both sides. Strange how they just assumed authority over the whole issue. Luckily for Miami, many truck owners saw it for what it was (run by idiots without trucks who were only after their own selfish agenda) and spoke out… In the end, the trucks remained and multiplied en masse. The coalition faded out and no one thinks much about them anymore. The truck owners thrived on their own camaraderie… same as many chefs of actual restaurants. What did stay however, was a vibrant and fun truck scene… The food truck is just another branch of the indie movement and it is also capitalized on [by] corporations. This comes with the freedom.” –C. Galiano 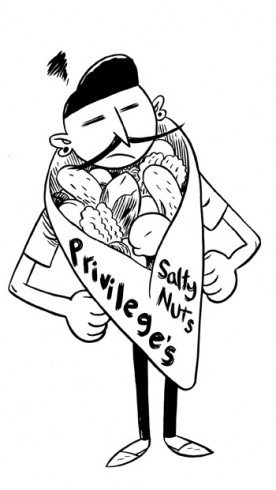 “Thank you for your ‘article’ and for giving voice to half-formed thoughts of the mildly retarded community of New Orleans. I applaud your efforts to publicize the utterly uninformed, vacuous, and hypocritical moralism of Jules Bentley. Hop onto YouTube, watch the news coverage of the Food Truck rally, and tell me that Bentley’s picture is anything like reality. The supporters there were young and old, hip and married with kids, bougie and working class, and diverse in every way that defies the simple-minded labelling above.
“I have personal investment in this ridiculous tribalism. In 2003, I tried to start a sidewalk bookstand. I was one of those young outsiders who came to New Orleans to try and change it, and muck up the established culture by hawking my Kunderas and Becketts and other passing fancies. When City Hall told me I wasn’t allowed to sell books from a sidewalk table, The Institute for Justice took my case—pro bono—and fought the government in federal court on First Amendment grounds, winning a case that strengthened free speech rights for everybody (Wexler v. New Orleans). They take cases like this all the time—helping African hair braiders, cab drivers, and casket-making monks (on the Northshore) to do their work without the government shutting them down on behalf of established businesses. They also have fought to protect people from eminent domain abuse where the government has wantonly decided to take their homes in order to benefit private companies who want to use their land.” –J. Wexler

“How is it an anarchist position to defend laws that defend existing businesses through government regulation? I literally just had to double check my copy of AG to see if Jules Bently was indeed being portrayed as an anarchist, because his views are so not. Fuck the regulations, why shouldn’t I be able to sell my awesome food to people who want it? I’m not a corporation and I’m not exploiting anyone.” –D. Cooke

“Shame on you Antigravity. Shame on you Jules. I’ll still buy you a taco if I see you in line.” –B. Reece