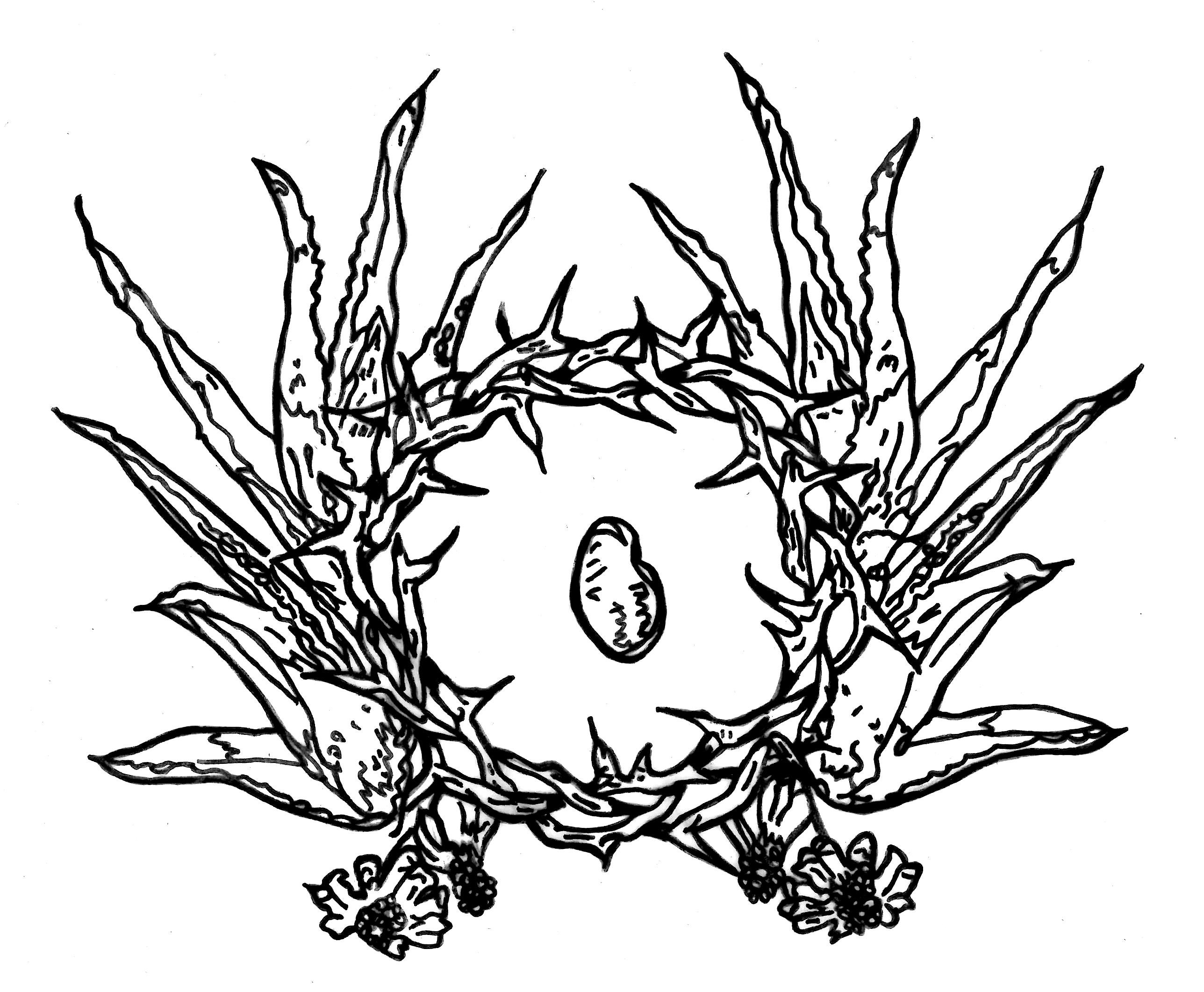 In Roman times, ancient bakers slid a dried fava bean into their Saturnalia cake. During the winter celebration, the person whose slice contained the bean would be crowned king for a day.

In the 1990s, my mom slipped a few coins to the vendors along Lima’s highest-trafficked thoroughfares, who in exchange deposited in her hand a tightly packed bag of habas—salty, crunchy, dried fava beans for her to snack on during the loud and crowded bus ride from work.

We left Peru in 2000. It’s been years since my mom ate habas and years since I’ve thought of them. But when I realized habas are fava beans, it felt like finding something I’d lost a long time ago. Throughout the Catholic diaspora—mainly the regions colonized by the French, Spanish, and Portuguese—people bake to celebrate Epiphany. In New Orleans, we eat our king cake all the way to Lent, but most other traditions keep theirs confined to Twelfth Night. All of them, however, hide a version of the Saturnalia fava bean somewhere in the dough.

That piece of paganism has survived through all these years of our Lord, eventually transforming from a bean into the baby that declares who has to buy the next cake. I moved to New Orleans just after Carnival last year. Slicing into my first king cake this January, I saw an indirect line of cobbled-together traditions pass through my homeland and end in my new home.

As an immigrant, how and where I feel at home is in flux. This month, home to me is a bite of brioche slathered in icing, dipped in coffee, shared with friends. So I’d like to take a moment to appreciate king cake—and all its cousins. 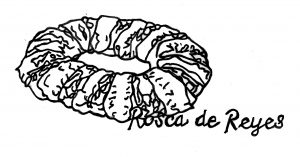 Rosca de reyes
Finding the baby inside a Peruvian rosca de reyes is a blessing. No buying duty attached. Our rosca is a bit more garish than the Mexican ring you might be familiar with, which is decorated only with dried fruits. In Peru we top them with fruits and nuts, then cover them in icing. The baby inside represents Baby Jesus hiding—or rather fleeing—from King Herod, who sent cronies out to kill the baby prophesied to become the new king of the Jews. 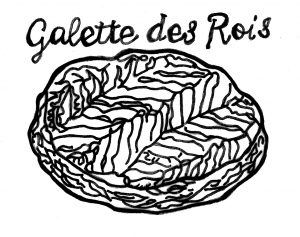 Galette des rois
Another Kings’ Day cake you might be familiar with is the French galette des rois, which is actually a tart. It’s fairly easy to find these in New Orleans, and they’re also around in Haiti. Galettes des rois are the most distinct Epiphany cakes I’ve seen: flat, round, frangipane-filled and sometimes topped with a paper crown. The crown is a throwback to Saturnalia times, and the galette is said to be the most similar to an actual Saturnalia cake. They nixed the fava bean when Christianity came along, though, and opted instead for a ceramic figurine. Since the French revolution, that figurine’s been anything from a crown to an elephant, and sometimes St. Joseph in effigy. 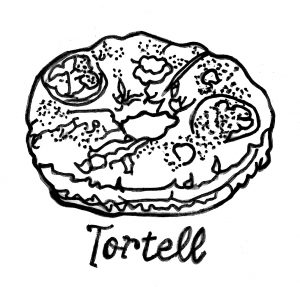 Tortell
This one reminds me the most of Mexican roscas de reyes, which makes sense because tortells are fruit-covered, ring-shaped pastries from Catalonia. I like that in this autonomous region of Spain they include both the dried bean and a figurine of one of the magi. If you find the bean, you have to pay for the tortell, and if you find the magi, you get a paper crown and rule as king for the day. 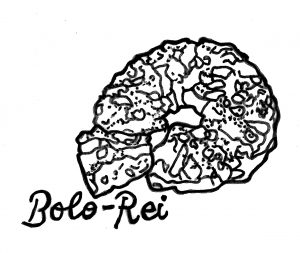 Bolo-rei
In Portugal, bolo-rei season runs from Christmas to Epiphany. In that sense, it’s similar to panetone—or panetonne depending on which romance language you’re speaking. It’s also similar to those Christmas fruit cakes in composition (because it’s pumped full of dried fruits), but not in shape (because the bolo-rei is a ring). Finding the fava bean in this one means the same thing it does in New Orleans, which led to people swallowing the bean to get out of buying the next cake. Eventually, people started choking and the Portuguese government banned the sale of cakes with any hidden object inside.

And thus all king cake eaters are connected. As simple and distant as it is, the fava bean tradition made me see my ancestry within a king cake. A little piece of home in a place where I’m still new.