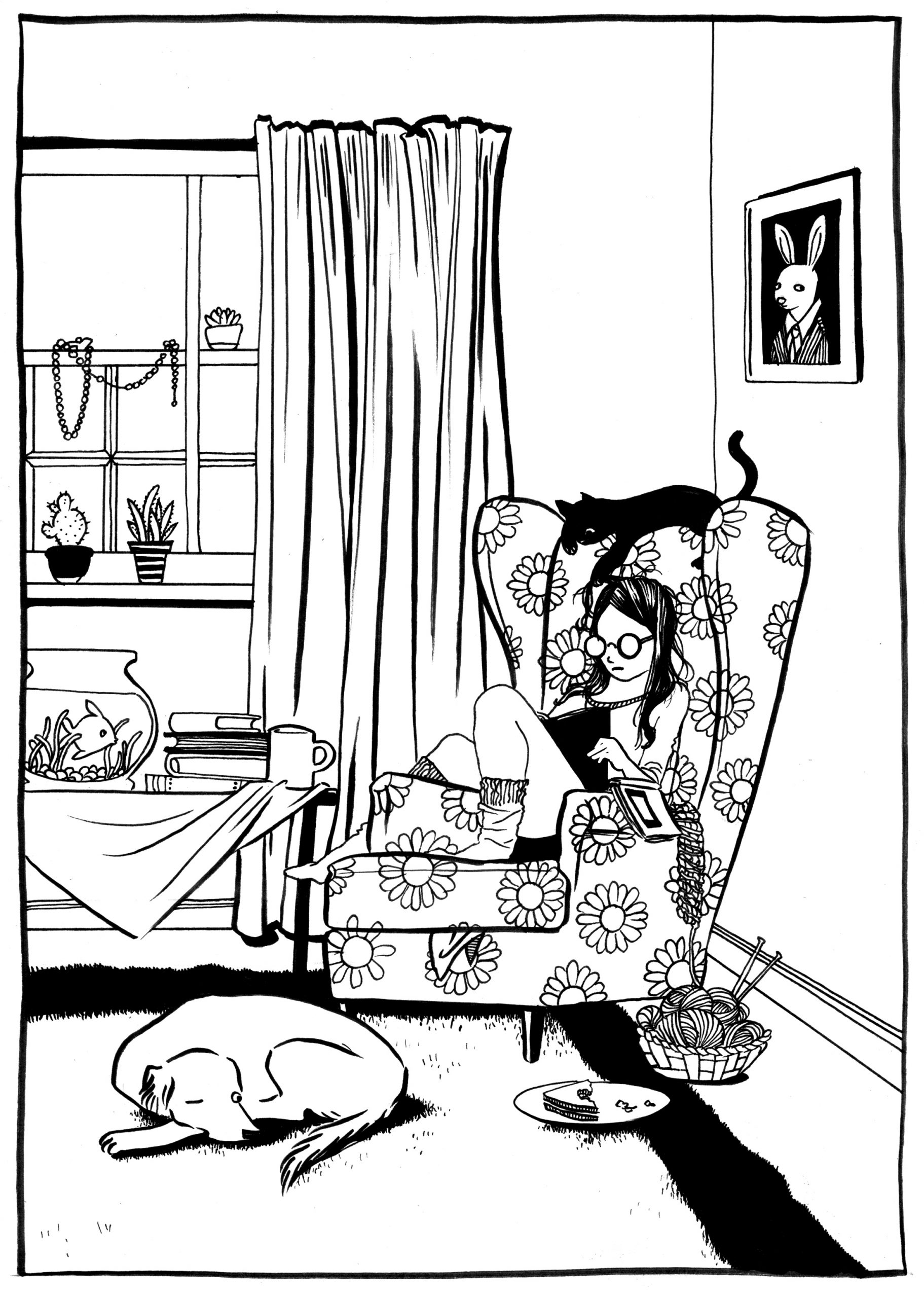 Bored yet? Ran through every streaming and on-demand service you have and still nothing to watch? Played all your records? Caught up on your favorite podcasts? Fear not, AG writers are here to help refresh your virtual libraries.

Dogpatch
Most episodes of this Chicago-broadcasted podcast feature rare records, sound bites, and conversation by hosts and historians Dante Carfagna and Jon Kirby. We’re treated to a deep dive into a particular sub-sub-genre as created by the hosts and their record collections. (Dogpatch.libsyn.com) —Emily Elhaj

Encyclopedia Womannica
These short stories illuminate some of the most influential women throughout history from Ella Fitzgerald to Alexandra Kollontai. It’s a very digestible, uplifting podcast that reveals a distinguished history often overlooked. (wondermedianetwork.com) —Danielle Dietze

Making Gay History
This series is made by using the field recordings and interviews of author and host Eric Marcus. Conversations with activists, community organizers, and writers are heard in their own voices and words, dating back decades. An archivist’s dream! (Makinggayhistory.com) —Emily Elhaj

That Record Got Me High
If you can get past the cringy name, this podcast is informative yet funny about some choice music, often with another well-known musician. If you’ve ever obsessed over The Go-Betweens, Purple Mountains, or wondered why “Lust for Life” by Iggy Pop resembles The Supremes’ “You Can’t Hurry Love,” then this is your jam. (thatrecordgotmehigh.com) —Danielle Dietze

Snap Judgement
This storytelling podcast is a modern take on the radio shows of a previous generation with dramatic, first-person narratives underscored by impeccable atmosphere-setting beats. (NPR) —J.V. Mina 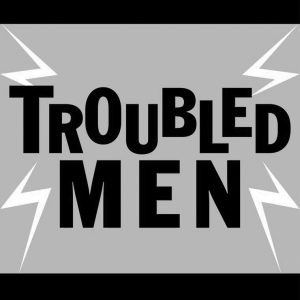 Troubled Men
New Orleans’ René Coman (Alex Chilton, the Iguanas) sits down with different local music folks from Quintron and Miss Pussycat to The Lost Bayou Ramblers, usually over cocktails. Conversations touch on music, “good times,” and regional commentary. It’s like hanging out on your porch, getting to know both recognizable and hidden local talents. (Troubledmenpodcast.podiant.co) —Danielle Dietze

Ceramic Hello – The Absence of A Canary
Synthesizer music from the equally challenging year of 1981: the year Reagan was sworn in (and shot), as well as the beginning of the AIDS crisis. —Emily Elhaj

Dungen – Live
If you haven’t checked in with Dungen since 2004’s Ta Det Lugnt, they’ve been consistently roasting minds with blazing live performances. Thank you Sweden and thank you Dungen for this peek into your show! —Emily Elhaj

KEXP
Seattle-based radio station KEXP is world-renowned for its diverse music programming (be sure to check out the in-studio video archives and weekly DJ mixes) and the community it has created and supports across the globe. —Mary Beth Campbell

Lil Uzi Vert’s diptych
In the same March week that the virus’ full implications for the U.S. crystallized, Lil Uzi Vert released two albums. Both are excellent and can be streamed as one double album: Eternal Atake—LUV vs. The World 2. It’s #1 on the Billboard 200 right now, so this isn’t the most enlightened recommendation, but I stand by it. —Raphael Helfand

This Is RJD2 Spotify playlist
One of my favorite producers/DJs, RJD2, has a brilliantly stocked Spotify station. It’s perfect music to underscore those household projects you’ve been tending to while cooped up. —J.V. Mina 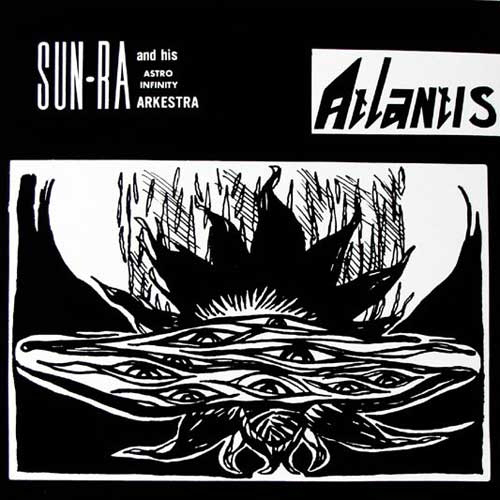 Sun Ra: Discography
If ever it was the time to do this, it’s now. Albums The Magic City, Atlantis and A Fireside Chat with Lucifer are all good places to start. For a better understanding of his persona and philosophy, watch Space is the Place, which tells Ra’s extraterrestrial origin story and outlines his plan to take the people of Planet Earth to a higher realm. —Raphael Helfand

Buffy the Vampire Slayer
Buffy will forever hold a special place in my heart and mind. If there was ever a time to consult the Chosen One, this is it. To share a favorite quote (From Becoming: Part 1):“The big moments are gonna come… It’s what you do afterwards that counts. That’s when you find out who you are.” (Hulu / Amazon) —Mary Beth Campbell

Come and See
If you’re in need of a downer, watch Elem Klimov’s terrifying tale of Nazi agression in Belarus, dubbed “the scariest movie of all time” by the Safdie brothers. (Vudu) —Raphael Helfand

Escape at Dannemora
This Ben Stiller-directed drama about the prison employee who fell in love with two inmates in upstate New York is probably the best TV that’s come out since Twin Peaks: The Return. Amazing performances by Patricia Arquette, Paul Dano, and Benicio del Toro. (Hulu / Showtime) —Raphael Helfand

Grand Designs U.K.
If we all have to be inside our homes for a while, why not make it beautifully designed? Let cocky, yet endearing host Kevin McCloud be your guide through the entire build. You have 20 seasons to binge! (Netflix) —Emily Elhaj 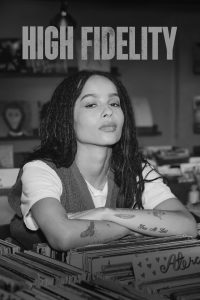 High Fidelity (Both the Hulu series and the movie)
There is something about watching a deeply flawed character try to suss out the origin of their fucked-upness that we can all (maybe?) relate to—just please for the love of god don’t text your ex. —J.V. Mina

MacGruber
Everyone could use a laugh right about now, and there is no funnier movie than Will Forte’s 2010 comic masterpiece. (Hulu / Starz) —Raphael Helfand

2666 by Roberto Bolaño
I read Roberto Bolaño’s magnum opus on literary love triangles, femicide in the Sonora Desert and a mythic author obsessed with seaweed my junior year of college, and no novel has ever affected me so deeply before or since. Bolaño’s posthumous widespread acclaim has pushed him out of style among lit snobs, but I still think he’s one of the best to ever do it. —Raphael Helfand

My Year of Rest and Relaxation by Ottessa Moshfegh
What could be a better quarantine read than a novel, about a woman who sleeps for a whole year? —Raphael Helfand 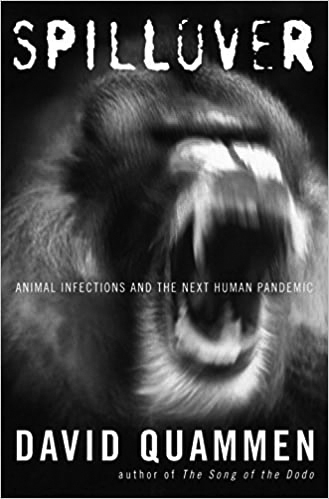 Spillover: Animal Infections and the Next Human Pandemic by David Quammen
For those interested in understanding more about disease outbreaks, Quammen offers a clear narrative of the science, social causes, and impacts of major outbreaks in human history. —Mary Beth Campbell

The Air-Conditioned Nightmare by Henry Miller
In Miller’s memoir, he takes a road trip through America in the 1940s, making a significant amount of still-applicable observations about this “great country of ours.” Of course, New Orleans was one of his favorite cities. It’s not as sexy as some of his others, but The Air-Conditioned Nightmare still provides unconventional social commentary that was controversial for its time. —Danielle Dietze

You Get So Alone at Times That It Just Makes Sense by Charles Bukowski
A collection of poetry by the shitbag supreme. Say what you will about Bukowski’s character, his work’s vile honesty has the ability to shock you with moments of truth and relatability. —J.V. Mina