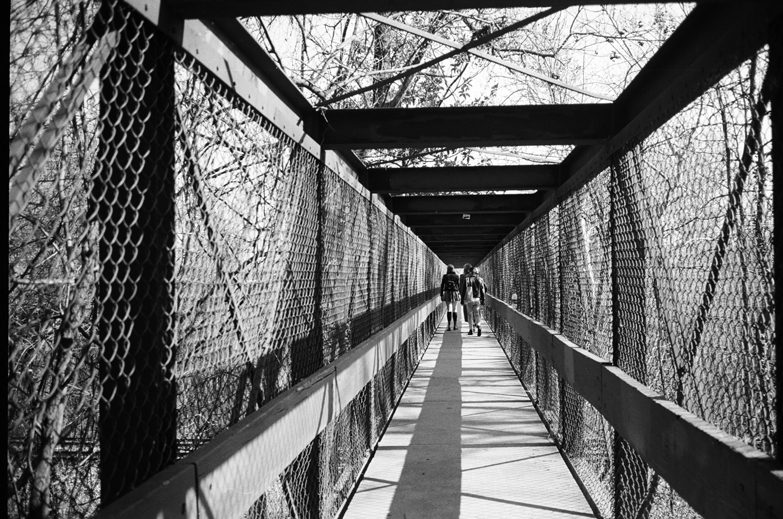 Softie and Psychic Hotline have been performing in New Orleans for several years,  experimenting with electronic pop music and dissonant noise, often sharing a stage at local queer punk shows. Softie is a synthpop duo consisting of Nessa and Xavier, two Bay Area gays living in New Orleans. Xavier croons seductively while Nessa pushes buttons and turns knobs. They recently released their second EP, EMOTIONAL REASONING, which is a culmination of what inspires them: cinema, sex, dark motorcycle rides, and thick humidity. Sometimes noisy, sometimes soothing, but at the moment preoccupied with making people dance, Psychic Hotline is the solo project of Ruth from Special Interest. The project’s current incarnation is an opportunity to explore and experiment with mind control, group dynamics, emotional technology, and antagonistic homosexuality. Their new EP Call Me was released this winter by Popnihil Records. Softie and Psychic Hotline packed all their gear in Pris (Nessa’s Prius) and hit the road earlier this year for a marathon sprint up and down the East Coast.

Our first stop was Atlanta and when we arrived we found ourselves near Oakland Cemetery, home of the most enormous magnolia trees. We stopped and took in the scenery before getting BBQ with Alix Chapman, a former New Orleanian and current professor at Spelman, who wrote his dissertation “Break It Down: Black Queer Performance and the Politics of Displacement in New Orleans.” Our second night we were generously hosted by Fred, a faerie and law professor whose work concerns debts to ancestors, spiritual reparations, and the rights of the dead. We played a combined music set at The Bakery for an event by Hussy showcasing trans and non-binary drag performers. We invited another performer, Oni, to be our groupie on the way to New York.

We ventured to our next stop: Richmond, Virginia. We arrived just in time for the show and played with Aesthetic Barrier at The Crystal Palace to a very cute crowd. Xavier and Ruth got to use a bidet for the first time at Osser’s house. We hung out with Kosmo, a clown, as they showed us around the James River and spent the day talking about music and Richmond. We ended the night watching Troll 2.

We left in the late morning to head to Philadelphia. We arrived in the afternoon and went to the Institute of Contemporary Art (ICA) to watch Jasmine Infinti play a set for the ongoing exhibit, “Tag: Proposals on Queer Play and the Ways Forward.” After the exhibit, we played at Lacquer, a warehouse space, with Nylon and Plastic Ivy. At the show we reconnected with old NOLA friends and purchased some homemade tinctures. We mosied over to a local dive and met Slo, a motorcycle mechanic and musician who used to play with Sun Ra.

We arrived in Brooklyn and stayed with a dear NOLA friend, DJ Sissy Elliott. We played a set at the Secret Project Robot with the ethereal YATTA and hung out in Fort Greene Park while reconnecting with some friends. Things were tense for a moment when one of our hosts contemplated eating a lightbulb on Instagram live as a publicity stunt, but everything worked out in the end. Xavier passed out early on Friday the 13th as everyone else went out. It was 70 degrees and spring fever was in the air. Luckily there were multiple sex parties for various bodies, orientations, and inclinations.

We headed east to Providence, Rhode Island for a show at Machines with Magnets with The New Me (Detroit) and Craow, then late night breakfast tacos with Rose in her eye-candy designed home. We attempted to watch Scream but passed out, the traveling catching up with us. When we woke up it was 29 degrees. 🙁

We arrived to the lush city of Savannah, Georgia and played at Quolab, with Raine and Catanus. The first guest to arrive to the show was a feral cat and it was very serendipitous. The city felt like being on Dorgenois, with Spanish moss draped all over the city. Subtle feelings for New Orleans occurred.

We headed to Gainesville, Florida and amongst the aggressive pro-life billboards throughout the Florida Panhandle, one sign read, “THE NRA IS A TERRORIST ORGANIZATION.” We wondered how it hadn’t been destroyed or riddled with bullet holes. We got to go to the Ichetucknee Springs State Park, where we swam all to ourselves in a warm spring called the Blue Hole. We played at the gallery Limin Room with Algae Guck and Goode Bye. Called it an early night, hit the road early the next day, and were back in New Orleans by the afternoon, our bodies finally feeling the weight of being dragged across state lines and people coming and going, now finally behind us.