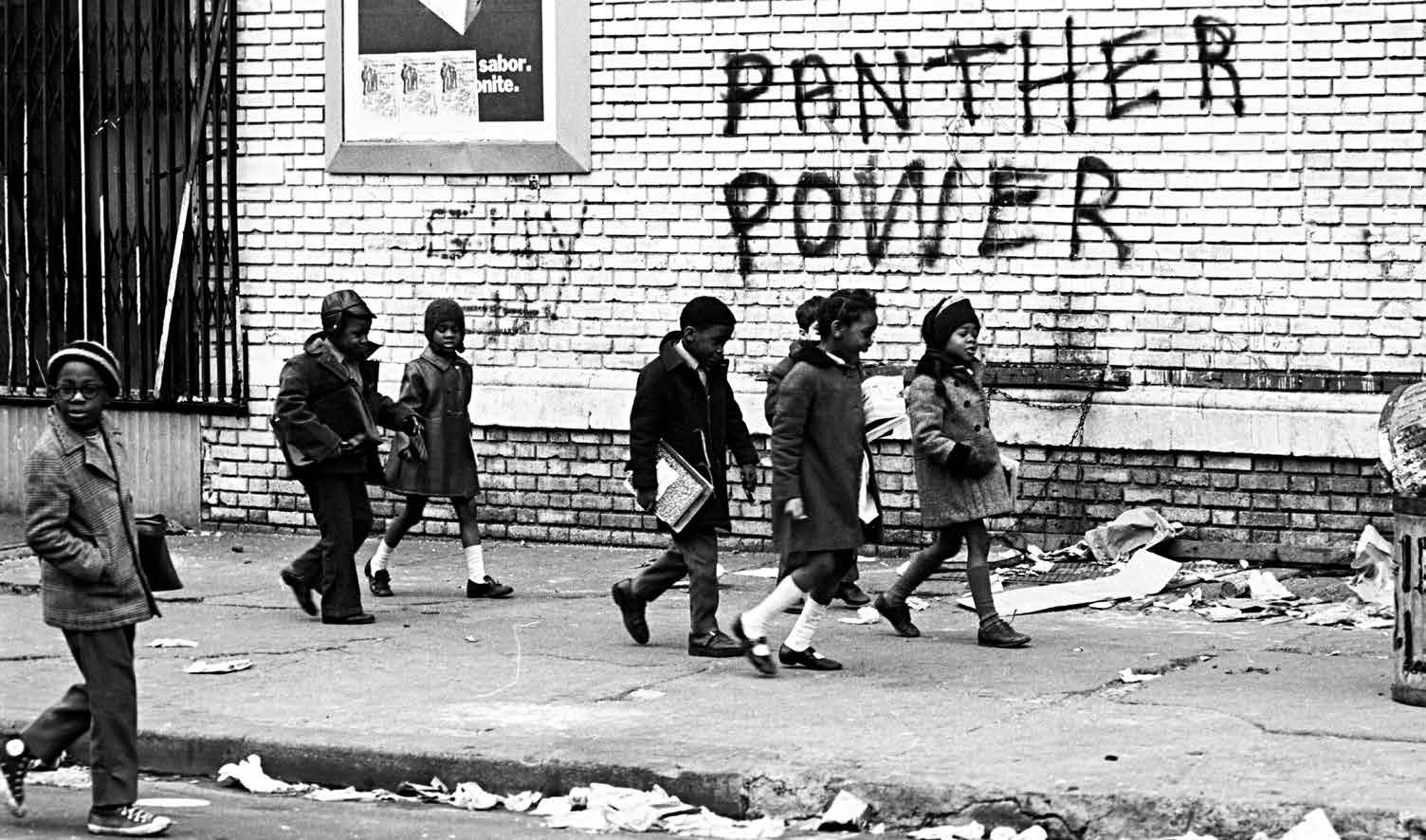 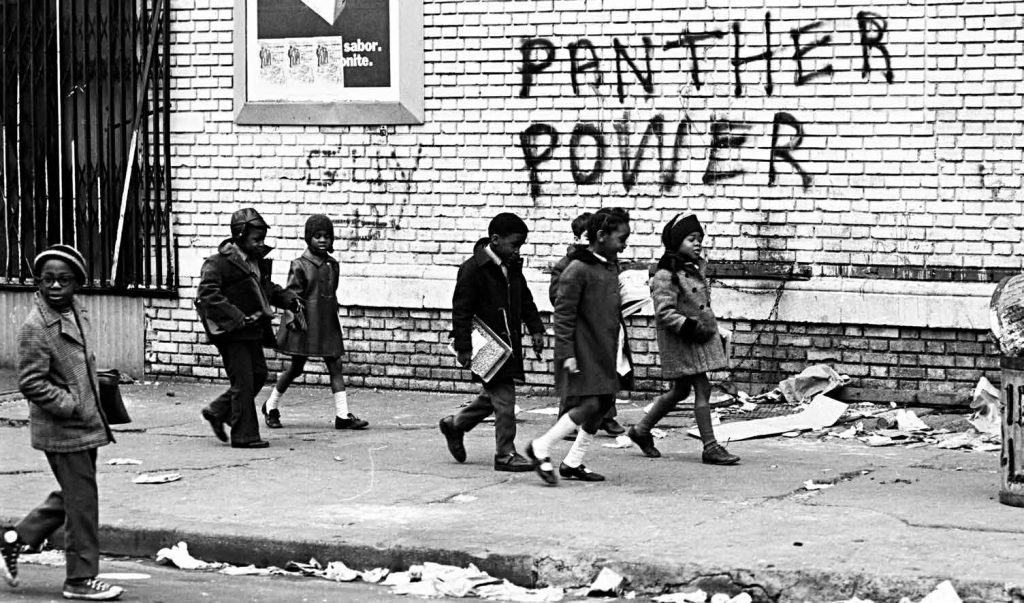 This year’s New Orleans Film Festival welcomes the first feature-length documentary about one of America’s most revolutionary groups: the Black Panther Party. Born in Oakland in 1966, their cultural and political uprising throughout the ‘60s and ‘70s enlightened, inspired, and frightened the powerful and powerless who were ready or not for change to come. This film compacts the triumphs and downfalls of reinforcing America’s societal norms and “equality for all” in less than two hours. However, The Black Panthers: Vanguard of the Revolution (Directed by Stanley Nelson) also exposes the reality of some of the darkest times in American history, with testimonies from former Panther members and archival footage. Although racism was a dominant factor for the Panthers to inflict change, the issues of gender roles, politics, media, and violence molded the history-changing group that led an international revolution.

First, this documentary addresses the common perception that the Panther Party was anti-white. False. Panther leaders Huey Newton, Bobby Seale, Eldridge Cleaver, and Fred Hampton protested against hate. The Panthers fought the oppression of Black people, which stemmed from racism and classism. Furthermore, they believed they could not be a part of a system that harassed them daily. Black Panthers also shows the unity behind the Panthers with poor whites and Latinos since poverty was their common denominator. Although this was a positive action, this frightened politicians and the police, who saw their unity in numbers as threatening—especially for Black people. The Panthers knew they were capable of nonviolence, but their daily dehumanization caused them to shift gears.

Countless events triggered violence to become a necessary evil, like constant harassment and deprival of civil liberties, including the right to bear arms. Since the police and the public denied them the right to conceal their weapons, the Panthers exposed them. Whether in the courthouse or at a protest, their rifles were brazenly exposed. Black Panthers shows former members Muhammad Mubarak and Gil Parker explain how the assassination of Martin Luther King Jr. killed all strategies of nonviolence, since King embodied just that. In one scene, Parker describes a shootout between the Oakland S.W.A.T. team and the Panthers at their headquarters, and how he felt “absolutely free.” He continues to say the raining bullets were “the best music I ever heard.” Members lost their lives and their freedom for the Panthers because they felt violence was their only outlet. But on that day, a woman ended the shootout and walked out of the headquarters first. 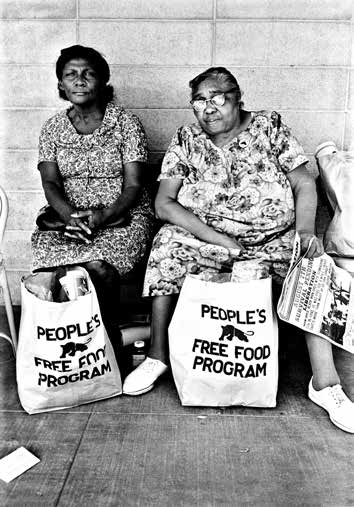 Another misconception of the Black Panther Party was that it was a male- dominated movement. Black Panthers uncovers how teenagers and women held the majority of rank-and-file. Former Panther Party member Tarika Lewis shares her experience of asking to join: the men laughed her off until she asked for a gun. Erika Huggins also recounts traveling from Lincoln University in New York to Oakland to join the Panthers. This documentary also shares the photos and footage of women with different responsibilities, like answering the phones and cooking for their Free Breakfast Program for over 15 communities. One member claims she was in between contractions while making pancakes for the children’s breakfast. Each woman handled her duties for the Panthers, but Kathleen Cleaver used her voice in speeches and protests as a representative for the party. Unfortunately, as Eldridge Cleaver’s wife, she still faced chauvinism. Former member Elaine Brown explains how they made a change in gender roles, but could not overcome it.

Lastly, the documentary captures how the media played a huge part in the Panther movement. The Panthers addressed their goals in the “Ten Point Platform” printed in every issue of The Panther Magazine. Their essential goals included “decent housing fit for the shelter of human beings, education for our people, and an immediate end to police brutality and murder of Black people.” Members of the Party made sure the papers got out not only to survive financially, but to use them as a platform to reach those beyond Oakland. Photographers captured the revolution and the “image” of the Panthers in their berets, leather jackets, afros and guns, which evolved them into fashion icons. Erika Huggins explains how their walk and talk, and how they dressed, embodied swag, which made teens want to look like them and everyone else want to know more about them. Many thought the media exploited the Panthers, but the Panthers actually used them to their advantage because they knew what journalists wanted: drama. Photographs of the Panthers in action carry the timeline of their story throughout the documentary, illustrating their evolving mentality of US against THEM.

Ultimately, the Black Panthers wanted to show that they were not above or below anyone else, though many outsiders viewed them as radicals who wanted to overthrow the government, as opposed to vehicles of social change. They were not a perfect organization and made many mistakes, but their undying love for the people—despite gender, color, or the fallout of the party—made them immortal in American history.

The Black Panthers: Vanguard of the Revolution will be shown as part of the New Orleans Film Festival on Saturday, October 17, 3:00 PM at the Orpheum Theater. For more info, check out neworleansfilmsociety.org and theblackpanthers.com