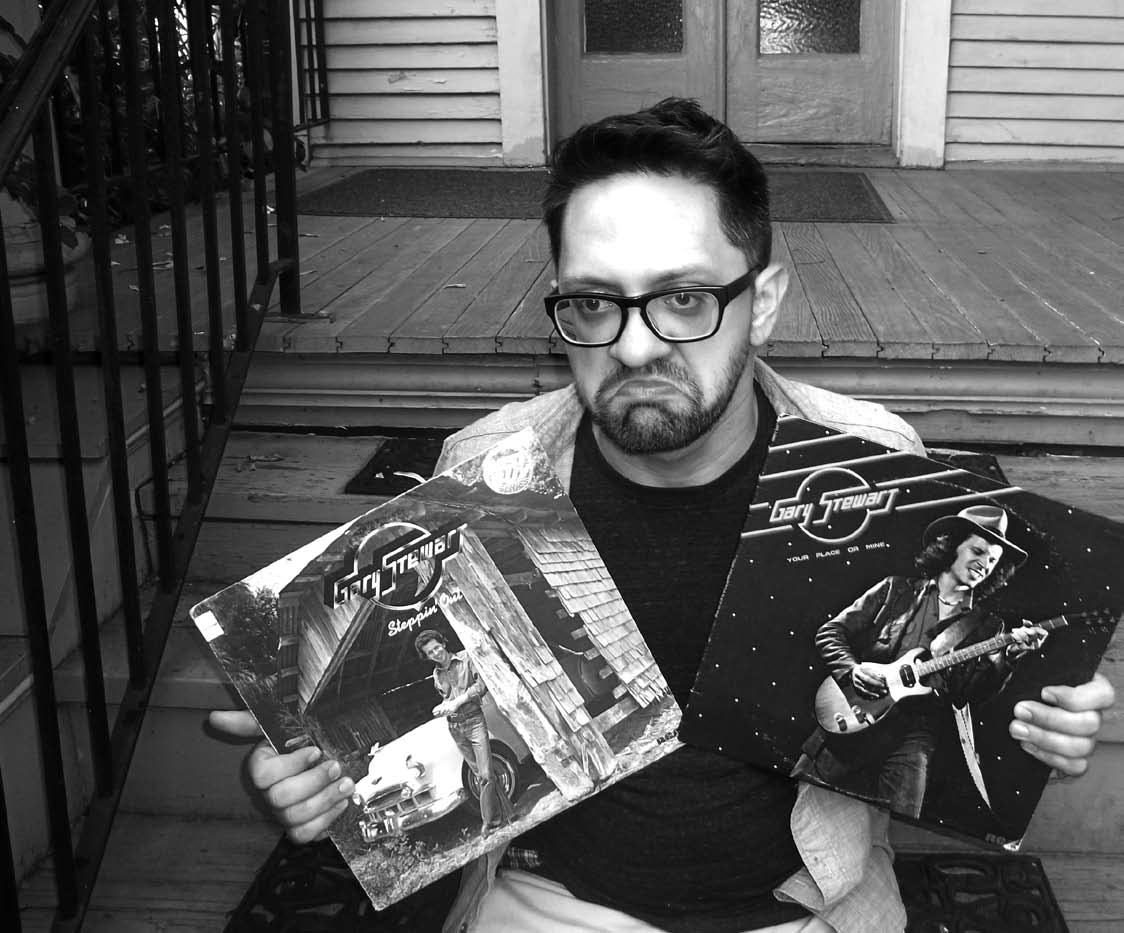 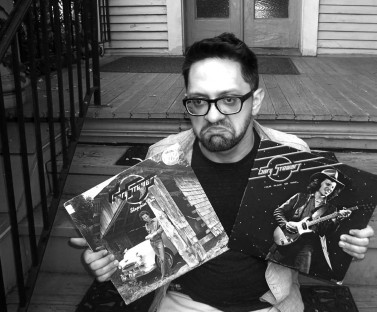 It all ended on December 16, 2003, with a shotgun blow to the neck. Fitting that Gary Stewart would take out his throat first: it was that mad, scrambled howl that so defined his trajectory in life, a holler that brought him fame—however brief and unwanted—and a certain level of notoriety that other throats couldn’t touch. Ladies and gentleman, as writer Jimmy McDonough once coined him: the “Count Yorga” of Honky-Tonk.

If you’ve never heard any Gary Stewart, known to his adoring and slightly rabid fan base as “King of the Honky-Tonks,” you might want to start off small, maybe a sip of his bigger mainstream hits: “She’s Actin’ Single (I’m Drinkin’ Doubles),” “Out of Hand” or “An Empty Glass.” You’ll still notice that the voice is barely keeping it together, completely singular and utterly shocking in its range and tone. When I first heard “She’s Actin’ Single,” I was driving through northeast Texas with my girl, on our way to a wedding and bumping classic country stations (Texas absolutely demolishes us in the sheer number of classic country stations available). It came on and I remember being floored: what was this voice? Who possesses something like that in country? Shiny steel guitar and Spector-like wall of background vocals? Yes, that had been done here and there, but the lyric struck me first. “My heart is breaking / like the tiny bubbles” *scratches head* Is he being serious? Is this a comedy?

And there was more, because… that voice, singing with a nutso quiver—the epitome of bloodcurdling anxiety—and laying it down with reckless abandon, but with stunning clarity and a tone of high-honey. A desperate man, lost in shellshock, offering the fragments of his cracked, petty soul up to that great altar of country and western. A heartbroken drunk of a honky- tonk wizard casting his notes to the wind, because the sense of identity—the depth of passion—is what mattered, not the placement or key or polish.

I discovered in the months after hearing “She’s Actin’ Single” that this was his “pop” hit. The revelations soon after, the recognition of this lone wolf ’s career and work, I could not prepare myself for. Stewart was a beacon in country music (or maybe more appropriately, a fiery black light in the devil’s honky-tonk) that left room for no one else, a flaming, solitary star nearly incomparable to anyone else in the genre. The only two other names that pop up, Jerry Reed and Rodney Crowell, are good reference points, but Gary is truly a genre unto himself (Jerry’s got some of the amphetamine drive laced in his work, but his singing is fairly straightforward in comparison; Rodney is even tamer, but the invitation to comparison with Gary lies in the inventive, breath-of-fresh-air songwriting). Gary was an absolute demon in and out of the studio, with a refusal to compromise that eventually ruined his career. Throughout the 1970s, he was signed to RCA and early on garnered them a strong, straight country classic with the album Out of Hand. Things spiraled downhill after that, though, amidst tales of dumpster-diving for cocaine and other sordid happenings. And that was just the hearsay. The tangible evidence, and also the biggest testament to Gary’s unnerving inability to compromise his vocal and musical style, was in his ever-progressing vocal oddities. The man sang with so much deranged gusto, bizarro vibrato and dramatic enunciation that his record label RCA dropped him in 1983. There are several examples laced throughout Gary’s ‘70s catalog that demonstrate the weirdness that defined his legacy, with arguably the best example being “Honky Tonk Man.” If you want to cut straight to the thick, juicy slab of gut-wrenching agony, then shoot yourself to this one, but I don’t recommend it. You, like Roy Dea (producer on this record), would be left with more questions than answers. Gary is a bitter, acquired taste and jumping in the pool this early might freak you out too much to progress any further. But know this: there is no one else that has put on that kind of performance in a country studio before or since. Sure, Hank bared his soul with sometimes disastrously painful results, but it was never, ever this alarming, ghoulish or downright hideous.

Not that Gary couldn’t swing the pendulum the other way. There are several tracks in his catalog—“Quits,” “Shady Streets,” “Let’s Forget That We’re Married,” and the crown jewel “An Empty Glass”—that demonstrate a deep, unflinching sadness impossible to ignore. Unbelievably, in these moments, Gary manages to keep it together long enough to deliver a vocal that smacks of the high heavens: crystalline, precise, weighty with emotion but airy in maneuverability and tone, not unlike a higher-registered modification on Keith Whitley but drenched in all the pain of Hank Sr. or Townes Van Zandt.

And while some might argue that idiosyncrasy, knockout lyrics and a gaudy, yet gorgeous vocal does not make a Nashville Hall-of-Famer, Gary was also fond of riding the beat. I’m talking Donna Summer-on-Giorgio beat-riding. In fact, disco—minus the harsh demonization of yesteryear—is a fitting comparison. In the best of Gary’s work regarding this, as in a track like “Ten Years of This” (Bob Dylan’s favorite), the beats are propulsive 4/4s, the guitar lines polished and sexy, the melodic riffs gooey and unforgettable. And what Gary does with this vocally is something to behold. He weaves in and out of the rhythm, using his vocal as its own percussion, punctuating here and there to replicate a tom or hi-hat, mastering the rhythm like a bull rider, with all the tear- stained, tragicomic subtexts of a rodeo clown.

There is no particular reason to be celebrating him now. No boxed sets on the horizon, no reissues. But there should be. Outside of his cult-like fan base, the

“King of the Honky-Tonks” never got his due. And not just in the clueless antiquity machines that run Nashville, but even amongst his own brethren in “outlaw country” (a genre that Gary lived harder than most of his compatriots). There are those out there clued into the oddball singers and wild geniuses that have always zeroed in on him and other artists of his ilk: Bobby Bare, Moe Bandy, Townes. But Gary was different from even these guys, a loose and losing hellion that didn’t fit in anywhere, stuck in a nameless purgatory between country and rock way before it was accepted and standardized. If you look for articles, bios and whatnot, outside of writer Jimmy McDonough’s epic feature “Little Junior, King of the Honky-Tonks: the Life and Death of Gary Stewart” (a must-read if you’re going down the Path of Gary, available at furious.com/perfect/ garystewart.html), you will find next to nothing in terms of insight and impact. And for someone who’s warped the genre until it became taffy in his throat, he deserves so much more. God Bless you, Little Junior. I hope you and Mary Lou are rollin’ bones and hollerin’ out jukebox monsters somewhere out there.