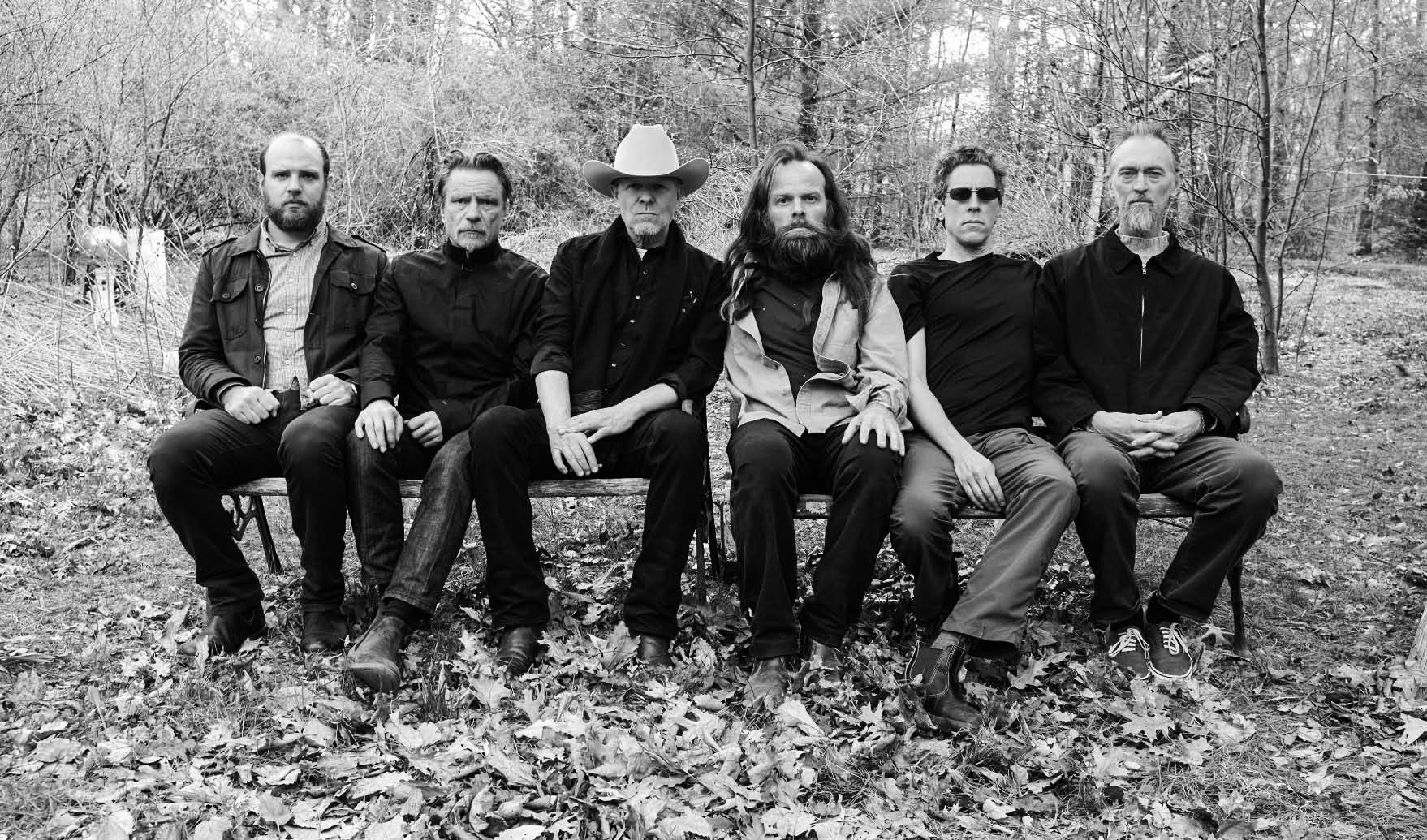 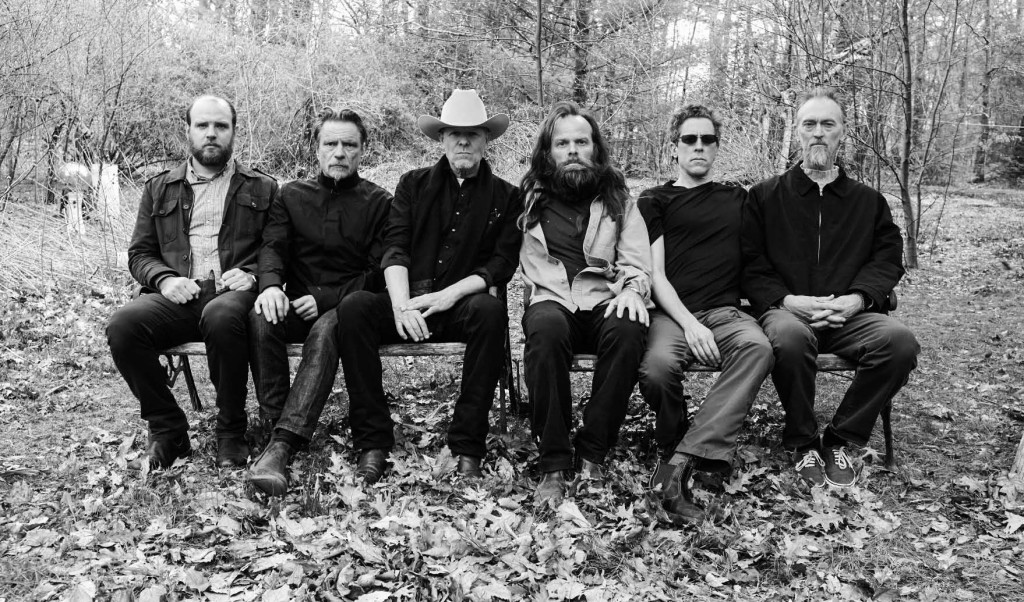 Instead of joining the usual suspects of metal and punk rock for their sound and style, Swans forged a singular vision, one as bleak and seemingly hopeless as their spawning ground of New York City in 1982. For early witnesses of Swans’ live attack, mastermind Michael Gira appeared as part poet, part psychopath. He bellowed and raged, attacking the audience as if it were an enemy being taught a lesson. This approach was only compounded by the band’s fascination with being the loudest live act on the planet, earning them a reputation for abuse in the name of entertainment. Much like their namesake, Swans were both gorgeous and aggressive, suggesting a cruel beauty to all things, with scant apology.

Entering the ‘90s, Swans experienced a shift in both lineup and overall vision. Gira grew tired of being seen as simply another shock act and distanced himself from a hard-bitten stance, preferring to instead widen the scope of his music to include harmony and in some cases, traditional song structure. The confrontation and invective were replaced with a decidedly cinematic scope and vision. By the time the band released White Light from the Mouth of Infinity in 1991, Swans had arrived at a place that was relatively comfortable, while still retaining a sense of danger via Gira’s despair, loss, and greed-themed lyrics. This sensibility was pursued until 1997, when the band was dissolved due to a mix of rumored internal pressures and Gira’s Calvinist work ethic, which included spending time releasing music via his Young God recording imprint and exploring an even more welcoming sonic territory with his other act, Angels of Light.

Aristotle once said, “Nature abhors a vacuum,” and the same could be said of the Swans. In 2010, Gira reignited Swans with a renewed vigor, realizing that while Angels of Light was a worthwhile pursuit, it was only Swans that could create something large enough to fill the void. Swans resumed their usual workhorse approach to performance, releasing My Father Will Guide Me Up a Rope to the Sky in the same year to especially warm reviews. Since then, Swans have stayed busy with a constant stream of albums and tours, culminating in 2014’s To Be Kind. As with many other Swans releases, it is a double album overflowing with sprawling perspective and grand design, punctuated by Gira’s trademark phrasing and hypnotic delivery. Where Swans once summoned the primordial howl of a world gone mad, their vision has evolved on an infinite scale, into a resounding cry for entry into a universe as vast and unforgiving as life itself.

Early Swans sounded like a pushing away, or a pushing back in general. With To Be Kind the band seems to have shifted into a welcoming, almost inclusive tone.  Is this  something that was naturally arrived at, or a specific change?

Michael Gira: Both. I kind of like your assessment of the early work as being that. I don’t know that it was intentional but listening to it or thinking about it now… I don’t listen to it but listening to it now I guess it could be viewed that way. However, I would say that by the late ‘90s the music was much more inclusive, as in our album Soundtracks for the Blind. I viewed it as the starting point when I wanted to reiterate this band. So I wanted to make music that was all consuming in a way, I wanted to be inside of these swirling maelstroms of sound again. So I took that as the starting point and that’s what we did. Along the way, when we started performing live after the first resurgence album, the music started taking on this quality that was bigger than us and these trajectories would happen and the music would start playing us, rather than the reverse. And in that way, the audience is right inside it with us and it seems to be a very positive experience for all of us. So in that way, I’m happy that we’ve done it.

To Be Kind in particular has a very reverent, contemplative sensibility. From the opening track “Screen Shot,” listeners are drawn in close, to be told something rather than have it screamed from across the street.

Yeah, maybe, but I would say that it’s not really telling them something. It’s just all of us sharing this experience, being inside this thing. I’ve used the simile sometimes that it’s like the difference between looking at a painting and walking inside a piece by the artist Richard Serra. He did these big spiraling pieces of pressed steel and you’d walk inside them and the environment would change as you went through it. It’s really something, and I would liken the experience more to that than looking at a painting.

“Screen Shot” is particularly interesting, in that it could function as a non-committal mission statement for Swans both in sound  and lyrics.

I wrote that song on acoustic guitar. That groove is just me playing the way that I do, with my thumb. I play guitar like a bass player, in a way. So I was writing that groove and the words came and I guess they were more like a prayer, or a mantra, than anything else. They fit with the groove well, then  of course I brought it to the group and it developed from there. That’s kind of a prosaic description of how the song came about but that’s how it is.

For live performances, is the band playing  different versions of songs  from To Be Kind,  as well as unheard material?

The familiar tracks that are performed seem  to have grown over time,  rendering the recorded track  as a capturing of the moment.

That’s exactly what happens. We don’t play “Screen Shot” live but to use that as an example: I’ll start off with a thing on acoustic guitar, I’ll bring it to the band, we’ll build it up and then we start playing it live and it grows from there. Eventually it just transforms into something that we wouldn’t even recognize from where we started. It just keeps growing. I’ll direct the band along the way or they add things and I will encourage or discourage them. It just kind of keeps metastasizing as it grows. There are other songs that come out of some really rudimentary idea that I have and then just through the force of the band playing together it becomes something much bigger than I ever would have imagined. That’s a true “band” song. One of the songs on the album like that would be “Bring the Sun / Toussaint L’Ouverture;”  that was entirely organic, the way we wrote that song. The way that began was the end of the song, “The Seer.” We were just kind of bashing and extemporizing on the end of that (live) and it gradually just morphed into this thing over multiple performances. That’s sort of how a lot of the new material has come about, actually. There is a song we’re doing now called “The Cloud of Unknowing ” and that grew out of playing “Just a Little Boy” live. Another one is “Black Hole Man” which grew out of playing “Toussaint L’Ouverture.” You leave the tail behind and the body just keeps going.

Does that sense of shared discovery make for a better live environment as a performer?

That’s the biggest challenge for us, to keep that sensation. We’ve been doing this set since then and it’s continued to transform itself. It’s gotten, if I may say, really good now but it’s reached the point where I know what’s going to happen. Once it gets going, it’s its own sort of entity though  and we’re just denizens of the world it describes.  The music that we’re doing now is, it’s six pieces that we’re doing, four of them unrecorded, there’s two things from “To Be Kind” but they’ve pretty much changed.

When it comes to Swans, is the musical genre “outsider music” apt? Or is it a term to be bristled at?

I wouldn’t feel comfortable wearing those clothes. Outsider art is usually something describing a mental patient making art… but I’m not a mental patient, at least not yet. Maybe I’m on the way. Maybe it’s art rock, pure and simple. I’ll meet someone in an airport and they’ll ask me what kind of music I make and I’m flummoxed. I don’t know what to say. I’ve used “cinematic rock” and god, that sounds horrible. [Laughs]

Does story or sound come first in the creative process for Swans?

In the so-called large songs, the ones that are kind of vast sonically, the sonics come first. Or sometimes it’s what’s in my mind when I’m working in a small way on the acoustic guitar—I’m thinking of how it’s going to be orchestrated. Then I think of how these words, how any words at all are going to work to amplify the sound rather than make it smaller. That’s the hardest thing.

Lyrically, do you write from the perspective of the protagonist of your songs or are you telling a story  from an outside viewpoint?

That’s a good question. I strive not to have my personal self invested too much in the words. Of course, ultimately it is, but it’s not about me. I’m pretty much irrelevant. I’m just a performer that has to bring these  things to life once they’re written. I guess you could take a song interpreter of great note such as Nina Simone, when she sings, “I Loves You, Porgy;” is that her singing about herself ? She invests everything she has into that  performance. So that’s the tangible  result of it, that she occupies the song entirely. I try to set up a situation where I can do that.

I’ve always gotten the sense that  while  you were inhabiting the subjects of the songs, you weren’t speaking from personal experience.

I’m not Kanye singing about my bitch. I loathe that tendency in pop music, where the music is about the actual person. It’s really, really disgusting. It feeds into the whole persona of pop stars [and] rock stars, which I find disgusting.

In the early days of the group, you held down a rigorous work schedule of both regular jobs and music. Did that ethic serve to power Swans or was it inherent from the start?

I don’t see how they are mutually exclusive. That’s just sort of all I know how to do and I guess that’s one reason  why, through persistence and hard work we’re getting some recognition now. In that I don’t mean kudos, I mean that we have larger audiences and there’s more of a context for us to keep going and do what we do. That‘s just ingrained in who I am. I just don’t give up. I keep working.

Does that work ethic wear you and the band down and is it possible to stay healthy on the road for so long, touring?

Well, we don’t take drugs. [Laughs] It’s good physical exercise for one thing. But my ears are severely challenged at this point. I don’t wear ear plugs, I can’t and still emote. I’ve got to be consumed by it, so I don’t wear them. We kind of set up the amps in a gentle half circle so everything ’s pointed at me in the center—I’m the victim being prodded with a pin under the microscope. Touring, as I’m sure you’re aware, is not glamorous in the least. It’s exhausting and tedious and mind-crushing. But once we’re on stage it’s a different matter. I don’t know how much longer I can keep up this momentum. We’re going to start recording this new material, as well as some other  songs I’ve written in September, then  inevitably tour for that. Beyond that, I don’t know, we’ll see how long my stamina lasts.