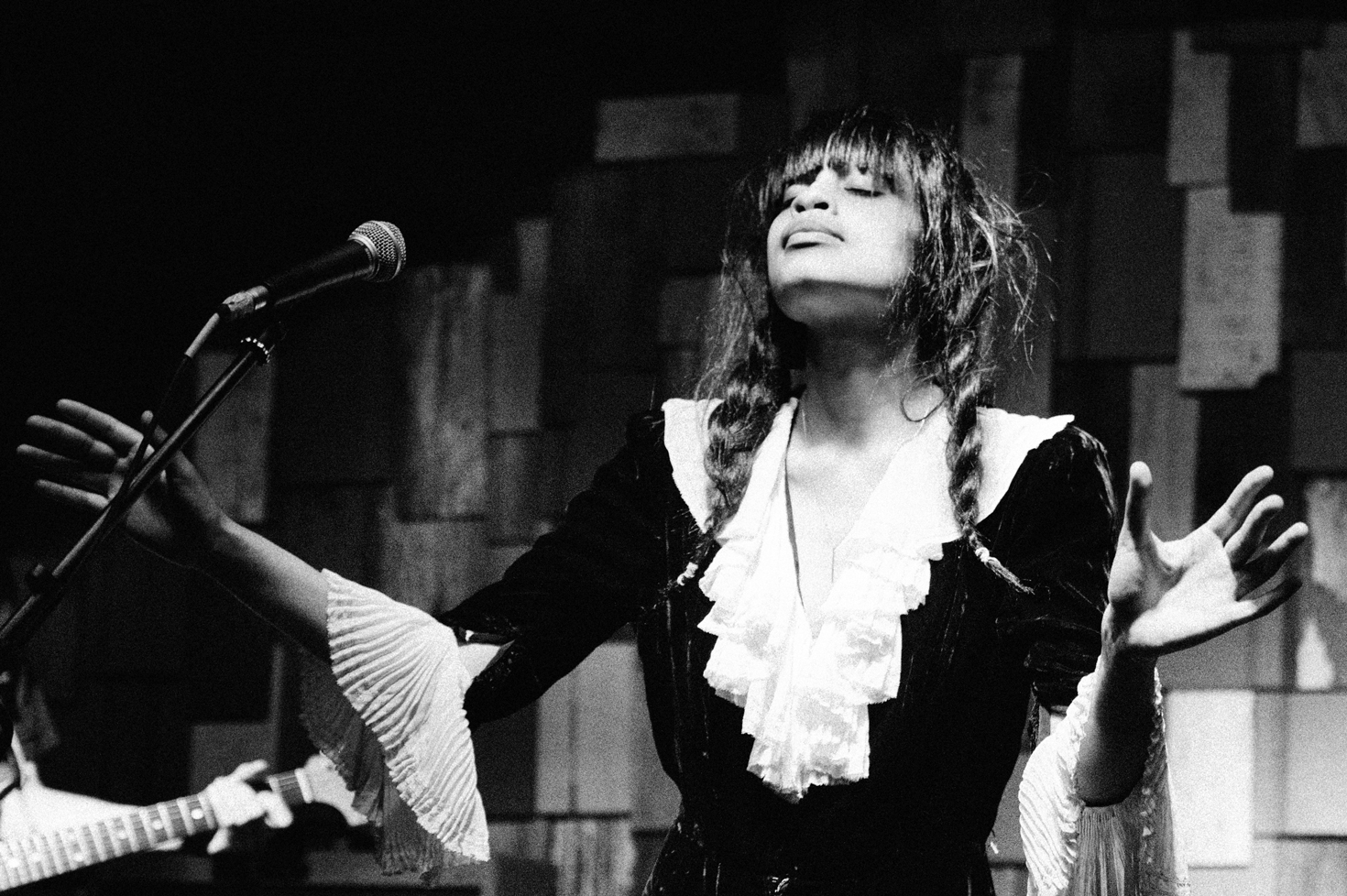 Blues siren Adia Victoria returns to touring this spring and summer with her new album Silences (on Atlantic Records). Originally from South Carolina, Adia grew up in a religious household until her parents divorced at a young age. The songstress used poetry as a means of coping during those times, exposing herself for the first time to music not allowed by the Adventist Church. Miles Davis, Kurt Cobain, Thom Yorke, and Fiona Apple were a few of the disparate influences of her formative years, and these artists weave their way through her music today. She now calls Nashville home after spending bits of her early 20s exploring New York and Atlanta. Once she made the move to Nashville, she was inspired to work with blues music and performed for the first time at South by Southwest in 2016. Her first full-length album, Beyond the Bloodhounds (also on Atlantic), was released that same year with a theme surrounding her life before moving to Nashville. The new album—co-produced with Aaron Dessner (of The National)—expands on her soulful and poetic songwriting. My favorite track, “Dope Queen Blues,” is also the name of the tour. I spoke with Adia about her writing process, what advice she had for fellow Black creatives, and how she feels about opening for New Orleans’ own Tank and the Bangas on upcoming tour dates.

When was your first time performing in New Orleans and what was your experience like?

We played Gasa Gasa the first time in 2016 for my album, Beyond the Bloodhounds, and I’m trying to remember what it was like, and what I was wearing. I remember eating a lot. I had three po’boys in a span of about 16 hours, which I probably won’t do again. But we love coming to New Orleans; it’s such a vibe. It’s a mood, and every time we come back it’s just a really good time!

You’ll be opening for Tank and the Bangas, a crown jewel of New Orleans music royalty. When are those dates and how did y’all get connected?

We are gonna be opening for them for two shows, I believe in May. Yeah, they reached out. They’re fans of ours; we’re fans of theirs, and it was very natural. They were like, “Will you come open for us?” And I was like, “Yes!” So, that’s always the best band-meets-their-fan situation—when you like, genuinely dig each other, you know?

What songs from the new album do you most enjoy performing live?

It’s so hard to say because all the songs just blend different, and you really can’t compare one to the other. I think “Dope Queen Blues” live is so much fun, and that piano live is just so killer. I kinda bring that character to life on stage.

“I can’t ask anything of this world, the music business, and fans. I can’t really need anything from them.”

How does your poetry influence your music? What’s the bridge between melody and tone in lyrics, vs. your own style of poetry?

What I think is that they both require inundation of the ear to understand and feel the impact of language. It’s the way you measure and weigh the words—which is how I do with the lyrics. And I think that being a poet first is definitely the way that I write my songs as far as them being story-based. The music is almost secondary, I would say, to serving the character’s story, the narrative that’s going on. I guess having an ear for truth, sound, and balance is how those two worlds collide.

How do you navigate creating new songs while traveling extensively for tour?

You know, I typically don’t record on the road. It is such a hard place to access within your mind when you’re on such a rigorous schedule with playing a show every night or every other night, driving, and being in a band. I always make myself available for that towards the work of performing. I do find that when I get home there’s usually like an outpouring, like taking an emotional laxative where it all just pours out of you. I do a lot of writing when I get back to Nashville.

What words of advice would you give to young Black women like myself who are also navigating their identity and voice in the music industry and as writers, creatives etc.?

You know, I think for me it’s always important to be home with family to have that kind of centering when I get off the road. It reminds me of who I am. I really had to come to terms with the fact that I can’t ask anything of this world, the music business, and fans. I can’t really need anything from them. I’m giving them access to my life, but there is a boundary there. I know who I am apart from all of that, so I’m still me when I go home and I’m working my day job. I would implore young women, especially women of color, to just dig and get to know yourself. Be sure of yourself, be sure of your story, because there’s a lot of people out there that will actively misinterpret it, and misinterpret you. Don’t look to them for deeper meaning because they don’t know what you think.

Adia Victoria will perform at Gasa Gasa Monday, May 6. For more info, check out adiavictoria.com.