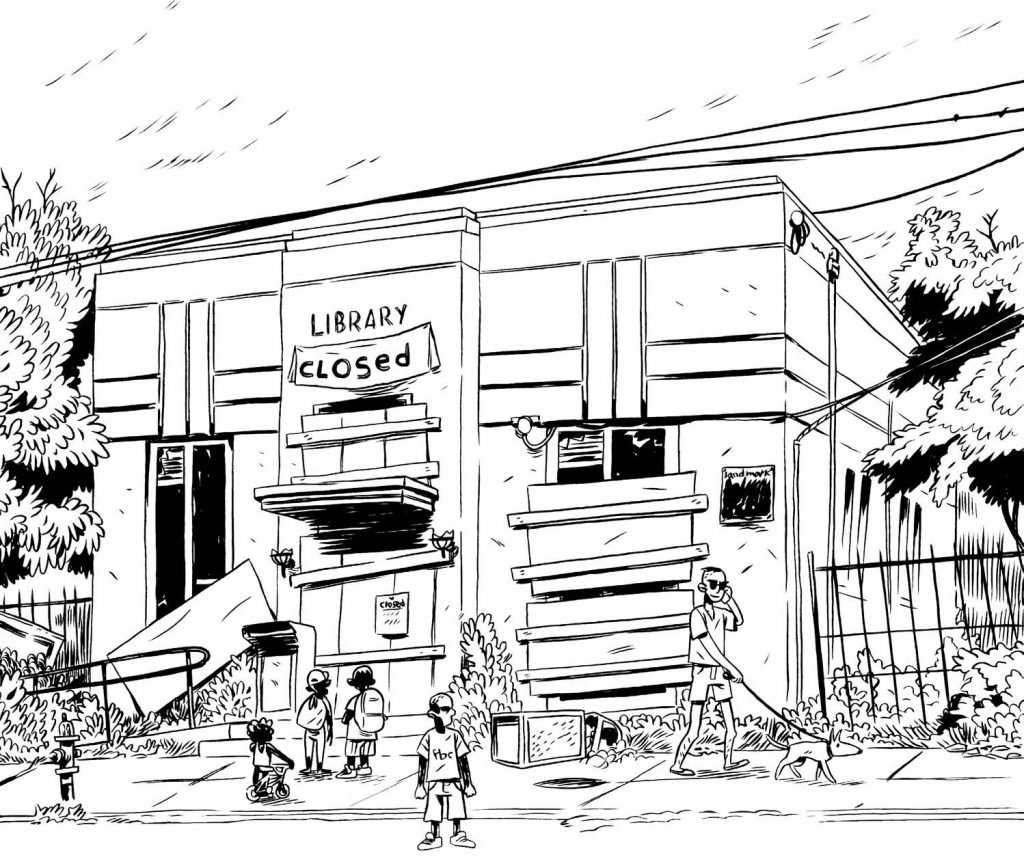 Our libraries are facing a desperate situation. On May 2nd, the New Orleans Public Library is propositioning voters for the funds to continue operations. As of 2016, all of their reserve funds will be exhausted, and the consequences of trying to function at the current millage level are pretty bleak. Half of the libraries in New Orleans could be forced to close their doors, and the ones left behind will have to whittle down their service hours. How has our library system reached this critical point in its history? Gather round children; I’ll tell you a story.

The City of New Orleans used to fund public libraries. For the most part, that ended in 1986. It’s no coincidence that this withdrawal of funding coincided with a shift in national ideology. All across the country, politicians were being elected for their commitment to reducing taxes and shrinking the government. To replace the city’s funding, citizens voted in favor of a 4 million dollar library-designated property tax. This was later rolled forward to 4.32 million, a level that remained unchanged until 2005. 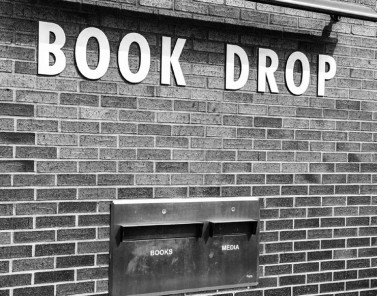 New Orleans libraries were hit hard by Katrina. Six of the 15 branches were completely destroyed, swamped by up to 12 feet of water. Approximately 320,000 items in the collections were lost, and the staff was reduced from 197 people to a paltry 19. For years after the surge, branches operated out of trailers and abandoned strip malls in an attempt to support their ravaged communities. During these trying times, NOPL’s millage rate was rolled back from 4.32 to 3.14 to ease the tax burden of citizens recovering from the storm. Library spending also decreased during this period, resulting in the accrual of approximately $12 million in unspent Library millage revenue.

With assistance from FEMA in 2012, five libraries reopened with new, multi- storied buildings. Since that time, the library system has used their reserve funds to cover operating expenses for the replacement branches. That reserve fund is almost entirely depleted. In addition to the current 3.14 millage rate, NOPL is asking for another 2.5 mills for a total of 5.64 mills dedicated to the New Orleans Public Library system for at least the next five years.

Now that the math lesson is over, you might be wondering: why do we need all of these libraries? Isn’t everything moving online? For all of the ways the library seems stuck in the past, it’s actually way ahead of the rest of us when it comes to free internet access. Not only does it give the public an outlet for connecting to the online world, it provides the hardware too. Public libraries are the only places in the city where anyone can use a computer gratis. If you can’t afford to purchase a computer, you can use the library to create resumes and print job applications. 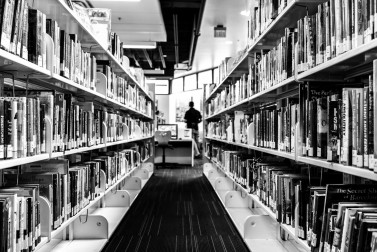 Arguably the most important role the library plays in the community is its ability to bridge the digital divide. As the world moves online, many citizens are struggling to adapt to new technologies. For instance, tax filing instructions, which used to be provided in hard copy, are all made available exclusively online. How do you figure out how to file your taxes if you don’t have a computer? You go to the library.

People also come into their local branches with smart phones and their neighborhood librarians show them how to send messages and make calls. Librarians teach people how to set up email accounts. They teach people how to gather information from the internet. It’s hard to find a how-to video for using a search engine if you don’t know how to use one. They also offer special classes for their more advanced patrons. As of this year, Gale Courses are available on library computers and are free to anyone with a library card. These are six-week intensive, online courses in subjects ranging from software skills (Excel, Quickbooks, Photoshop) to grant writing and self-publishing.

Government organizations are being squeezed more than ever, closing offices and relying instead on the internet and automated telephone assistance to save money. If only we were all robots—think of the money we could save! Alas, libraries are left behind to pick up the slack where other services fail. When the SNAP (Supplemental Nutrition Assistance Program) application was moved online, DCFS told people to go to their local libraries to set up accounts and apply. Citizens flocked to the libraries and librarians, not expecting this influx of confused patrons, quickly learned their way through the system.

What else? Free notary public services. Voter registration. Postpartum support. Early-stage Alzheimer’s support. Free HIV testing. Free yoga classes. Spanish conversation circle. English conversation circle. Sewing classes. Storytime for children. Healthcare enrollment assistance. A place where members of the community can drop off barely-used prom dresses so that a young woman might have something pretty to wear to her prom. 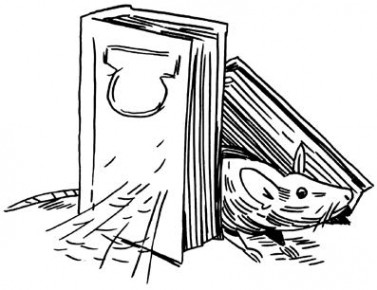 People who have been pushed to the fringes of society—the homeless, ex- cons, addicts returning from rehab— find help at the library. They can obtain a letter from their temporary abode, whether it be the VA or a halfway house, and use this as proof of residence to receive a library card.

Many charter schools in the city don’t have their own libraries. Increasingly, curriculum books are not provided. Children whose parents can’t afford to purchase their books for school come to the library with reading lists, and the librarians struggle to find a hundred copies of The Color Purple. Teachers have a hard enough time as it is without the latest confusion over Common Core standards. While teachers and students alike are trying to learn these new standards, how are they expected to find time for special programming? At least the libraries are there to provide homework help, after- school activities, and a place for kids to go during the summer. 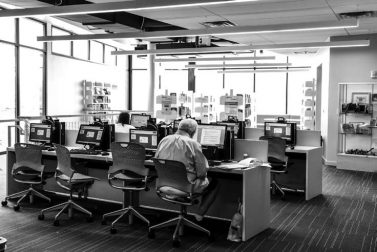 And they want to do more. With the dedicated funds provided by the millage each year, NOPL plans to extend their operating hours. They’ll stay open later, allowing greater access to their services, and make the libraries available on weekends. This will mean hiring more staff in permanent positions. With more staff, senior librarians will have the opportunity to develop outreach programs with area schools. They also plan on re-opening the Nora Navra Library in the 7th Ward, furnishing a community center for an area that has so far been ignored and neglected by developers.

With all of the numbers and figures being spouted off, it’s easy to forget the emotional consequence if the city is forced to shut down half of its libraries. When members of the community hear about the potential closures, there is a resounding sense of anger. “They are trying to take our libraries,” goes the refrain. What happens when even the most basic civil services are denied? What do people do when they are relegated to the streets, pushed against the proverbial wall? No matter how much some of the more privileged among us want to shield our eyes from the political and economic realities of the city in which we reside, at some point we will be forced to confront the consequences of ignoring the underprivileged. 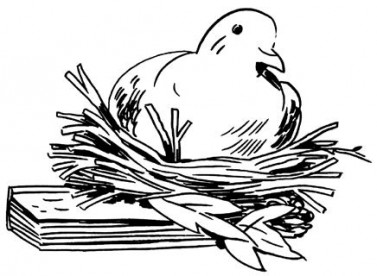 Barring the economics and politics and threat of societal collapse, the grossly idealistic and sentimental truth of the matter is that libraries are where community happens, where relationships are built and maintained, where people support each other and grow, and try to become better individually, which makes us better as a whole. Our libraries are a shelter from the storm of greed and rejection forever raging outside, a place to escape into someone else’s world, a place to learn.

BALLOT LANGUAGE
“Shall the City of New Orleans (the “City”) be authorized to levy and collect annually, in addition to any other authorized tax, a special ad valorem tax not to exceed 2.5 mills on all property subject to taxation within the City (an estimated $8.25 million reasonably expected at this time to be collected from the levy of the tax for an entire year), for a period of 25 years, beginning January 1, 2016, and ending December 31, 2040, which tax shall be collected in the same manner as all other ad valorem taxes and which shall be dedicated to and used by the New Orleans Public Library System for the purpose of adequately funding its continued operations, said tax to be levied and collected in addition to the current 3.14 mills previously approved by the voters of New Orleans for the benefit of the City’s public libraries, which current 3.14 mills shall expire December 31, 2021?”

Special Thanks to the libraries of New Orleans for providing free access to the research materials used in this article and a quiet space for me in which to write it.