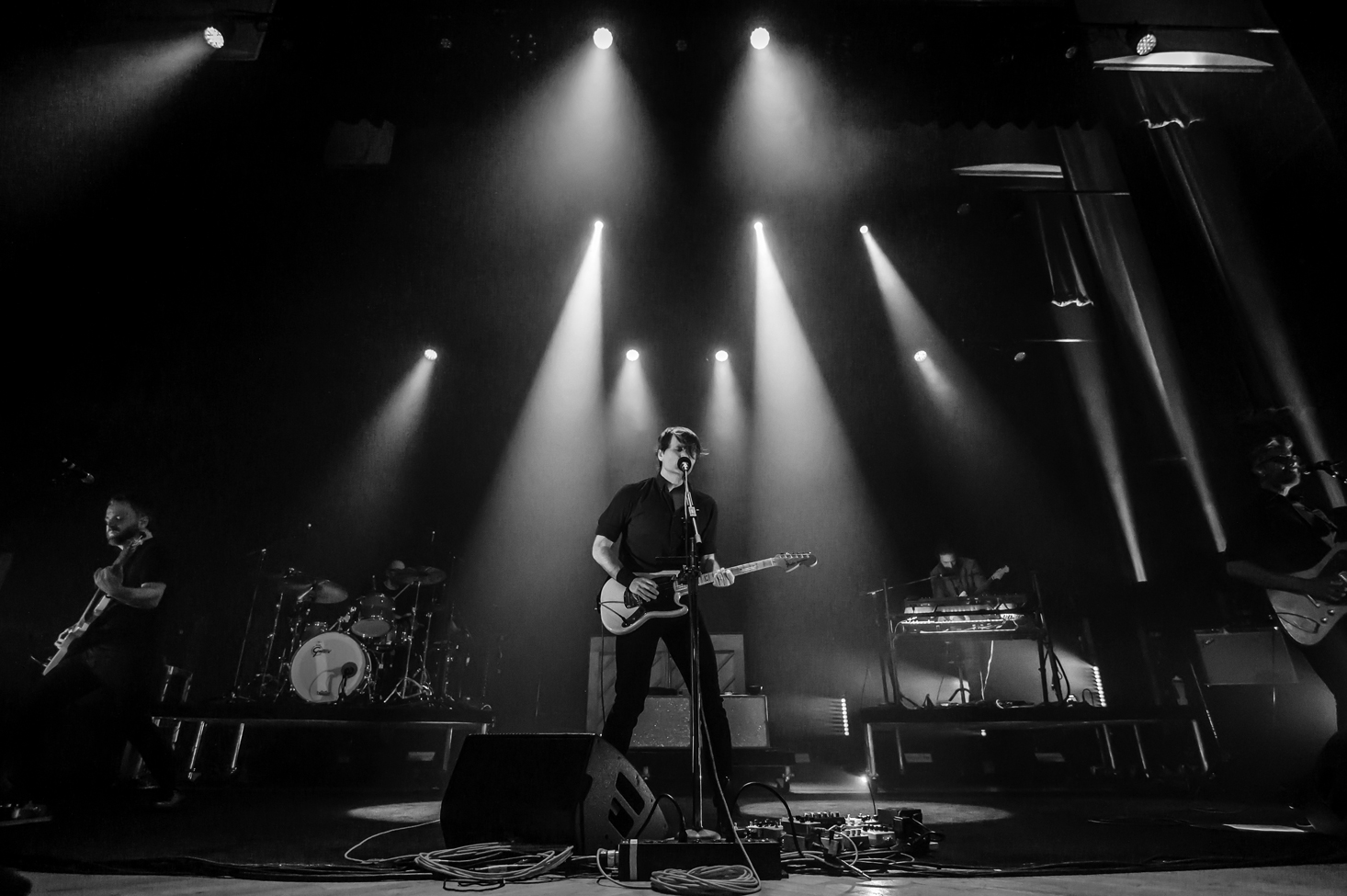 Many of my golden memories from high school are set to the songs of Death Cab For Cutie. 2003’s Transatlanticism returns me to my best friend Tyler’s parents’ front porch, begging him to let me burn his brand new Plans CD onto my computer and promising not to scratch the cover (I definitely scratched it). I didn’t realize it at the time, but Death Cab was the first band whose music I truly felt allied with. Before them I shined it on, pretending to like bands like AFI and My Chemical Romance, taking a brief but enjoyable detour at Yellowcard, and welcoming All-American Rejects and Green Day into my life like old friends. But I can remember feeling a fullness from Ben Gibbard’s (now highly recognizable) dreamy vocals and the light sadness—with just a sliver of optimism—that emanated from those melodies. It was intoxicating to experience writing that was at once heavy and hopeful, inviting you to honor those two often competing emotions. They say the music you listen to in high school is the music you listen to for the rest of your life and well, here we are.

As I walked into the Orpheum Theater for Death Cab’s show last month, I hoped the night would not be a disappointment to my near-perfect memories of seeing them play when I was 15. It’s certainly not unheard of for a group to let their sound evolve, especially considering that Death Cab’s career began over 20 years ago, their debut album Something About Airplanes having been released in 1998. There were scattered cries of, “Come on, Death Cab!” and “I love you, Ben!” from the restless crowd before a door opened backstage, filling the frame with red light. The band—aforementioned frontman, guitarist, and pianist Gibbard; bassist Nick Harmer; drummer Jason McGerr; guitarist and vocalist Dave Depper, and Zac Rae on keys—stepped through.

Gibbard’s voice can do no wrong in my book, so from the first utterance of “I Dreamt We Spoke Again” (from their newest album Thank You For Today) I was sucked in. But the transition into “The Ghosts of Beverly Hills” two songs later showcased the group’s ability to seamlessly blend their new work with the distinct voice that the last 22 years and ten albums have cemented for them. Aside from that, a distinct energy had been sparked in the theater. Longtime fans breathed a collective sigh of relief knowing that their love for Death Cab’s music wouldn’t be dashed by a gratuitous, death-rattle tour—at least not tonight. Then they filled their lungs again in time to belt along with the ever-familiar lines,  “The glove compartment is inaccurately named and everybody knows it…”

I will never forget finishing out the day at Lollapalooza in the summer of 2005, my first real music festival experience. It had been so hot that day that Sara (from Tegan and Sara) got heat stroke in the middle of their set, but by the time Death Cab took the stage, the sun had set. And after seeing The Killers, OK GO, and baby Arcade Fire, we watched the lights of the Chicago skyline blink on as the band hit their first notes. As the set grew longer and the sky grew darker, we slowly floated our way to the back of the crowd, getting ready to flee the grounds as soon as the set ended. And yet, all of our preparation to get home by curfew was blown when we heard the first plucks of “The Sound of Settling” and sprinted back into the belly of the crowd.

Hearing “Crooked Teeth” all these years later elicited an instant smile, while “What Sarah Said” sent me searching for tissues I knew I didn’t have. Later on in the evening, I ran into my friend Jeff, who said it perfectly: “I’ve been waiting twelve years for this show!” I looked around the room and was struck by the overwhelming feeling that the audience I had run back into 14 years earlier was here again tonight and, like me, had grown up in the meantime. Death Cab For Cutie entered my life at a time when reality television was king and having an eating disorder was edgy. They took the feelings we all had inside us, wreaking various forms of emotional havoc, and put words to them. They took our greatest fears and quelled them. Lines like “I’ve got a hunger twisting my stomach into knots” and “Someday, you will be loved,” are written so simply and honestly over magically irresistible melodies that they dare you to believe these good—and real—things about yourself.

Creating nostalgia in the mind of someone who admires you or your art is a feat in and of itself. To then be able to live up to that nostalgia is truly impressive. But if you have surpassed even that point and can enhance the positive memories someone has of your music and your performances, that to me is a special kind of genius Death Cab For Cutie has harnessed. “15 year-old Katie is here and she’s so stoked she’s crying—shocker,” reads one of my notes from the evening. And despite my self-deprecation, I am likely to remember this show just as vividly as the one in summer of 2005. After closing the set (again!) with “The Sound of Settling,” Gibbard returned to the stage, letting the happy and dazed crowd know he will see them again next time, and played an acoustic version of “Transatlanticism” as the encore. He eventually got up from his seat and approached the edge of the stage, not to sing to the audience, but with them.