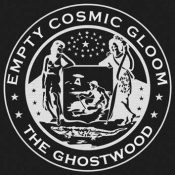 THE GHOSTWOOD
EMPTY COSMIC GLOOM
(DIGITAL RELEASE)
These guys are pretty much the best local pop band. The impeccable songwriting definitely rubs shoulders with Chalmette’s the Robinsons, with less Ramones/Weezer and more Screeching Weasel/the Broadways. These new songs blend their earlier, roughly straightforward pop punk and their later, more complex “rock” using the same sweet recipe: rock solid rhythm section, anthemic sing-a-longs, not overly-clichéd lyrics and blazing solos that don’t degenerate into the masturbatory. “Overall happy dudes playing mostly woebegone songs” says the Internet. That about sums it up. The only thing these turkeys could do better would be increasing their recorded output (more, please!) and getting back to more DIY shows (less poo-poo bar shows, please!). And there could probably be more Fireman Andy vocals.

ADULTS
BETTER AT OUR DAY JOBS (CASSETTE)
(SELF-RELEASED)
Four unmastered songs off their upcoming full length. Unlike a lot of terrible local bands who won’t seem to go away but just keep plugging away with a constant stream of sub-par releases and boring live shows, Adults actually got a lot better at writing and playing over the years. This release shows miles of distance from their earlier, sloppier pop punk beginnings. Way more Replacements/Jawbreakerish punk rock with Paul sounding more and more like Eric Bachmann (especially on their Archers of Loaf cover). Adults were easily the standout band on the Valentine’s Day 2013 Community Printshop benefit show with their spot-on Nirvana set; and their original sets have also seemed tighter and tighter. They’re definitely worth catching live if you don’t have to go to the Saint to make that happen. Good luck trying to find this tape, though.

CRACKBOX
COULDN’T GET WORSE
(CATSUP PLATE)
I noticed this made a top ten list or two in MRR’s year-end recap, which was great to see. The LP is, unfortunately, less sloppy Crimpshrine/East Bay punk influenced than their previous releases, but it’s still super. Heavy jackets and nice art on the insert. You can catch them sporadically at punk houses and generator shows down in the Bywater. Always a wild time.

SHOE GAZE and ALTERNATIVE and POSTWHATEVER 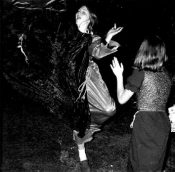 HEAT DUST
S/T 10”
(TEXAS IS FUNNY)
Favourites of college kids and older, local punks alike, these songs have been out on a self-released cassette for a while, but it finally got pressed to vinyl by this San Antonio label. Excellent, noisey pop songs with a nod to Dinosaur Jr., without all the guitarwanking. This 10” lived on my player for a couple of weeks, and I still go back to it. Great artwork also. These guys tour a bunch and follow the One Local Show a Month law. Serious musicians. They have a split 7” coming out soon with Joy Sores. Jasper needs to stop playing with so many other bands and knock out the Heat Dust full length.

LOVEY DOVIES
SHIVE
(TUFF FUZZ/LOUD BABY SOUNDS)
I’m so glad LDs finally has some vinyl! I really hope that James goes through their back catalog as well. (I heard he also just recorded a Heat Dust cover.) Oppressively sad songs over gloomy, sock-hat music. This release gets away from some of the washed up ‘90s alternative bar rocker maundering and back into the catchier pop songs that makes James such a standout songwriter. Nice layout and art on the jackets. Only real complaint is the shrink wrap and lack of an insert.

GLISH
COME DOWN (CASSETTE)
(CHINQUAPIN)
Dreamy and at times upbeat, but at other times slow and dreary—the new release is a bit less Cardigans than Blast Off !. If they took things in a more epic, even more ethereal direction, this might appeal to more Cocteau Twins dream pop fans. Sweet folks doing sweet music. And Byron just started doing shows, which gets him a gold star in my book. Their March 12th show at Fair Grinds with Whirr should be a stand-out for folks into the shoe gaze stuff. 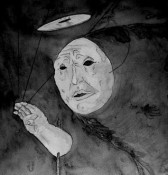 WHOM DO YOU WORK FOR?
PANIC (CASSETTE)
(WAYPOINT)
These guys got so mad at me when I jokingly described them as post-hipster on a flyer, so I guess this should be filed under “indefinable and humourless.” Or we can call it electronic pop music that’s still noisy enough at times (at least, live) to be considered “experimental.” WDYWF? all have solo electronic projects, and they curated a weekly electronic show at the Dragon’s Den (which has now been handed off to Justin Peake who hosts it bi-weekly at Hi Ho Lounge). Waypoint also has a Halfys tape just waiting on Melissa Guion to finish the artwork for the j-cards, and a Leaving cassette coming out in a month or so. Keep an eye out for those.

GASMIASMA
CRASHERMANGLE 7”
(LEVEE DOG)
Follow up to their excellent “Trenchrats” 7”. Wall-of-noise crust informed by Japanese noise, old school black metal, True Punk, etc. Folks from Hellkontroll, Ritual Killers and Crowbar, so you know there’s no fooling around. Classy, silk-screened covers. Here’s to hoping they play some shows outside of Siberia one day. Seems like they’re still pretty obscure nationally, which would probably change drastically with a couple of West Coast and Northeast tours. Folks outside of New Orleans would definitely eat this up.

BARGHEST/FALSE
SPLIT LP
(GILEAD MEDIA)
Barghest remains one of the best local heavy bands, staying true to their rawas- fuck, primitive, harsh black metal roots while even incorporating a tasteful amount of death metal. Despite some immensely awful record artwork, this is a superb release for anyone who is sick to death of the word “post” shackled to their black metal. No folksy, ecomeanderings or melancholic drifting. No gimmicks, no nonsense, no politics. ALL HATE.

SECRET SMOKER
TERMINAL ARCHITECTURE
(PROTAGONIST/ADAGIO)
Billy Thompson’s newest band, so you know what to expect: driving ‘90s emotional hardcore in the vein of 400 Years, Hoover and all those obscure 7”s with a tree or a silhouette of a child on the cover. Old guys still doing DIY shows, despite living in the black hole that is Baton Rouge. Released by one of the guys from Groundwork and one of the guys from Zann, so you know it’s legit.

VIBE RUINER
(DIGITAL RELEASE)
Total Majority Rule-worship posthardcore with ex-members of Sparrowhawk, Necro Hippies and Small Bones. This is definitely one of the better bands playing around town these days, and it seems like Auryn is keeping on the DIY straight and narrow. They’re doing a Northeast tour in March with Opposable Thumbs. And they should have a full six-song cassette out pretty soon.

SUBSERVIENT FUCK
KILL 7”
(HUMAN RESOURCES)
The ONLY local hardcore band. And they haven’t even played a show in town. New Orleans sucks because you suck. Get involved or get out.

A COUPLE FROM THE BYWATER

LONESOME LEASH
I AM NO CAPTAIN
(RIOT MEDIA)
Why Are We Building Such a Big Ship? no-captain and accordion-for-hire Walt McCelements’ solo record. A couple of really amazing, darker songs more akin to that first dirgey Big Ship LP and then some dancier, gypsy pop for fans of the newer Big Ship stuff who just want to smile and have a good time in their olde tymey thrift store digs.

SCISSOR GRIND
S/T CASSETTE
(NO MORE FICTION)
Short-lived, all-female punk band made up of mostly transplants plus Tragic Girls End Up Like This/Ovary Action’s amazing Sarah Brooks, released by local Scene Lordess Osa Atoe. The recording is brutally lo-fi in a practice tape kind of way. If you blinked, you probably missed this band when they were playing out; but they were great. Take my word for it. Way better than Tropical Depression.

SS BOOMBOX
SCARECROW SONIC
BOOMBOX (SELF-RELEASE)
Poppier and, dare I say, folkier garage rock. These guys have been around for a bit, but I only recently found out that my old friend and fellow Blue Jay Justin Windham is in this band. Remember the Blush? This is less Johnny Thunders and more Velvet Underground. But still punky. They’re saving up at the moment to release some vinyl.

BUCK BILOXI AND THE FUCKS
S/T 7”
(ORGONE TOILET)
Militantly lo-fi, borderline no-fi punk stuff for MOTO and Goner Records fans. The writers at MRR have gone bonkers for this. I think “the punks” would also be really sweet on this if they played a few downtown shows outside of Siberia. Hold up! Looks like they’re playing at the Big Top on March 11th, but I’ll have to miss out, since that’s my annual Day of Birthday Solitude. Will the downtowners dare to bike to the other side of the CBD? (Probably not.) Pelican Pow Wow is releasing a split 7” with Legendary Wings soon.

ALL PEOPLE
COMMUNICATE
(COMMUNITY/ASIAN MAN)
Fugazi eclectic-ism worship through the ever-youthful lens of ska-lifers. Kevin Barrios, Chris George, James T. Whitten and Mike Park all gush over this band. Punknews.org called them a “supergroup,” but I’d call them the natural evolution of a group of guys still rigidly adhering to DIY ideals and fed up with their past efforts fizzling out. The artwork for this looks like a Promise Ring or Community/Blackbelt release, which I like.

VOX & THE HOUND
COURAGE
(SELF-RELEASE)
Well-groomed collegiates from all over uptowne New Orleans swoon for this band, while they scowl at my bands and scoff at me when I try to give them flyers. Classically attractive young men playing polished pop music. Nothing new here, but folks who have followed local radio-friendly pop stuff like Generationals, Empress Hotel, World Leader Pretend, etc. will probably like this a lot. I just wish they were a little less Elvis Costello and a little more Tripping Daisy.

EVERY SCRUFFY-FACED SHAGGY-HAIR AND GLAZEYEYED WEED MISTRESS
DIGITAL DOWNLOADS
(COMMUNITY/CHINQUAPIN)
Astronomical, Woozy, Dominique LeJuene, New Lands, Native America, Habitat, Sun Hotel, Donovan Wolfington, and so on have all been plugging away with CD-R and digital releases via Community and Chinquapin Records (along with a few self-releases). Lots of indie rocker guitar noodling and singer-songwriter soulsearching, but there’s some interesting bits in there as well. All of these bands and musicians are pretty active in the DIY scene (uptowne, at least). Let’s say a short prayer to Ian MacKaye that they’re here to stay, not using punk as a stepping stone for their careers in “Music Industries.” 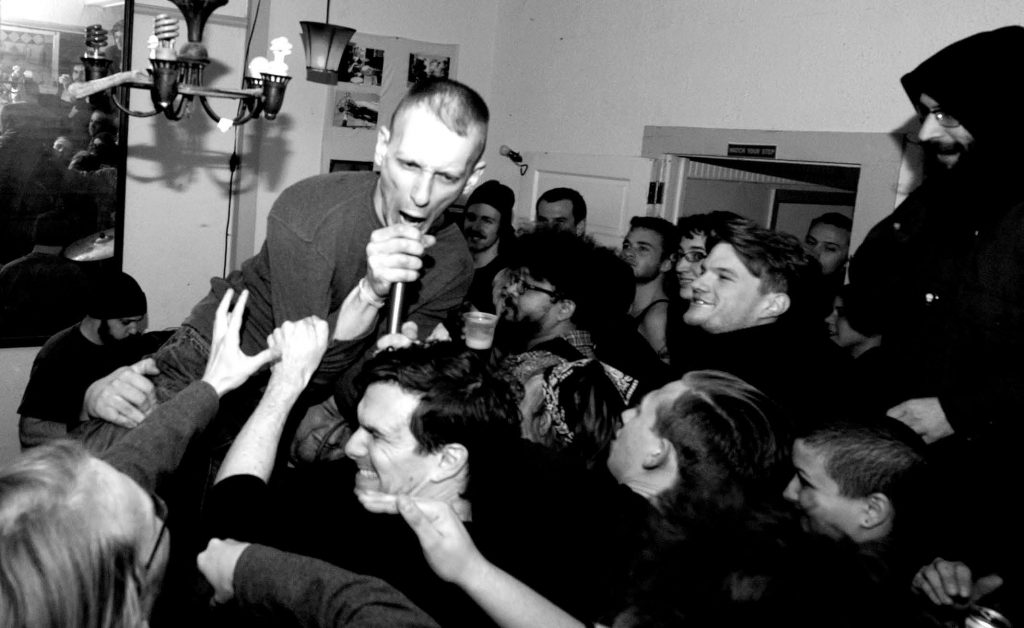