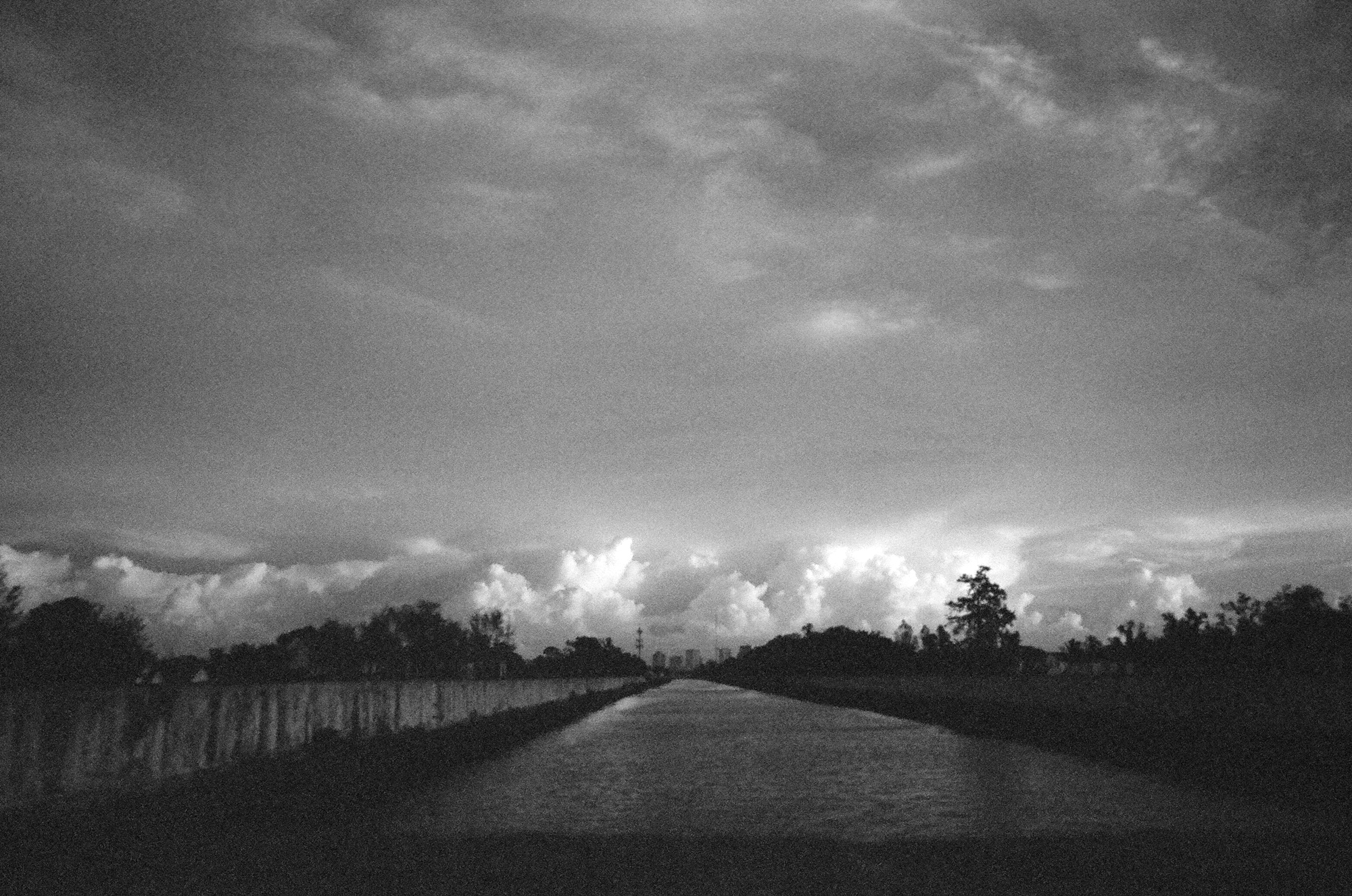 I didn’t think of myself as a person who never leaves. I’m not sure why, considering my own obstinance in remaining here long term, but I didn’t quite piece it together until this go-round. Not having evacuated since middle school, I was never forced to confront the question head-on. But as the intensity of the storm picked up, and it became a more substantial and potentially dangerous decision to stay behind, I had to probe a little deeper: Why was I unwilling to go?

There were some obvious contenders for rationales. After Katrina, like everyone else who left, I had a week’s worth of clothes and not nearly enough keepsakes. Following the storm, people weren’t allowed back into the city, and I never saw the childhood bedroom my grandfather built for me again. In theory, I know the body stores these things. I know these memories unearth themselves unexpectedly; it still feels implausible when it’s your body, your memories. I also had a cat to worry about, but I would have figured that out, if I wanted to. It wouldn’t have been pleasant, but no option is when staring down the barrel of a hurricane.

At the basest level, I didn’t want to leave. I think growing up in Louisiana has taught me disappointment and destruction are inevitable, time only exponentially compounding the risk, so you might as well do the thing you want to do.

My friend Erin and I decided to shelter-in-place together at my house.

We spent the next two days prepping and running the standard procedure. My street in Gentilly doesn’t flood, so I felt my car was safe here. If there was a tornado, we had a windowless room in the center of the bottom story. If it were to flood again, there was a balcony on our second story we could go to. We have a gas stove, so we could cook food. We went shopping for canned goods, water, batteries, games, ice, alcohol, and pet food. We waited in line for sandbags to secure Erin’s apartment. We separately washed our things, and Erin came over with a week’s worth of clothes and her bearded dragon Joanne. We brought in all the plants and outside furniture and filled the bathtubs with water. We turned the air down low, wrapped a heating pad around Joanne’s enclosure, and kept everything plugged in until the end.

When disaster is coming straight for you, there comes a point where the updates do nothing good for you. You prepare in every way you can, and from there, it’s out of your hands—left to God, nature, or whatever else you decide is in charge. The night before, we watched the first three Twilight movies and drank. The next morning, after getting the necessary updates on the storm, we watched the fourth Twilight movie, and drank. We waited as the winds picked up and as the power came in and out. Around 5 p.m., it was out for good, as it remained for nearly 10 days.

In the coming days, we did rounds of passes to check on people’s properties—both friends and strangers, even climbing in someone’s back window to check on their cat (per their request). We stopped by places we had keys to so we could check for damage and clean out fridges. We attended pop-ups with free food and cheap booze. On the days I felt worse, Erin cooked. On the days Erin felt worse, I did. The heat was bad, but the mix of adrenaline, delirium, and beer on the front porch at dusk subdued the panic for a while. It also didn’t hurt that never in my life had I seen so many stars above my house.

On September 1, the City announced that it was cracking down on “looters,” and the mayor would be instituting a curfew. I read this on my porch, after a day of traversing the city, giving and receiving help, no questions asked. Dozens of people were arrested in the wake of the storm for “looting,” while armed trucks and police cars guarded national storefronts like Walgreens, Whole Foods, and Target—businesses with insurance to cover their losses, while the food inside rotted.

On September 4, senior resident facilities were finally checked on and evacuated, where five residents were found dead. Heat-related deaths continued from there.

In relation to the rest of southeast Louisiana, New Orleans fared pretty well in terms of direct storm damage. Levees overtopped in Plaquemines Parish and Jefferson Parish. Communities in Lafourche and Terrebonne Parishes are facing a housing crisis. Thousands are still without power or places to live, and the government has been slow and inadequate in its response. The River Parishes are still in the deep, dangerous throes of Hurricane Ida.

Staying wasn’t fun, and it wasn’t an adventure. I want to make that clear. It was hard, and I’m still gathering the pieces of myself that floated far away during this time—I’m not sure when or if I’ll fully get them back. Still, in this time I saw glimpses of a world that’s possible. I saw people giving away their product for free and doing laborious favors, stripped of the usual, cynical skepticism. I saw stars above my house. I don’t know what the jump is to get safely from our world to that one, but I’d like to try even if it makes me naive.

I don’t see myself leaving Louisiana any time soon. I know I fight more here than I probably would elsewhere. I know it isn’t the easiest choice I could make. I know I could make more money and find more stability in plenty of other places. But at my basest level, I don’t want to. I’d like to keep trying.

Top photo: Sunset over the London Avenue Canal two days after Hurricane Ida made landfall (photo by the author) 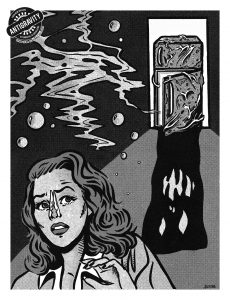