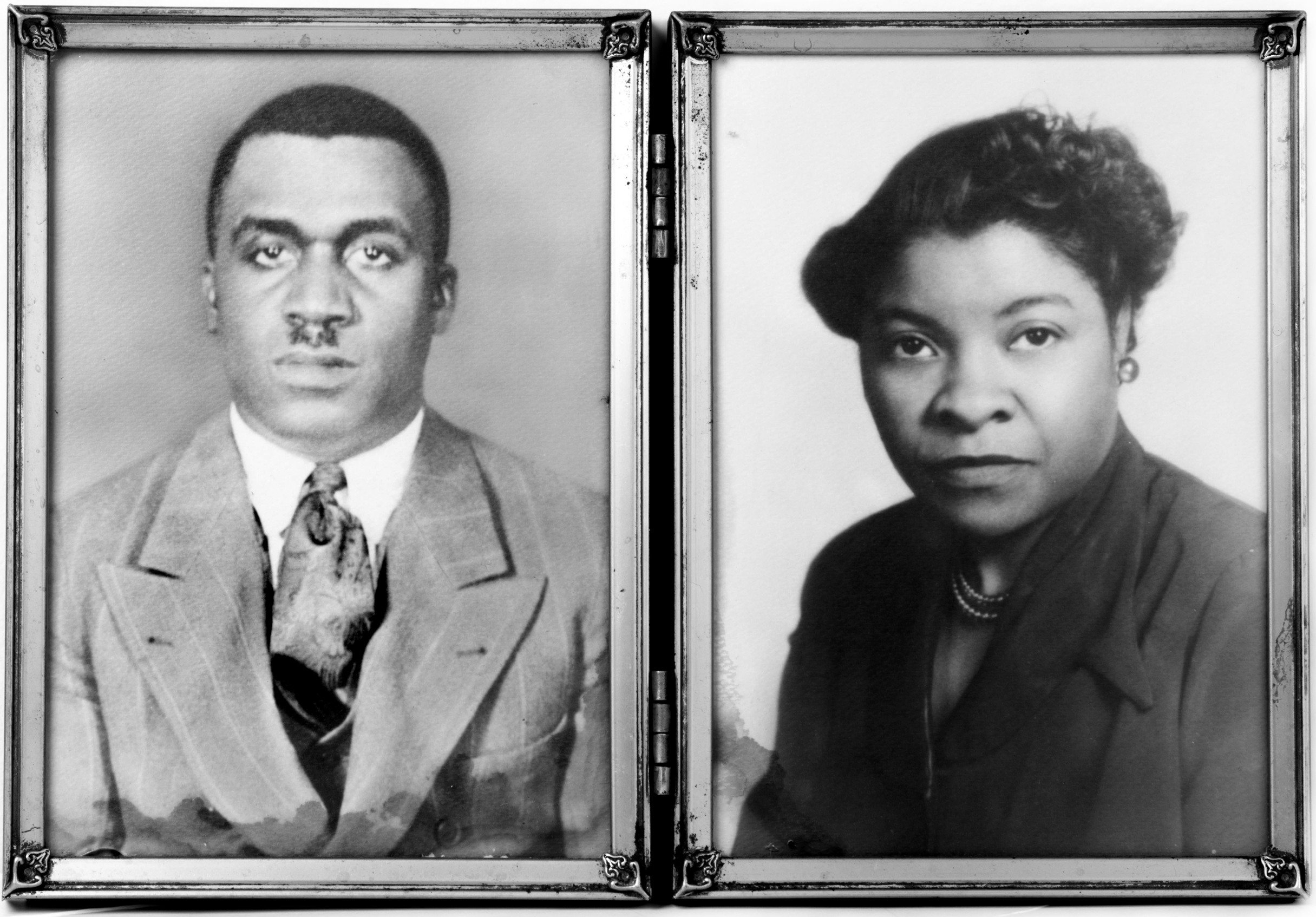 Although I can trace my maternal lineage back to the 1860s, I have a sea of unanswered questions and curiosities that still haunt me. My father’s known lineage stops at my paternal grandparents, who migrated to DC from the Carolinas and Albany, Georgia in the 1930s and 40s. I know they had my father and uncles later in life. I know their parents were born in the 1800s (not long after slavery ended) and died when they were very young. I know they had family members who were still being lynched in the 1950s and ‘60s. I know whatever terror and atrocities they witnessed down south were cloaked in silence, and were part of the reason they moved further north and didn’t look back.

Everything about my upbringing, my view of the world, and how I maneuver through it is informed by my identity as a Black woman. The importance of knowing Black history and having cultural pride was part of my upbringing. Yet my search in the archives, countless family interviews, and DNA swab from Ancestry.com all lead me back to the same two things: chattel slavery and a white man named Peter Wood. After my DNA was analyzed and matched, I stared at my computer screen with overwhelming emotions. The oral history of my ancestors being descendants of enslaved Blacks from the Western Coast of Africa, my paternal grandparents being part of the Great Migration, and my mother’s family ties to a plantation in La Plata, Maryland were all confirmed. What I was not expecting was to be staring at pages of white people, descendants of Peter Wood, who were identified as my relatives. These relatives are distant enough for me to feel comfortable maintaining a no contact policy, yet close enough for me to have to digest an uncomfortable truth. We are bound by the same ties that divide us: slavery and a shared ancestor who benefitted from it. I (like many African-Americans) am the illegitimate descendent of White aristocracy and subscribers to Confederate philosophy.

I think about the white descendants of Peter Wood and wonder how they profited from the wealth and land they inherited from him, even though that land and wealth were cultivated by Blacks, including his enslaved mulatto daughter Nannie, my great-great-great grandmother. I think about how, despite sharing the same blood and history as Peter Wood’s white descendants, that my day-to-day life experience and interpretation of slavery and the Confederacy is so vastly different. I think about my great uncle who was lynched in South Carolina in the 1950s without anyone ever being charged for his murder. I think about the abrupt ending of Reconstruction, Jim Crow, and the Ku Klux Klan. I think about watching Rodney King’s beating being replayed on the nightly news with my mother, reading the story of Breonna Taylor, and the innumerable others known and unknown who were harmed and murdered by law enforcement officers. I think about the Trail of Tears, the Elanie 12 of Arkansas, Tulsa, Urban Renewal in Treme, even the changing demographics in Washington, DC—a few of many examples of the blood and land sacrifices that have fed the insatiable machine our nation was built upon. Racism and Manifest Destiny have left an indelible scar upon the United States dating back nearly five centuries, beginning with the removal of Indigenous Americans from their land. I sometimes wish I knew what life felt like without this scar haunting every aspect of my known history and existence.

Respectability will not save me, you, or this country. While Civil Rights were legally enacted over 50 years ago and African-Americans have made great cultural achievements in politics, business, and entertainment, no amount of verbiage, respectability, or assimilation can undo our nation’s foundation. I’m sure Amazon, Pornhub, and the hundreds of other businesses that released #BlackLivesMatter statements of solidarity meant well. However, a tweet, email, or anti-racist toolkit is not going to make anyone view me—and treat me—as a human being, if they inherently believe I am inferior because of my brown skin and black features. Statements do not translate into equitable practices in hiring and nurturing qualified employees of color, especially in C-suite and other leadership positions.

Our newscasts and social media timelines have been inundated with images of police brutality, call-out culture, protests, and hashtags of various movements and murder victims. Racism, crises, and chaos are on display for the world to see. How will the superpower known as The United States of America face itself, its present social climate, and descendants? Maybe the answer lies in the past. The Pledge of Allegiance, originally written by Socialist Minister Francis Bellamy in 1892, today states, “One nation under God, indivisible, with liberty and justice for all.” The doors of the church are open. The Summer of 2020 appears to be a season of reckoning. This nation is on its knees. Maybe this time if it is honest with itself and adheres to its creed, the truth will indeed set us all free.