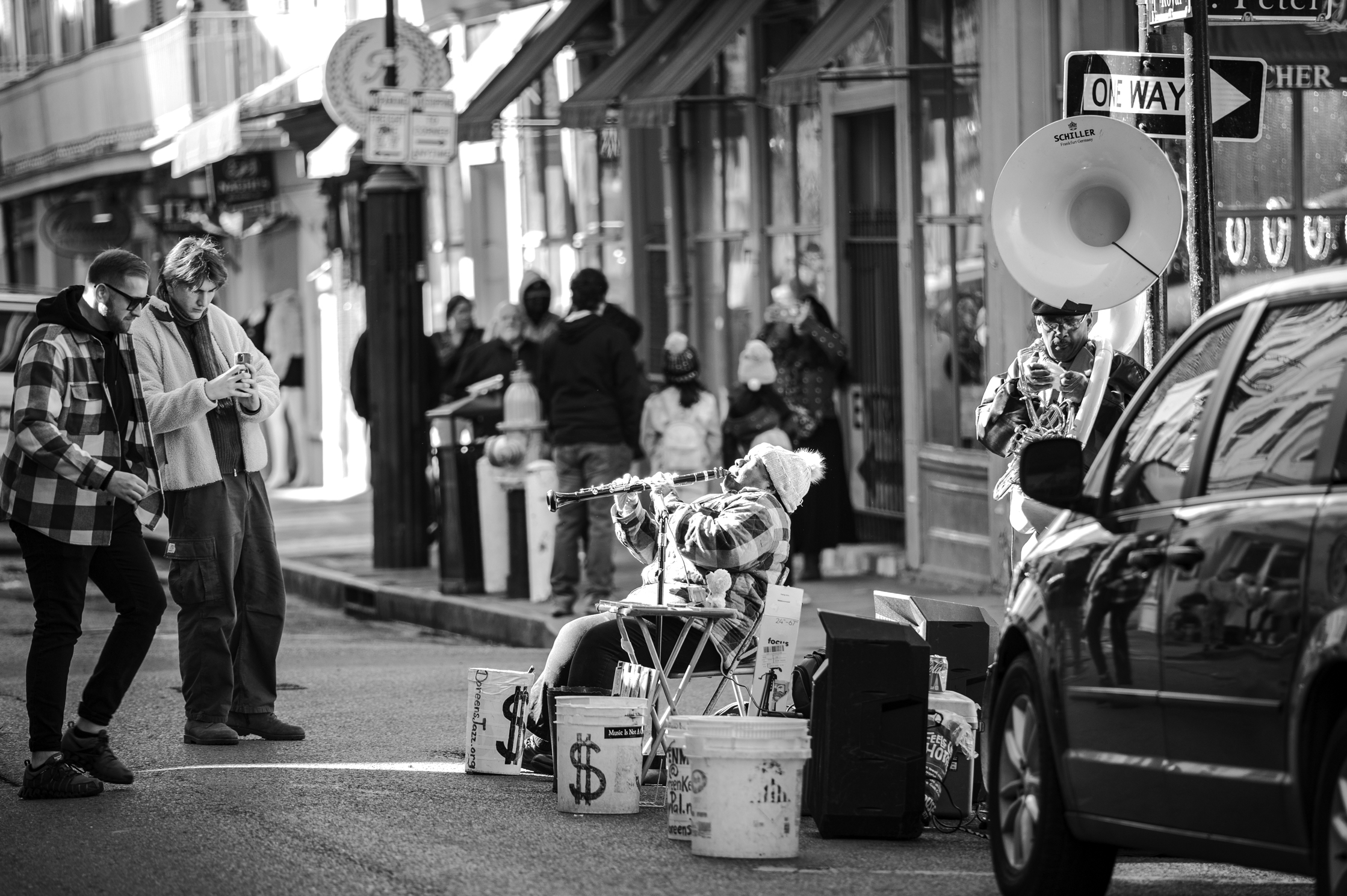 Beginning with the lingering impacts of Hurricane Ida and the COVID-19 pandemic and ending with the celebration of our 10th anniversary, 2022 was a year of achievement, re-evaluation, and expansion at MaCCNO. With the help of the community and the City Council, we successfully legalized outdoor live entertainment, one of our highest profile victories to date. With the generous support of the Kresge Foundation and Greater New Orleans Foundation, we are ending the year and beginning 2023 with more stability and greater capacity than we have had at any time over the past decade. Yet, we are also concerned that—just as we had feared—many of the underlying problems that caused the cultural community to undergo so much distress both before and during the pandemic are not only going unaddressed, in many instances they are getting worse. As we begin the new year, it is more important than ever for us to push for deep-seated, systemic change. Here’s how we are going to do that in 2023.

We’ve been working off and on to protect the integrity and existence of the Royal Street Pedestrian Mall—a crucial and globally celebrated performance space for street musicians and other performers—since we first learned of attempts led by Brennan’s Restaurant to permanently open the street to traffic in 2015. The most recent issues stem from a nearly three-year-long suspension ostensibly due to first the collapse of the Hard Rock, and then the onset of COVID-19.

However, the State of Emergency that prevented the street from being closed to traffic has long expired, and in April the direct action of a group of street musicians led to an announcement from NOPD that the Pedestrian Mall would officially be reinstated on the 25th of that month. Despite this announcement, barricades have almost never been placed to stop traffic, putting performers, service industry workers, and spectators at risk of being hit by a car or truck during the hours that the street is supposed to be for pedestrians only. Though the street remains unblocked, on more than one occasion performers who have attempted to create their own barricades have been threatened with arrest by several different law enforcement agencies, including one instance caught on video in late September where a performer was handcuffed and placed in the back of a patrol car (he was later released without charge) for closing the street to traffic.

Though we are working with numerous stakeholders to resolve this issue, as of this writing the Pedestrian Mall is in effect only on paper, and performers remain at physical risk from traffic and—though NOPD has notably confirmed all district officers are now aware of the Pedestrian Mall’s reinstatement—harassment from any one of the many other law enforcement agencies also working in the French Quarter, simply for trying to protect themselves where the City has not.

While the harassment of street musicians and performers on Royal Street alone is both significant and unacceptable, it is also related to a larger and more ingrained problem: A number of existing City ordinances criminalize cultural activity. Most notably, it still remains illegal to play a musical instrument in the streets of New Orleans between 8 p.m. and 9 a.m., an ordinance that multiple administrations have said is unconstitutional and that they wouldn’t enforce—but have neglected to take off the books. As a result, enforcement of the law still occasionally occurs, as evidenced by body cam footage showing an NOPD officer telling trumpeter Eugene Grant that “the reason that the police were out there in the first place is that it’s against the law to play music after 8 o’clock” after placing him in the back of a squad car during a widely publicized incident on Frenchmen Street in 2019.

It’s also a criminal offense to parade without a permit, to violate the noise ordinance, and to fail to stop a performance immediately if an officer has deemed that the crowd is blocking the public right of way. Each of these violations is a misdemeanor punishable by up to 90 days in jail. With nearly 10 law enforcement agencies working in the French Quarter alone—each with different command structures—verbal agreements that ordinances will not be enforced are not enough. They need to come off the books entirely. Our motto has always been “Music is not a Crime.” It’s time to make that a reality. No one should ever go to jail for playing music, especially in a city that prides itself on—and profits directly from—that music.

Undertake a Comprehensive Review of the City Code

More than just decriminalization, it’s crucial to take a look at the entirety of New Orleans’ City Code through a historical and cultural lens. For much of its history—Antebellum, Post-Reconstruction, Jim Crow—New Orleans’ legal structures were rooted in the system of white supremacy, specifically targeting Black, Indigenous, Immigrant, and other populations of color for discrimination and oppression. A number of ordinances crafted during this time are still on the books in part or in whole and continue to have negative impacts on cultural activity today. For example, during the rewrite of the laws governing alcoholic beverage outlets in 2019, we explained in this column how a law crafted in 1896—the same year as Plessy v. Ferguson—was still restricting music venues over 120 years later. Taking cues from the successful movement to end non-unanimous juries in Louisiana, we need to find, research, and remove these “legacy laws” that have been undermining culture and livelihoods for, in some cases, centuries. We won’t ever achieve full justice and equity without removing the rot at the base.

Each of these three areas of focus are connected—street musicians performing on the Royal Street Pedestrian Mall won’t be fully protected until culture is decriminalized, and the criminalization of the culture is a direct result of injustice built into the City Code—but they also show why systemic change is crucial. Unless we address the underlying structures in place, we will continue to fight the same battles over the Pedestrian Mall, over parade permitting, over the basic rights of expression, in perpetuity—which is ultimately a losing proposition. In 2023, it is time to take it all the way to the roots.

Photo: The Doreen Ketchens Band performs on the corner of Royal and St. Peter streets, December 2022. (Photo by James Cullen)