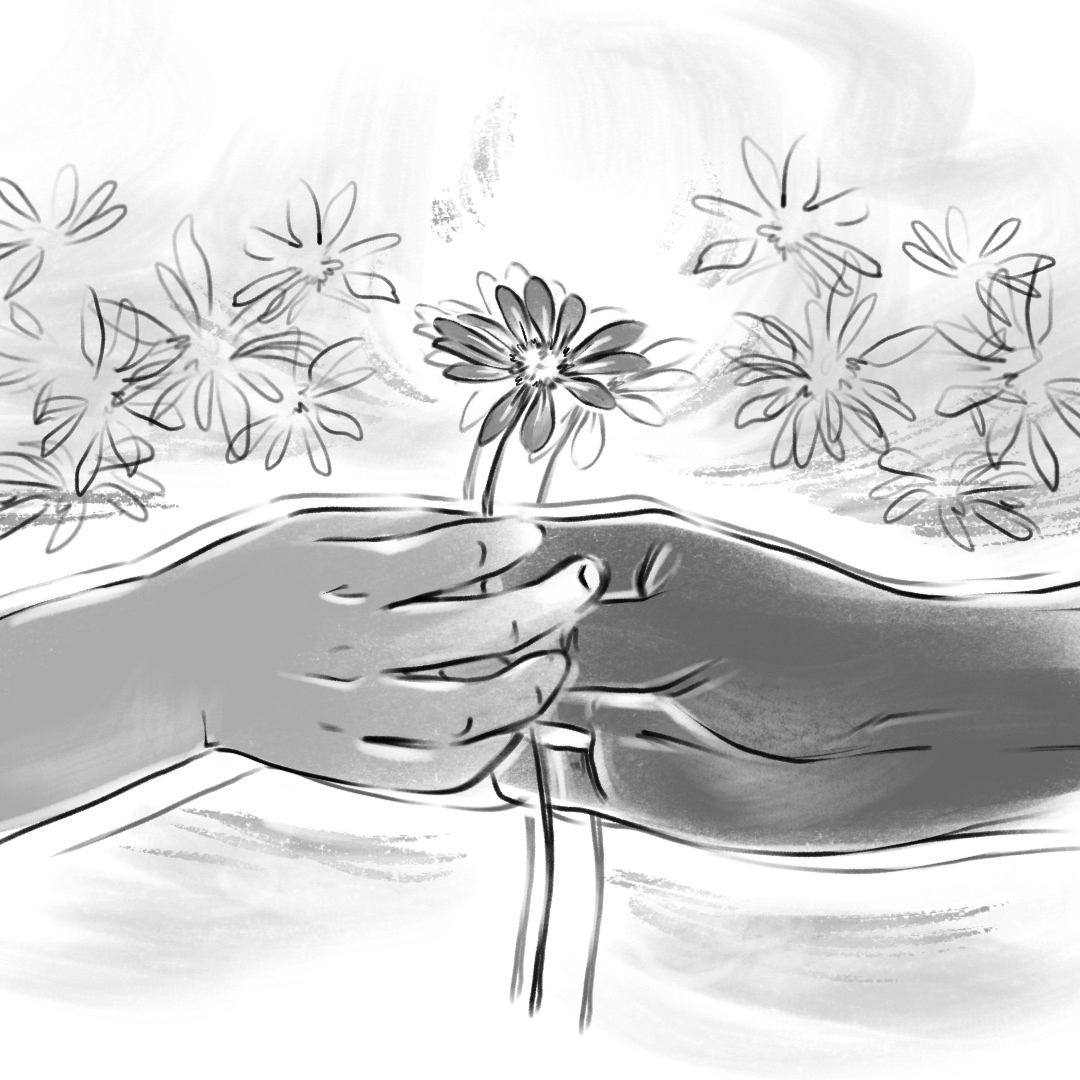 Christy Dixon is a restorative practices facilitator at an elementary school and a parent to three incredible kids. They live in River Ridge with their family and pomerweenie, Goobie.

Claiming the name “Moppa” as a parent to my children was less of an “aha!” moment and more of an “oh right, there it is” moment. I was known as “Mom” and “Mommy” to my teen son for 13 years before I became Moppa to my newborn twins in 2020. Their birth was not just a new beginning for them but also for me. A new chance for me to embrace my identity as a non-binary parent that I had longed for many years to fully claim.

When I became pregnant with my oldest son in 2006 at 32 years old, I could not imagine a world where it would have been possible for me to be called something other than Mom or Mommy. Sure, I knew people used many different terms for their genders outside the male/female binary. But, wasn’t that for the younger alternative types? Not for people like me? I was a butch lesbian trying my best to wrangle with the increased feminine identity that came with my growing belly. I actually really loved being pregnant. But I hated that aspect of it—the association with femininity and “woman.” I felt forced to fit into that mold so that the people around me were more comfortable. If I had a pregnant belly and maternity clothes, then my identity was less confusing for everyone else. The “problem” was then entirely internal and only my own. I was the one holding the confusion. To be clear, I was not at all confused about who I was. I have always claimed my non-feminine identity proudly. But what the hell was I supposed to call it? I resigned myself to my “mom-ness” for the sake of my kid, as well as myself if I’m being honest. After his birth, I was also struggling with postpartum depression and my emotional capacity to cope was limited. It was easier not to fight society.

I have very cherished memories of my son, as a toddler, running at me with arms wide open and calling out, “Mommy!” I would trade nothing for those memories. But I continued as a parent to struggle with that “mom-ness,” how I expressed my gender as a parent to him and to the world around us. Becoming a single parent when my son was 3 complicated this further. Dealing with things like being handed a rose at a Mother’s Day brunch while sporting a fresh fade and wearing a bow tie and slacks stung. I felt unseen in who I really was. The hurt was also exacerbated by the fact that I felt utterly stuck in that falsely-gendered perception of me, with no other options. In that moment of “here’s your rose, let me show you to your seat ma’am,” I would die a little inside. I felt unable to step up and say who I really was. Lack of courage? Maybe. But also, I definitely feared the consequences my son would face. I would overhear conversations among my son and his classmates when picking him up from childcare. “Hey, your dad is here,” his school friends would say. “I don’t have a dad,” he would reply. My stomach would twist into knots anticipating the feelings of the discomfort and suffering it would put him through to claim he didn’t have a mom either. The whole thing was just too heavy. So I put it down. I chose the path of least resistance and did the best I could do within those parameters. I spoke to my son often about the terms “dyke” and “butch.” It was important to me that he understood and appreciated the struggle of gender non-conforming folks, even if I hadn’t yet explained to him that I too was a part of that group.

In 2016 I met my soon-to-be wife, and then we were three. Building a family with her has been an essential part of my journey to becoming Moppa. She has shown me a path to being the most authentic me while still being a parent. We began planning for children not long after marriage and have welcomed into the family our twins, a girl and a boy (unless they say otherwise). Their arrival created a situation where family introductions and explanations would be happening even more frequently. Calling me “Mom” or “Mommy” suddenly felt wrong in a way it hadn’t when it was just me and my son. The path of least resistance was not an option any longer for me. I couldn’t let Mom/Mommy happen just because my teen son used that term for me. Our twins have an outstanding mother who deserves every accolade that comes with that acknowledgement. Additionally though, I am not a dad. The male/female binary has never suited me and I had to figure this out for my own mental and emotional health, as well as for my kids, so they would always know the importance of being true to yourself.

As they grow, teaching our twins who their parents truly are is something I put a lot of thought into. I started my quest for a non-binary parental term by researching ideas online. What were other non-binary folks using? I was thrilled about how many options were out there. I started trying on various names. Was I a Baba or a Dama? Would it feel right to have my kids introduce me to their significant others as Obi? What would it sound like if our grandkids called me O’pa? That one almost stuck, but in the end the name Moppa felt the most right: “Mommy” and “Papa” intertwined. I work with kids as a teacher and I am asked on a weekly basis, “Are you a boy or a girl?” My first response is always, “Does it matter?” Most kids say no and move on. Others are more persistent and really want to pin one of those down. My explanation then is I’m not a boy and I’m not a girl. I’m just me. I imagine gender to exist on a sliding scale and we are all somewhere closer or further away from boy and girl on this scale. Moppa is right in the middle, equidistant from both.

The longer I am Moppa, the more I love it. Our 2-year-old twins have started distinctly saying it and I melt a bit each time I hear it. My teen son adopted the name for me as well. I was concerned that the twins would be confused if they called their mother (my wife) “Mom” and me “Moppa” while the teen was still calling me “Mom.” But telling him that I would now be Moppa and no longer Mom/Mommy was difficult for me. I was ending an era in our lives. I felt like I was instructing him to change his perception of me, even though I was the same person. But I did not give him enough credit. Even at 13, he already had many queer friends. I wrestled with the anxiety I felt about telling him for a while before I got up the courage to do it when the twins were about six months old. I said to him, “I’ve decided I want to be called Moppa to the twins. I’m non-binary and it is a better fit for me. Do you think you can also call me that from now on?”  His response was, “Sure,” and he returned to his snack. It was far less climatic than I had anticipated. He has shifted to that term with very few mistakes in the two years since.

From that point on, I felt invincible. My kids and wife were all that I needed on my side to give me the courage to be exactly who I am everywhere I go. I now use the honorific “Mx.” at work and am very open about my non-binary identity. I don’t think it is accurate to say something like, “I wish I had done it sooner.” The journey to this point has been stressful and filled with anxiety. But the journey has also created the most perfect mold for me, one that I fit into on my own terms. It’s a way of being that sets the standard of self-love and confidence. If any of my three children find themselves to be gender non-conforming, I will have been an example of the self-love needed to claim and thrive within that identity in life. If that is not their path, I hope they will feel a kinship to the gender non-conforming folks they meet in the same way that others might feel when meeting someone that is from the same city as their parents. In the same way that tradition brings people together, I want gender non-conforming people to create that same sense of nostalgia for my children. I’ve only been Moppa for two years. But it’s become very apparent that it was meant to be. Bad Moppa jokes and all. 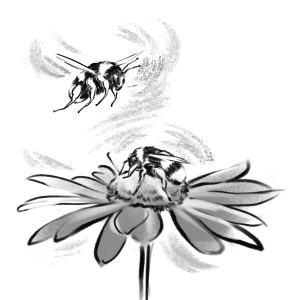