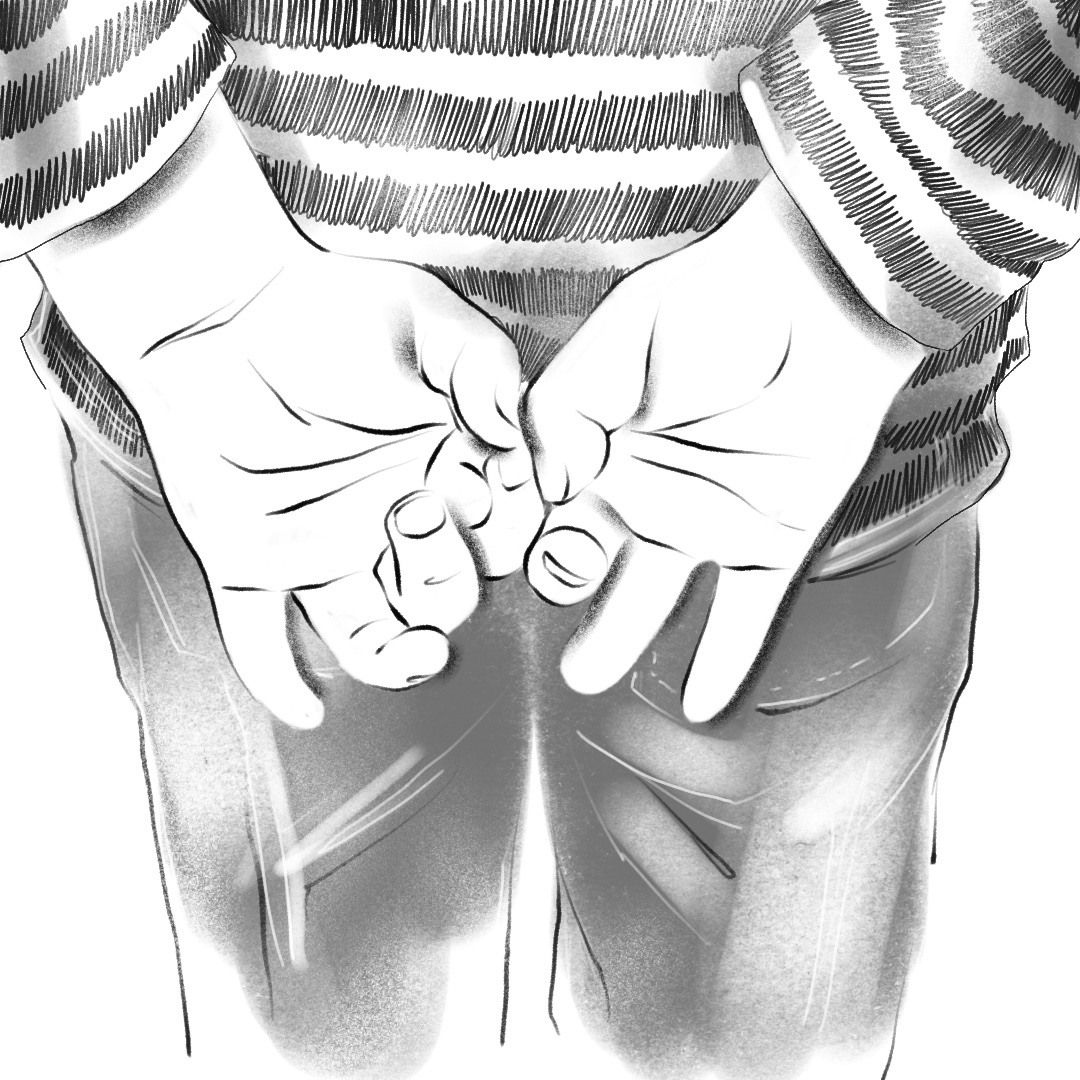 ANTIGRAVITY senior editor, freelance writer, rescue dog aficionado, and hobby baker Erin Hall previously penned the column Writing for Two, which focused on her experience navigating pregnancy and parenthood for the first two years of her first son’s life. She now coordinates and oversees our Raising Louisiana column and is passionate about giving voice to the diversity of parenting experiences. She lives in Algiers with her husband, her two young sons, and a sweet old lady dog.

Parenting is a beautiful, complex, heart-wrenching thing. Watching our kids struggle or hurt can feel so debilitating, even when we logically understand we can’t protect them from the world forever. But as they step into their own being, we often find ourselves grappling with challenges we weren’t ready for, uncovering wounds from our past that we assumed were healed.

So Bright
Watching our sons grow has been the joy of my life thus far. But as our oldest approached the doorstep of 5, we had noticed multiple things that made us wonder about the way his little brain works. We recently looked into having him evaluated for giftedness, which started us down quite a rabbit hole.

I feel like all children are wonderful and unique, but of course I’m partial to my own. I thought for a long time that the things I found extraordinary about him were just based on my borderline obsessive love for him. But when we put it all on paper, a clearer picture emerged.

He got potty learning down at a relatively young age (especially for a boy) and was speaking in full sentences almost immediately after he began talking in earnest at 18 months. He could count to 10 around the same time.

He remembers details from stories or conversations held months ago. His sleep has been trash since the day he got here, with him constantly telling us that he can’t turn his brain off to find a way to rest. He is inquisitive in a way that literally cannot be satiated. People joke about toddlers asking 100 questions a day, but that’s a light day for him. And the questions aren’t easy lifts either. He wants to talk about death, God, love—things far beyond his capacity to truly grasp.

When he started on early readers (you know, “The cat sat on the hat” and such) he zipped through them at a startling pace. Before we knew it, he was reading road signs and menus. He held in-depth conversations with adults that often resulted in people telling us he was “so bright.”

When considering what to do about his kindergarten year (what charter we may want to apply to, or if we want to keep him at the private Montessori school he currently attends) we decided having him tested would give us some baseline information to work from.

He can be quite affable when he wants to be, but he’s also been known to fully shut down in the face of the adult gaze. The first day at his current school, he literally growled at the directress, so we felt like there was a 50/50 chance he’d shut down entirely during the testing process. We were wrong.

The screening went very well and the psychologist who worked with him encouraged us to come back for the two-hour testing. She warned us that to qualify as gifted at his age (four years old at the time) he would have to test at the 99.9th percentile on the bell curve. That seemed insane to us and we asked her if it was even worth coming back. Based on her scoring, she put him in the 99.8th percentile and told us she felt strongly that we should return.

When we did return, he was eager to do more puzzles and tests and was charming and calm. When we were pulled into the room, the news was what we had expected—he didn’t make the cut. The preschool testing bar is so incredibly high and what they’re trying to identify is profound giftedness that may truly impair a child’s ability to thrive in a traditional school environment.

The testers encouraged us to return when he was wrapping his kindergarten year or rising into first grade, as the bar drops then to the 90th percentile. At that point, they said they expected he would “sail through” and be given an individualized education plan (IEP) that would help prevent him from getting bored with grade-level work. At four years and 11 months old, they charted his academic performance and cognitive ability as that of a six-and-a-half-year-old or first grader.

In many ways, the results were a relief. Profoundly gifted children often have incredibly difficult lives and struggle to relate socially with their peers. We didn’t feel like our son was in that category, but we did feel like he was progressing very quickly and we weren’t sure a traditional kindergarten would serve him well. In the end, I’m glad we went through with the process, but it has dredged up a lot of intense feelings for me.

Old Wounds Still Bleed
It might be helpful context to know that both my husband and I were classified G&T (gifted & talented) as children. Our chances of having a gifted child were somewhat high. But that’s not to say we wished for it. They say ignorance is bliss, and we’ve both found throughout our lives that our intelligence has been a two-edged sword.

In my very small town, there were only a handful of kids in the gifted program. We were pulled out of class weekly to engage in higher level studies, often garnering stares, resentment, and mockery from many of our peers. Being reminded to fill in the “special education” bubble on all standardized tests didn’t help us feel less “othered” either.

When I took the ACT college entrance exam at the age of 13 and scored higher than either of my siblings would as high school seniors, I felt excited but also like a space alien. Being a nearly-6′ tall, plus-size girl wasn’t enough—God also had to make my brain function differently and give me a nervous habit of running my mouth.

I’ve felt uncomfortable in my own skin for most of my life. Being singled out as gifted didn’t help the feeling of being “too much” for everyone around me. But when I was in our little computer lab-bus working on technical presentations in 6th grade or learning about the Roman system of governance and banking at the age of 12, I felt safe and in my element.

I firmly believe that my giftedness is closely tied to my generalized anxiety disorder and I have, at many points in my life, wished I was not the way I am. I see that anxiety budding in my son and I’m working so hard to equip him with the tools I didn’t have to combat the lies his brain will tell him.

And as young as he is, I’m already seeing the peer rejection and othering crop up. He invited his entire class to his recent birthday party. But a boy whom he thought was a friend told him that he wouldn’t be coming because my son was “not cool” and he didn’t want to attend his party.

My heart broke a little when he told me the story but I couldn’t let it show on my face. I couldn’t let him see every party invitation that never got put on my desk, every boy I ever had a crush on who looked at me like I was a circus attraction, every time a teacher complimented me only to have the students around me start to whisper and giggle.

We all want to protect our kids. But watching my son start down such a similar path to the one I walked has really rocked me emotionally more than realized. And I’ve found that the isolation and othering doesn’t stop with the gifted child—now I get to do it all over again as a parent.

All By Myself
On paper, everyone wants a “smart” kid, but it turns out that raising one can be very isolating. Oftentimes when I reached out to friends to discuss if what he was doing was normal, I was effectively accused of grandstanding or bragging. Eventually I just stopped talking.

I tried to join an online group for parents of gifted kids, but the only posts are people talking about their 3-year-old speaking Latin or their 5-year-old playing Mozart note-for-note. That is clearly not our journey.

As I mentioned, profoundly gifted kids have it especially rough. Oftentimes they are 2E (“twice exceptional”) which means they have both extraordinary ability and disability. Many have Autism Spectrum Disorder (ASD), Attention-Deficit / Hyperactivity Disorder (ADHD), Obsessive-Compulsive Disorder (OCD), or Sensory Processing Disorder (SPD) in addition to being gifted. Many of the groups I’ve found have been tailored specifically for supporting 2E kids, so I’ve yet to really find much support for parenting a more mildly-to-moderately gifted kid.

It’s also worth mentioning that gifted programs have come under a good bit of scrutiny regarding lack of inclusion and barriers to access. They are predominantly filled with kids from higher-income homes and skew heavily towards white and Asian students. Oftentimes, the onus to get kids tested and put into programs in the first place is on the parents, adding even more burden to the plate of lower-income parents.

To combat this imbalance, some school systems are looking to move away from “pull out” classes and enrichment for gifted kids and instead adopt “accelerated learning” for all which will, in the end, likely only do a disservice to both gifted and non-gifted kids in their schools. It’s an evolving conversation that is worth monitoring if you think your kid might need special attention to thrive as they move forward in school.

In the end, the best I can do is try to be there for my kid and not bring my own old baggage to the party. I continue to encourage him to pursue the things he’s curious and passionate about, cultivate social skills and strong relationships, and be in tune with his needs and desires.

I know that giftedness can help him excel in life, but I am also personally and deeply aware of the cost it sometimes comes with. Like all parents, I want the best for my child. I want joy and happiness and satisfaction and connection. I don’t want or need to live vicariously through him, but maybe, just maybe, little Erin can do some healing as we help him find the balance on this sword’s edge. 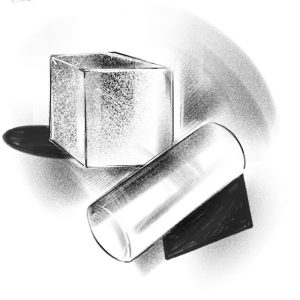