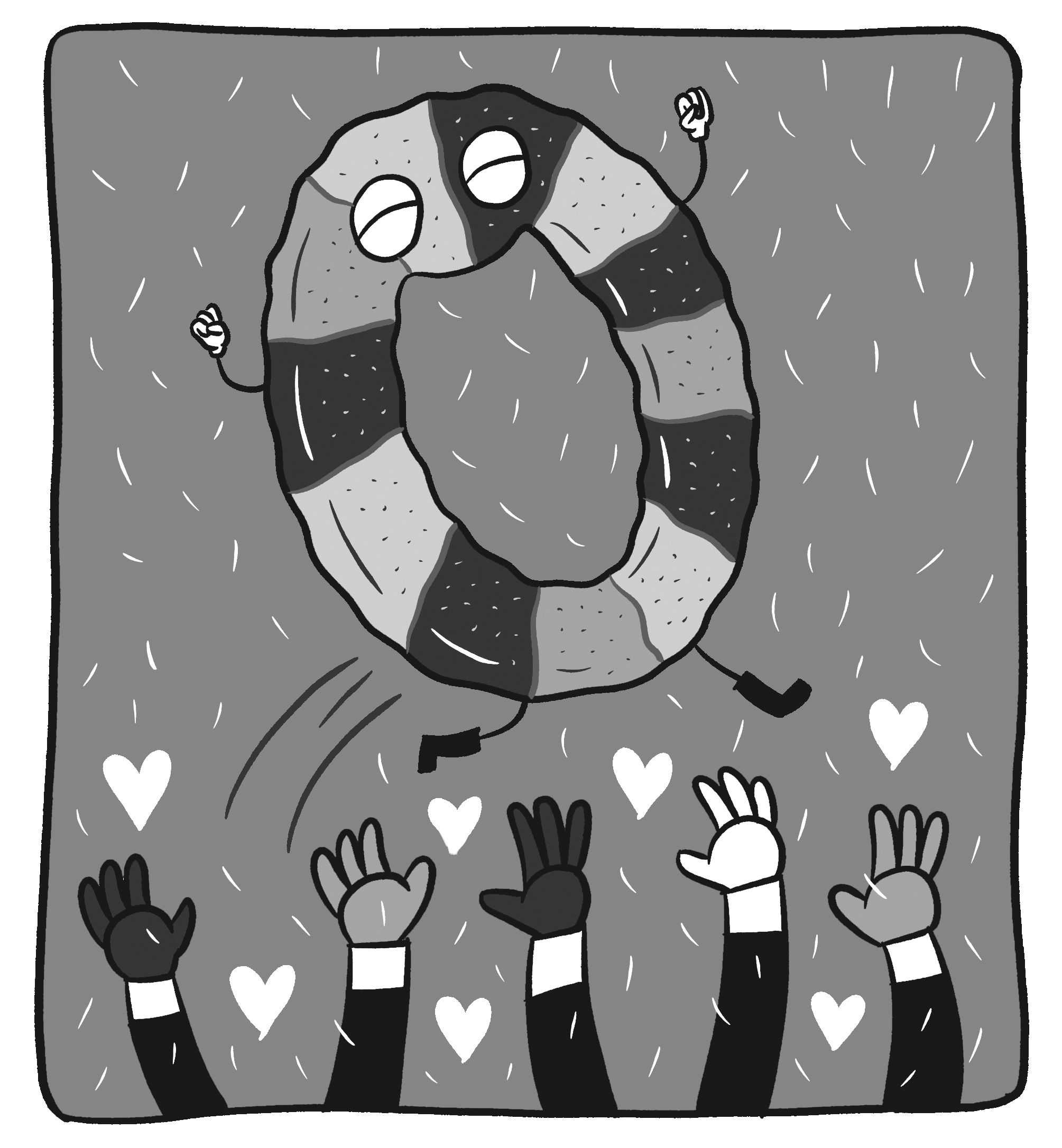 If you’ve been reading this column for the past five years, you know that my very favorite Mardi Gras tradition is eating the cream cheese-filled king cake from Dong Phuong (mentioned way back in my very first column in February 2015). Truly the stuff of dreams and legends—and unfortunately, increasingly hard to acquire these days as everyone else in the city seems to have caught on to my little secret. Sigh, how I miss being able to duck into the bakery, grab a cake, and go. This year, since Dong Phuong is so elusive, I decided to try out other people’s faves, and ended up with a long list of spots that were requested by friends and readers. It’s people’s choice this go round, so all the flavors I picked were likewise suggestions. I actually had a really good time eating at bakeries and trying fillings I never would have tried otherwise; it was great to get out of my king cake comfort zone!

Bywater Bakery
(3624 Dauphine St.)
Bywater Bakery has quite the plethora of king cake options, but I stuck to the suggestions I’d been given and ordered the pineapple and passion fruit as my sweet option, and a spinach and artichoke as my savory option. OK, let me be real with you: these don’t taste anything like traditional king cakes, nor do they have that classic king cake flavor (cinnamon and vanilla), but I figured as much when I saw those flavors! My sweet option had chunks of pineapple layered with passion fruit curd in a sweet brioche bread. Since you’re able to buy it by the slice, it works well as a fun and very tasty tropical breakfast pastry. The savory option reminded me of one of those pull-apart bread bowls: the filling is a salty, creamy, cheesy spinach and artichoke dip resting on a “cake,” which is really more of a french bread. And, hey, I am not mad at it. So, yeah, these aren’t really king cakes, and they probably aren’t going to scratch that itch, but they were really perfect pastries. I have no complaints. 9/10 But These Aren’t Really King Cakes Tho

Hi-Do
(439 Terry Pkwy., Terrytown)
I was told I had to try both the traditional and the cream cheese-filled cakes at Hi-Do. The traditional has a very classic taste, texture, and flavor. And when I say classic, I mean it’s an old-school, sugar-encrusted McKenzie’s style dry bread cake. While that’s never been my favorite type of king cake, I appreciate that Hi-Do’s doing it exceptionally well, and if that’s your thing, head over to Terrytown. For me, the cream cheese-filled king cake is where it’s at, y’all! Flavorwise, it’s very much like a cheese danish or a Wisconsin kringle, but inside a very nice brioche instead of a puff pastry. So delicious, and it makes a perfect morning breakfast king cake alongside some iced coffee. It’s hands down my favorite king cake that I tried this season, and I plan on adding it into my regular rotation. Be mindful that they only take cash, so hit up your bank before you stop in. It was so good, I had to go back to buy a large one to mail to my sister. Hi-Do’s king cake seriously tastes like home. 10/10 Trips To Terrytown

Breads on Oak
(8640 Oak St.)
Speaking of traditional, y’all, we have to talk about Breads on Oak. I absolutely didn’t expect the organic vegan bakery to be the one that busted out the most hardcore classic-tasting king cake out there. As mentioned before, the dry bread style of king cake is not my usual first choice, but I can appreciate someone doing it well. This is a cinnamon brioche-based cake, and well, it tastes like a king cake. It’s frosted and topped with pastel sugars, which always make things look fancy. I was impressed that they managed to do this vegan-style. And I loved that in the interest of sustainability and reducing plastic waste, they use an almond instead of a plastic baby. 8.5/10 Almond Babies

Buttermilk Drop
(1781 N Dorgenois St.)
I’ve had Buttermilk Drop’s king cakes in past years, but have only gotten the cream cheese variety. I was told I needed to try out the traditional. And y’all, it was so much cinnamon. Half of the cake had so much powdered cinnamon in between the layers I was literally taking bites of straight cinnamon! The other half was perfect and tasted like a giant cinnamon roll. The icing, as expected, was exceptional. Other than the weird over-spiced side, the overall taste was really classic. It’s not overly pretty, but it’s acceptable—bright sugars as opposed to the pastel variety—and the texture was great and well-balanced. In the future, I’m only getting the cream cheese one. 7/10 Cinnamon Challenges

Manny Randazzo King Cakes
(3515 N Hullen St., Metairie)
So many people told me that Randazzo’s was their favorite king cake in town, so I had to give it a shot. I got the traditional. Let’s talk king cake aesthetics: this cake has purple, green, and gold sprinkles! What fun. It’s cute in a rather midcentury kind of way, which is interesting because Manny’s has only been around since 1992. Of course, Manny claims to use the original Randazzo’s recipe from 1965, and the graphics on the packaging are likewise totally 1960s, which must be a way to remind the buyer of who’s the real Randazzo heir apparent (more on that drama later). This is a traditional king cake, just the right amount of cinnamon, soft bready texture, creamy sweet icing. It’s a no frills, nothing special, yet still very good cake. Also, with the packaging and sprinkles, this would be a fun one to bring to any mid-mod parties you may be invited to—it would look adorable on some atomic print plates (seriously, if anybody is having a vintage Mardi Gras party, for the love of all that is good and holy, invite me!) This is a solid, if somewhat uninspired, offering. 8/10 Sprinkles

Nonna Randazzo’s Bakery
(Multiple locations)
That’s right, I’m doing Randazzo’s again, but not because I’m lazy or because I don’t care about you. It’s because there are MULTIPLE RANDAZZO’S! And I don’t just mean bakeries in a chain; I mean there are separate Randazzo’s. Apparently, there was a Great Schism within the Randazzo’s universe (Randazzoverse?). And not unlike the split between the Roman Catholic and Eastern Orthodox churches of 1054 (or I suppose the split between the Roman Catholic Church and the Church of England of 1534), there are now two eerily similar yet diametrically opposed factions, each claiming to be the one true Randazzo. Manny Randazzo is (ostensibly) the heir to the true St. Bernard-bred Randazzo throne. Nonna’s opened in 2006 on the Northshore, but boldly claims to be “Home of the ‘Authentic’ Randazzo’s Family Recipe Since 1965.” Tricky wording, no? The two bakeries are unaffiliated except in name and in the histories that each tell, and they conveniently forget the existence of the other! I decided to visit the Chalmette location. Aesthetically, Nonna Randazzo’s cake is almost identical to Manny Randazzo’s: the only notable difference was in sprinkle type. Flavor-wise, it’s also pretty similar although not exactly the same. The texture is slightly different and the cake is a little drier. It’s still a cute, presentable, good cake but—and I know this could be controversial—Manny Randazzo’s is better. I’m sorry Nonna. 7/10 History’s Mysteries 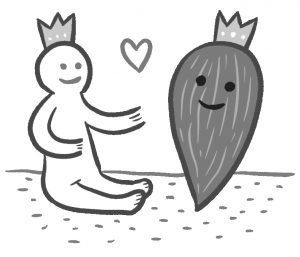