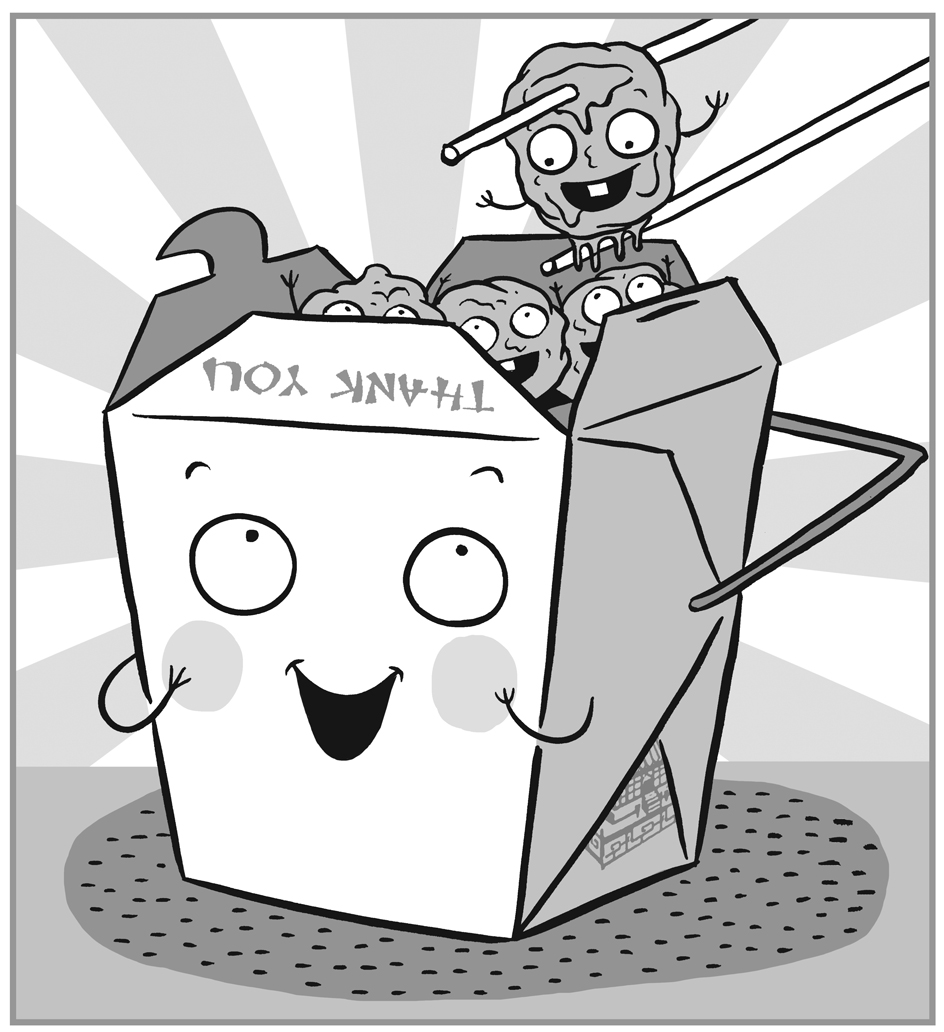 This is going to have to be another multi-part investigation, as there are so many Chinese restaurants! I tried to order a variety of dishes everywhere I went, but made sure to try the eggrolls and General Tso’s chicken at each place so that: 1) I’d have a baseline point of comparison, and 2) because I recently watched the documentary The Search for General Tso. Ostensibly a history of the dish, the movie turns into a tale of the myriad ways that immigrants have shaped American culture, and how some foods—like chimichangas, chow mein, vichyssoise, and yes, General Tso’s chicken—are purely American inventions. As the child of an immigrant myself, I’m especially grateful for stories about the blending and evolution of cultures, especially food cultures. Also, General Tso’s is basically just fried chicken in a sauce, which everyone knows is the best thing in the world. (Special shout out to Imperial Garden in Kenner, which I’ve already written about [ANTIGRAVITY #144, “Williams Boulevard”]. Y’all are still one of my faves!)

China Doll (830 Manhattan Blvd., Harvey)
Here’s the thing: I’m a lifelong fan of China Doll. I feel like I have to admit that straight away because this review is going to be biased. I don’t think the food is great necessarily, although I do think it’s very good. If I’m being honest though, I go to China Doll for the ambience. It’s an old-school tiki den in the middle of a strip mall. And I’d argue that they do the tiki vibe better than Tiki Tolteca (the themed bar above Felipe’s in the French Quarter). We’re talking old school exotica here. There are velvet paintings! Cocktails (which are listed as “Oriental Exotic Drinks”) come in tall skinny mugs featuring rather zaftig hula girls. There is wood paneling and lanterns covered with shells and stamped with seahorses! I recommend ordering a Mai Tai or a Tiki Bowl and then splitting the China Doll Tidbits appetizer: eggrolls, cho cho, beef stick, crab rangoon (they have bacon in them!), fried prawns, bbq ribs, and bbq pork—all served in this massive, entirely wacky ceramic dish that wouldn’t look out of place on a Brady Bunch trip to Hawaii. It’s so much fun. The crab rangoons are off-the- chain delicious and the eggrolls are also pretty impressive. As for main dishes, the General Tso’s here is just fine, but my favorite is the lemon chicken, which is just fried chicken strips coated in a sticky sweet, vaguely lemony sauce. You might as well order a lot, because the to-go boxes are red and gold. Seriously, if you like midcentury kitsch, you need to hit them up. It’s weird to discuss authenticity when talking about something that’s basically drenched in artifice, but China Doll feels genuine and earnest in a way that lots of places just can’t seem to pull off. 9.5/10 Seahorses

Jung’s Golden Dragon II (3009 Magazine St.)
Various people have told me to try Jung’s Golden Dragon; and, after trying it, I kind of wonder if they were trolling me. We ordered eggrolls, General Tso’s chicken, sauteed pork with Szechuan pickled cabbage, and beef with orange peel. Now, here’s the weird thing: everything tasted exactly the same. If you closed your eyes, the only way to tell the difference in anything was by texture. The inside of the eggroll was indistinguishable from the sautéed pork with cabbage. The beef with orange peel seemed to be hanging out in the same sauce as the General Tso’s chicken. It was really odd. Also, I never really comment on service because, hey, I’ve waited tables. It’s not fun (and I was horrible at it), so I usually just give waiters a pass. It doesn’t make or break my meal if someone isn’t the best, but in this case, I feel like I actually need to say something. The waitress commented on how much food we ordered (too much!), what we ordered (she actually dissuaded us from ordering a duck dish because we “wouldn’t like it”—but well, we didn’t like anything we actually did get), and then at the end of the meal, she forced us to box up our food (no one wanted to take their food, because no one liked their meal enough to want any more). In retrospect, it was probably good that she made us take the food; we ended up giving it to someone down the street, and it would have been trashed otherwise. So, OK, I’ll add a couple points to my rating for that. But seriously, no one liked their food, and one of my dining companions was seriously upset by the waitress’ running commentary. It didn’t really bother me that much, but it was definitely enough to make sure that, even if it was just an off night for the cook, I’ll never darken their doorstep again.2/10 Indistinguishable Meats

China Rose (3501 N. Arnoult St., Metairie)
For this one, I was fortunate enough to have a dining companion who is a longtime fan of China Rose and was able to guide our meal. She tipped me off that you have to ask for the Chinese menu when you go in. The American menu is good, but the Chinese menu is where you’ll find the more interesting fare. I’ve never been to China, so I obviously can’t speak to the authenticity of the dishes being offered, but I can say that it’s definitely different than what you find at most local Chinese spots, which is something I’m always grateful for! I love standard Americanized Chinese fare, but it’s so much more fun to eat something I’ve never had before. We ended up with the scallion pancakes, cold black fungi, beef and tripe with special sauce, and, of course, General Tso’s chicken and eggrolls (off the regular menu). Don’t order the General Tso’s here; there was absolutely nothing wrong with it, but the food off the Chinese menu was so much better. The beef in special sauce was truly something else—the sauce is spicy, sweet, and acidic. I don’t know what was in it, other than something vaguely citrusy. I should note that China Rose has a lot of vegetable and tofu dishes that I haven’t seen before, but that I’m very interested in trying (dry tofu skin with hot peppers, cucumbers with minced garlic, corn with pine nuts), so this could be a good place to hit up if you’re vegetarian and tired of eating the same old things. Actually, I guess, this would be a good place for anyone if they’re looking for something different than what they’re used to getting in New Orleans. 10/10 Cold Black Fungi

Red’s Chinese (3048 St. Claude Ave.)
Red’s is perhaps the antithesis of some of the other restaurants I went to. Instead of a more authentic Chinese food experience, à la China Rose, Red’s is pure fusion. In lieu of the flamboyant rococo tiki-ism of China Doll, Red’s is a stark minimalist box. I honestly didn’t know what to expect. Luckily, I went to Red’s with a group, so I was able to order a lot of food. We got craw(fish) rangoons, eggrolls, pork belly buns, kung pao pastrami, general’s chicken, and the bok choy. OK, let me get this out of the way: the eggrolls and bok choy were awful—I’m not sure what was going on with the eggrolls, as they were weirdly salty and the texture was off, and the sauce on the bok choy was inedible. But everything else was excellent. The kung pao pastrami is just as good as everyone says (seriously, I’ve had like ten people tell me I need to try it, and they were right). Who thought of this? I love pastrami but it’s never occurred to me to eat it in anything except a sandwich. It’s the perfect foil for chilis and ginger; it’s complex and fun! The craw rangoons had a good cream cheese-to-wrapper ratio, the general’s chicken totally leaned into the fried-chicken-in-a-sauce thing, and the pork belly buns were exactly what I wanted. Even though I wasn’t wild about the eggrolls—which is an issue that would normally be a deal breaker— it didn’t even matter. I can’t wait to go back. Oh, also, I enjoyed the music. 9/10 Stark Minimalist Boxes

Red Apple (1611 Franklin Ave.)
My favorite place for to-go orders. It’s fast, the food is consistent, and it’s really cheap (apologies to Yummy Yummy—you try, but you’re no Red Apple). Your mind isn’t going to be blown, but the eggrolls are decent, the General Tso’s is pretty good, and the steamed dumplings are surprisingly tasty. I’ve successfully fed three unexpected house guests and myself for less than 30 bucks. 8/10 Reasons To Drive Down Franklin Ave.