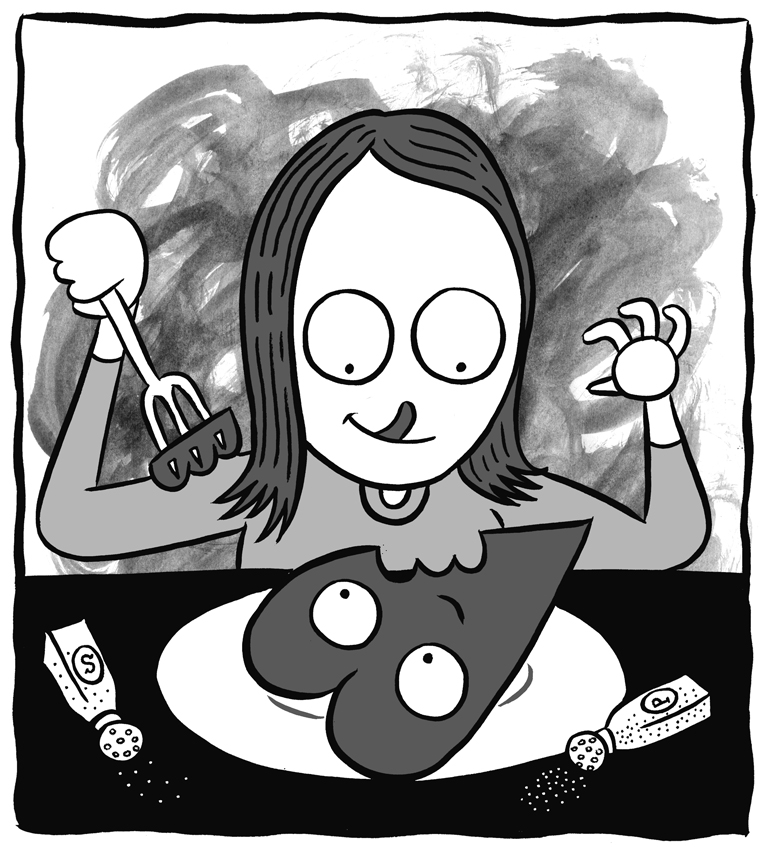 This month, I’m taking a detour from my usual quest for new and exciting spots to instead share some tried-and-true dishes from my favorite haunts. Nothing here is revolutionary, but hard times call for comfort food. Here are some of the best ways that I know of to eat your feelings. No ratings this month, as everything is a 10/10.

Pho Tau Bay (1565 Tulane Ave.)
ANTIGRAVITY has a bit of a love affair with Pho Tau Bay, it’s true. It’s a love affair long lived and well earned, although I do feel like I have to mention it, lest you question my journalistic integrity. But I promise that my bias is not without basis. The year that Pho Tau Bay was closed—after they shuttered their Westbank location and while they remodeled their new spot on Tulane Avenue—was one of the hardest of my comfort food-loving life. While there’s no dearth of Vietnamese options in the city, of course, Pho Tau Bay has been consistent and comforting for, literally, as long as I’ve been alive. I’ve had the same standard order since forever: BM7, which is the Banh Mi Ga Nuong, or grilled chicken bahn mi. And it’s still what I usually order when I wander over on my lunch break. It’s the quintessential bahn mi: the bread has a perfect, firm crust; the house-made mayonnaise is tangy without being overwhelming; and the peppers are hot, but not cruel. It’s a perfect light lunch. Unless, of course, I’m feeling decadent and can’t help myself, in which case I have to get the B7, the Bun Cha Gio Thit Nuong (pork and eggroll vermicelli bowl). And when I say “decadent,” I don’t mean like breaking the bank—I just mean that it feels utterly libertine to eat something so ridiculously delicious. Pork, egg rolls, vermicelli, cucumbers, lettuce, basil, cilantro, bean sprouts, peanuts, green onions, shallots… it’s just perfection. I love Pho Tau Bay and I bet you already do, too. But maybe you haven’t ventured to the new location yet. It’s definitely aesthetically nicer, and a good deal more convenient for me, but I do sometimes miss the old stripmall locale. Or maybe you’re new in town or you just haven’t tried them yet (for some nutty reason that I can’t even begin to imagine). Please take my advice and head over today. You can thank me later.

Taj Mahal (923 Metairie Rd.)
I love that Taj Mahal is relatively off the beaten track. Sure, it’s on Metairie Road, but it’s hidden behind a jewelry store and you kind of have to know what you’re looking for to find it. And then once you’re inside, the ceilings are low, the dining area is very intimate (read: tiny—although they did expand and add another room last year), and the music has been on a perpetual loop since at least 1995. There’s this one song, I don’t know what the singer is actually saying, but it sounds like, “and I-I-I-I am watching youuuuu…” that dirges on for roughly ten minutes, and has literally played every time I’ve ever gone there. There’s also a more upbeat jam that’s like “ana-shiby-a-ana-shi-by-a” that has a fun dance beat—but OK, enough about the music. The food is consistently excellent. I never order meat at Indian restaurants, so I can’t speak to the chicken tikka masala or the lamb korma (although friends have raved over them), but I’m fairly certain that I’ve tried every single item on the vast vegetarian menu. Yes, the saag paneer is exactly what you want from saag paneer (although I’m going to recommend that the next time you order it, you also order the kabuli naan, which is a dried cherry and raisin bread, a perfect blend of sweet and salty). The navratan korma is creamy and complex, and the mattar paneer delivers one of the most intriguing tomato sauces I’ve ever had anywhere. But the real standout at Taj Mahal is the dosa, a Southern Indian specialty. A dosa is like a giant, filled crepe made of rice flour. The fillings all seem to be variations of potatoes, onions, and butter—lots of butter. Dosas are accompanied by a thick coconut chutney. I don’t know what’s in the chutney; I simply haven’t been able to figure it out yet. Whatever is happening, though, is sheer wizardry, because it transforms the whole dish into something transcendent. It’s also served with a little soup that I think you’re supposed to dip the dosa in, but I don’t bother as it’s somewhat superfluous. Oh, also there’s a lunch buffet every day of the week and I really love a good buffet.

Domilise’s (5240 Annunciation St.)
There are probably better poboys somewhere in town (where? tell me!) but the fact is, I grew up a couple blocks away from Domilise’s, and they are the sandwich shop that I judge all others by. It’s also a great place to bring out of town folks who want an “authentic” New Orleans experience. And, well, everyone knows it. Shortly after Katrina, I ran into Anderson Cooper there. And when I say ran into, I mean literally: I bumped right into the back of a man holding two beers, he turned around, and yep, I just fell into an internationally-renowned journalist. And apparently, if we can judge by the signed photos on the walls, celebrities love this place, although Mr. Cooper is the only one I’ve ever personally seen. Domilise’s is a very small, fairly cramped space with wood paneling and drop ceilings. I don’t know if the owners still live in the apartment attached to the back, but they used to. I remember peering voyeuristically into their living room while sitting at the bar waiting for to-go orders when I was a kid. Back then, my favorite poboy was either a roast beef (my winter poboy) or fried shrimp (my summer choice). My tastes haven’t changed much and neither has Domilise’s. Roast beef with gravy and swiss is still what I want when the seasons slightly change and it’s 60 degrees outside instead of 90. It’s heavy and messy, and there’s something strangely comforting about eating lettuce drenched in gravy. The cheese is usually only partially melted, which gives it an interesting mouthfeel. Fried shrimp is, like fried chicken, one of the most perfect foods ever invented, and they do it right: crispy yet soft, lightly breaded, and not too salty. The ketchup-to-mayonnaise ratio is perfect, the pickles are the kind that come in big tubs (nothing artisanal or fancy here), but that’s what makes it so great. How is something so pedestrian so magical? Is it the Leidenheimer bread? The shredded iceberg lettuce? I don’t know and I can’t know. That’s what magic is, right?