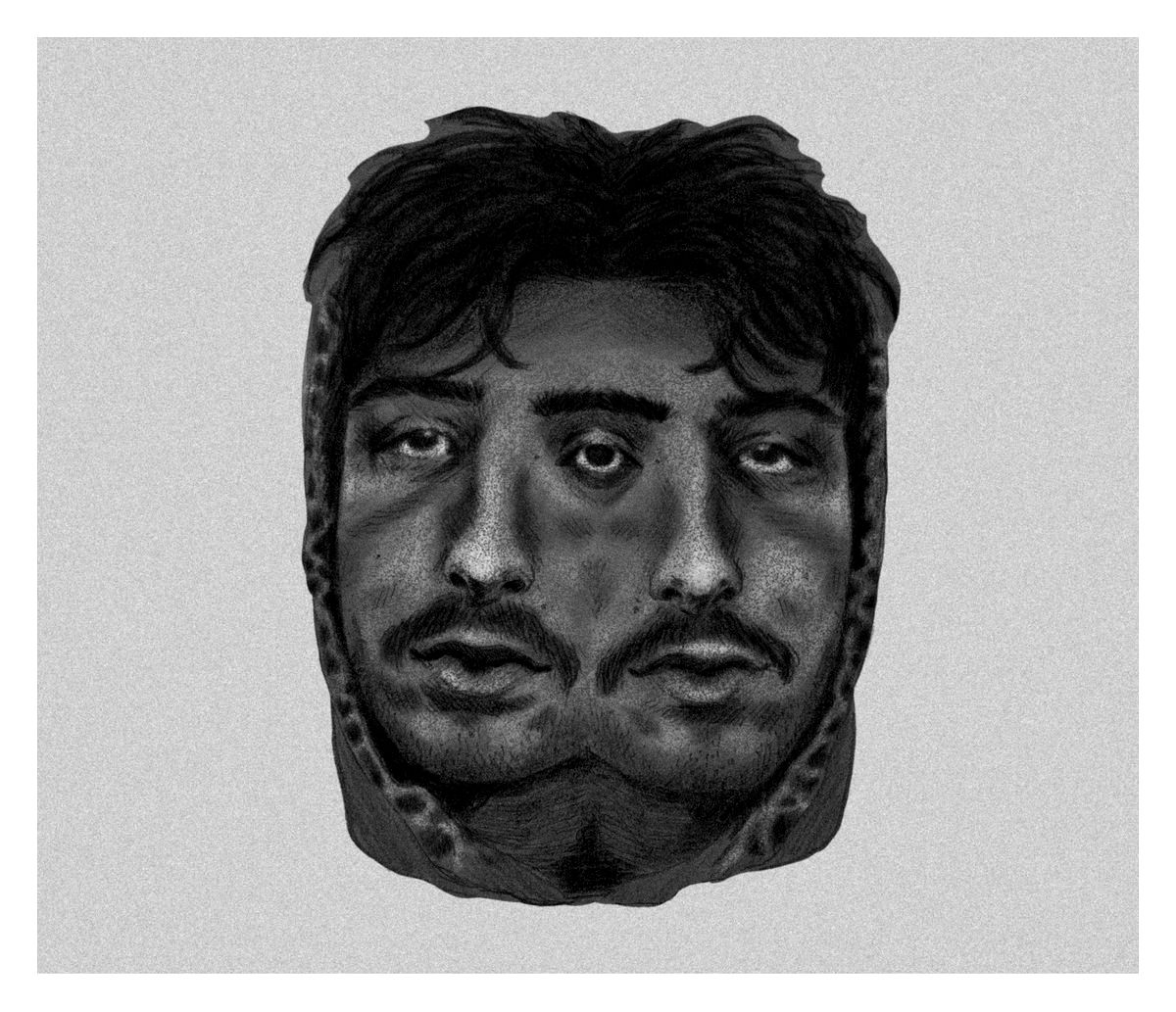 Feck—known to some as Eric Arnouville, but adapting a Dennis Hopper-inspired nom-de-plume from the 1986 film River’s Edge)—doesn’t think many things are a big deal. On any given day, you might find him on Instagram Live, somehow chatting with Troma CEO Lloyd Kaufman as the B-film director and his wife make dinner, thanking Feck for his support. Another day you’ll see self-proclaimed party king and philosopher Andrew W.K. Twitter ranting against a video Feck made saying that the singer is a fraud with various body doubles. (Bonus: Feck does quite a seductive cover of W.K.’s “I Came for You” on his early 2020 release This is From Lenny.) Flip over to the Travel Channel where ghost hunters have picked up a video of Feck reading the entire Spiderman script, only to be visited by the paranormal (Only a cool 11,000 people tuned in to his YouTube read through… NBD).

In August, Feck dropped five hours of lo-fi music on YouTube and that wasn’t a big deal either. Ever so modest, Feck claims: “It’s not that exciting. I work on it with my down time and don’t release a lot of it. There are a lot of samples and loops throughout, so it takes a lot of the edge off. I can just sit down at the computer for a few hours and have something to show for it. After a while I thought it’d be funny to compile a lot of it to parody one of those ‘lo-fi chill beats’ videos. It teeters the line of relaxing though, and there are a few spooky or intense moments here and there. There’s not much more to it than that.” Of course he’d say that. And it’s impossible to believe the anime-at-a-dorm-room-desk aesthetic applies to this artistic ringleader.

This summer, Feck released what was technically his 41st album with barely a peep (although he considers it his second official release after last year’s South Wayside and 45). Aptly titled The Album Plays Itself, all of his work is recorded with a Samsung Galaxy S9 and a cheap Yamaha Ltd. run through a Focusrite he found in the trash. Say what you want about a guy who stumbles upon music equipment in the garbage, but Feck accomplishes quite a bit from his green-screen-painted domicile in the suburban flatlands of Metairie. (His walls are literally jungle green, which may or may not serve a function as a cinematography background whenever the situation calls.)

The DIY kind of multi-instrumentalist was once a NOCCA summer camper who apparently has no interest in learning more of the guitar and avoided formal learning altogether. His large brown eyes give him the air of a serious auteur, but this writer can’t help but wonder how much of what he says is true or if he’s just pulling one’s pigtails. Influenced by the experimental sounds of Yoko Ono (who he will defend to the death) and Talking Heads, Arnouville states: “I started playing piano as a child on a small plastic keyboard that probably had like 25 keys on it. I eventually got a bigger one and started playing on that. My one and only tactic when learning was to avoid learning. I listened to songs I heard on the radio (or whatever I was listening to) and tried to figure out the notes by ear. Eventually I could play songs I heard on the piano with ease and even make them sound however I wanted them to sound. That’s what I do now, at least. I play most things in a bluesy fashion, though I’m not really well-versed or trained in any particular genre.”

When pressed for details on how he is always creating, Feck insists through thick, newly bleached blonde hair that it’s not that complicated. But the quality of tracks like the lushly layered “Dedo” (off South Wayside) and the recent “I’ll Be Back” say otherwise. All done through the free audio interface LMMS (formerly Linux Multimedia Studio), a cross-platform digital audio workstation, Feck’s homemade sounds meet all the prerequisites for Spotify distribution. (LMMS hails itself as the “Swiss Army knife of music production;” and Feck’s music, like “Dead Golf Balls,” sounds as if it was recorded in a much more sophisticated studio than an emerald green suburban bedroom.

For all the fly-by-night production tactics and video pranks, Feck equally turns out some truly haunting and resonant songs. He can make you laugh and his piano playing might even make you cry—suggesting he is more classically talented or serious than he lets on. In “Now Is All We Get,” an eerie reminder of the isolated times we’re living in, he sings in a sad and sincere voice, “I’m in here alone again / I am totally, completely wrong / And I’m thinking that now is all we get.” 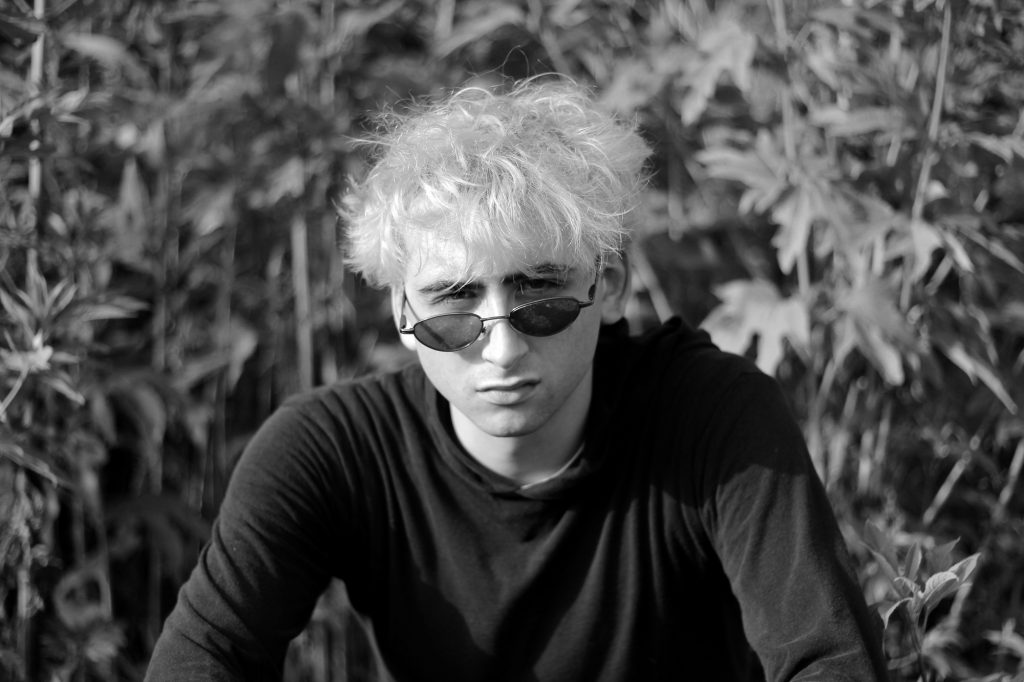 For current info on Feck, visit feckmusic.bandcamp.com; for a complete archive of over 40 past Feck releases, check out feckarchive.bandcamp.com. Photo by Peter Hoffpauir