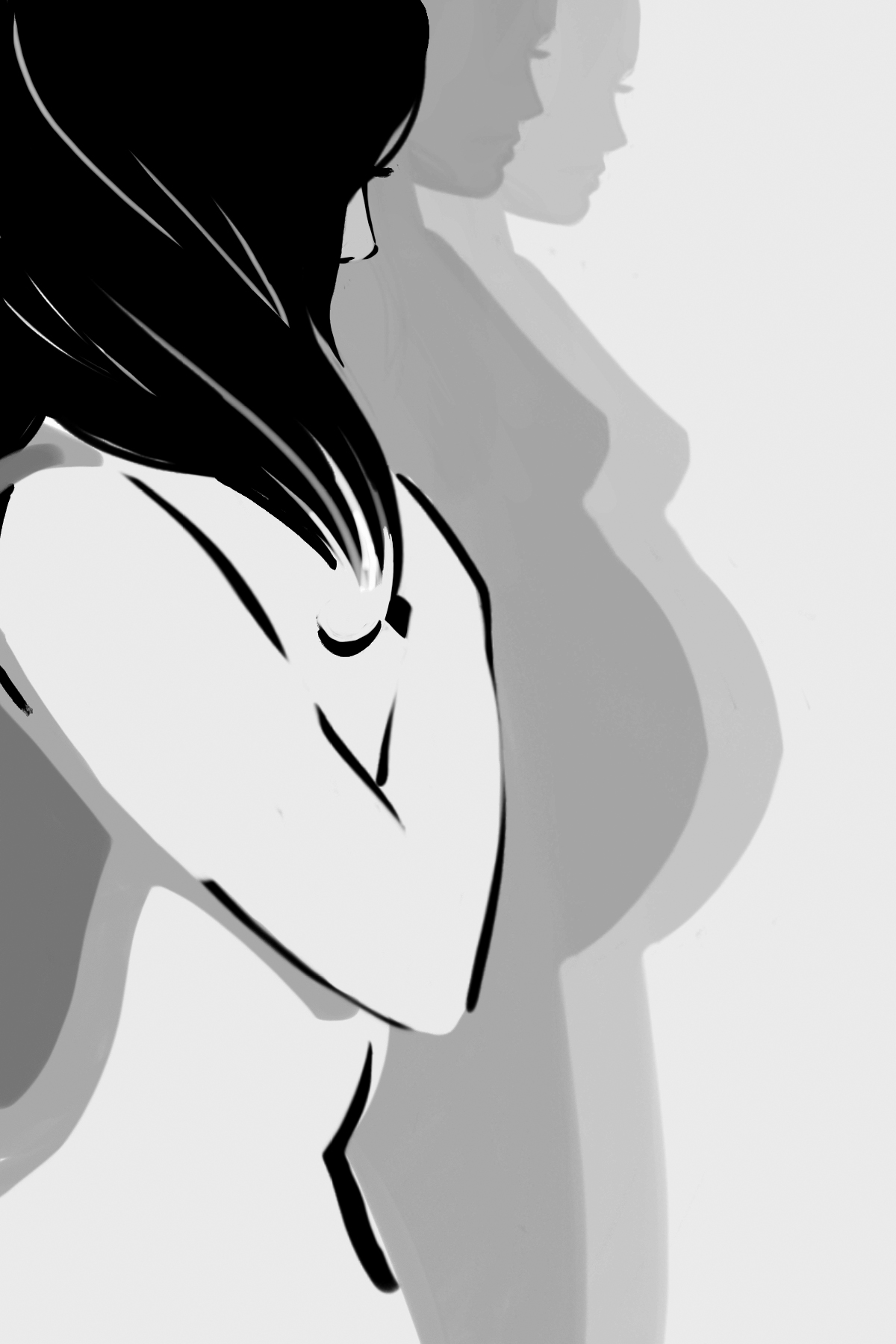 I had a lot of friends warn me that having kids would mean losing myself for a little while. It happens in varying degrees to everyone—moms and dads alike, birth parents and adoptive parents… it’s really universal. But I don’t think I could have fathomed the ways being a mother would change me. Sometimes I just feel like a completely different person, walking around in an “Erin suit,” and it took me this long to come to terms with that.

Truth be told, it probably took me longer than most parents. But my recovery was complicated. (If you’ve never read my column before, my father died suddenly and shockingly in the immediate wake of the somewhat traumatic experience of my son’s birth). Still, I seem to have found my way back. But things look a little different than they once did.

This struggle is pretty particular to the parent that births the child, but man do they undersell what having a kid does to your actual flesh and bone. Bless every woman who had a dozen kids before birth control was a reliable thing, because this is not easy. I am nearly 23 months postpartum with my son Emmett and I am still feeling the physical effects from carrying and delivering him.

The “new you” that stares back in the mirror after having a baby is a hard pill to swallow. And no amount of dieting or working out is going to make you “bounce back” like celebrities appear to do after giving birth. For us peasants, the harsh reality is that your body will never be what it was before that kid.

Now, that’s not to say it’s wrecked. In many ways, the women I know are stronger for having had kids. Sure, they’ve got more stretch marks and they may carry their weight in new spots. And many of them have achy bits that didn’t ache before. But most of them find a renewed spirit for self-care when they emerge from the fog of childbirth and those exhausting infant months.

Beyond the physical impact, parenthood also changes you at a cellular level. Things that never scared you before become terrifying. I’ve always struggled with anxiety, but that fear has tripled since having my son. I worry about him falling just the right way on the stairs and ending up paralyzed. If he sleeps too late in the morning, I stare at the monitor intently, worried that he’s stopped breathing sometime in the night.

Then there’s the more intangible elements that are impacted. So much of what made me “me” before I had my son was the fact that I stayed busy all the time. I went and went and went like the Energizer bunny. My calendar was always packed to the brim, and somehow I managed to execute it 95% of the time. Blame it on my Capricorn nature.

Before I had Emmett (and even through most of my pregnancy), I was incredibly active. For my Mardi Gras dance krewe (The Sirens of New Orleans), I attended two practices each week and signed up for any and every opportunity to dance in parades and at events. I regularly went out to see live music. I kept up with the newest albums from all my favorite artists. We went out to eat regularly and stayed abreast of everything happening on the local food scene. We weren’t “go out and party until 2 a.m. on a Tuesday night” people or anything, but we got around.

Once I hit that tough third trimester though, all bets were off. And then once I gave birth, and subsequently lost my father, any motivation I had for leaving my bed—much less my house—seemed to vanish. Those infant months are a gauntlet as-is, and the added trauma and depression I experienced were enough to make them feel like a death sentence.

For the entire first year of my son’s life, he struggled with sleep, therefore I did too. I had to fight daily to keep my milk supply up so we could keep breastfeeding. The antidepressant I was taking kept me from coming apart, but it also caused me to gain weight and left me feeling somewhat flat. There were lovely high points of course, but the totality of that first year was a sleep-deprived haze.

When he finally started sleeping through the night around the one-year mark, things got a bit better. But if I’m being honest, it took until he was 16 to 18 months old before I felt like I had recovered from the difficulty of that first year. They say it takes 18 months to physically recover from childbirth, but I’d argue it takes that long to recover emotionally, as well.

I tried to “get back to myself” when my son was maybe 9 months old. I started going back to rehearsals for my dance krewe, but I felt out of step and just generally an outsider looking in. Despite being a seven-year veteran, I felt like I had no one to talk to. A whole new class of members had arrived and undergone their inaugural season while I was away, and none of them knew who I was. By the same token, some of the women I had paraded with for half a decade had decided to retire from the krewe.

Sirens had been a place where I had found refuge and joy and a sense of place, and it seemed like it was just gone for me. I spent the entire season fighting through feelings of inadequacy and unbelonging, not to mention the overwhelming emotional baggage of trying to get used to my new “mommy” body in my costume. But I pushed through, because under all that awkwardness, dance is such a huge part of who I am, and I had to make sure I was honoring that part of me.

After a hard-fought season, I completed three full Mardi Gras parades with zero physical issues. I was so proud of myself that I truly can’t describe the feeling. My approach to being a Siren is different now. I have to stretch a lot more; I have to drink more water and take more short breaks on the route; I have to drill choreography harder and longer to really get it to stick in my brain. But I found a way to make it work, because I didn’t want to lose a part of myself that I’ve treasured since I was five years old.

I had similar experiences trying to jump back into the other hobbies and pastimes I loved so much before having my son. I have always loved cooking, but finding the motivation to bake piles of goodies when you’re nursing around the clock and never sleeping more than 90 consecutive minutes is a hard sell. When my son self-weaned at 16 months, though, I finally felt like I had time and energy to cook again.

Even better, I found a way to involve my son. He loves nothing more than playing my sous chef. “I cook!” he insistently squeals, as he drags one of our dining room chairs to the kitchen so he can stand at counter height with me. We started small, by letting him hold a wooden spoon and bowl and mimic what I was doing. These days (he’s just shy of two years now) he happily assists in moving things from the cutting board to the dish, seasoning, and stirring.

Cooking with my mother is a source of fond childhood memories for me, and I love that my son will have that too. He enjoys cooking with his dad and me so much that we’re even getting him his very own wooden play kitchen for Christmas. It takes a lot longer for me to cook a meal or bake a pan of brownies than it once did, but the trade-off is worth it, to sit and watch my son’s imagination go wild as he cooks us a “chee-buger” or shakes “back peppah” on everything.

Lastly, I was finally able to find my way back to one of my deepest loves: music. If you’ve read AG for more than the last few years, you probably recognized my name more for album reviews and artist interviews than anything else. Writing about music has been a deep passion of mine for a very long time, but that fell to the wayside during that difficult postpartum period.

In the last two months though, I’ve dug out of my hole and immersed myself in a dozen new records. I’ve attended two live shows, and gotten a very tangible reminder of why those things were always so important for me. Music fills me up. It gives me a sense of purpose. It provides me with energy. And that love affair is something I’m happy to be kindling in my kid.

While we spend plenty of time listening to Daniel Tiger and Raffi, he enjoys “real” music too. In fact, he often gets demanding and will follow me around the house shouting “Juice!” until I turn Lizzo on for him to dance to. He can identify the sounds of unique instruments (his favorites right now are drums and trumpets) and he has an instant visible reaction when he hears music being played. It would appear it’s in his bones like it is in mine.

I’m not the same person I was before I had my kid. I guess you really can’t go home again. But you can make a new one. So I dug down deep and dusted off those pieces of myself that are non-negotiable. And I found them not quite the same, but still there for me.

I can’t show up for every Sirens event anymore, but I can carve out a little time to do the big ones. And I can wave to my kid from the parade route, knowing that he’s turning to his dad to excitedly say, “Mommy dance!”

I can’t make puff pastry from scratch or spend hours making an elaborate multi-course meal. But I can make a “spooky snack” to send to school for Halloween and let my son help. Or I can allot an extra ten minutes in my meal prep so he can stir the potatoes to his heart’s content.

I can’t go to every show that blows through town or spend an hour lying on my floor listening to records by myself. But I can get a babysitter and go see a local band I really want to support. And I can put on Motown on a Sunday morning while we build block towers.

When I consider how long it took me to get to this place, the fear of having a second child bubbles up. As we get closer and closer to our “start trying again” date, I find myself feeling apprehensive. Am I terrified that having a second child will throw this all into a tailspin, and I’ll be back at square one, feeling like a stranger in my own skin? Sure I am.

But then I remember that there is no constant in life except change. Children change us—down to the very fabric of our existence. And if we let it, that tide can overtake us. It can rob us of who we were and what we lived for. But only if we let it.

Parenting is hard, but some of the strongest people I know are the ones washing bottles, kissing bobos, and wiping bottoms. It’s easy to lose yourself in the service of a helpless, demanding little human. But try to remember that what makes you “you,” is what makes you a good parent. Share your passions with your kids, and find a way to nurture them while honoring who you truly are. 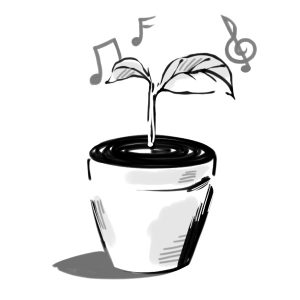