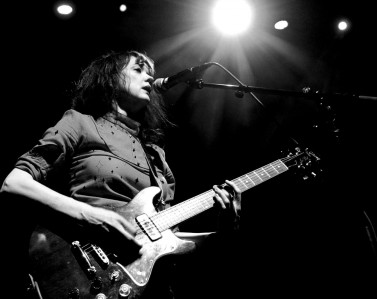 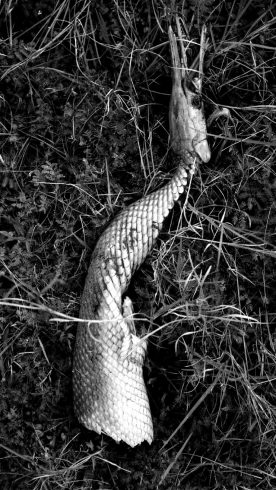 Breonne DeDecker and Darin Acosta, aka The Airline is a Very Long Road, are relentlessly interdisciplinary. Over the past year I have seen Airline include writing, projections, audio, film, and photographs. Their essay-length guides to lesser- known parts of Louisiana include research, reporting, and a bare, sharp narrative. DeDecker, in her words, was “born near the headwaters of the Mississippi River and now resides at the end of it,” and Acosta is from Norco. Their elegant photographs and reporting capture southern disintegration without idealizing it.

There’s something about immersing yourself into a place, devoting yourself to it, that has very specific literary and musical connotations. Airline shares a place in my heart–and in my esteem–with Joan Didion, William Faulkner, Bessie Head, Bruce Springsteen’s Nebraska, and certain Neil Young songs. The common thread here is transforming “living somewhere” from the passive to the active. It’s an artistic move from citizenship to stewardship.

Airline’s mission focuses their expansive project: they are committed to finding Louisiana and showing Louisiana. From the abandoned socialist utopia of New Llano to the aftermath of Hurricane Isaac in Plaquemines Parish, it’s a strange landscape. Deep into the age of rebranded neighborhoods (or “colonial hipster mayhem,” as Acosta puts it) we need bold, curious artists to navigate.

I talked with DeDecker and Acosta about the history of their project and their upcoming show.

What is The Airline is a Very Long Road? How did the project begin?

Darin Acosta: Airline is a research project that loosely centers around industrial development in the Gulf South. We use multiple mediums— such as videos, photographs, maps, screenprints, and remixed oral histories—to construct a broad narrative about the region’s industrial growth and decay. The project began as a punk band called Small Bones. We were beginning to feel a little stifled by the range of creative expression (and data analysis) that the band allowed. While some of us turned to PhD programs and gardening, two of us decided to drill deeper into the themes that our lyrics explored: urbanization, environmental racism, gentrification, etc.

DA: It’s a lyric from a song I wrote about a dude who’s hiding along Airline from a roving gang of vigilantes. They finally catch up to him and drag him out into the swamps around the southern rim of Lake Maurepas, where they rough him up pretty thoroughly and leave him for dead. Half conscious, he crawls on his elbows and knees along Airline to seek help, and as he’s crawling, he looks down the highway, and it just goes on forever. I think Breonne decided that the lyric should be our official project title, back when we thought we’d be focusing exclusively on Airline. 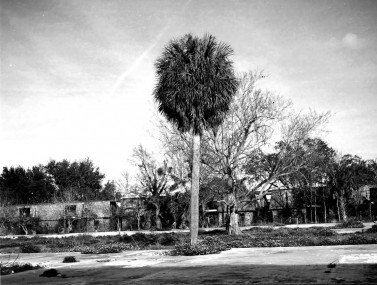 Breonne DeDecker: I was drawn to that phrase because it encapsulates how I think and feel about southeastern Louisiana and the American south as a whole. The Airline is a Very Long Road, to me, evokes traveling through not just a defined geographic space but also time. I remember in high school how history books would always have infographics where important events would be plotted out linearly– first this happened, then this happened–to illustrate cause and effect, or the rise and fall of an empire. I wanted the name to have similar linear connotations- the idea of a journey with no end in sight, where I could plot out both large themes and small moments, and explore how they interface.

Airline started as a punk band, and you’re showing at the Community Printshop, which has strong ties to punk, queer, and radical culture in New Orleans. To what extent are you part of these communities? How much is your project or point of view informed by your participation in them?

BD: I’m a member of the Community Printshop, which is an organization I’m really excited to be a part of. We’re a collectively run screen printing shop and darkroom that is open to the public and runs various community programs. Although much of who I am is directly informed by DIY punk and radical communities, Airline grows out of some darker influences, which primarily have to do with growing up in places where radical communities did not exist. I grew up in a part of the South that was heavily impacted by racism, classism, sexism, and religious fundamentalism. Much of the counterculture was very nihilistic and angry, and oftentimes only compounded the structural violence surrounding me. Airline is partially about exploring that reality rather than existing within the blossoming radical community of New Orleans.

DA: All throughout high school, New Orleans punk rock allowed me to essentially take night classes on things like urban exploration, identity politics, and anti-war organizing. That entire experience of early-2000s punk rock had its own distinct aesthetic. Breonne and I became friends in our late teens, when we both had more access to those kinds of spaces, and I think we do tend to transmit a degree of punk nostalgia through the things that we produce. So while Airline is borne from a pretty complicated intersection of identities and experiences, I do feel that punk constitutes a significant part of its DNA.

Do you consider Airline to be an artistic endeavor, a community organizing endeavor, a storytelling project,

DA: For me personally, it’s a freeform research project. If it’s got a community organizing dimension as well, that’s great! But probably incidental. I grew up in a town where the oil industry was extremely visible, and it affected the way I view the world very deeply. Ever since I was a kid, I’ve been trying to externalize that. But I do think that other people’s stories get wrapped up in my own, and social justice themes come out of it; and I definitely welcome the times that we’re able to educate others, or allow them to express themselves through the infrastructure of our project.

BD: In the beginning, Airline functioned as a structure through which I gave myself permission to do whatever research I felt like doing. I tend to be a pretty scattered researcher and get excited about tons of different epochs, events, and theories; so Airline became a place where I could explore the relationship between, say, exploitative industries in Louisiana during the Reconstruction era and post-Katrina disaster capitalism in a format that isn’t as restrictive as academia. The same goes for my photography. My experience in art school was heavy on the idea that all of your images should easily be digested as a cumulative narrative. In spite of that, or maybe because of it, I am more attracted to work where the narrative is slightly hidden, where the agenda is murky. I agree with what Darin says, that the organizing aspect of it is present but not the goal. Much of what we tackle is political, since economies and labor are inherently political, but Airline is primarily about creating an imagistic narrative of these larger social concepts. 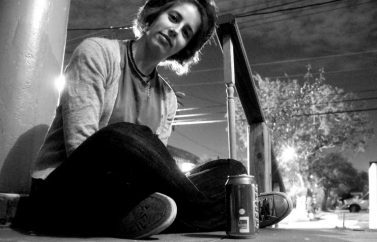 What are some things you have done lately?

BD: We’ve been writing a few journalistic articles for a blog called American Guide [theamericanguide.org]. We recently did a piece on the Plaquemines Parish town of Ironton’s fight against the proposed RAM Coal Terminal. We also have a short film in production, but we’ll hold off on sharing too many details, since we don’t know them ourselves.

DA: Outside of the darkweb, you can find us around town doing assorted things. We’ve given a panel discussion, denounced capitalism to a high school class, and will likely be screening movies and speaking to audiences in other forums as well.

For this upcoming exhibit at the Print Shop, what types of media are you including?

DA: We’ll be mounting lots of beautiful photographs, maps, and screen prints; screening a few short films and some choice raw footage. And on opening night, our good friend DJ TV will be spinning some freaky ambient shoegazey stuff.

DA: I’ve spent my entire life being awed by this region, to a point that I find it a little frustrating. It’s so depressingly beautiful and absurd that I can’t handle it. When I was a kid, my sister and I would frantically share our observations about the things we saw, and it gave me some comfort to know that I wasn’t the only one witnessing the dead alligator, or the giant smoke stack, or the decrepit Scooby Doo stripmall. The itch to share that kind of thing has been with me forever. Airline provides a format that is at once structured and nimble enough for me to scratch that itch.

BD: So much of Airline deals with themes of contemporary decay, but the actual way the South looks and feels currently is not exactly what I am interested in talking about. Where we are now is the result of an accumulation of social, political and economic paradigms, and how those paradigms interact tends to enforce or replicate problematic results: environmental degradation, poverty, social strife, and political disempowerment. What we are witnessing is part of a larger tradition of how the South has been organized for hundreds of years, and that relationship is the core of what Airline is to me… There are two books that have really influenced the way that I think about Airline: Human Smoke by Nicholson Baker, and Imperial by William Vollmann. Human Smoke is a pacifist history of World War II, mostly composed of small diary entries, bits of telegrams, and short newspaper articles that show the escalation of violence in multiple geographies. It reveals the deliberate decisions that people in power made to escalate violence against civilians, and how those decisions reverberated and translated into further miseries, repression, and pain in Europe, the Middle East, and beyond. Imperial grapples with themes of colonization, environmental engineering and how Manifest Destiny has translated into desolate suburban sprawl in broke, isolated communities. Both use fractured narrative styles that appeal to my own aesthetic and way of thinking about history. This show is a work in progress, a first attempt at creating a space that weaves multiple vignettes from disparate locations and generations to say this is the house we live in, and here are the walls history built around us.

The Airline is a Very Long Road presents: Reflections on a Late Industrial Louisiana opens Saturday, March 8th at the Community Printshop, 1201 Mazant St. The show runs until Friday, March 28th, with open hours on Tuesdays and Thursdays from 6pm to 10pm. Check verylongroad.com or airlinehighway.
tumblr.com for more information.