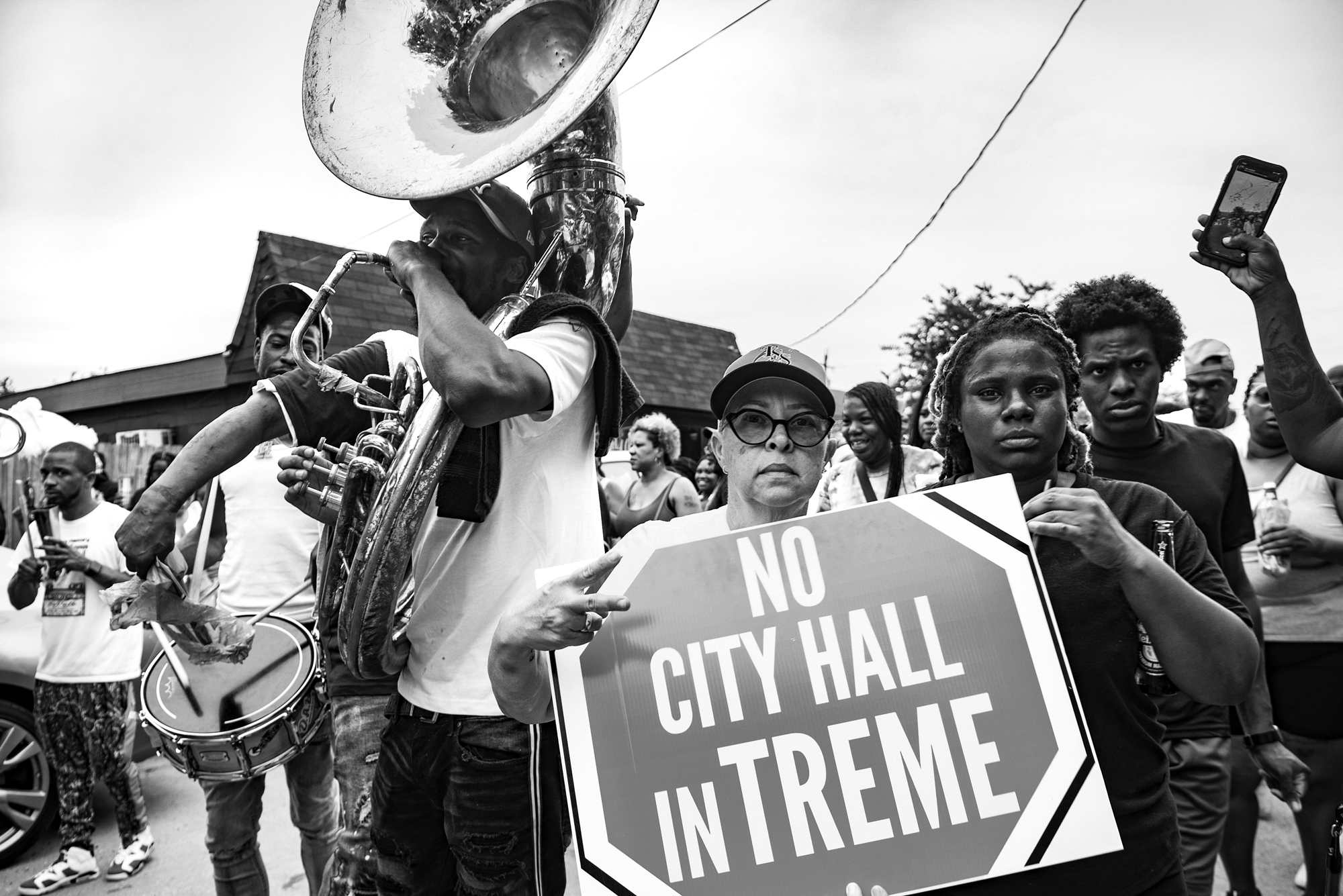 Community members march and dance through Treme during a pop-up second line on June 15, in protest of Mayor Cantrell’s plan to move City Hall adjacent to Congo Square. The second line was organized by members of the Save Our Souls Coalition, including the Ole & Nu Style Fellas and Treme Sidewalk Steppers, which are two of the largest social aid and pleasure clubs in the city and were founded by Treme residents. 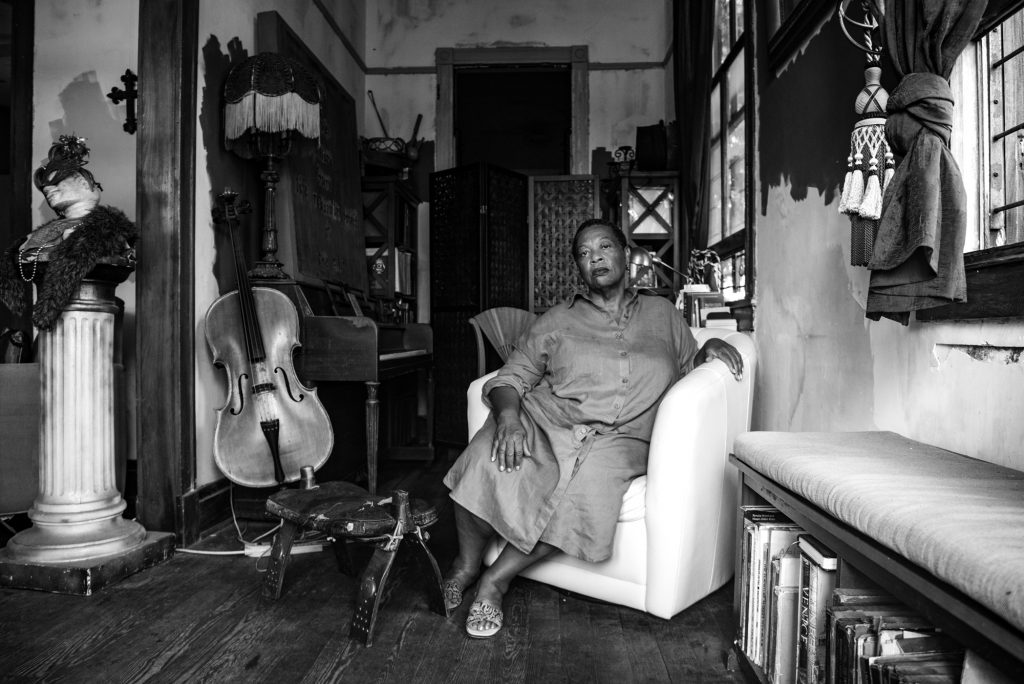 Amy Stelly in her grandfather’s Treme home where she was born and raised. Stelly is a collaborator in Save Our Souls, a coalition of Treme activists and community members who organized a wide-scale movement in opposition to the relocation of City Hall to the Morris F.X. Jeff Sr. Municipal Auditorium in Louis Armstrong Park. 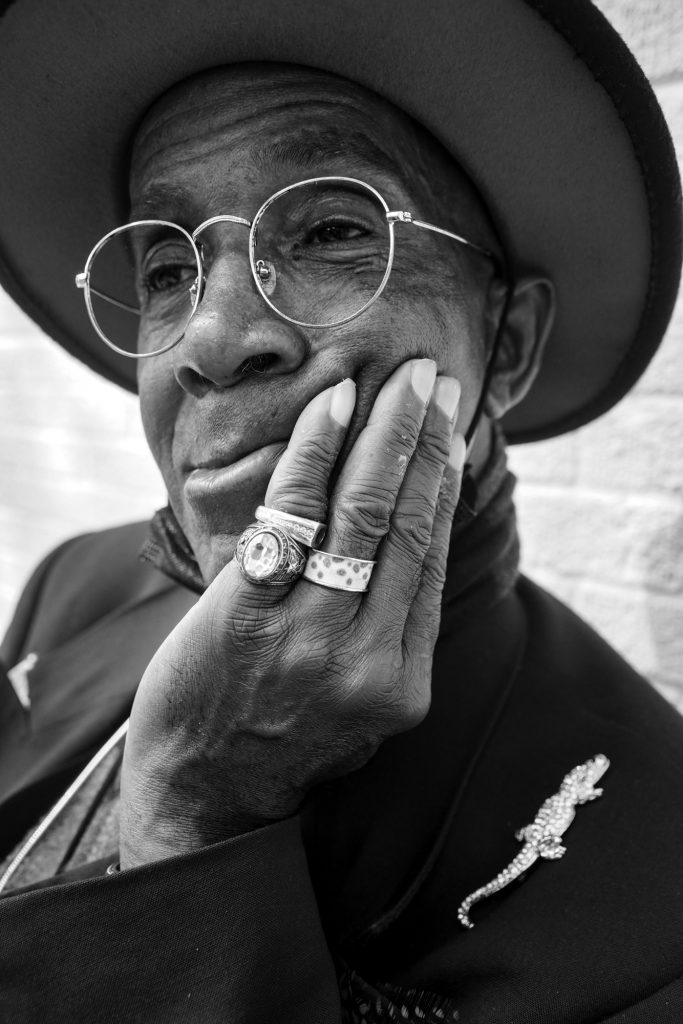 Legendary Louisiana folk artist Welmon Sharlhorne, who taught himself his craft while in prison at Louisiana State Penitentiary (“Angola”) for more than two decades, on Esplanade Avenue.