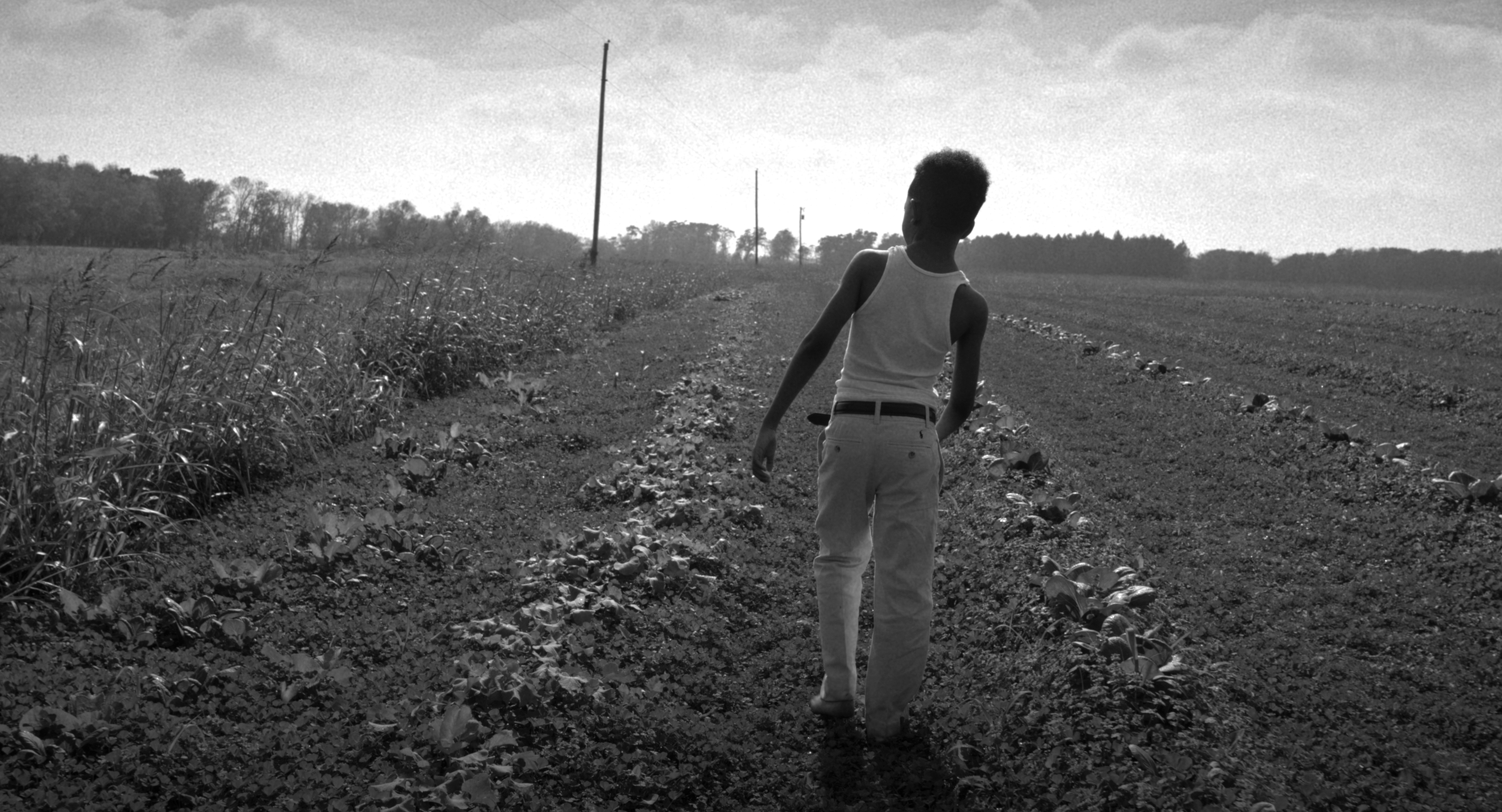 At 19 years old, Phillip Youmans’ career as a filmmaker is just beginning. He started writing the script for his first feature length film, Burning Cane, during his junior year of high school. In April, the film premiered at the Tribeca Film Festival. Aside from the film earning top prizes at the festival—including Best Narrative Feature and Best Cinematography—Youmans is the first Black director to win the festival’s prestigious Founders Award, as well as the youngest director to ever appear in the Tribeca competition. The film was recently acquired by Ava DuVernay’s independent film distribution company Array and is slated for release later this fall.

As the centerpiece film of the 2019 New Orleans Film Festival, Burning Cane offers audiences a haunting portrait of familial turmoil, violence, and addiction. Set in rural Louisiana, the film is buoyed by the bold performances of Wendell Pierce, a charismatic pastor with an indelible bitterness, and Karen Kaia Livers, a devotee of the church faced with a difficult decision. It’s a dark and slow-moving film with a dramatic conclusion, cementing Youmans’ place as a promising young filmmaker with a talent he has only begun to tap.

When did you first realize you were interested in filmmaking?

When I was eleven or twelve I started acting, and I guess I got a feel for how the set moved and what the director did, what the cinematographer and the A.D. and all those roles did. Then I started making my own shorts, a ton of them on a monthly basis. I didn’t release all of them. Burning Cane was the first festival submission I ever went through with.

I’d like to hear about your early experiences of being exposed to film. I know you’re a fan of directors like Terrence Malick and Paul Thomas Anderson, and I’m wondering how much time there was between you being introduced to their work and you making your own films.

Honestly, the first filmmaker that really captured my interest was Stanley Kubrick. He was the first dude that made me think, “Oh snap, films are not just some form of escapism. They’re a real, moving art form.” That realization happened watching films like Full Metal Jacket and Barry Lyndon. That stuff was really, really tight. One of my first films ever was based on a kid who was obsessed with watching 2001: A Space Odyssey. It was a pretty direct thing, finding these filmmakers and experimenting with my own style. It was all around the same time, like towards the end of middle school. But taking it really seriously didn’t happen until right before Burning Cane. I started to realize that if I actually wanted this stuff to be good I had to work on it like a job, to take it seriously.

I grew up with my mom and my sister. I played sports. I was on the football team freshman year of high school, but then I realized I was not into it at all. I decided film was all I cared about. I wish I had not even started that team. I felt like playing football was something that I should do, and that was part of a toxic mindset.

Do you feel like your experiences in high school were different than your peers?

[Ben] Franklin is a great school, but I always did feel like a bit of a loner over there. My best friend ever, Mose Mayer, who is also a producer on this film, went there. He was really my only consistent friend. Then the other half of the day, when I was at NOCCA, I made all these friends who are all still my friends to this day. Most of the friends I met at NOCCA were outside of my medium. They were in visual art, dance, creative writing. NOCCA was a great incubator not only for great artists, but for fascinating people. NOCCA is a dope spot.

How did working with actors like Wendell Piece and Karen Kaia Livers impact the direction of the film and your role as a director?

Bringing Wendell on elevated the professionalism of everyone on our set, straight up. Not only is he a phenomenal actor, we were all very, very aware of the fact that his involvement raised the stakes of the film in the best way. It made it so it felt like, at the very least, someone would see it. Kaia is also pheneomenal. All the other actors were amazing.

Can you talk about the importance of presenting Black characters as fallible?

My intention with every piece is to humanize the Black experience and showcase us as fallible, making sure that humanizing lens is always there. I believe that that lens is always best communicated through a Black voice.

Do you feel like you identify with the characters or lifestyles depicted in Burning Cane?

From an upbringing standpoint, growing up in the church and having a very singular-minded, all-encompassing institution so prominent in my personal life, definitely. As far as the trials and tribulations of Daniel and Jeremiah, the intensity of the relationships is nothing that I’ve personally experienced.

The film could be read as a critique of the church. You’ve stated in past interviews that while you’ve personally distanced yourself from the church, there are still aspects of the institution that you appreciate. Can you talk about this?

I grew up in the Baptist church, but I have distanced myself. I realized there was so much about the church that I fundamentally disagreed with. That being said, I did not want Burning Cane to be defined by my personal differences with the church. If I’m attempting to humanize these characters, the entire film wouldn’t be a device for an anti-church commentary. There are certain things I still appreciate about the church—like gospel music, which I think is one of the most beautiful, uplifting things. The community organizing and the feeling of family amongst Black folks, there’s really no sort of institution within Blackness that serves the same purpose, at least to the same extent. But I do think it’s what upholds and sustains a lot of traditional, antiquated values within our community. I do think it is a means to control people, which is why I no longer consider myself a Christian or a Baptist. But Burning Cane is not a film meant to be defined by that in any way.

How do you feel about people’s reaction to the film? What were your expectations?

It’s fascinating. It’s art, so it’s subjective and open to anyone’s interpretation. It’s hard for me to put too much energy into other people’s reactions. I do have to say I feel mad fortunate. That people are reacting at all is a blessing, but at the end of the day I just have to be my own artist.

What are your thoughts on the film culture of New Orleans?

I think New Orleans is a hotbed for artists. Some of the greatest artists in the world come out of New Orleans. It’s a community town that looks out for their own. It’s such a fortune to be from there. Everywhere else, nothing has the same flavor. It’s hard to compare. I feel like you have to digest everywhere else in the world from that lens when you’re from New Orleans. I think being from New Orleans gives you an upper hand wherever you go. I thoroughly believe that.

Considering you premiered your first film before you were out of high school, what are your thoughts on the merits of film school?

I don’t know, man. If we’re being honest, I feel like if you don’t have technical experience or access to gear, it makes sense. I don’t know how much debt I want to go in for film school. Instead I feel like it might be a better use of resources to just go out and make a film. But opening up your mind to a world that is intellectual, taking classes outside of film, will make you a better director.

You’re working on a narrative feature about the Black Panthers in New Orleans back in the 1970s. What can you tell me about this project?

I’m in the early stages of development, and I just teamed up with a producer. I can’t really get into any specifics yet, but I can tell you I’m super stoked about it. It’s a dream. I’ve wanted to make this film since before I made Burning Cane.

What are you most excited about in regards to the upcoming New Orleans Film Festival?

It’s a ridiculous blessing. I feel incredibly fortunate that this film is ending in New Orleans. It’s our last stop. It feels super cathartic, that we’re ending where it all began. It feels so good to bring it on home.