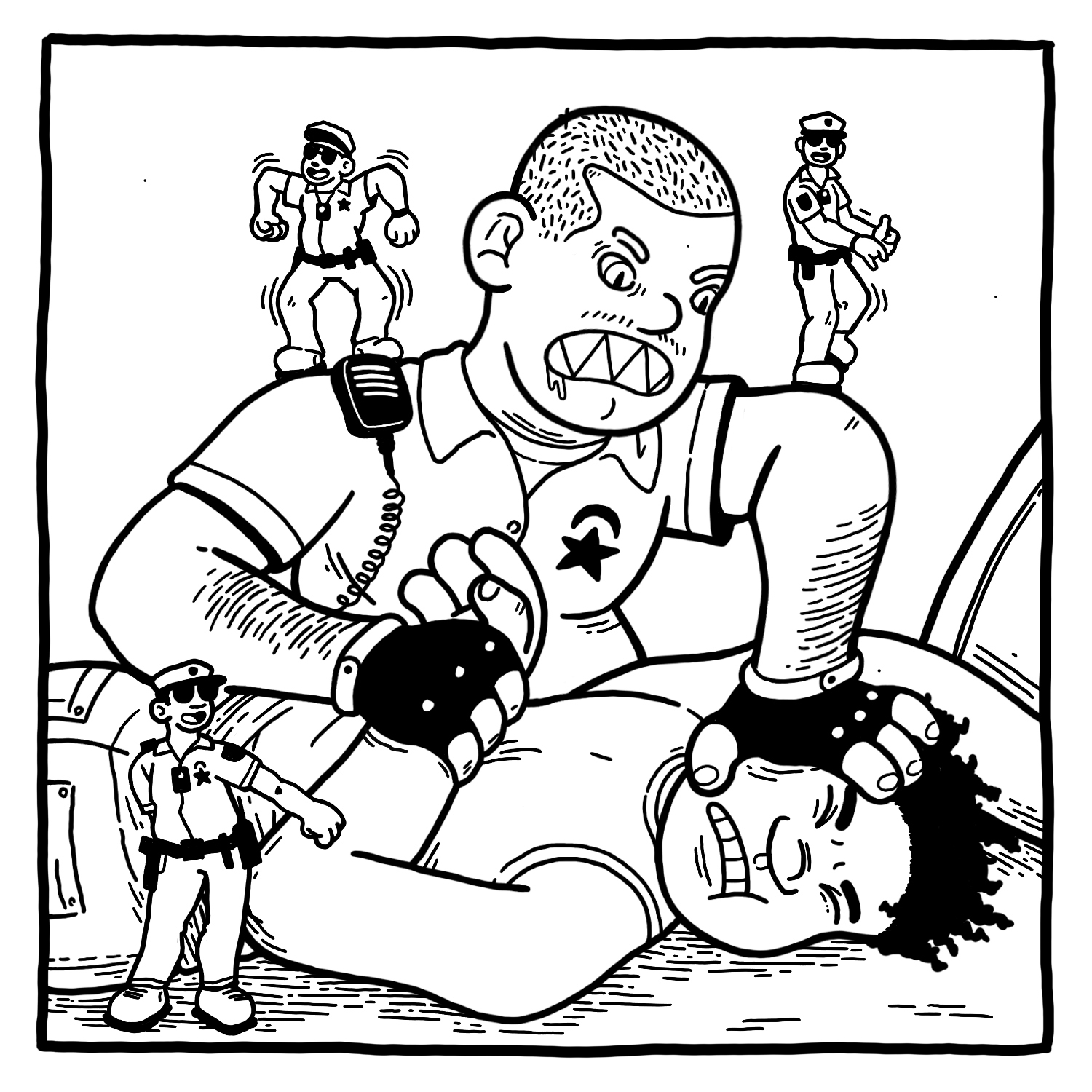 Now is a time wherein if you’re scrolling through social media, watching local news, or reading your favorite 12-syllable media company, you’ll eventually come across a dancing cop. You’ll find a story in the vein of “Disco dancing cop strikes again with more groovy moves” or a headline like “Wobble Cop Tracker: Let us know if you see dancing police.” You’re liable to come across a dancing police horse, too (“Ace loves jazz music, according to NOPD, and his favorite treat is grain.”). Welcome to the season of the wobble cop.

The relationship between cops and social media has been a fraught one. While the recent proliferation of Tik-Tok cops has opened a new avenue for law enforcement image management, some cops still use social media to mock homeless people or suggest that a politician be shot. Some cops use social media to promote their stand up comedy, while others their ties to the Proud Boys. One Louisiana cop was promoted to police chief after posting a racist meme, while in Philadelphia 72 officers were placed on desk duty over inflammatory social media posts. In analyzing the weird world of cops on social media, New Orleans makes for a good starting place.

The phenomenon of the wobble cop dates back to 2014, when Winston Harbin, a white, cold-case homicide detective for the New Orleans Police Department, went viral for line dancing in uniform at a New Orleans parade to V.I.C.’s party favorite “Wobble.” Harbin, rebranded as “wobble cop,” became a veritable sensation, and major national media outlets like ABC, NBC, Huffington Post, and Time picked up the video of his dancing. Buzzfeed featured Harbin with the headline, “This Cop Doing ‘The Wobble Dance’ At Mardi Gras Will Restore Your Faith In The Police.” One wobble cop video has racked up well over one-million views on Youtube.

The year of the wobble cop was also the year of an altogether different variety of viral police video. The deaths of Eric Garner and Tamir Rice, Black males killed by police, were captured on video and circulated widely. After police fatally shot Michael Brown, also a Black male, footage of Ferguson protestors being met by a militarized police force with tear gas and rubber bullets was inescapable on social media. Police brutality had gone viral.

New Orleans’ police department was in its second year under consent decree, operating under federal supervision as a result of an extensive investigation of the police force conducted by the U.S. Department of Justice. The investigation and the subsequent report produced by the DOJ raised serious concerns, citing “patterns of misconduct that violate the Constitution and federal law,” including but not limited to racial profiling and the use of excessive force (NOPD remains under consent decree as of this writing). The year of the wobble cop also saw one NOPD officer sentenced to prison for assaulting three underage girls, while another two NOPD officers pled guilty to conspiracy to commit theft from programs receiving federal funds and conspiracy to commit wire fraud. Armond Bennett, yet another Black male, had been shot in the head by an NOPD officer, and the shooting was kept quiet by the department for two days. The police chief was ousted a week later and Bennett, who survived the shooting, eventually reached a settlement with the city for $120,000. There was also an audit released by the city’s Inspector General citing the police force’s systematic failure to investigate and document allegations of sexual assault and child abuse. Despite all this, or perhaps because of it, the spectacle of the wobble cop endured.

The year following Harbin’s rise to fame, a Maryland police officer went viral for a staged dash-cam video dancing to Taylor Swift’s “Shake it Off,” a catchy pop song created in response to “takedown culture” with an accompanying video released by the artist full of uncomfortable racial tropes released during the height of the Ferguson protests. Driving around in his patrol car, Officer Jeff Davis (yes, that’s his real name) gleefully lip-syncs along: And the haters gonna hate, hate, hate, hate, hate. Baby, I’m just gonna shake, shake, shake, shake, shake. Swift tweeted the video with the caption “LOLOLOLOL THE SASS.” The original video on Dover Police’s YouTube account now has over 44 million views.

More recently, Columbus, Ohio’s Officer Anthony “AJ” Johnson, an Instagram-famous policeman who’s taken to posting Tik Toks of his dancing, went viral last year for a video of him punching a Black man in the face. A few years prior to this incident, Johnson was also in the news after he shot through the closed door of a suspected drug house, hitting a woman in the arm and a man in the neck. “I grew up hating the police,” he writes on his Instagram page under the handle @ohnoitsdapopo. “Now I’m a Police Officer.”

Dancing cops like Harbin, Davis, and Johnson are performative representations of police. With a wink and a nod (and perhaps a wobble), they seek to normalize their own presence by neutralizing narratives of police harm and misconduct. The ascent of the wobble cop, a veteran member of a police force that is notorious for beating the ever loving fuck out of people and murdering a man then setting his body on fire, is a perfect archetype of police duplicity.

All dancing cops are, in fact, wobble cops, perpetuating a fantasy of police that deliberately minimizes their dangerous amount of power and authority without sacrificing any of it. The good cop/bad cop dichotomy is now informed mostly by viral media where you’re just as likely to find a video of a policeman breakdancing with a young boy as you are surveillance footage of a teenager being body slammed by a cop. The wobble cop seeks to be a counterpoint to police brutality, but in reality serves as an extension of it.

State-sanctioned violence and oppression can be hidden in a cheap spectacle; wobble cops are perfect examples of this fact. It’s a distraction akin to a confidence trick, only instead of the mark being swindled out of money or goods, they’re robbed of common sense. The worst part of this particular con is that in falling for it, the mark unwittingly safeguards the very social construct that’s scamming them in the first place. Amused, the mark condones the culprit. With that said, any proper scam requires a degree of trust on the part of the scammed in order to succeed. Don’t fall for it—a cop is a cop, dancing or not, and the threat they present is as real as it gets. 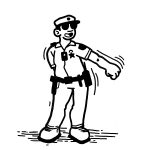