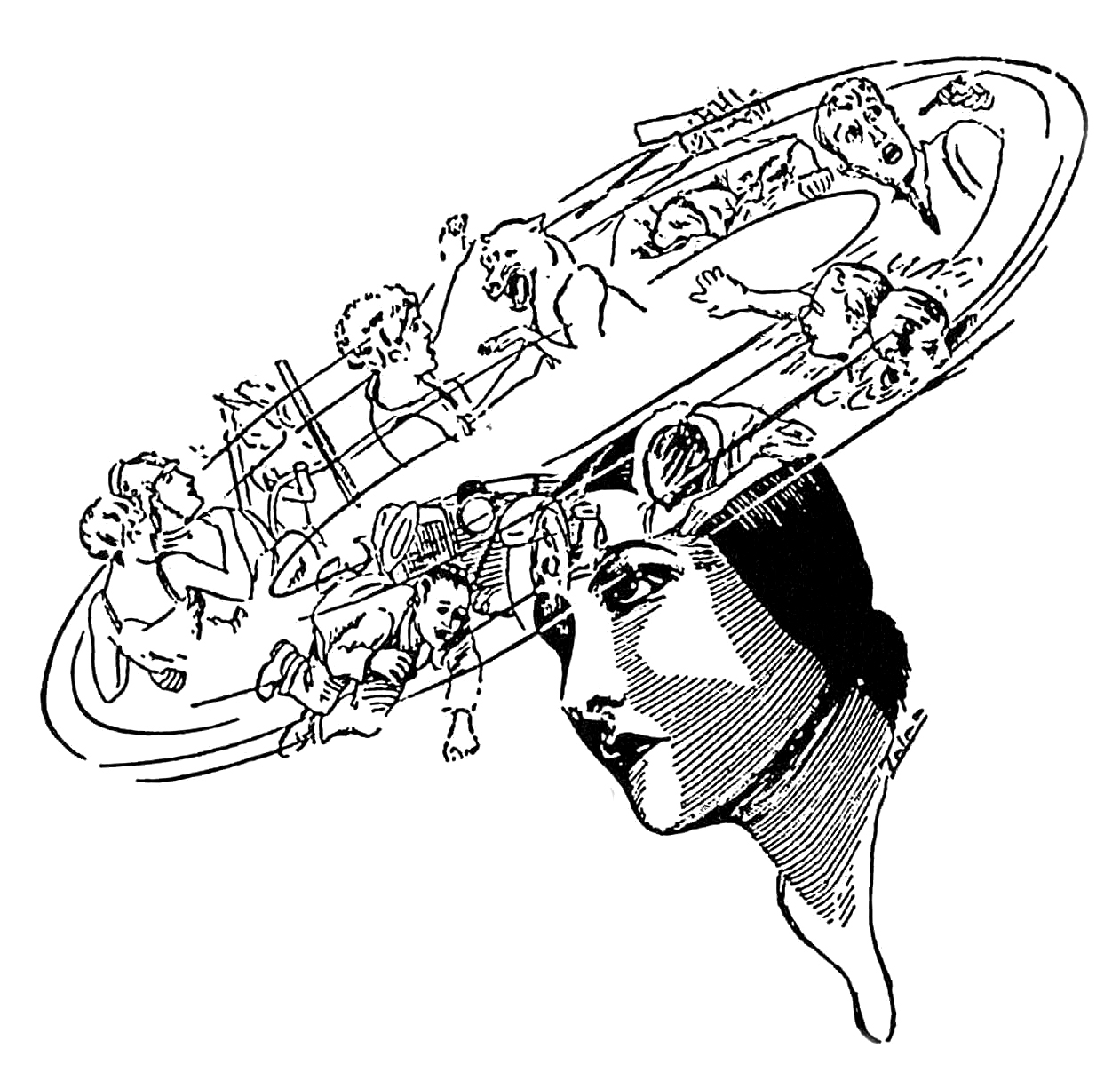 Ahem. Good evening. Could we have everyone’s attention for a moment? Webster’s dictionary defines “year” as containing 365 days, but anyone who made it through 2020 knows that to be a lie. Join us tonight (with this extended internet-only version) in looking back on a year we’d all like to drive a stake through the heart of and then decapitate just to be sure. Let’s grit our teeth, raise our glasses, and send this year to hell where it belongs. 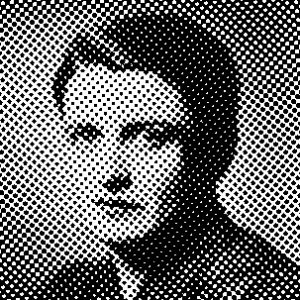 Many have picked up Ayn Rand’s doorstop novels, but the more discerning among us quickly put them down after realizing they’re two-dimensional stories glorifying men of industry as they rape and pillage their way across America. However, there’s a certain breed of pseudointellectual who continues to glorify Ayn Rand, sometimes with an entire file cabinet of inscrutable corporations and LLCs named after their favorite Rand novels and characters. Cheat sheet: The Fountainhead is about an angry architect named Howard Roark who won’t do what his clients want, and Atlas Shrugged is about a man named John Galt who invents a perpetual motion machine and won’t let anyone use it.

We curated this list in honor of 2020 City hire Peter Bowen, who graduated from his lucrative career gutting affordable housing at major STR operator Sonder to enjoy expanded powers as the City’s new deputy chief administrative officer of land use (the department that oversees, among many other things, short term rental permitting). His corporate profile at Sonder was emblazoned with the quintessential Ayn Rand (mis)quotation, also beloved by Ivanka Trump: “The question isn’t who is going to let me; it’s who is going to stop me.”

• Saun Sullivan: Most likely to claim he went to the School of Hard Knocks.
Fountainhead Inc. (formerly known as Jihad Corp.; renamed 10/2/2001, presumably in light of contemporaneous events).
Extracurriculars: Sloshing through in-progress job sites, discharging pollutants.1Sullivan pleaded guilty in 2005 to a federal charge of “illegal discharge of pollutants.” 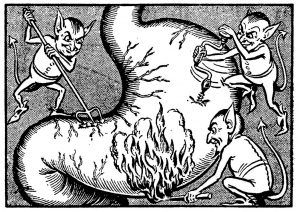 PROBLEM: Police teargassing protestors at protest against police brutality.
SOLUTION: Pass ordinance prohibiting police from using tear gas unless they really, really want to. Congratulate police force for their response when the fog of war has dissipated. Complain about NOPD being under a consent decree.

PROBLEM: Musicians impoverished by pandemic-struck tourist industry.
SOLUTION: Institute outrageous fees before they’re even allowed to play on a porch, then promise to waive fees as long as they’re playing at home.

PROBLEM: New Orleanians wanting to defund the police, as evidenced by the 1,405 comments a Criminal Justice Committee meeting yielded with just three days’ notice. Fewer than 10 comments were in support of the police.2You can request comments by e-mailing your councilmember—they are the public record and you’re entitled to them!
SOLUTION: Expand the jail, defund the library. Tell Vanity Fair that you don’t care if people in jail get sick and die from the novel coronavirus. 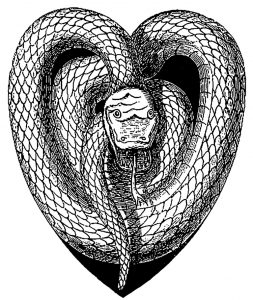 TOP FIVE WORDS THAT NO LONGER MEAN ANYTHING

As radical ideas enter the mainstream, forces act upon them, pushing, pulling, and plundering their meaning. There are benign reasons: people are mistaken or grasping for language that does not yet exist. But more nefarious actors are at work too—people who benefit from the dilution of radical ideas aim to manipulate by deploying buzzwords or appropriate terms to use as social capital for carefully curated identities. Language is a living thing that ought to move with the needs of those who seek it, and not be gatekept by the elite. But some terms are so important, so hard-won that to see them lost to concept creep is tragic.

DEFUND: Deceptively simple. At the end of a year of uprisings during which people literally died in the streets protesting the police state, we have arrived at a point where “defund” the police is being used to mean the precise opposite—expanding the police state by adding “alternatives” to policing that fall under the purview of police.

GASLIGHTING: From the 1944 movie Gaslight, this term refers to the intentional manipulation of a person to the end that they doubt their own sanity. This term entered popular use because there was no other concise way to describe that particular form of interpersonal abuse. Thanks to pop psych bullshit like uncredentialed Instagram “resource” slides, many people now believe “gaslighting” to include any behavior they don’t like. There exists a vast range of abusive behaviors, some of which ought to be named so that they may be more visible; but making “gaslighting” an enormous tent is not the answer—its value is in its precision. Applying the concept to broader dynamics, people bemoan that they feel gaslit by the president. Specific mistreatments of a population by those with more power do mirror interpersonal abuse tactics, and it’s important to draw the parallels. The most abhorrent misuses of this word are when people use it to accuse the party at the shit-end of a power differential of gaslighting the other.

REPARATIONS: To be clear, this observation and rebuke is directed at our fellow crackers, particularly those who earnestly aspire to be race traitors. In an American context, the demand for reparations originates with indigenous and Black activists, referencing immense harms like centuries of genocide and land theft.3Not all indigenous people consider land claims to be central to reparations, as no one population is a monolith and “indigenous” itself reduces the vast diversity of peoples and cultures.

It describes the reality of a country whose wealth was built on the backs (or rather, the labor, the skills, the suffering, the torture) of kidnapped and enslaved Black people, and how white people continue to profit from that today, while Black people (regardless of their familial origin) continue to be shut out from accessing that wealth (see Saidiya Hartman’s work on “the afterlife of slavery”). Legally, “reparations” have meant “financial restitution” for populations like formerly interred Japanese Americans and people who were forcibly sterilized. Sometimes those cash settlements are accompanied by an official apology.

But you can’t put a price on or quantify harm at these scales. This year we saw “reparations” whittled down by presidential candidates and shrunk to the individual, often by white people virtue-signaling by telling their white friends to “pay reparations” by making donations to organizations or individuals. White people should definitely do this as often as possible, duh. But the issue with that use, setting aside intention, lies in scale and accountability. This year many people’s interactions were largely mediated by technology. It’s been a banner year for grifters: people who abuse the desire to donate by misrepresenting themselves, their causes, or creating fake projects. Locally, an unhoused woman in the Bywater said that significant funds raised for her via social media resulted in the receipt of two Walgreens gift cards and a phone; which is paternalistic as fuck, wrong, and certainly not what donors intended. Setting aside liars, what’s the issue with using reparations in an individual context? Let’s make it clear, we’re not in the business of telling Black people what to say or when to say it. But when we see white people extracting value from the diminished use of “reparations” the term is divorced from its historical roots, and most concerning of all: we see the concept dwindle to a mere drop compared to the massive debt owed.

INTERSECTIONALITY: Coined by Black scholar Dr. Kimberlé Crenshaw to describe the unique conditions of oppression designated for Black women, “intersectionality” explains that identity is not additive. People whose identities are at the intersection of multiple marginalizations experience a reality that constitutes its own separate category. Armed with this term and what it illuminates, we can more clearly see the structural harms faced by people made the most vulnerable by our institutions. When a word is created to point at a social status relegated to unnamed abjection, shouldn’t we honor that? Yes! Instead people now use this word to adorn their social media profiles. “Intersectional” is not an adjective that is coherent when applied to “feminist” or “feminism.” A person cannot be “intersectional.” If what you’re trying to say is “anti-racist feminist,” say that. “Intersectional” is also used by non-profit organizations to indicate, often for fundraising purposes, that they are aware that more than one type of oppression exists (and are therefore virtuous). We’re sure that many people misusing this word have no idea of its origins, but isn’t that part of the problem? Isn’t that seeing something exotic and taking it without regard for or interest in its ownership?

MUTUAL AID: Perhaps the most abused of all terms this year, “mutual aid” has come to describe everything from social clubs, Facebook pages, charities, non-profits, and straight-up businesses. “Mutual aid” in the anarchist tradition is associated with the book of that same name by Russian anarchist Piotr Kropotkin. It ties in to what anthropologists would call the “potlatch,” or what you or I might recognize intuitively as helping each other the fuck out and having each others’ backs (especially around here). Hint—it’s probably not mutual aid if: anyone is getting paid to do it, or if you are doing mutual aid “for” people and not “with” them, or if it manifests as the recirculation of resources within a single privileged and closed class (class of course being inextricably tied with race, racial capitalism). If you’re offering a discount on your product so that a percent can be donated somewhere, you might be doing advertising. If it feels more like a club than a tactic… probably not mutual aid.

Why should we defend this term from concept creep? The answer lies within a helpful criteria for evaluating whether something is mutual aid or just charity, which reinforces inequity while making people feel good about themselves. Lawyer, scholar, and activist Dean Spade offers four questions to evaluate tactics: “Does it provide material relief? Does it leave out an especially marginalized part of the affected group (e.g., people with criminal records, people without immigration status)? Does it legitimize or expand a system we are trying to dismantle? Does it mobilize people, especially those most directly impacted, for ongoing struggle?”

And it’s that last question that leads to our conclusion that y’all should stop calling just anything you want “mutual aid”—it’s not just a tactic to help us survive an economy built on the disposable lives of a perpetual underclass, it catalyzes material and spiritual change. It opens the door for alliances and solidarity. And it has the potential to transform us, our communities, and (with a lot of work, trial, and error) the world we live in beyond the limits of our imagination. 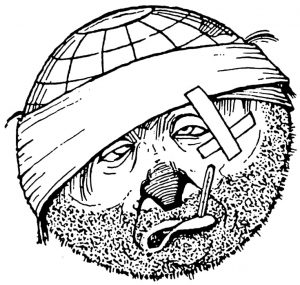 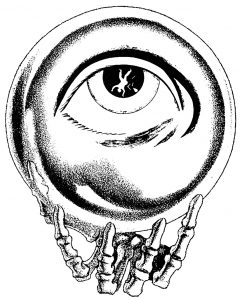 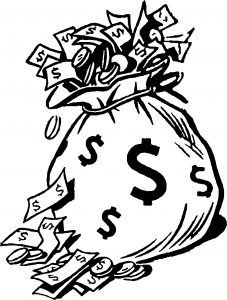 In August, Mayor Cantrell announced that the City had found $1.5 million scattered across various obscure, sometimes “forgotten” trusts and decades-old donations amid coronavirus-related budget debacles. The trusts were under an obscure agency called the Board of City Trusts which hadn’t met since 1984. We obtained the previously unpublished list of funds—here are five. 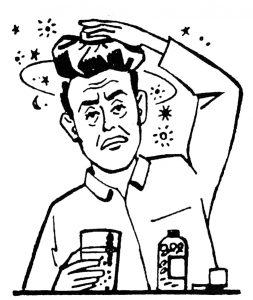 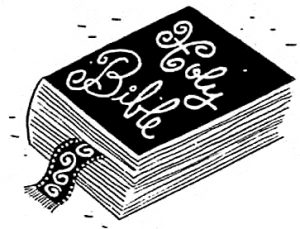 Note: Since his ambitious three day prayathon in July, Governor Edwards has extended his abstinence to include tweeting about praying and fasting. If he has addressed the rapidly accelerating pandemic using those techniques since, he is doing so covertly. 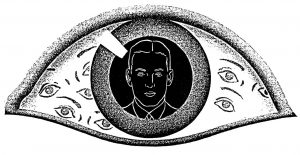 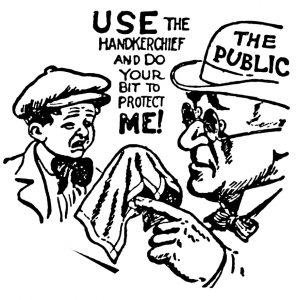