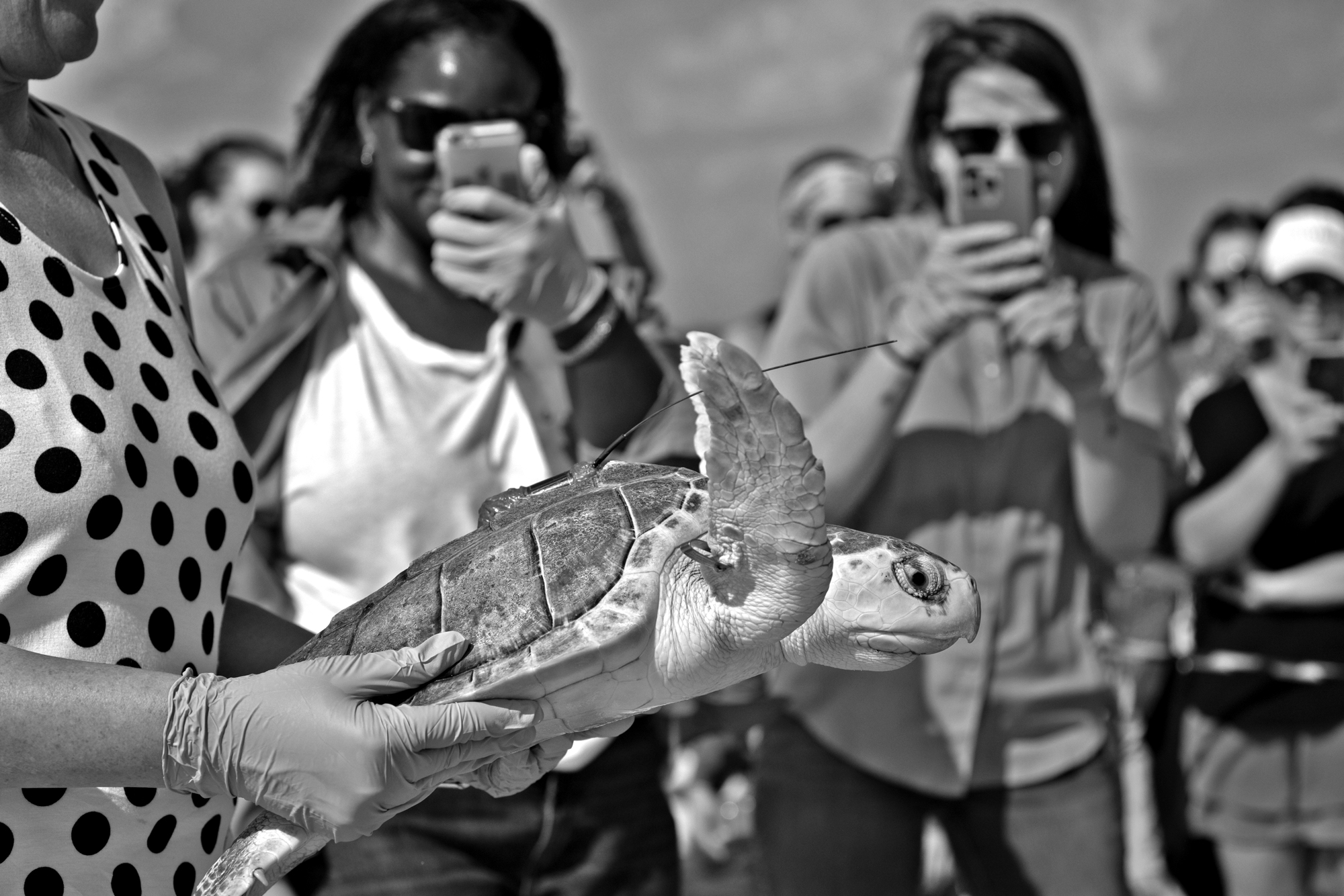 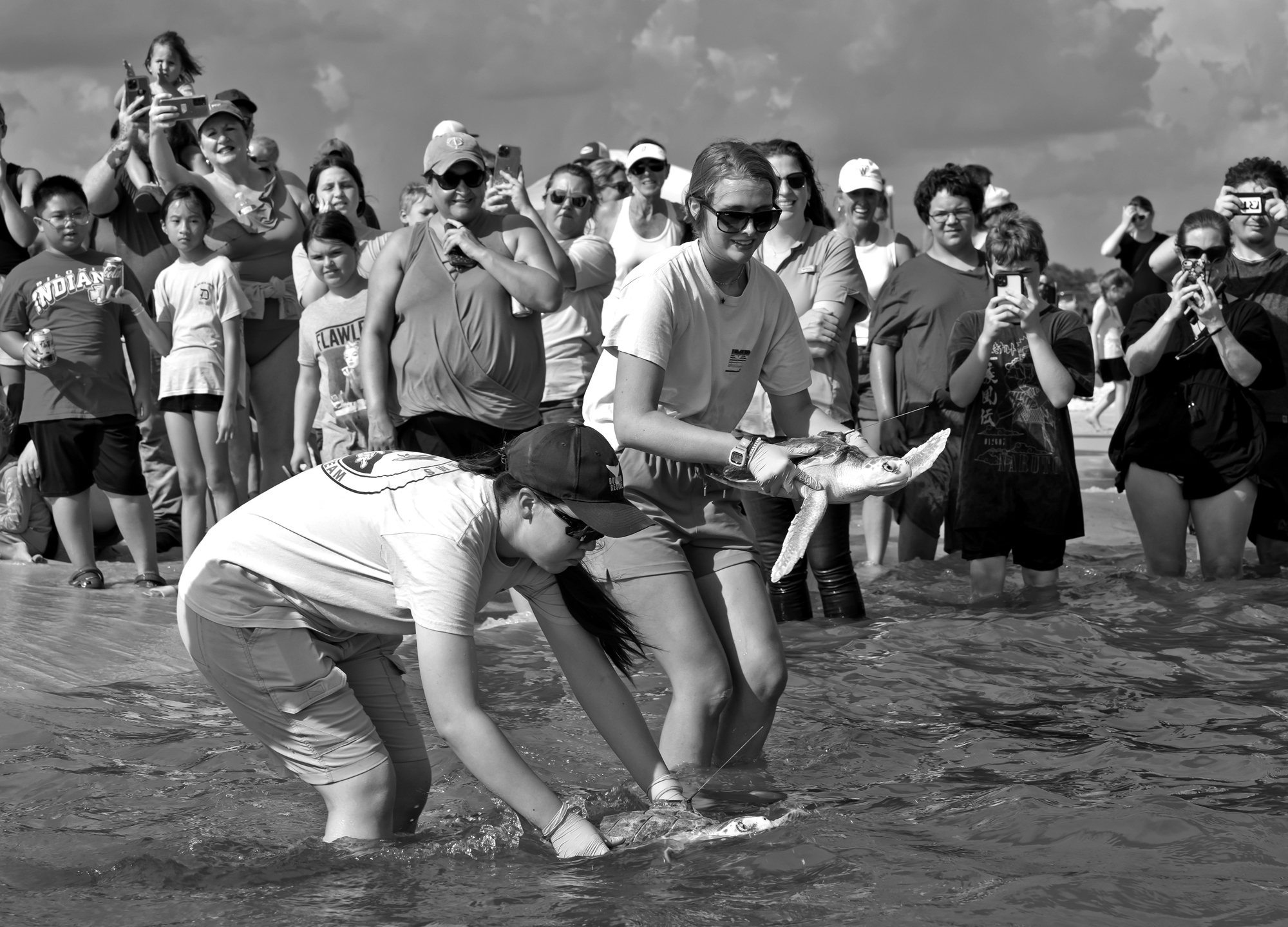 On June 18, several Kemp’s ridley sea turtles—including four with satellite tags attached to their shells—are released into the Gulf of Mexico in Pass Christian, Mississippi. The sea turtles were rehabbed at the Institute for Marine Mammal Studies (IMMS) in Gulfport. The endangered sea turtles were rescued in Boston after a cold spell stunned them (which can lead to death if left untreated). The sea turtle population has already been negatively impacted by the BP oil spill and climate change, and could also be threatened by the $2 billion Mississippi River sediment diversion project in Louisiana. If built, the project will divert polluted water from the Mississippi River into the Mississippi Sound as well as the Gulf of Mexico, negatively impacting wildlife. 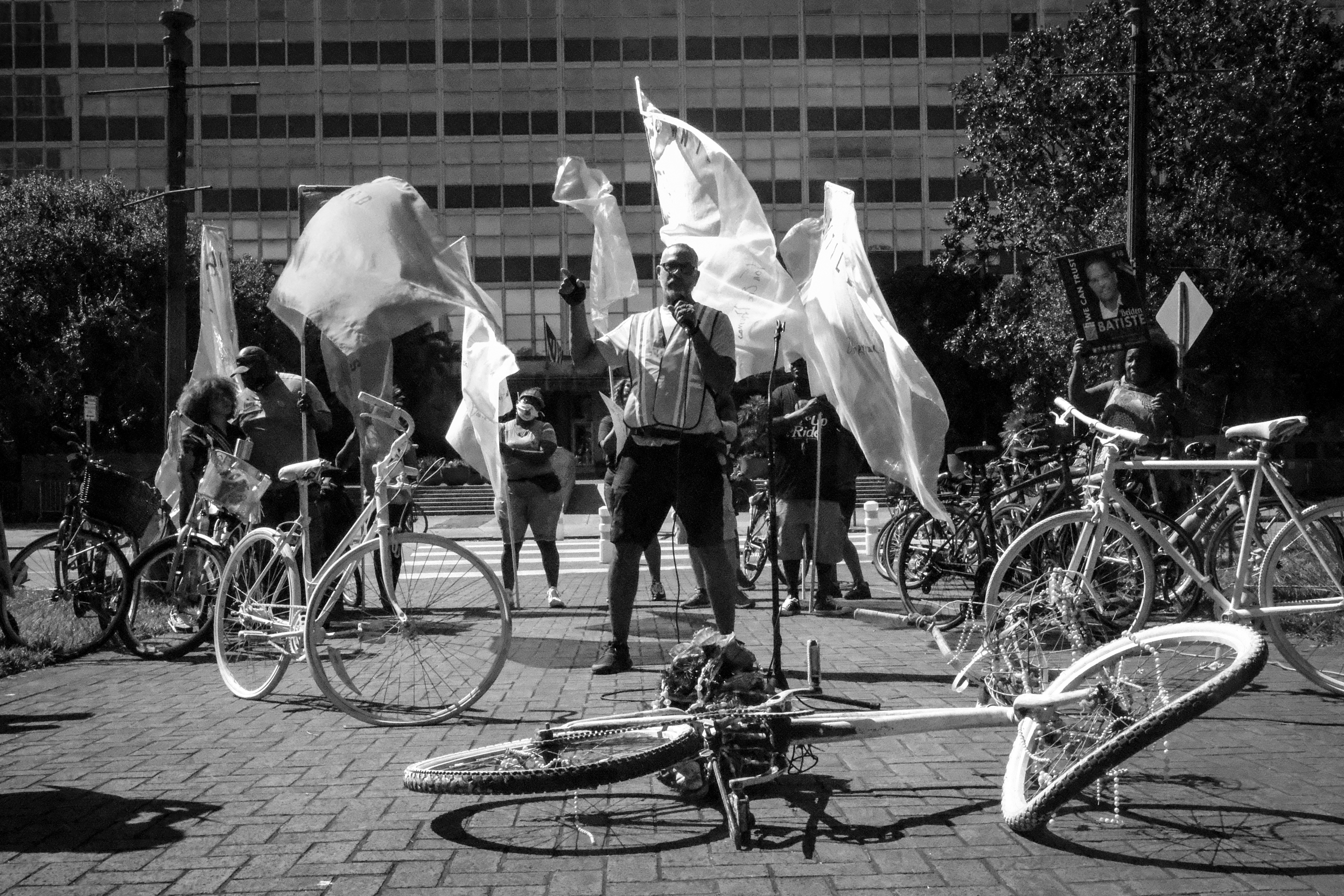 Alan Delery speaks out at the Ride For Our Lives rally on October 9, 2021. The rally and bike ride drew cyclists from across all walks of life highlighting the need for safety for people biking in New Orleans. 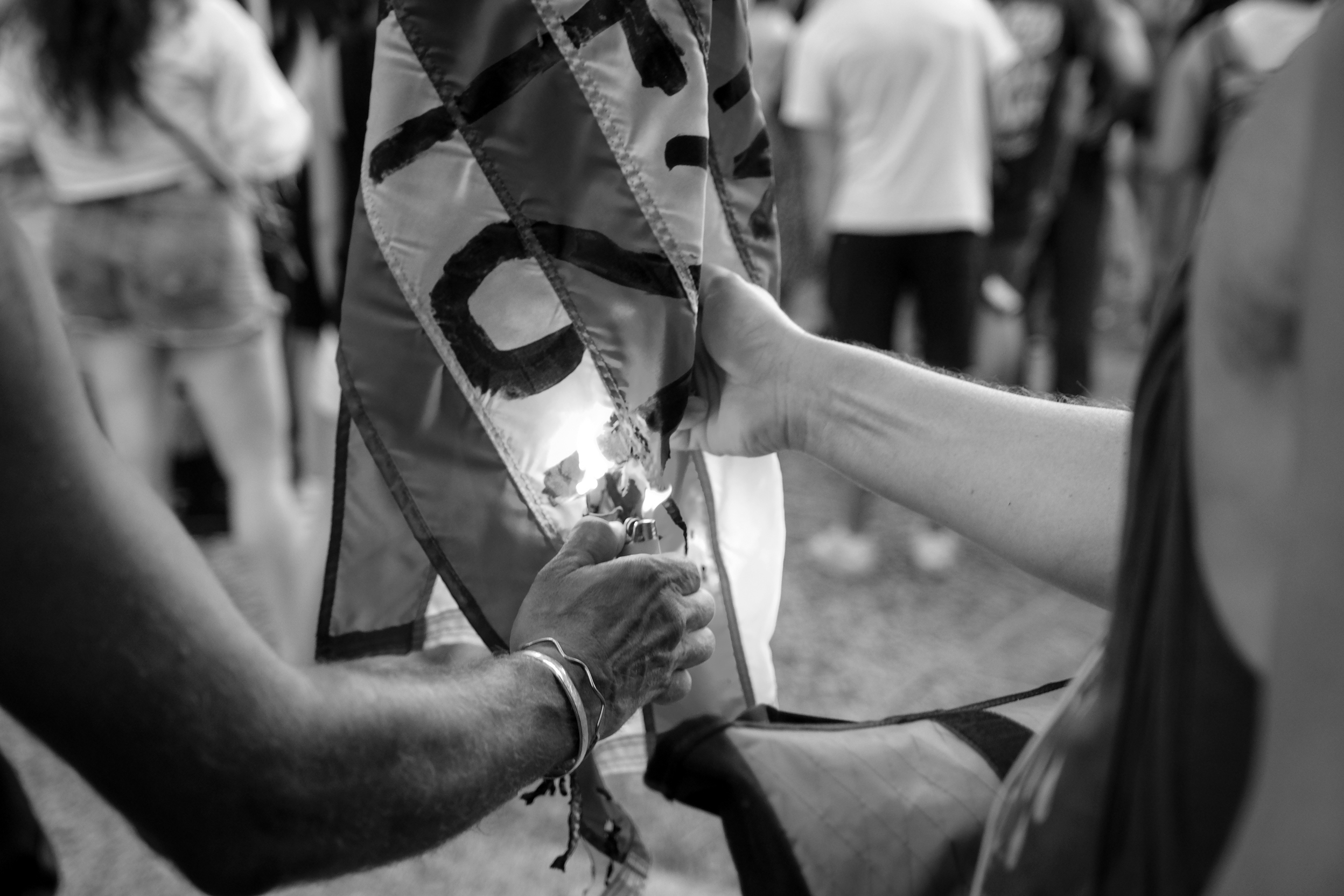 A U.S. flag is set on fire in front of City Hall on June 25. Hundreds of people gathered in support of abortion rights in response to the Supreme Court’s ruling overturning Roe v. Wade. 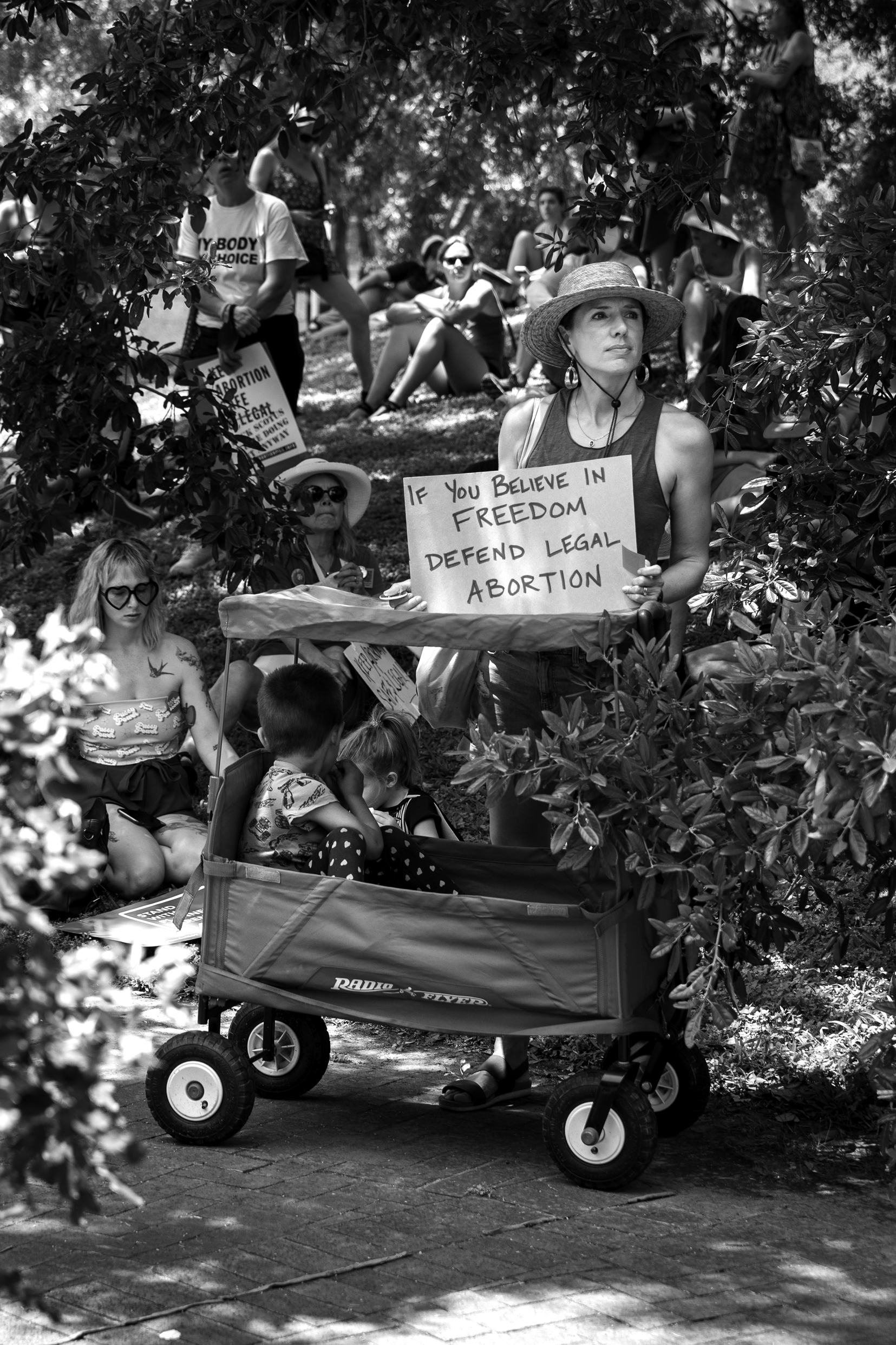 Following the leaked draft majority opinion from the U.S. Supreme Court signaling the reversal of the landmark Roe v. Wade decision, prominent groups like Planned Parenthood Gulf Coast, Lift Louisiana, and Women With a Vision held a Bans Off Our Bodies rally outside City Hall on May 14. 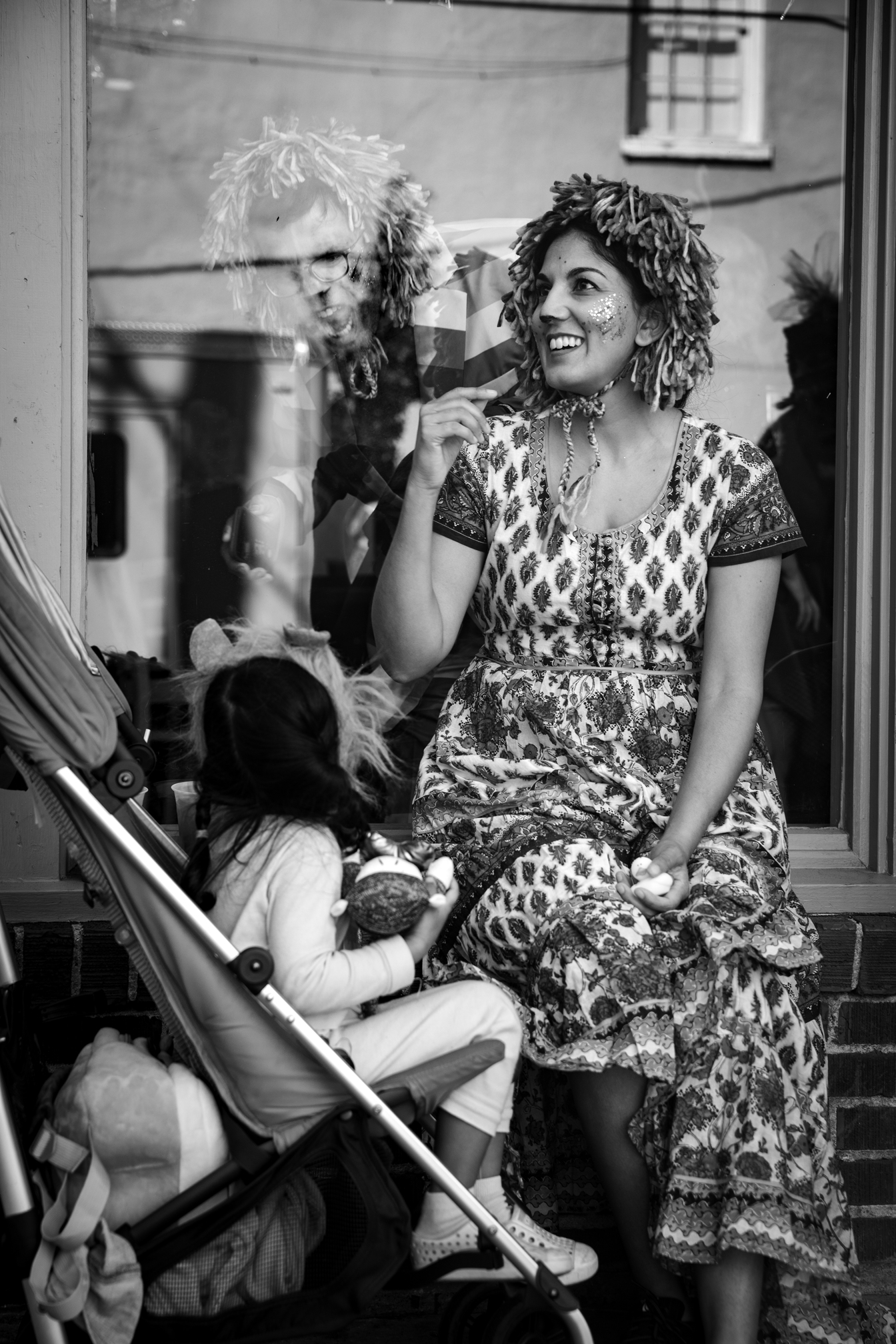