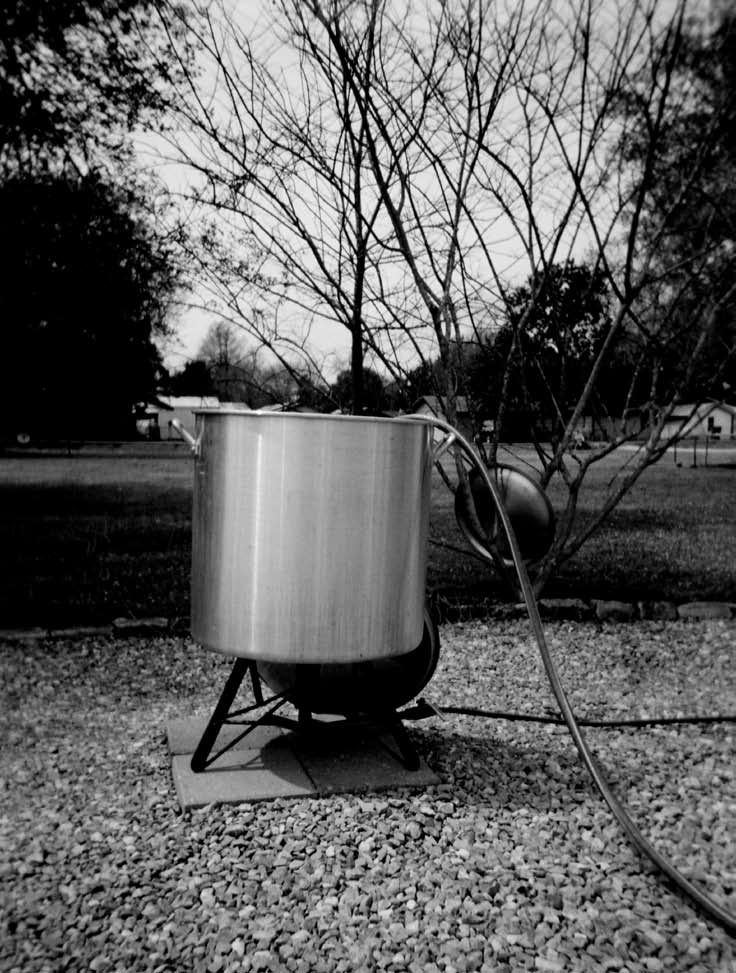 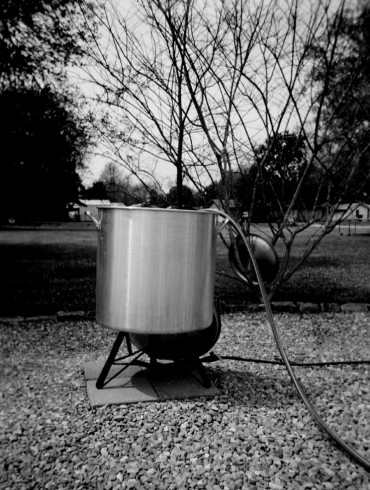 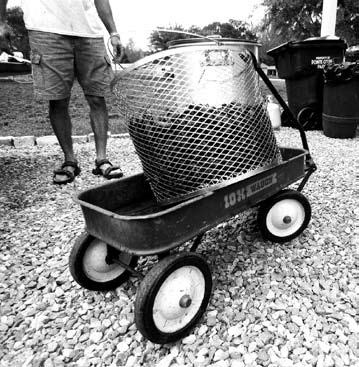 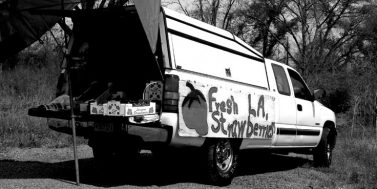 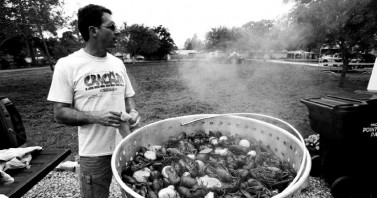 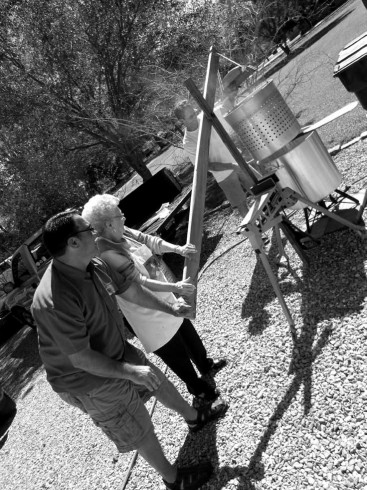 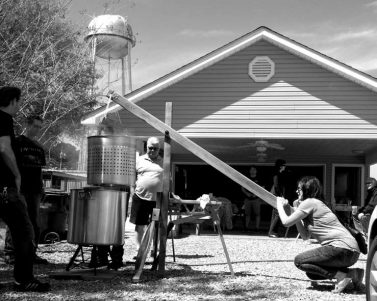 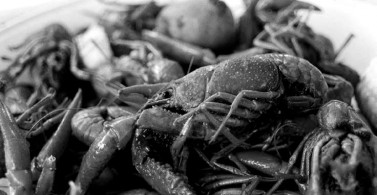 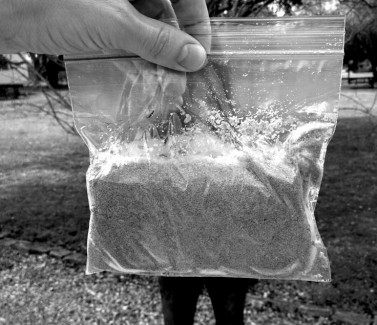 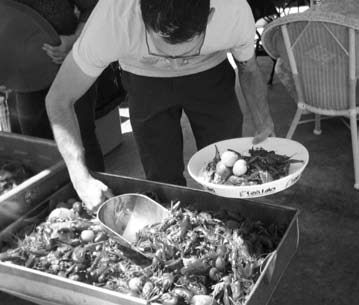 The Louisiana crawfish boil is one of the finest food experiences ever created. Though replicated in restaurants, in its true form the boil represents a meal of the people, by the people and for the people. It’s a ritual that’s been honed over centuries, though the basic process hasn’t changed. Get a big pot boiling with some spices, toss in some delicious crawdads and serve over a huge table for everyone to enjoy.

For the well-seasoned and novice boilers alike, ANTIGRAVITY would like to present this basic guide. We turned to Mark and Karen Barrios—AG Art Director Kevin Barrios’ parents—to give us a primer on pulling off a successful boil. Multi-generational residents of the Westbank (“We dated in a pirogue,” says Mrs. Karen), Mr. Mark has been working in rail yards for over 40 years and Mrs. Karen has been an educator for 25 years.

Together with AG Editor Dan Fox and Photographer Adrienne Battistella, Kevin drove up to see his parents (they recently

moved to Pointe Coupee Parish), stopping on the side of the highway for a flat of Ponchatoula strawberries and a six pack of Parish Canebreak pale wheat ale. Says Mr. Mark, a longtime union rep, “You can tell if it’s a party full of democrats because the beer is better.”

The Barrios family gets their crawfish from an outfit called Four Oaks. The guy delivering the bugs that day explained he had just picked them the same morning. These were freshwater crawfish, feeding off the rice beds from the same operation. He also told us about what a tough winter it had been for them. They had survived, snuggled deep in those rice beds, but the cold had put a kibosh on their love life and hence, not many crawfish were conceived over this past winter. Still, our guys looked promising.

One of the best parts of the Barrios crawfish boil is watching the “Cajun contraption” in action, a device that allows even Kevin’s grandmother to lift up a heavy basket of crawfish, using basic lever physics and yes, Cajun ingenuity. This contraption is built simply with a few 2x4s and an adjustable sawhorse/work stand. Mr. Mark advises that the notch cut out for the basket handle not be too deep into the wood, and also reinforced with a few pieces of sheet metal. Remember: this is a huge pot of hot water.

First, the crawfish are soaked in salt water (use a half a box of salt per sack) and “purged” in a separate basket and pot from the one cooking everything. It’s been debunked that the bugs actually do purge their waste but no matter, it’s still good for cleaning them.  The Barrios method includes lifting the basket up slightly and agitating it like a washing machine. Mr. Mark advises to keep it to a few minutes, otherwise you risk killing the bugs before the boil. The crawfish are then hosed off and agitated one more time in plain water.

Fill your cooking pot with water, though not too much that it can’t boil over when the ingredients are added (more water also dilutes the seasoning). This is one step that you can fine-tune through trial and error. Mr. Mark notches his pot when he figures out the right amount.

Start your fire. Add the Zatarain’s and Tabasco mash (which at the time of this printing is still special order only), potatoes, onions, and garlic. Let the water come to a rolling boil and add both sacks of crawfish, then the andouille.

Bring the water back to a boil and let it rip for 2 more minutes. Turn off the heat and let everything soak for 25 minutes. You can hose the sides of the pot to cool it down. The Barrios have a great trick where, after they cut the gas off, they throw in a couple bags of frozen corn to simultaneously cook and cool the boil. This is also the time to add the mushrooms and squeeze the lemons into the pot. 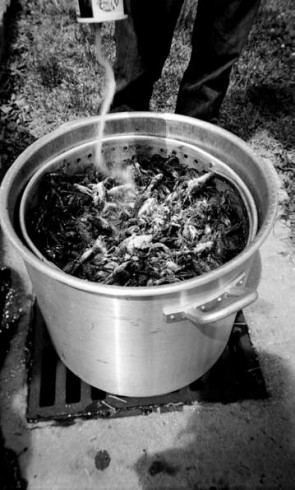 After the 25 minutes, pull everything out (hopefully with your own Cajun Contraption) and let the basket drain over the pot for a few minutes. Serve over a table covered with old ANTIGRAVITY issues and enjoy life for the next couple of hours.