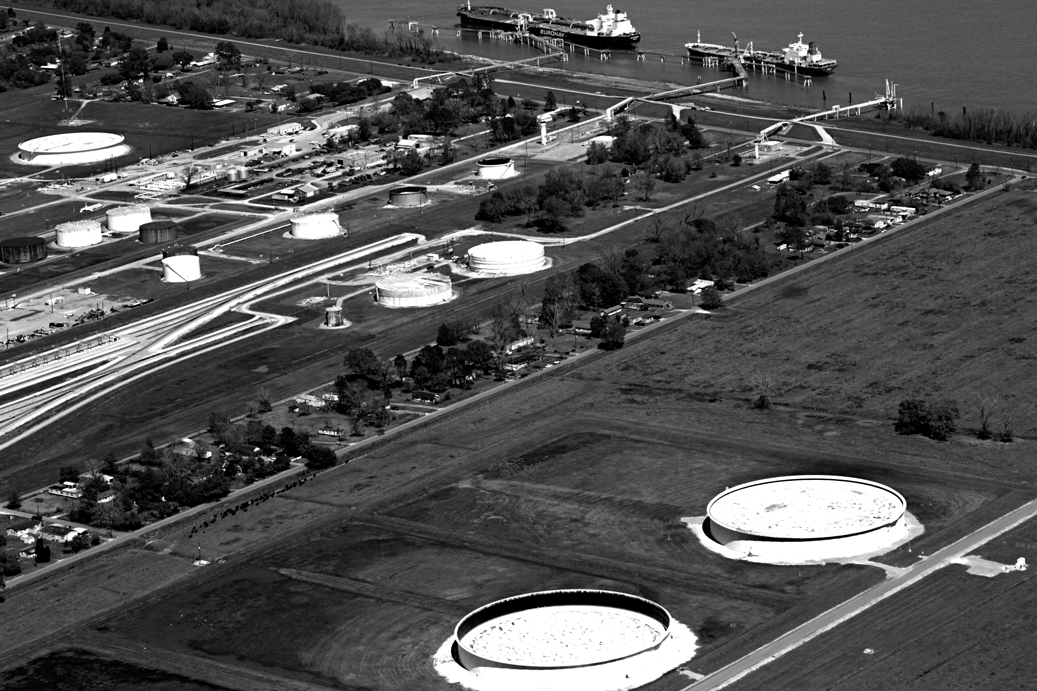 In May, community members from the town of St. James and other environmental groups fighting the Bayou Bridge Pipeline won a legal battle against the Louisiana Department of Natural Resources (DNR). With free legal aid from student and faculty attorneys from Tulane Environmental Law Clinic (TELC), the groups convinced a district court judge that DNR had improperly issued a permit to the pipeline company and that construction should be halted. Despite the judge’s order, however, construction has continued.

The pipeline is a 162-mile extension of the Dakota Access Pipeline. It will pump crude oil or tar sands from the Dakotas through Texas, across the Atchafalaya Basin, and out to port on the Mississippi River. The community of St. James sits at the exact place where the pipeline will end, and homes there are already surrounded by oil infrastructure. Around the town, more than 8 million barrels of oil can be stored in above-ground tanks, which neighbors say vent noxious gasses and leak fluid into ditches. “St. James is a rural community of approximately 2,194 people, 94.9 percent of whom are African-American,” lawyers for the plaintiffs write in their opening brief. “The St. James citizens living amidst a high concentration of oil transport and storage industrial facilities suffer from significant health problems, including headaches, allergies, sinus infections, skin irritation, and rashes.”

Last year, Keith Hunter, a 60-year-old resident of St. James, told Julie Dermansky of desmogblog.com, “Those oil tanks you see, owned by NuStar [Energy], leak benzene, a known carcinogen. There are only a handful of families back here. There is not going to be anyone back left to settle with.” In February, Hunter died of respiratory failure.

In its brief, TELC lawyers note that NuStar entered into an agreement to receive oil from the Bayou Bridge Pipeline and that NuStar has “received approval to expand that facility, including an increase of air pollution emissions.” (That expansion was aided by a $3 million Modernization Tax Credit from the State of Louisiana.)

The suit quotes Pastor Harry Joseph, a plaintiff in the case and an organizer in the community: “They have been building tanks, building tanks. But the tanks that are already there are leaking oil, and the people in the community are sick from the leaking oil. We just had a storm …and right where … the tanks are, that oil with the water running through the ditches is now going into people’s yards. … Those tanks are leaking, and they’re constantly putting more tanks.”

The specifics of the lawsuit focus on whether the Department of Natural Resources required enough protections for wetlands and for St. James residents when issuing its permit to Bayou Bridge for construction. The plaintiffs argued that DNR did not properly file the pipeline under its “commercial and industrial” category, which would have required a “broad analysis” of the project’s effects on the low-lying, storm, or flood-prone areas. They also argued that a second category was ignored: “Those activities which are directly involved in the exploration, production, and refining of oil, gas, and other materials.” That category would have required the company to submit plans for “protections against oil spills and related emergencies” for the town of St. James. TELC lawyers write in the suit: “DNR’s failure to apply all applicable guidelines led to a decision that substitutes guidelines ensuring effective oil spill and emergency response plans and minimizing use of and impacts to extra-vulnerable coastal areas with a guideline whose protections are the same as for a municipal drinking water pipe.”

At the heart of the issue is an evacuation route. As the Bayou Bridge Pipeline will increase oil activity in the area, risks will also increase, plaintiffs argue. “Accordingly, DNR did not consider the impacts on the St. James community, including the increased likelihood of leaks, spills, and explosions and the absence of any comprehensive community evacuation plan.” In the brief, they include an interview with one member of the community who said, “I am worried about what will happen to the family I leave behind in the morning in the evening of an emergency. I cannot come back to get my family out, and they will not be able to get out. There is only one exit out of the community, but this one escape route, Louisiana Highway 18, is usually blocked off where there are industrial accidents and other emergencies.”

In a ruling released May 7, Judicial Court Judge Alvin Turner sided with St. James residents, saying, “The Department of Natural Resources is ordered to require Bayou Bridge Pipeline, LLC to develop effective environmental protection and emergency or contingency plans relative to evacuation in the event of a spill or other disaster, in accordance with guideline 719(K), PRIOR to the continued issuance of said permit.”

Pipeline opponents were perplexed when two weeks went by and construction continued. On the morning of May 24, protesters delivered the Judge’s orders to construction workers and police on the pipeline’s route. When two protesters refused to leave, they were arrested and charged with criminal trespass. Asked about DNR’s reaction to the Judge’s orders, one of those arrested, Alicia Cook, said, “It shows that they haven’t read their own mission statement, for one thing. And it shows that the operative question of their decision-making is not, ‘How do we balance our energy needs with the protection of our resources for all people present and future?’ but rather, ‘What’s the most we can possibly let this industry project get away with?’” [click here for full interview.]

In May, TELC lawyers sent two letters to DNR’s attorneys requesting they halt construction of Bayou Bridge in St. James Parish. In the second letter, faculty lawyer Elizabeth Livingston de Calderón expressed frustration that the department was unwilling to act on behalf of St. James citizens and instead filed an appeal that would allow Bayou Bridge to continue construction. She wrote, “It is wholly inconsistent with the public trustee duty—and a slap in the face of the people of St. James—for the public trustee to file for a form of appeal that puts the commercial interests of a foreign entity over the interests of the people of Louisiana.”

DNR has filed its appeal motion with the state Fifth Circuit Court of Appeal. DNR’s communications director, Patrick Courreges, said he regrets that some see DNR’s actions as a defense of pipeline owners. “We’re simply defending our process. We think our folks did it right.” Asked about the judge’s call for an emergency contingency plan for St. James, Courreges said, “We really don’t have the expertise or the authority to demand evacuation routes.” He added that DNR had already required some emergency plans from the company in its application: “The emergency plan overview provided as part of the permit application was not specific to a populated area. It is a protocol for who, how, and when emergency responders would be alerted in the event of an emergency. Further detailed plans are provided to PHMSA [Pipeline and Hazardous Material Safety Administration] at the point that the project is preparing to go into operation in order to get final clearance from PHMSA.” Plaintiffs argue that DNR’s process requires a company to submit a specific emergency plan for neighboring communities before it can get a permit and begin construction.

As pipeline construction continues, the timeframe for the appeals process is unclear. Asked what would happen if construction moves faster than the courts, Calderón said that the challenge to the permit would apply even if construction is complete, because the permit is for both construction and operation. She said, “While continuing construction risks interfering with the potential evacuation routes that still need to be planned to protect our clients and others in the Coastal Zone in the event of a spill or other disaster, I see no reason that BBP should not have to bear any increased costs of providing for such evacuation routes should that be the case.”