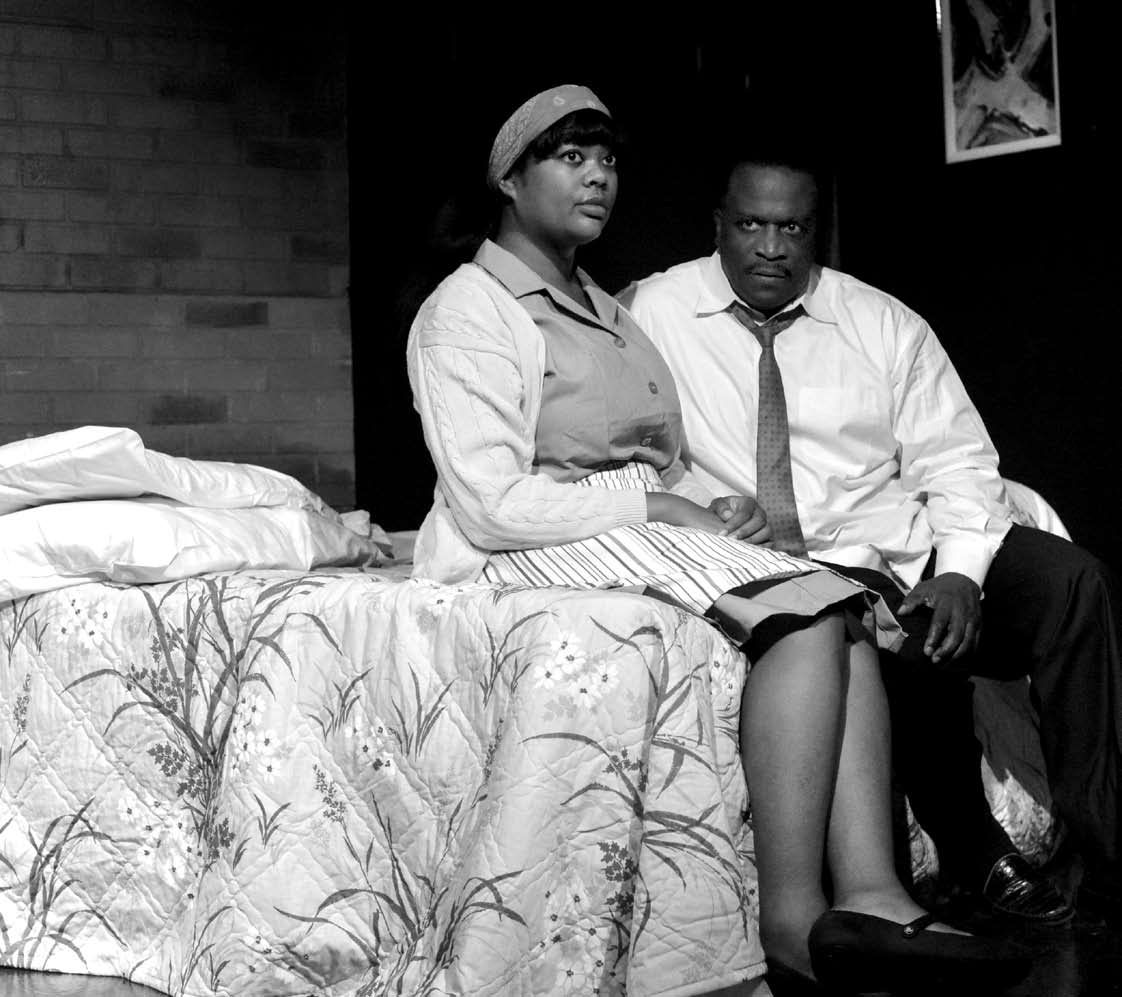 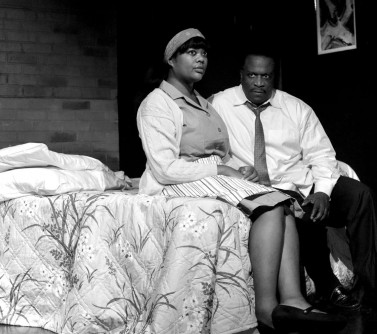 The Mountaintop, a play exploring Martin Luther King, Jr.’s last night at the Lorraine Motel, has been on my radar since it debuted in London to rave reviews in 2009. Playwright Katori Hall doesn’t shy away from telling a complex story about a heroic figure, whose legacy is often oversimplified to promote a false narrative of “post-racial” America. When I sat down with Anthony Bean (playing Martin  Luther King, Jr.), Monica Harris (as Camae, a maid at the Lorraine Hotel), and Harold X. Evans (director), the artistic team behind an upcoming production at the Anthony Bean Community Theater, I was eager to talk politics. Bean, wary of being pigeonholed, was quick to remind me that the story has universal appeal for audiences, regardless of race—but politics kept bubbling up in our conversation about history, getting into character, and the challenges of putting on plays in a society that is decidedly not post-racial.

What drew you to this piece?

Anthony Bean: It’s a different side of King. A more human side. This show was scheduled for last season and after reading it, I actually kicked out my November production. I didn’t want no one else to do it first.

Monica Harris: I was totally blown away by the language. It was a story that I wanted to tell.

How is Dr. King’s legacy relevant in New Orleans in 2013?

Harold X. Evans: Well, you can see in New Orleans some of the things  Dr. King hoped to see: the lack of segregation of the races, for one thing. But a lot also of what he hoped would be the case, other than just the visuals, was what’s in the hearts of people; and he might be a bit disappointed in some of that.

How were you affected by Dr. King ’s assassination and what were your memories of that?

HE: I was not an advocate of Dr. King at the time. I was a follower of Malcolm X and when I heard about  Dr. King ’s assassination, I was in the military in Vietnam. I was having a discharge physical and [a fellow soldier] told me about the riots back in the country. I said, “What riots?” He said, “Since they killed King.” I said, “What king?” thinking he was talking about some royalty. He said, “Martin  Luther King.” I was shocked. Even though I was surrounded by the most vicious violence you could imagine, I just didn’t think about Dr. King being assassinated. It caught me by surprise and I was moved by it.

AB: I was a little kid. I think the thing that always impressed me to this day was his oratorical skills. Even though he used these 75 cent words, the average person who never went to school could understand in how he actually spoke the words. I was always impressed by his performance more than anything.

HE: And how did his assassination affect you?

AB: As a kid I was leaning towards  Malcolm. I thought, “Shit on the future,  the time is now.” We were interested in apartheid in Africa. We were interested in freedom here, now, in the States. Martin’s dream became a nightmare. I loved when Malcolm said that power is never ever voluntarily given up. It must be forced. Even today you find that with the Tea Party and the Republican Party. There is a smell of racism and superiority. So the struggle  continues… Martin certainly paved the way for where I am now. This school where I am now was built for white kids to escape integration. They built this specifically for a private school for white kids. Specifically. And now I house an acting company here. And I’m sure they’d turn over in their  graves many times. So the struggle  continues… We’re still not in a King dream where white theater is going to embrace the black populace here in New Orleans. Theaters in this town are so far away from doing August Wilson works. So having this theater is a seat at the table, saying we have representation. So King ’s dream is alive (or Malcolm’s dream is alive) in that empowerment sense.

Monica, you’re playing a maid for the second time in a year. How do the characters compare?

MH: Technically, this is my fourth time playing a maid. My first time was in a ten-minute play festival. The second time was for the web series, Sunken City, and the third time was Clybourne Park. Camae kind of [puts] all of that  into perspective because she’s more than just this archetypal representation of the domestic black woman. She is Death incarnate. She comes in the form of a domestic servant and I think that’s really interesting.

What’s your theory on why Katori Hall did that?

MH: In Greek mythology, they talk about gods or supernatural beings coming in the form of animals or other people to help that person grasp whatever message is being sent to them  in a way that isn’t so overwhelming to them as a mortal.

What are you doing to get in character?

MH: [I’ve been] tapping into all the idolatry that I had for Martin Luther King, Jr. growing up as a little girl. My father is a huge advocate of Malcolm X. He even wears an “X” as an earring  in one of his ears, but ever since I was little he had a black and white image of Martin Luther King that he had framed  in the house; and aside from family and relatives, that was the only sort of idolatry item that he ever had. There  are a lot of moments in Camae’s scenes with Martin where she truly, just like everyone else, idolizes him. So [I’ve been] building that depth of tenderness and deep admiration, not like a groupie, but really being in the presence of a man who is changing the world.