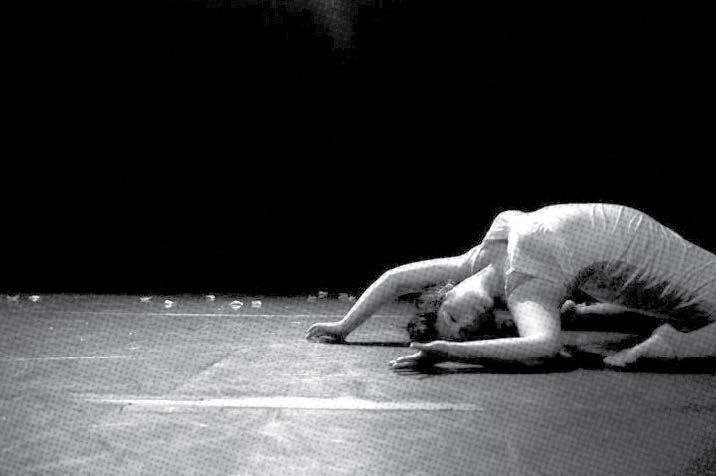 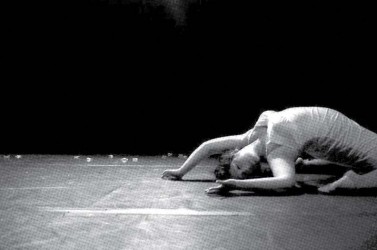 Cherry Galette felt a surge of excitement when the van pulled up at JFK Airport for the start of her first tour with performance troupe Mangos with Chili. “It was like: Oh my god! This is happening!” she tells me with a giggle in a recent conversation over coffee. “It’s so funny to think back to that  moment and just reflect on what a wild, magical, beautiful experience it’s been.”

In 2006, Galette (pictured) and Mangos co-founder Leah Lakshmi  Piepzna-Samarasinha pulled together a group of queer and trans artists of color from around the country while living in different cities and with zero financial support. This was eight years ago, before Kickstarter and the rise of crowdfunding. And while they had a feeling—rooted in their own experiences of alienation—that audiences were hungry for their work, they couldn’t turn to the internet for instant backing. They had to hit the road, crammed into a rental van with barely a tank full of gas, and travel from city to city presenting a cabaret-style evening of performances that ranged from burlesque to spoken word, packing houses with the sheer power of their fabulosity. Galette remembers being “Overwhelmed with feeling loved” as the group was received by full houses night after night, audiences eager to see their own experiences reflected in beautiful, cutting edge performance.

Eight years later, Mangos with Chili is celebrating their anniversary with another tour, stopping in New Orleans  this month with Whipped: QTPOC Recipes for Love, Sex, and Disaster. I sat down with Galette to discuss prayer, queer love and the Dance of the Red Dove.

After their initial tour, Mangos with Chili found a home in the San Francisco Bay Area where they developed a series  of signature shows that are resurrected every year with slightly different line- ups. Beloved, which honors queer  ancestors, is performed in November around Día de los Muertos. Whipped  happens every year for Valentine’s Day. Their approach to crafting these shows is curatorial. “I really like the idea of artists getting to develop work and bring it to our stages,” Galette explains. “I like the role of curator as weaving it together so it creates an overall narrative.” Every show offers a mix of fresh talent and longtime collaborators. “Artists who are really different in not only genre, but content and practice,” address the theme through multiple mediums and perspectives.

Of all the signature shows, Whipped  is Galette’s favorite because it’s about love. “Love is the impetus for everything that happens in the world,” she explains, “Any fight for change, any extending of yourself, comes back to love.” Queerness itself is rooted in different forms of loving and desire, making this the perfect theme for a company grounded in queer identity. Galette remembers longing for queer  love as a teenager growing up in Oakland, California. Once she got in trouble at home and her punishment was being sent off to pray. “I remember being in my room praying and I was like ‘One day I’m going to have this fabulous  queer life and these fabulous queer  loves.’” Galette often thinks back to that  moment when working on Whipped, honoring “all the people I’ve loved and what they’ve had to do in order to lead their adult queer lives.”

Prayer has been a theme of life in New Orleans for Galette, who splits her time between the West Coast and the Gulf Coast. “I think it’s allowed me to engage deeper with my Catholic roots,” she says. “It’s made me think about  queering prayer.”  Galette cites the St. Roch cemetery as a repository for queer prayers. On her first visit to the cemetery’s small chapel she discovered an altar filled with dusty offerings: old leg braces, stuffed animals, butterfly wings. Galette encountered an older man outside the chapel who launched into the history of the cemetery, explaining that St. Roch is known as the patron saint of miraculous cures. This struck Galette as inherently queer. The man revealed that he was gay and HIV positive. He had taken it upon himself to maintain the small chapel where people came to pray for such cures.

The flip side to these magical New Orleans encounters is the racism  that is often present in queer spaces. Endless Gaycation, a queer arts and culture festival, was rocked by news of a potential blackface drag performance at the Allways Lounge. The performance was banned from the festival and a panel discussion was planned that  somewhat addressed the incident. Galette led a dance workshop for the festival that was advertised as being a healing space for queer and trans  people of color only. She received hate mail as a result of this stipulation.

Resisting racism in queer spaces was one of the initial reasons that Mangos with Chili was founded and this challenge is as relevant today as it was eight years ago. Over time, this focus has expanded to included accessibility,  an issue that Galette sees as intimately tied to environmental racism. “There’s a lot to say around bodies of color and the various things that bodies of color experience in ways that white bodies don’t,” she explains, citing labor conditions as an example of an inequity  that affects health and wellness. Through a long process of growth, the company developed policies of taking care of themselves and their audiences. “[We want] everyone to be able to experience our shows,” Galette says.

“If you can’t be there then I don’t want to go either.” To that end, the company  seeks venues that are wheelchair accessible and invites the audience to be fragrance free. They have also started live-streaming shows to make them available to people who can’t leave their homes either because of disabilities or other challenges such as lack of childcare.

It’s clear from listening to Galette that  love is not only the topic of Mangos with Chili’s touring production, it is also the driving force behind their  success and longevity. When asked how they have survived for so long without core funding she replies, “It’s been a labor of love. There were certainly moments where we thought we can’t do this any more. But there’s never been an option not to. It was part  determination, part hustle.”

Those who attend Whipped will be in for a carefully crafted confection of heartfelt stories about “the transformative power of queer love.”

Galette is touring with three pieces that  she rotates based on the performance venue. One of these pieces is called the Dance of the Red Dove, inspired by a mythical bird that was beloved by her grandmother. According to lore, the red dove arrived carrying messages  from a loved one, either the beloved or someone who had passed on. As a child, Galette was fascinated by the story and the idea of sending messages across space and time. Today, as she herself  travels the country with messages about love, the dance reminds her that  “Queer people of color love and how we often have to travel distances to find each other. How each love stays with you and transforms you.”

Whipped: QTPOC Recipes for Love, Sex, and Disaster is at Café Istanbul on Thursday, February 13th at 9 p.m. A valentine exchange will follow the show. For more info, check out mangoswithchili.com.