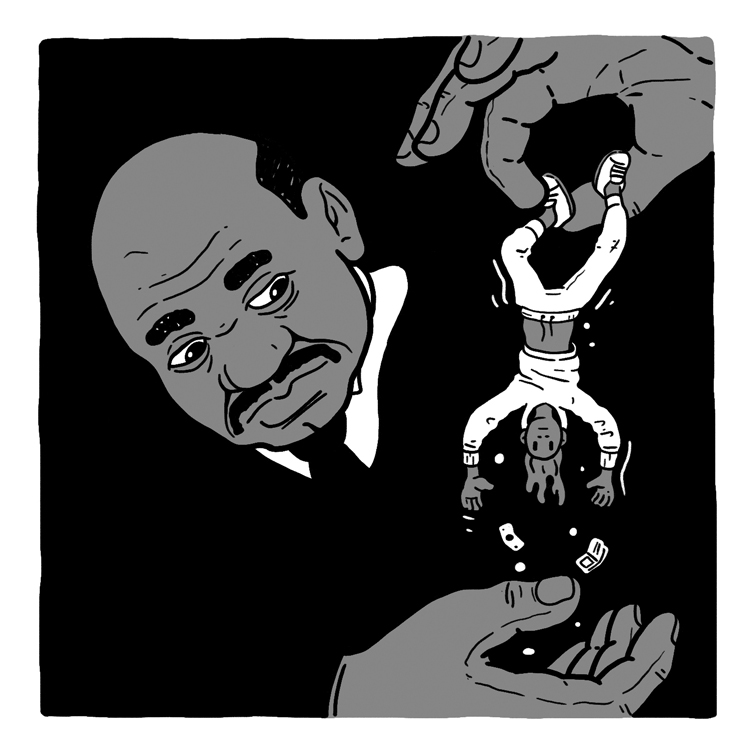 As he told his lawyers in a recent class action case, Reynaud Variste was sleeping when officers armed with assault rifles and military gear stormed his house, handcuffed him at gunpoint, and hauled him off to jail. When Variste asked what was happening, he said the officers told him not to be so worried—he simply owed some old court costs and fees.

Variste, it turned out, owed the Orleans Criminal District Court around $1,600, which is pretty typical for someone finding themselves on the wrong side of the judge’s bench in New Orleans. The court, like practically all courts in Louisiana, charges fees just for getting drawn into the law’s orbit. Did you get snagged by a traffic camera? You’re helping fund the public defender’s office, which is funded precariously on traffic tickets. Do you need a public defender because you don’t have enough money for a lawyer? That will be $40 to apply—nonrefundable.

Fees are required for almost every type of court case, and they make up around a tenth of the court’s total funding. Nonrefundable fees from bail bonds total almost $1 million a year. They’re not unique to Louisiana, but what does make them unusual is that the judges who decide, for instance, how much Variste owes in bail, are the same judges who get a slice of that bail.

Variste’s case, and a similar one focused on bail fees, delivered a one-two punch to the court’s funding scheme in August of last year. The court is appealing; but for now, judges are not allowed to assign fees or bail amounts, at least without giving the person a chance to prove they can’t afford it. “Due process requires that Judge [Harry] Cantrell make an inquiry regarding an arrestee’s ability to pay and consider alternative conditions of release,” Federal Judge Eldon Fallon wrote in Caliste v. Cantrell, the bail case. “However, Judge Cantrell also has a financial interest in these determinations.’’

Once the officers had dropped him off in jail, Variste was stuck until he could make his payments to the court. A group of civic-minded lawyers claimed this constituted an illegal “debtors’ prison,” and filed suit.

Debtors’ prisons have been outlawed since Dickensian times, at least in the United States. In the 1980s, though, the Supreme Court ordered that people must also be given a chance to prove that they can’t make payments (Bearden v. Georgia). Otherwise, incarcerating them for payments they can’t make would indeed be tantamount to operating a debtors’ prison, the justices said. It is this 1983 decision that New Orleans judges ran afoul of.

“Once locked in jail,” the lawyers wrote in Cain v. City of New Orleans, the case about court fees, “each person was told that they had no court date set and that they would not be released until they paid the entirety of their debts or posted a preset $20,000 secured money bond. No inquiry was made into their individual circumstances, their ability to pay, or whether they constituted a danger to the community.”

For Variste, several days passed while he tried to figure out what was going on, thanks to the court’s “policy of indefinite detention” for Collections Department cases. Thaddeus Long, another resident mentioned in the suit, was jailed for almost a week before the court finally realized he had already paid his fees. They let him out as soon as they’d realized the error, but he’d already missed a week of his new job, which he lost soon afterward.

Federal judges agreed with Long’s lawyers, saying these are cases where the court should have done some due diligence as to whether Variste and Long could pay. Judge Cantrell started to do so, but that wasn’t enough. The federal court declared it an unconstitutional conflict of interest, and now it’s up to the Orleans Parish judges to figure out what to do next. In August, the New Orleans Advocate reported that the court has already rescinded thousands of arrest warrants for people who owed fees.

“Both rulings make the point that the court may not benefit from bail bond fees or conviction fines and fees and has a conflict of interest,” said Jon Wool, the Director of Justice Policy in the New Orleans office of the Vera Institute of Justice.

Technically, these decisions are only binding on the Orleans Criminal District Court, which means the rest of the state’s courts can carry on business as usual. But Wool said the others will likely feel the influence of the New Orleans decisions. “It’s strong writing on the wall that what’s happening in every state court is unconstitutional,” he said.

Months out from this summer’s judicial decision, that remains unclear. Wool said he hopes the finding sparks major change, but if the judges find a way around it, it may be hard to enforce. “Unless the city and court agree to end money bail and conviction fees along with funding to replace the lost revenues, it’s going to be a significant oversight challenge to ensure the court abides by the two rulings,” he said.

Replacing the lost revenue may be tough. Not only did the fees provide a substantial amount of money, they account for about a quarter of the Judicial Expense Fund, which the court uses to pay for things like staff salaries and office expenses. In his defense, Judge Cantrell said these fees don’t constitute a conflict of interest because he could always get the money elsewhere.

“The Court approaches this claim with some incredulity,” Federal Judge Fallon responded. “Given the substantial percentage of the Fund coming from bond fees, the Court finds it implausible that these revenues would be easily replaced by solicitation of state and local officials.”

The court requested an additional $1.47 million from City Council after the decision came down in August. Last year, it received around $3 million. “[We don’t want to have] to come back to you all constantly to ask for money,” Chief Judge Keva Landrum-Johnson told the council. “We don’t like to be in this position. We know that it is a rough position for the city, it is a rough position for the court. And it is becoming increasingly more difficult due to the fact that we are under that federal litigation.”

The judges noted that the city has an obligation to fund the court—but they still may need other funders. As tough as it is to get support, advocates say the poor shouldn’t be the ones footing the bill. A full 85% of New Orleanians in the court system are so poor they can’t afford a lawyer. Yet those same people are not questioned as to whether they can afford to pay hundreds or even thousands of dollars in court fees. They are simply expected to pay it, or go to jail. A study last year by the Vera Institute found that these fees extract more than $9 million a year from mostly poor, Black communities in New Orleans.

“The failure to directly fund the justice system forces its agencies, principally the courts, to squeeze money from the people who are least able to afford it,” the researchers wrote. “Also, black New Orleanians are jailed at one-and-a-half times the rate of white New Orleanians for failure to pay conviction fines and fees.” 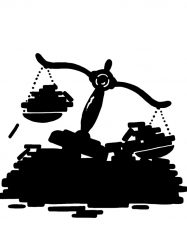 To be fair, not a lot of people in New Orleans do end up in jail for failing to pay their fees, Wool acknowledged. On one day of the study, he said only 10 of the 1,500 jail inmates were there because they hadn’t paid a debt. But it’s far more common for people to be waiting solely because they couldn’t make bail. Wool’s research shows that that ratio is more like three out of 10.

Wool said he thinks these New Orleans cases are part of a larger national movement against inflated bail and over-incarceration. New Orleans’ juvenile court, a separate court that was not sued, decided soon afterward to drop fees altogether. Myesha Braden, director for the Criminal Justice Project at the DC-based Lawyers’ Committee, said she thinks other courts are going to need to follow suit. When revenue and criminal justice become conflated, she said, “there’s a negative effect on democracy overall.”