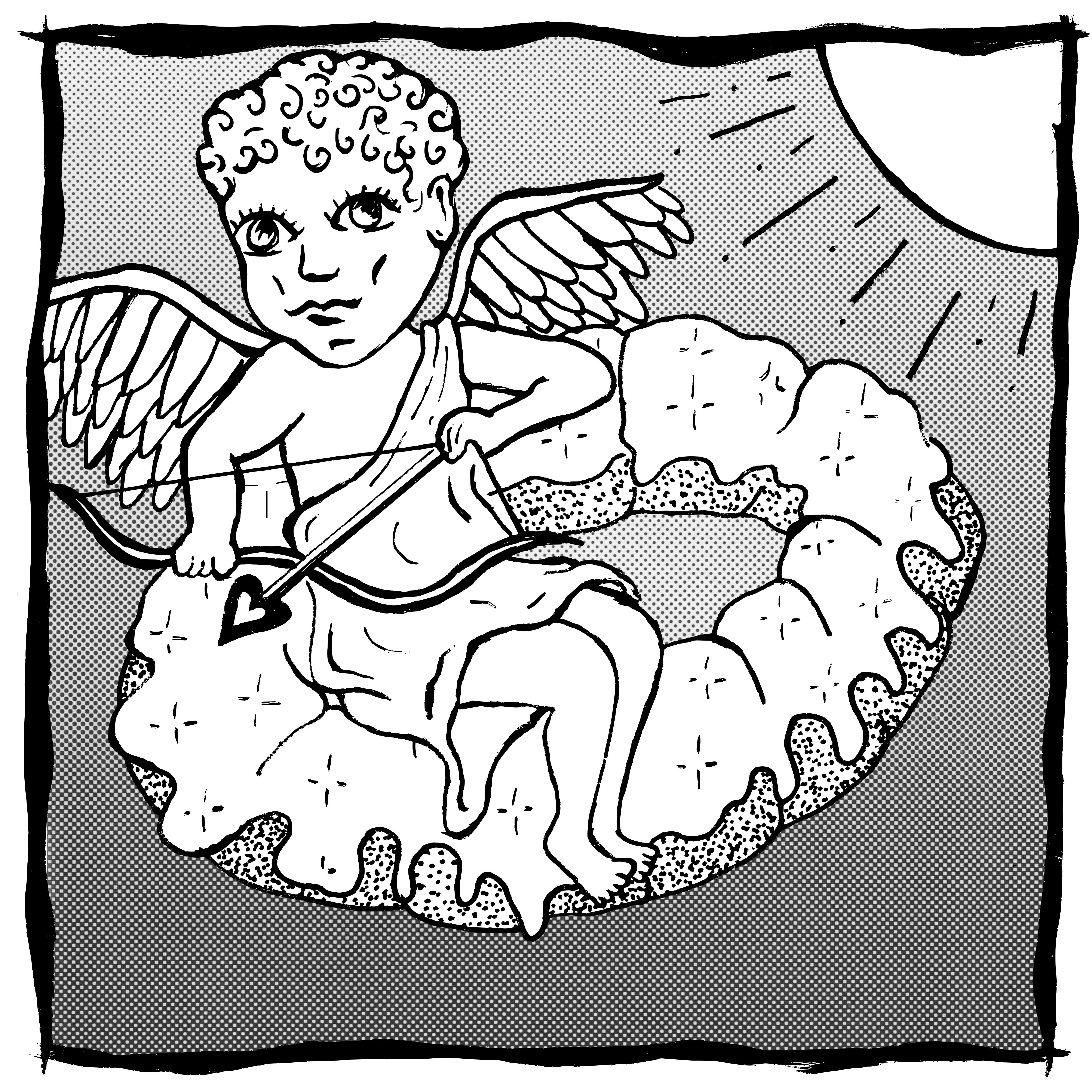 I’m baaaack. You didn’t think I could stay away during Carnival did you? There were so many new king cake options this year, I just had to chime in. No ratings because I love and respect every single person who’s working in the service industry right now; if you’re willing to make me a king cake, you rule!

Now, I tend to be a traditionalist about king cakes and most of these below fall into the nebulous “Is this a king cake or just a big old pastry” category (Pink Parade and ChocoZulu, I’m looking at you specifically) but I had fun trying a bunch of new sweets! And this year, I’ve included two vegan cakes—one of which is gluten free—for all of you sweeties who are on special diets.

This is, hands down, the prettiest, most high femme king cake around. It’s Barbie pink, extremely glittery—the shimmer is turned up to 100 on this baby—and covered in edible pearls. Ooh-la-la. This cake seems tailor-made for those of us who enjoy celebrating Valentine’s Day as its own sub-holiday during Mardi Gras, or for people who like to Instagram all their meals. Taste-wise, the non-filled portion is a rather classic, if dense, brioche. The filled section tastes like frosted strawberry Pop Tarts or a creamy strawberry cocktail. I’ve personally never been a fan of fruit-filled king cakes (except for the guava one from Norma’s Bakery, because it’s essentially a big Cuban pastelito) so you’ll have to take this with a grain of salt. While I think this one is visually stunning, I probably wouldn’t go back for it unless I was having a Valentine’s party or a Barbie themed day. It’s gorgeous and fairly tasty, but is it a king cake? (Available for pickup at Congregation Coffee, Lagenstein’s, The King Cake Hub, Brennan’s, Ralph’s on the Park, and Cafe NOMA)

I love anything coffee flavored, so I was hype to try this one. If you ever had Cake Cafe’s king cake in the past, you probably know what to expect: a very dense, dry cake with Jackson Pollock-esque purple, green, and yellow icing splattered all over it. A rivulet of coffee-flavored cream cheese and ground espresso runs through the center. Y’all—this made me want a latte. I really enjoyed the coffee cream cheese center; it was tangy and slightly bitter, which contrasted nicely with the sweetness of the cake. I should note that my tasting companion hated the grittiness of the ground espresso in the filling, so if you’re sensitive to texture, be warned. I wouldn’t have noticed it, but I’m also pretty laissez-faire regarding texture. My only issue with this one was how dry it was, even with the cream cheese running through it. This is one of those you really need to eat quickly, because it became a little brick pretty fast. (Available at The King Cake Hub or online at noccamarketplace.com for pickup at Press Street Station)

I’m throwing this one in there because I had several people ask if I knew of a gluten-free option. I felt like I owed it to them to try out the only one I could find. Are there other gluten-free options out there? Let me know! I found it interesting that this cake was red and white, not the purple, green, and gold that I’ve come to expect, especially from a cake that is branding itself as traditional. Texture wise, this was much denser than most king cakes; it was almost like a Mexican concha. It was quite cinnamony and very sweet. The icing was my favorite part, even though I did think it was a little too sugary. I honestly wouldn’t buy this again unless I explicitly needed a gluten-free cake, because the texture and vibe veers too far off from a traditional king cake for me personally. But I love that there are more options out there for people who have special or restricted diets.(@vivalas_vegan on Instagram, orders can be placed at gazzmfood.com, pickup site near the VA Hospital)

I rarely discuss costs, but I do have to note that this was the most expensive king cake I’ve ever purchased, so I was expecting big things. Aesthetically speaking, it was quite pretty: the marshmallow fluff was toasted, giving it a meringue-esque appearance, and the cake was topped lightly with purple, green, and gold Randazzo-style sprinkles and big hunks of bacon. Here’s what works: bacon and browned marshmallow fluff. It’s probably a horrible idea healthwise, but I kind of just want to dip bacon in fluff from here on out. It’s an amazing flavor profile of salty and sweet. Guys, should we be adding bacon to s’mores? OK, so here’s what didn’t work for me: banana. I love bananas, but they completely overpowered everything else going on here. I didn’t taste the peanut butter at all, and once I got a bite of banana, I couldn’t taste anything else. Also, the dough completely delaminated while baking, so there were giant spaces between the filled layers and the filling, which made this semi-difficult to eat. I have to say, however, that it was my tasting companion’s absolute favorite cake we tried. So while the banana didn’t work for me, it’s obviously a question of personal opinion. (Pickup available at 930 Tchoupitoulas)

This king cake was gorgeous: a golden brioche topped with a shiny ganache, roasted coconut, and colored sugar sprinkled on top. It was warm when I picked it up—yes! Y’all, this cake was so delicious. The brioche was extremely dense but with nice defined layers where the braids in the dough overlapped. The ganache was truly a marvel; I have no idea how it was made without heavy cream and still managed to be so rich and decadent. I’m also confused, yet delighted, by a brioche made without eggs and butter. But dammit, it works. If you’re in the market for a vegan king cake—or you just want an intensely chocolate one—I’d recommend this completely. I was very happy to eat this for breakfast for days after I bought it. It’s just so good! But…is it a king cake?(DM @themidnightaltar on Instagram to order; pickup site in the 7th ward)

I’m glad I tried all these wild ones, but the traditional style still has my heart. I love y’all! Happy Mardi Gras, babes. 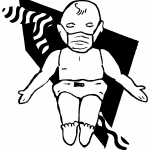